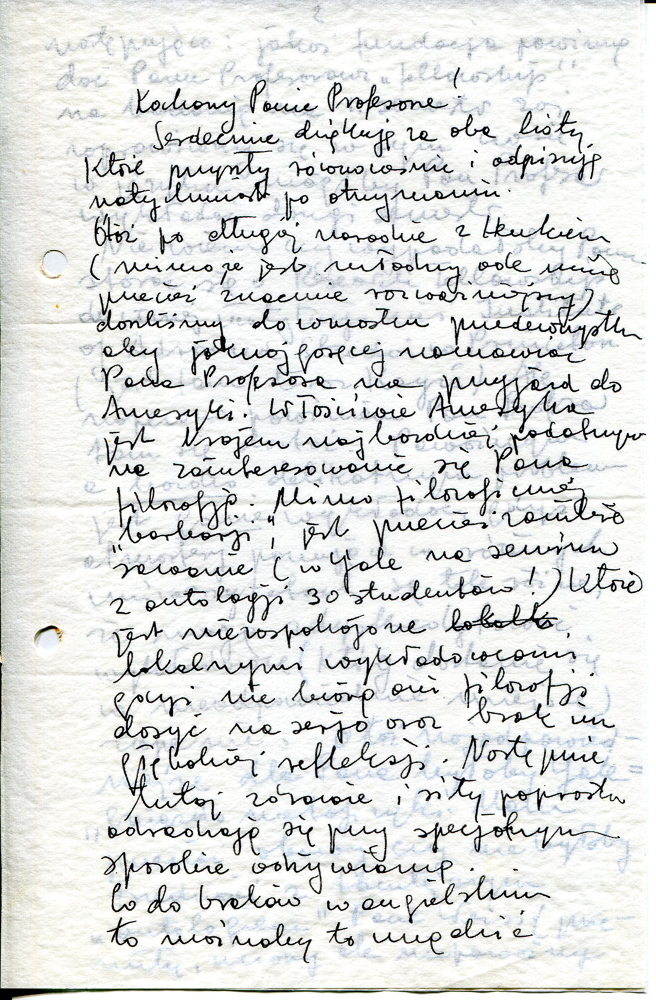 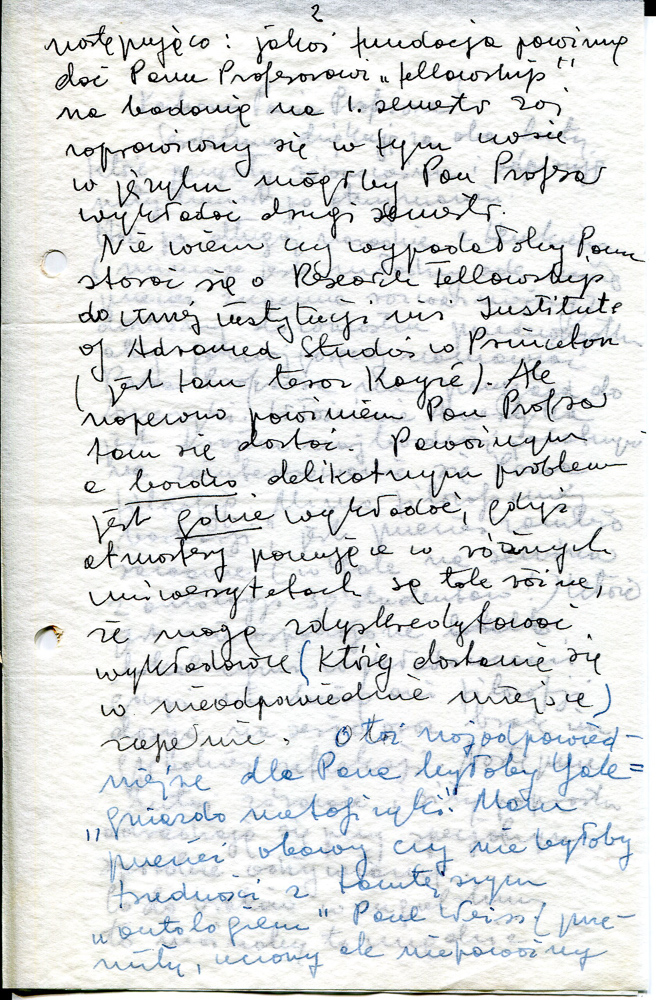 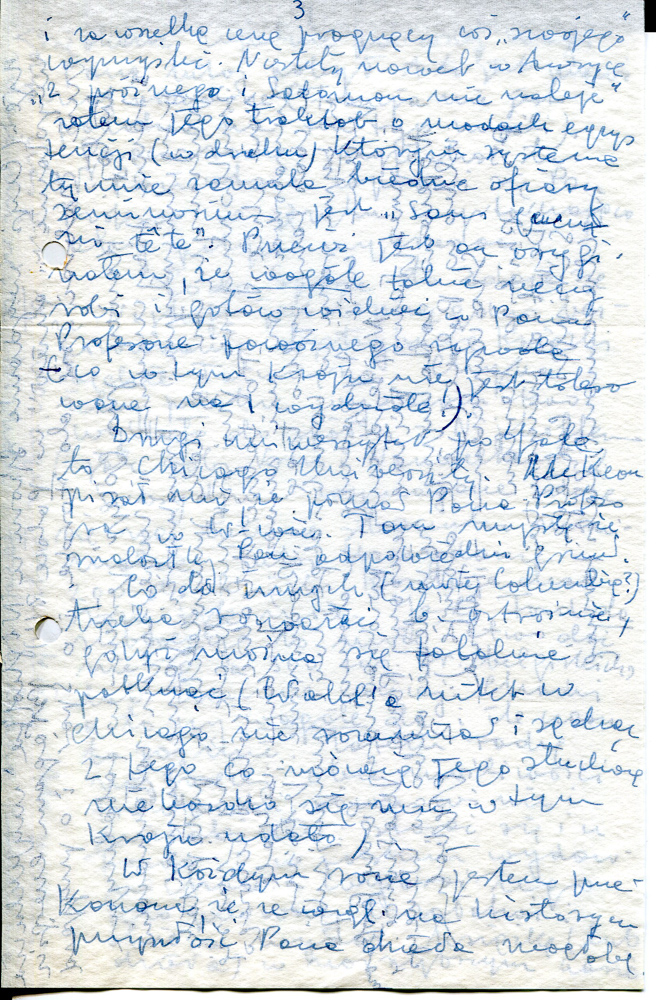 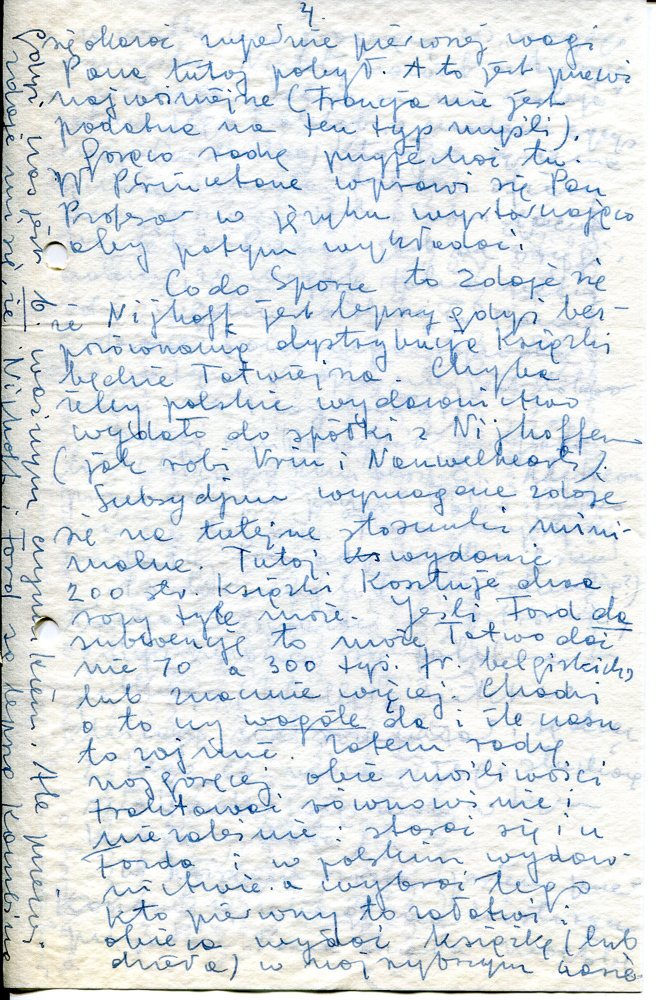 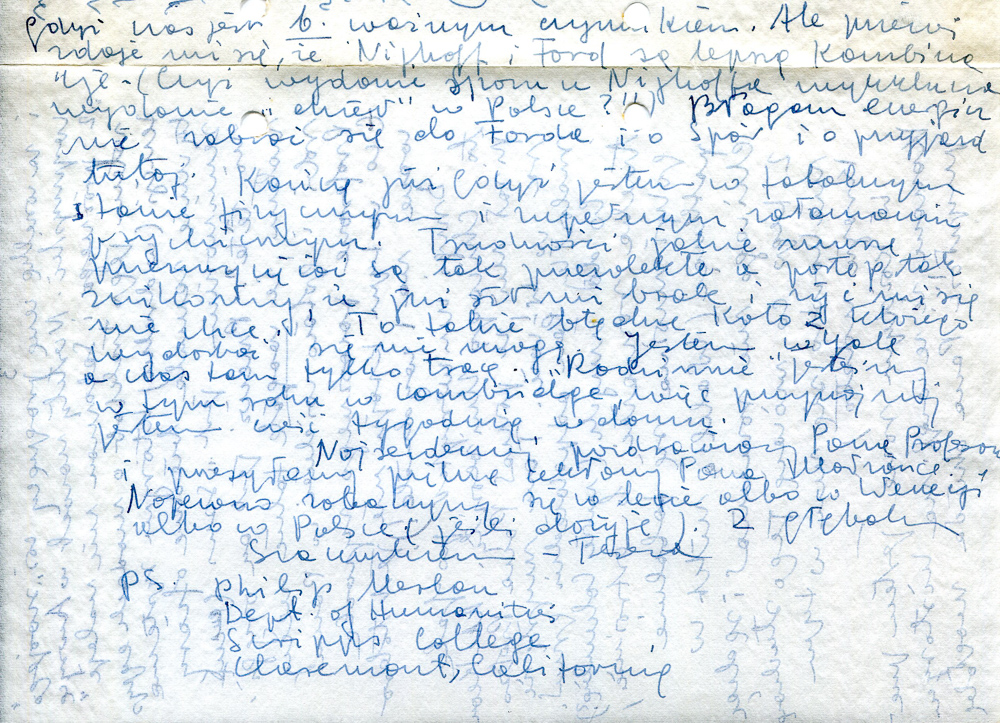 v         Thank you very much for both letters which arrived simultaneously and which I am replying to immediately upon receipt.
v         Well, after a long consultation with Henk (although he is younger than me, he is, after all, much more prudent), we came to the conclusion to strongly urge Professor to come to America. Actually, America is the country most susceptible to interest in your philosophy. Despite the philosophical “barbaria,” there is interest (in Yale at an ontology seminar of 30 students) that is unsatisfied with local lecturers, as they do not take philosophy seriously enough and lack deep reflection. Additionally, health and strength are simply reborn here, with the help of a special diet. As for the shortcomings in English, it could be arranged as follows: some foundation should give Professor a “fellowship” for research for the first semester, and having improved the language after, you could teach in the second semester.
v         I do not know if it would be appropriate for you to apply for a Research Fellowship to an institution other than the Institute of Advanced Studies in Princeton (Koyré is there now). But you would surely get it. A serious and very delicate problem is where to lecture, because the atmospheres of different universities are so different that they can discredit the lecturer (when they go to the wrong place) completely. Yale would probably be the most appropriate for you – as the “nest of metaphysics.” I do, however have some concerns whether there wouldn’t be difficulties with the local “ontologist” Paul Weiss (a kind scholar, but not serious enough, who is always trying to come up with something “of his own” at all costs. Unfortunately, even in America “you cannot pour from an empty cup”, therefore his treatise on modes of existence (in print), which he systematically bores the poor victims of his seminar with is “sam XXX tête.” After all, he is an odd one that he does such things at all and might see Professor as a serious rival – which in this country is not tolerated in the faculty!).
v         The second choice after Yale would be Chicago University. Merlan wrote to me that he met Professor in Warsaw. I think you would find a fertile ground there. As for the other ones (maybe Columbia?) one has to think it through very carefully, because you can stumble terribly (no one in Chicago considered Wahl and judging from what his listeners say he did not succeed in this country)
v         In any case, I am convinced that due to for the historical future of your work, it could turn out to be of utmost importance for to your come here. And this is, after all, the greatest thing (France is not susceptible to this type of thought). I strongly advise you to come here. You will surely become will be proficient enough in the language to lecture after Princetone.
v         As for the controversy, it seems that Nijhoff is better, since the distribution of the book will be incomparably easier. Unless the Polish publisher publishes it in cooperation with Nijhoff (as Vrin and Nauwelarts do). The required subsidy is minimal based on the conditions here. Publishing a book of 200 pages can cost twice as much here. If Ford gives a subsidy, it can easily be 10,000 to 300,000 Belgian francs, or much more. It is more about whether he will provide it at all and how much time it will take. Therefore, I advise you to treat both possibilities equally and independently: try to publish both with Ford and with the Polish publishing house and choose the first one who will do it and promise to publish the book (or works) the fastest, as time is a very important factor. But I think Nijhoff and Ford are a better combination. (For does the release of the Controversy with Nijhoff preclude the publication of “works” in Poland?) I am begging you to vigorously take on Ford and the Dispute and to come here. I am finishing because I am in terrible physical condition and in a complete mental breakdown. The difficulties that I have to overcome are so stretched out and the progress is so insignificant that I am drained and losing the will to live. It is a vicious circle I cannot get out of. I am in Yale and I am only wasting time there. “Family-wise” we are in Cambridge this year, so at least I am home part of the week.
v         Cordial greetings for you, Professor and bows and curtsies for Madam. I will definitely see you in the summer, either in Venice or in Poland (if I survive). With deepest respect – Teresa

Attachment to letter to the Committee of the Library of Classics of Philosophy written 30.09.1952