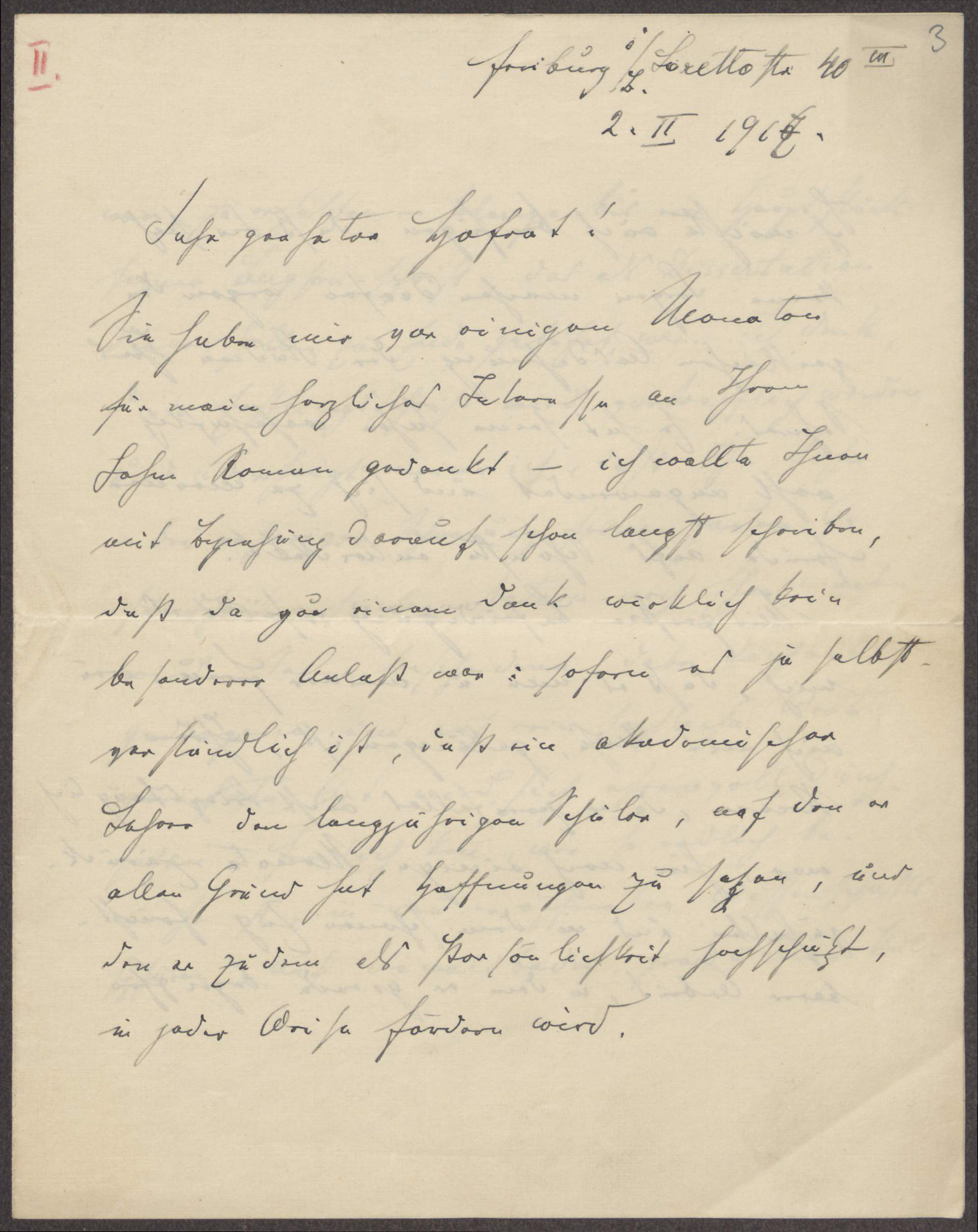 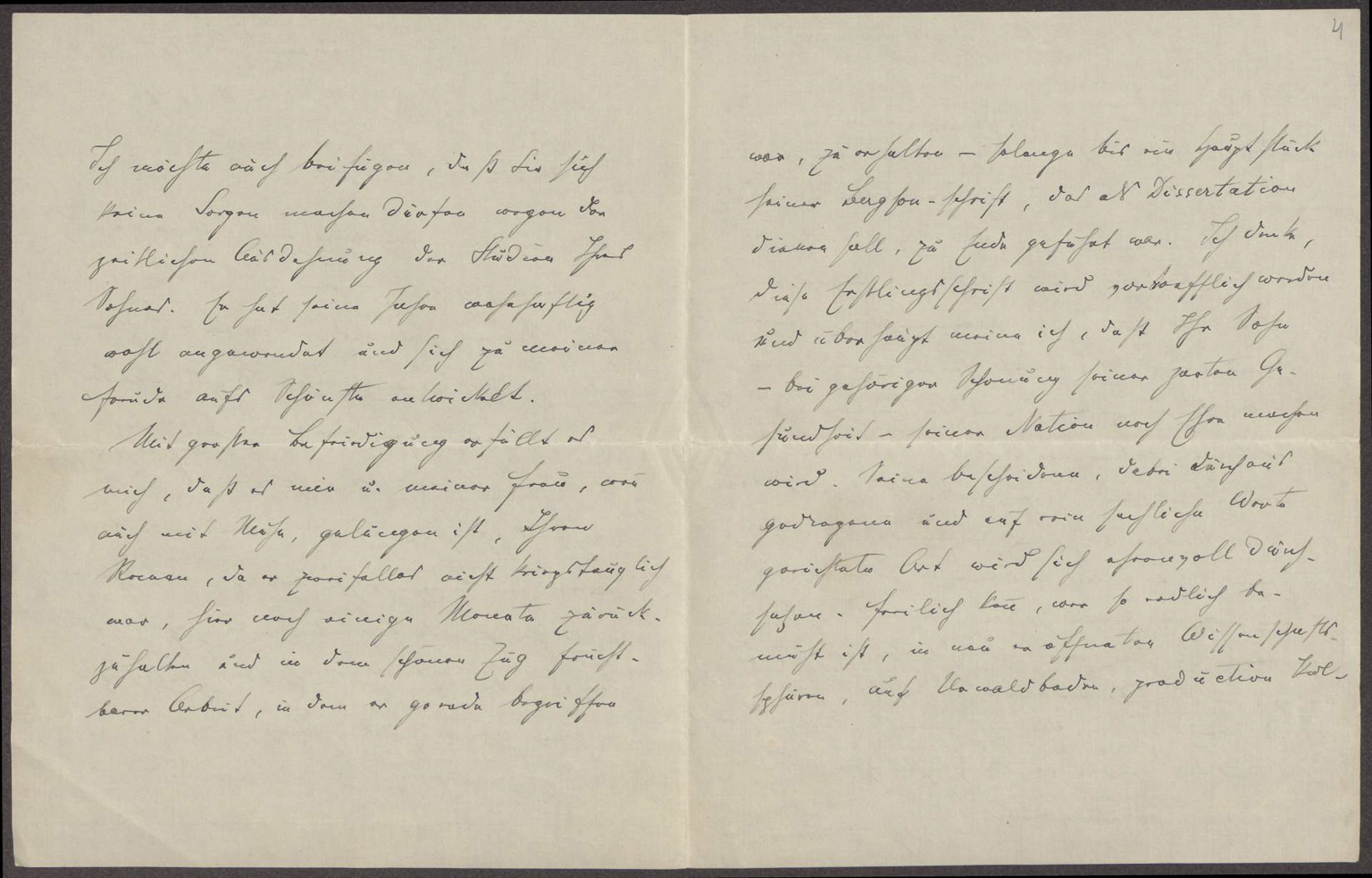 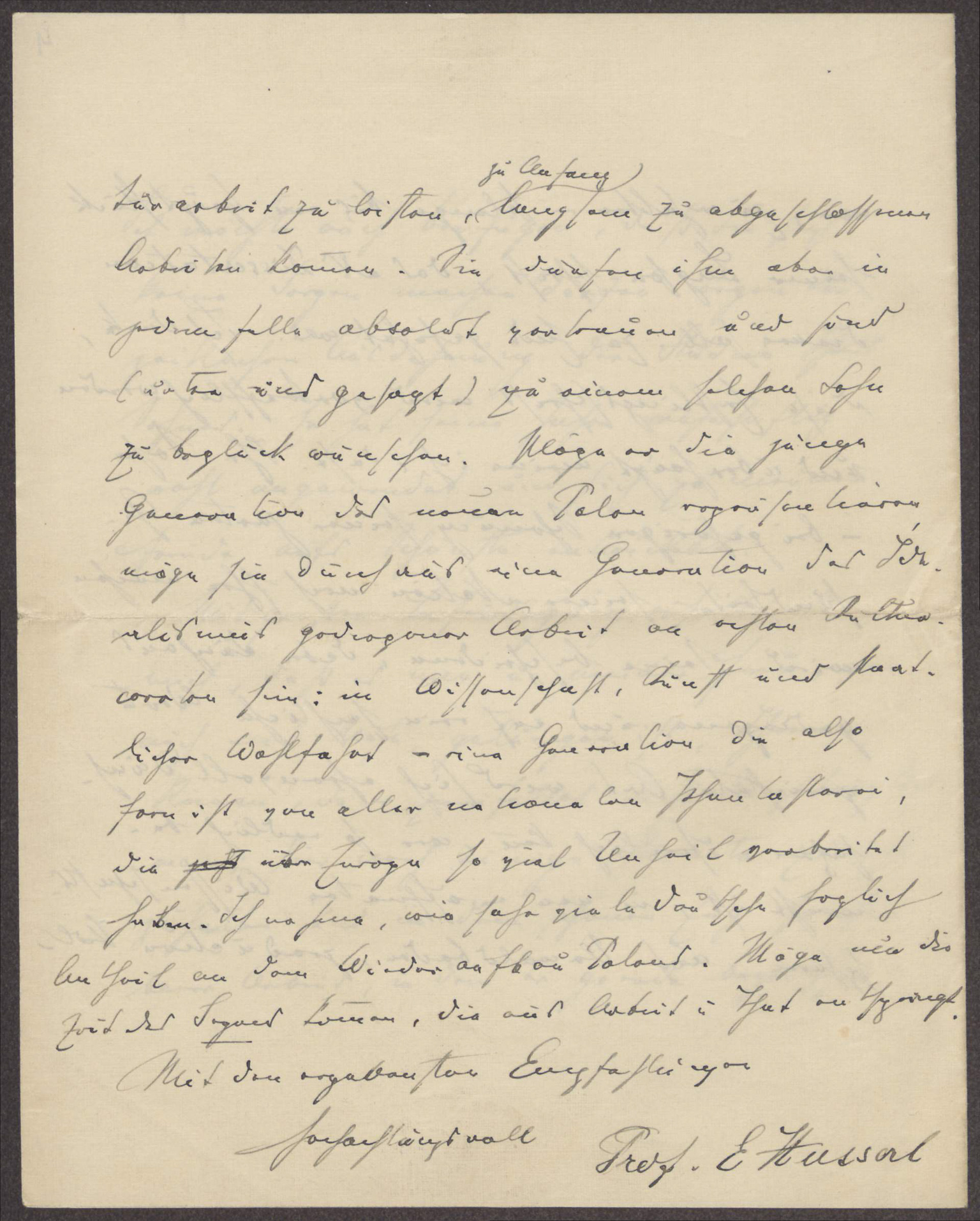 You thanked me a few months ago for my heartfelt interest in your son Roman. I have wanted to reply for a while now to let you know that there is really no special reason for a thank-you, since it is only natural for an academic teacher to encourage and support a long-time student who, for many reasons, inspires hope and whose personality he highly appreciates.

I would also like to add that you should not worry about the duration of your son’s studies. He has truly used his years well and, to my delight, has developed in the most beautiful way.

It gives me great satisfaction that my wife and I succeeded, though with difficulty, in keeping your Roman around us for a few more months as he was unfit for war, no doubt about that, and to let him continue the fruitful work he had started – just long enough for him to complete a major piece of his Bergson paper, which is to serve as his dissertation. I am convinced that this first paper will be excellent, and I believe that your son, provided he takes care of his tender health, will do honor to his nation. His modest yet thoroughly dignified and matter-of-fact personality will prevail honorably. Of course, those who honestly endeavor to work in newly opened spheres of science, on jungle soil, and complete productive cultural work, can only complete their work slowly in the beginning. But in any case, you can absolutely trust him, and (between you and me) you are to be congratulated on your son. May he represent the young generation of the new Poland; may it be a generation of the idealism of solid work on real values ​​of culture: in science, art, and public welfare – a generation so far from the folly of nationalism that has brought so much doom over Europe. I, like many Germans, sincerely care for the reconstruction of Poland. May now come a time of blessing, resulting from work and action.