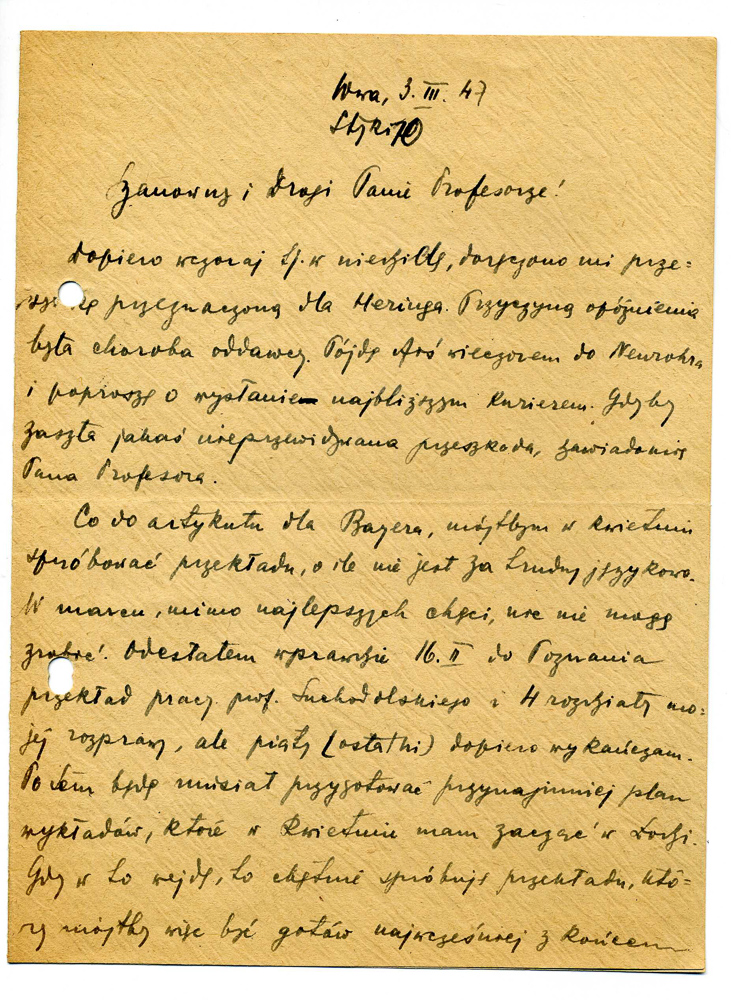 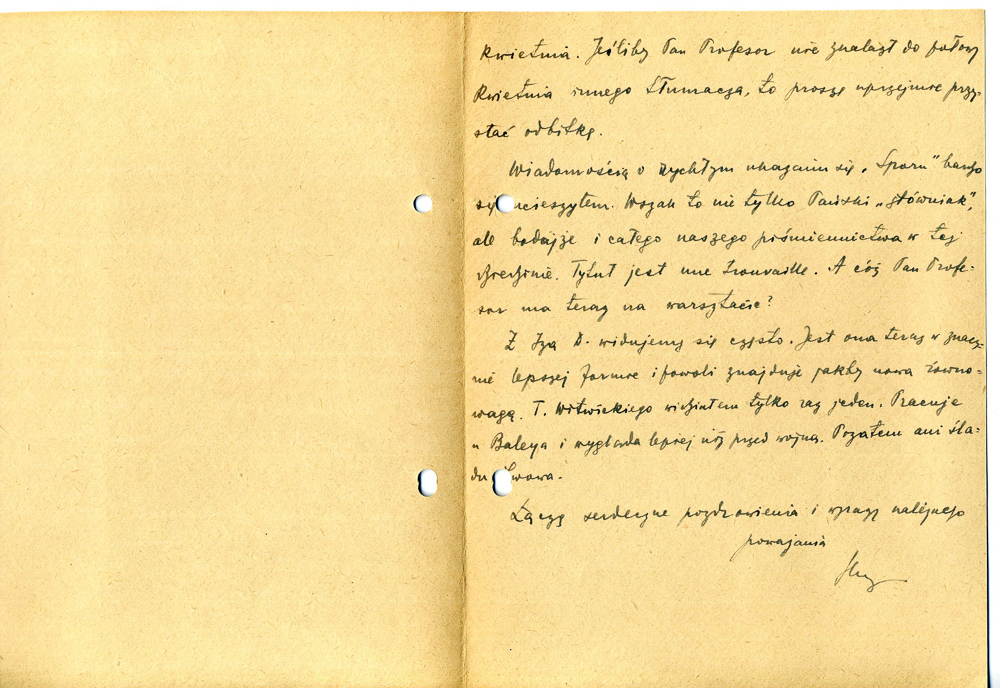 c   it was only yesterday, i.e. Sunday, that the package meant for Hering was delivered to me. The reason for the delay was the sender’s illness. I’m going to see Neurohr tonight and ask a courier to be sent as soon as possible. If any unforeseen obstacles occur, I’ll inform you.

As for the article for Bayer, I might attempt a translation in April if it isn’t too difficult in terms of language. In March, despite the best intentions, I can’t do anything. I sent a translation of Prof. Suchodolski’s paper to Poznań on 16/2 along with 4 chapters of my dissertation, but I’m just finishing the fifth (last). After that, I’ll have to prepare at least a plan of the lectures I’m supposed to start in April in Łódź. When I get into this, I’ll gladly attempt the translation, which accordingly may be ready at the end of April at the earliest. If you don’t find another translator by mid-April, please send me an offprint.

c   I was very pleased to hear about the imminent appearance of Spór [o istnienie świata; Controversy over the existence of the world]. After all, this is a key work, not only of yours but also probably of all of our literature in this field. The title is une trouvaille [French: a find]. And are you working on something now?

c   I see Iza D. often. She’s in much better shape now and is slowly finding a new equilibrium. I’ve seen T. Witwicki only once. He works for Baley and looks better than he did before the war. Otherwise, not a trace of Lviv.

c   I enclose cordial greetings and expressions of due esteem