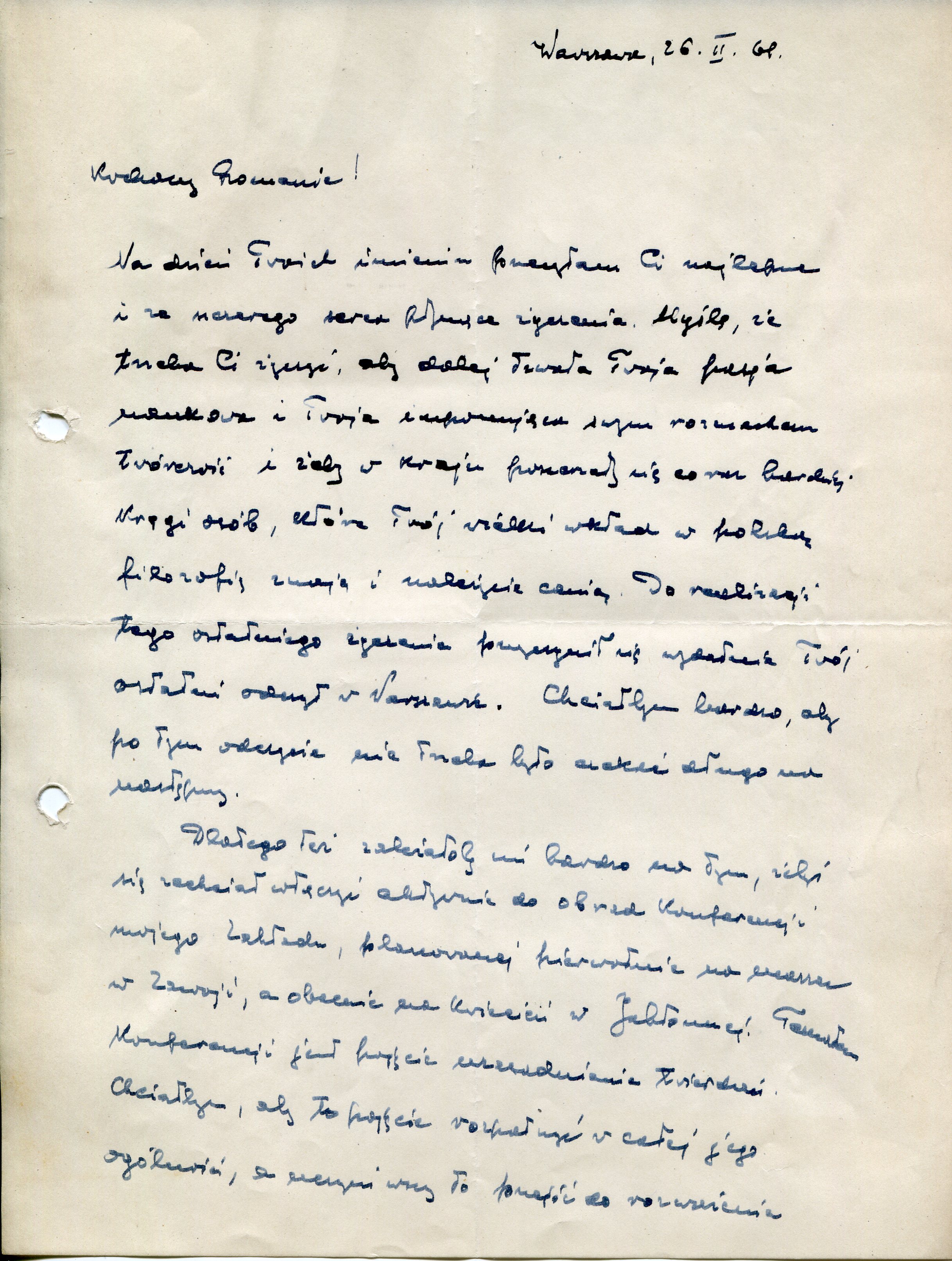 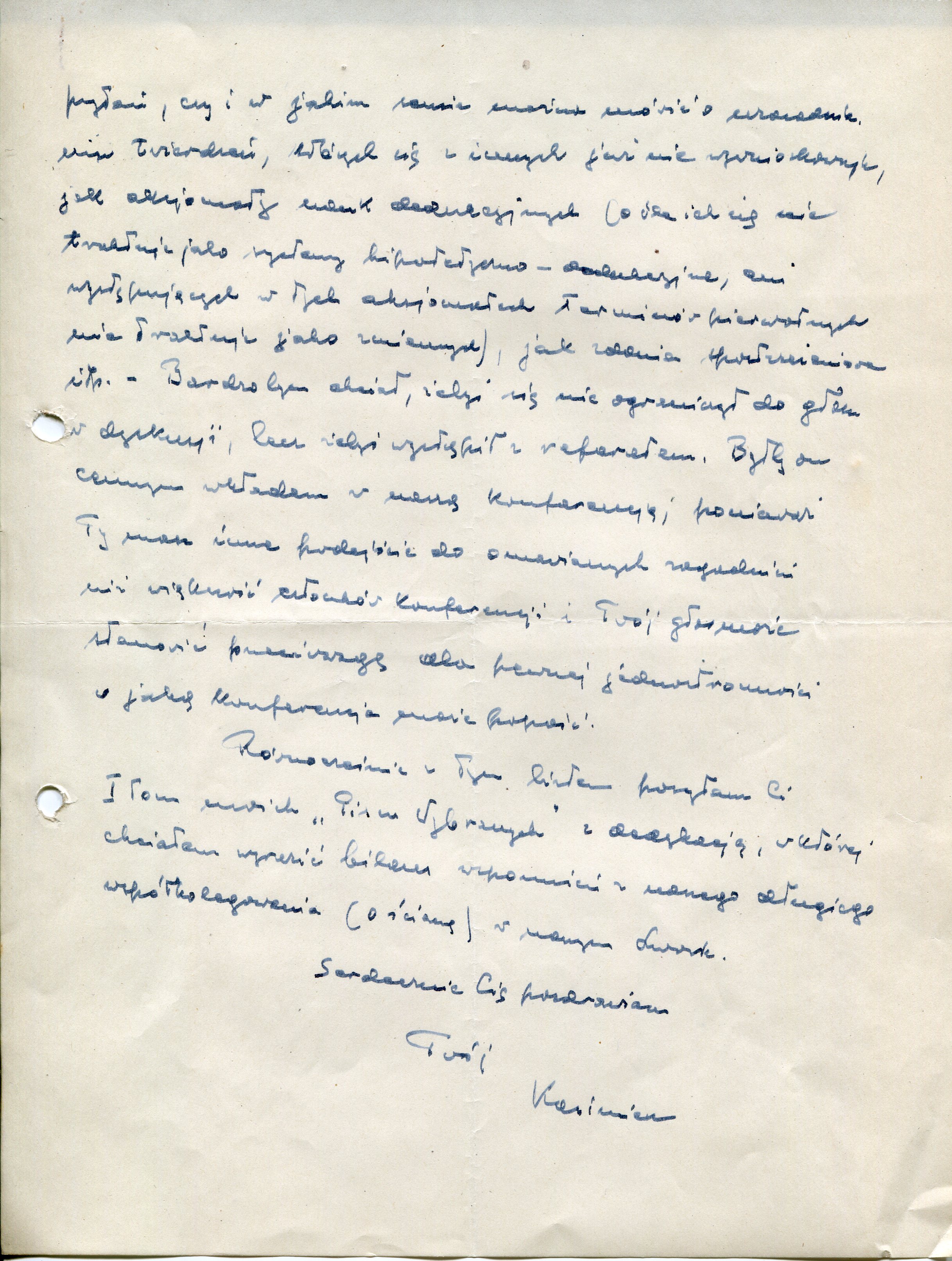 On your name day, I send you sincere best wishes straight from the heart. I think this is a difficult wish: that your scientific passion and the impressive momentum of your creativity may endure and that the circle of people in this country who know and properly appreciate your great contribution to Polish philosophy may be continually expanded. Your last lecture in Warsaw has contributed significantly to the fulfilment of this last wish. I’d like it very much if, following this lecture, there were no need for a long wait before the next one.

Thus I’d be very happy if you’d join, as an active participant, the sessions of my Department’s[O1]  Conference, planned originally for March in Zawoja and at present for in April in Jabłonna. The theme of the Conference is the concept of justification of statements.
I would like to consider this concept in its entirety, and, that being done, to move on to consideration of the questions of whether and in what sense it is possible to speak about the justification of statements which cannot be inferred from others, such as axioms of deductive sciences (insofar as they are not treated as hypothetical-deductive systems and the original terms appearing in these axioms are not treated as variables) or observational sentences, etc. – I’d like it very much if, rather than limiting yourself to being a voice in the discussion, you could present a paper. It would be a valuable contribution to our Conference, because you take a different approach to the issues to be discussed than most members of the Conference and your voice can constitute a counterweight to a certain unilateralism to which the conference is prone.

Along with this letter I’m sending you the first volume of my Selected Writings, with a dedication in which I wanted to commemorate our long co-residence (by the wall) in our little mansion.