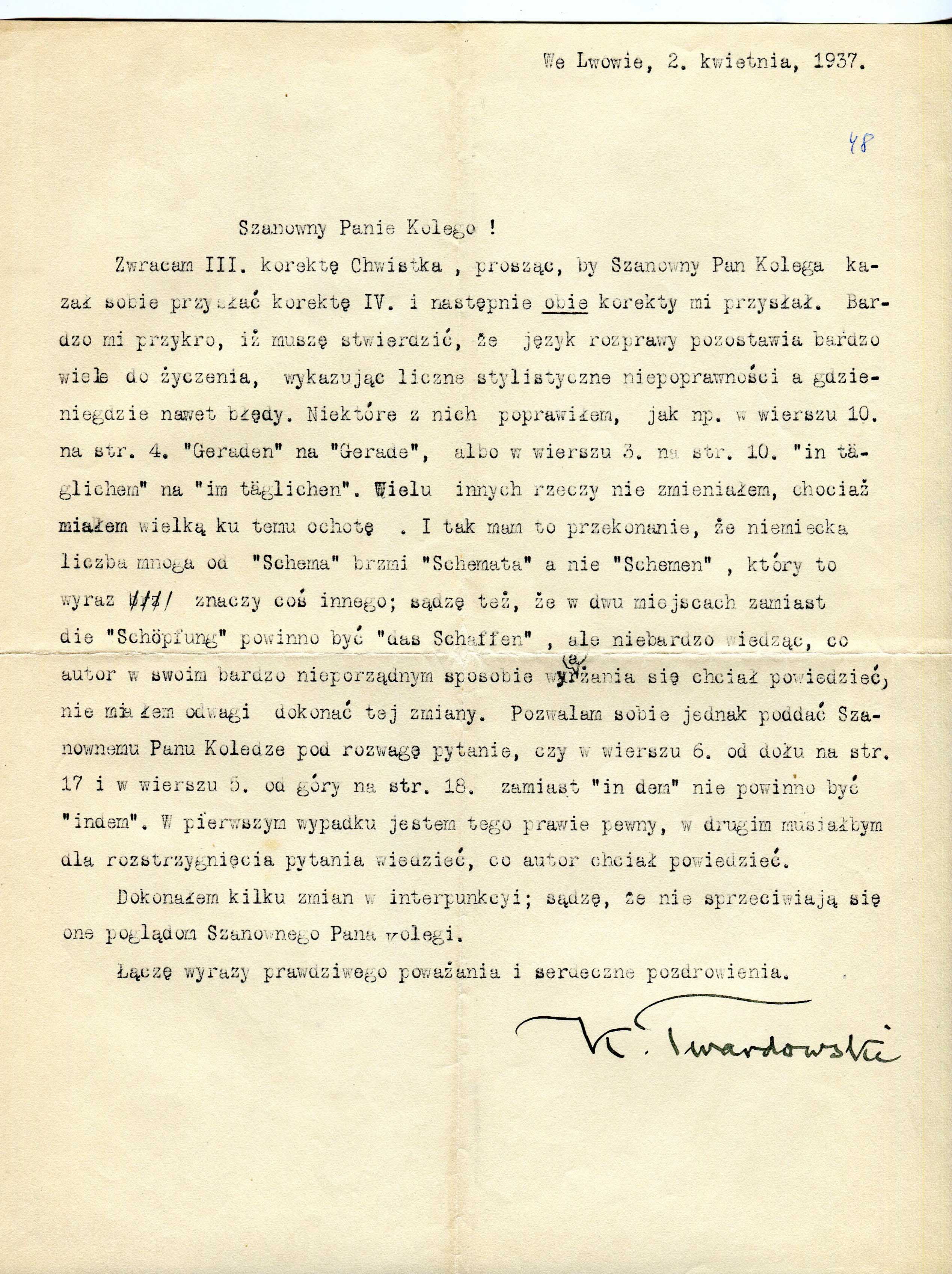 I’m returning Chwistek[O1] ’s third set of proofs with a request to have the fourth set sent you, then to send both sets to me. I’m very sorry to say that the language of the dissertation leaves much to be desired, exhibiting numerous examples of stylistic incorrectness, and in some places even errors. I’ve corrected some of them, e.g. in line 10 on page 4, ‘Geraden’ to ‘Gerade’ [German: just, straight], and in line 3 on page 10, ‘in täglichem’ to ‘im täglichen’ [German: in daily]. I’ve left many other things unchanged, even though I had a strong desire to change them. And so I’m convinced that the German plural of ‘Schema’ [scheme] is ‘Schemata’ [schemes] and not ‘Schemen’ [spectre, silhouette], which means something else; I also think that in two places, instead of die ‘Schöpfung’ [the creation, invention], it should read ‘das Schaffen’ [the work, the creation], but not really knowing what the author, in his very chaotic manner of expressing himself, wished to say, I didn’t dare make this change. I took the liberty, however, of submitting a question, for your consideration, as to whether, in the sixth line from the bottom of page 17, and in the fifth line from the top on page 18, instead of ‘in dem’ [in that] should be ‘indem’ [while, as]. In the first case, I’m almost certain of it; in the second, I’d have to know what the author wished to say in order to resolve the question.

I made a few changes to the punctuation; I don’t think they contradict your views.

I enclose expressions of genuine esteem and cordial greetings.