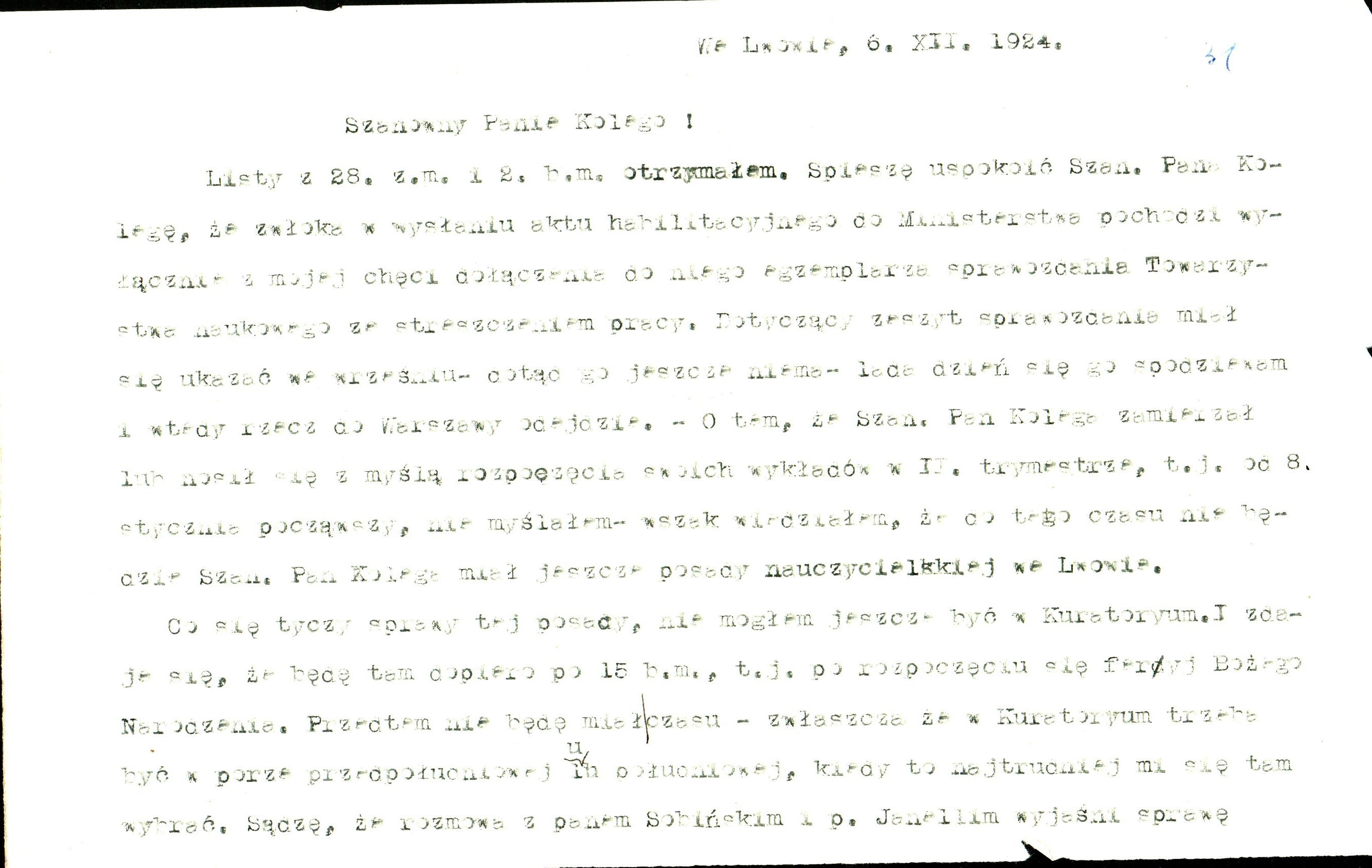 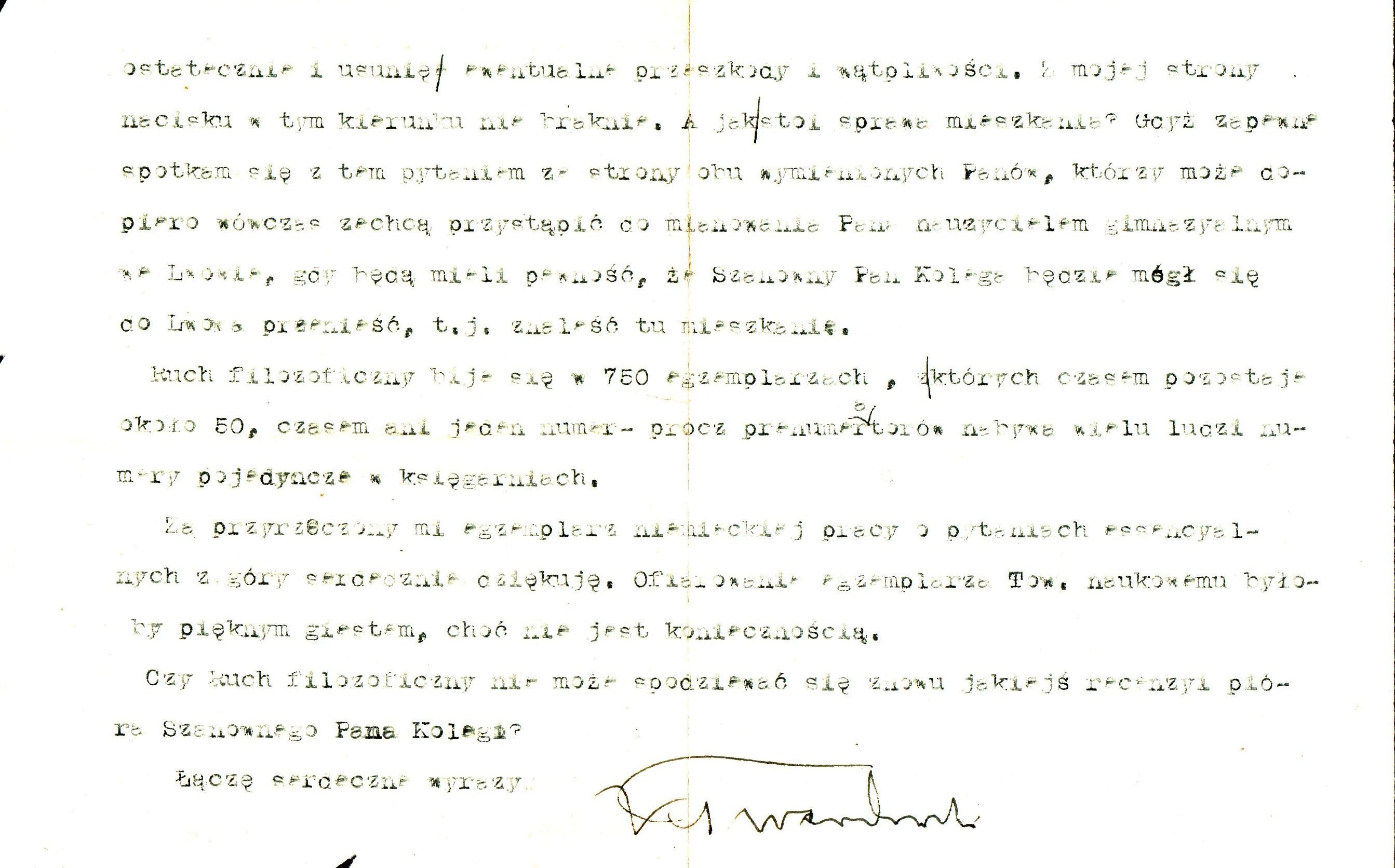 I’ve received your letters of the 28th of last month and the 2nd of this month. I hasten to reassure you that the delay in sending the habilitation document to the Ministry results exclusively from my wish to attach a copy of the scientific Society’s report, along with a summary of the paper. The relevant issue of the report was supposed to appear in September – it hasn’t done so yet ‒ I expect it any day now and then the thing will go to Warsaw. ‒ The fact that you intended, or had in mind, to start your lectures in the second trimester, i.e. as of 8 January, was something I didn’t think about – knowing, after all, that you wouldn’t yet have a teaching position in Lviv at that time.

As for the matter of the position, I haven’t been able to go to the Board yet. And it seems that I won’t get there until after the 15th of this month, i.e. after the beginning of the Christmas holidays. Before that I won’t have time – especially since it’s necessary to be at the Board in the morning or around noon, which are the most difficult times for me to go there. I think that a talk with Mr Sobiński [O1] and Mr Janelli will ultimately clarify the matter and remove any obstacles and doubts. On my part, there will be no lack of pressure in that direction. And where does the matter of a flat stand? I’ll probably encounter this question from both of the above-mentioned gentlemen, who may not be willing to appoint you as a middle-school teacher in Lviv until they’re sure you’ll be able to relocate to Lviv, i.e. find a flat here.

Philosophical Movement is printed in a run of 750 copies, of which sometimes about 50 are left over, sometimes not even a single copy – apart from subscribers, many people pick up single copies in bookstores.

I cordially thank you in advance for the promised copy of the German paper on essential questions. Offering a copy to the scientific Soc. would be a lovely gesture, although it’s not a necessity.

Might Philosophical Movement expect some reviews from your pen once again?