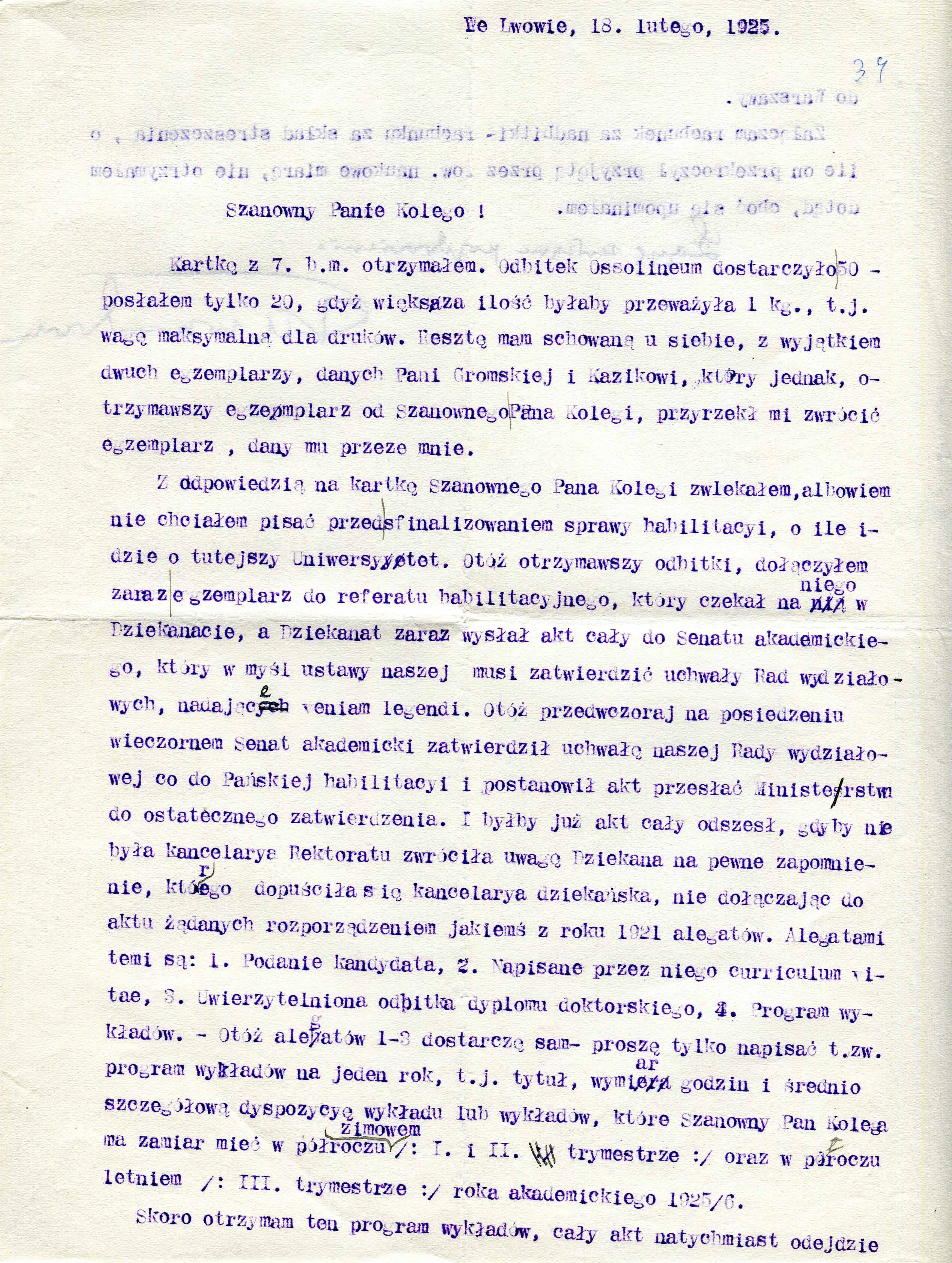 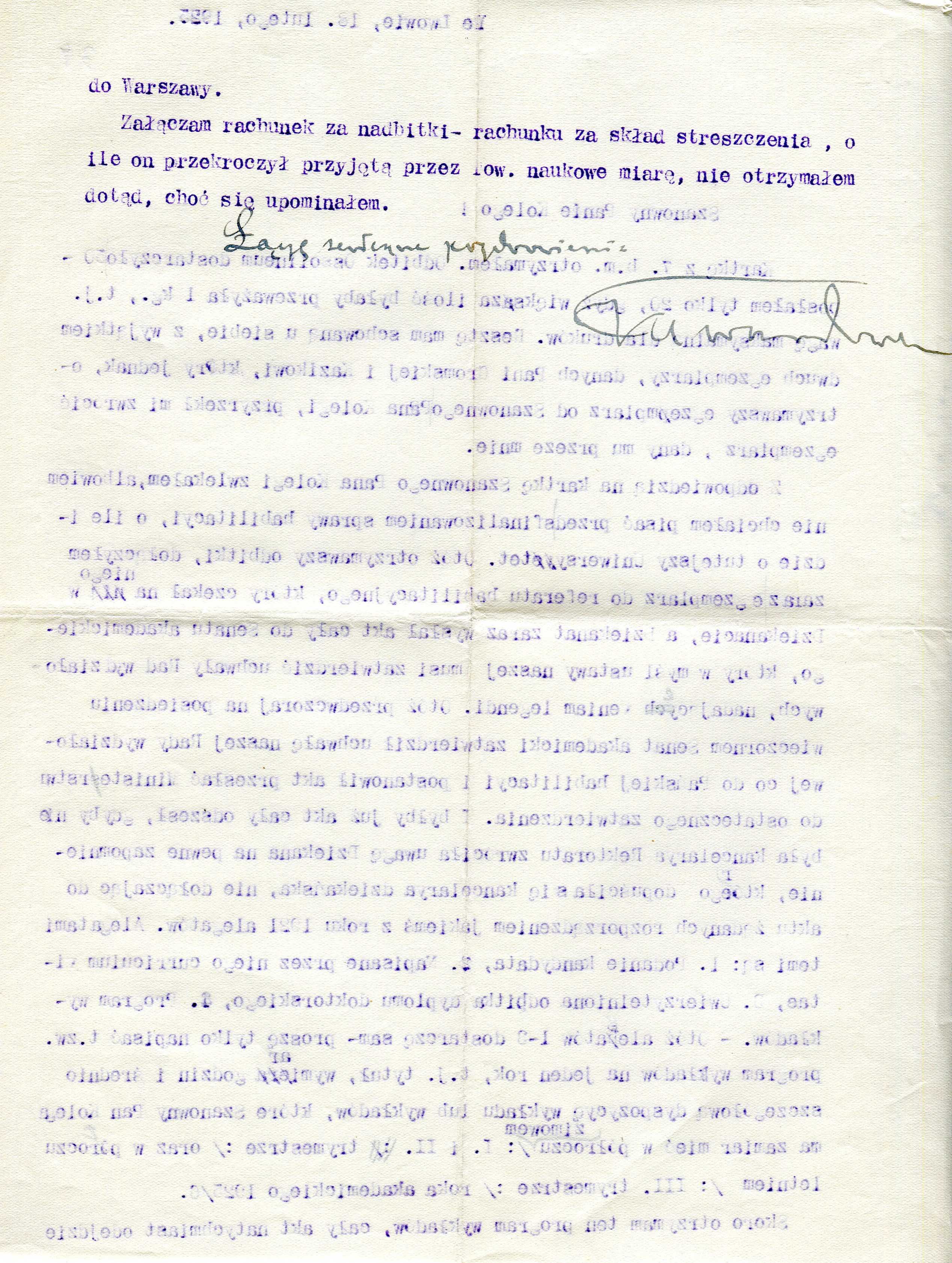 I’ve received your card of the 7th of this month. Ossolineum provided 50 offprints – I sent only 20, since the greater quantity would have been over 1 kg, i.e. the maximum weight for printed material. The rest I have stored with me, with the exception of two copies given to Ms Gromska and Kazik, who, however, having received a copy from you, promised me to return the copy I gave him.

I’ve held off replying to your card, because I didn’t want to write before the matter of your habilitation had been finalised as far as the local University is concerned. Well, having received the offprints, I immediately attached a copy to the habilitation report which had been waiting for it in the Dean’s Office, and the Dean’s Office immediately sent the entire act to the Academic Senate, which, in accordance with our rules, must approve the resolutions of the faculty Councils conferring veniam legendi [Latin: the right to lecture]. Well, the day before yesterday at the evening meeting, the Academic Senate approved the resolution of our faculty Council concerning your habilitation and decided to send the act to the Ministry for final approval. And the act would have already gone off, if the Rector’s Office hadn’t drawn the Dean’s attention to a certain oversight on the part of the Dean’s Office, i.e. failing to attach certain addenda required by a certain 1921 regulation. These addenda are as follows: 1. the candidate’s application; 2. his curriculum vitae; 3. a certified copy of the doctoral diploma; 4. a programme of lectures. ‒ Well, I’m supplying addenda 1‒3 myself – please just write out a so-called programme of lectures for one year, i.e. title, number of hours, and an outline, in moderate detail, of the lecture or lectures which you intend to have in the winter half (i.e. the first and second trimesters) as well as the summer half (i.e. the third trimester) of the 1925/26 academic year.

As soon as I receive this lecture programme, the entire act will go to Warsaw immediately.

I’m attaching a bill for the overprints – as yet I haven’t received (in spite of my reminders) the bill for typesetting the summary, assuming it exceeded the standard accepted by the scientific Soc.

Postcard from Bogdan Suchodolski written in 22.11.1944

Letter to the Committee of the Library of Classics of Philosophy written 26.05.1954