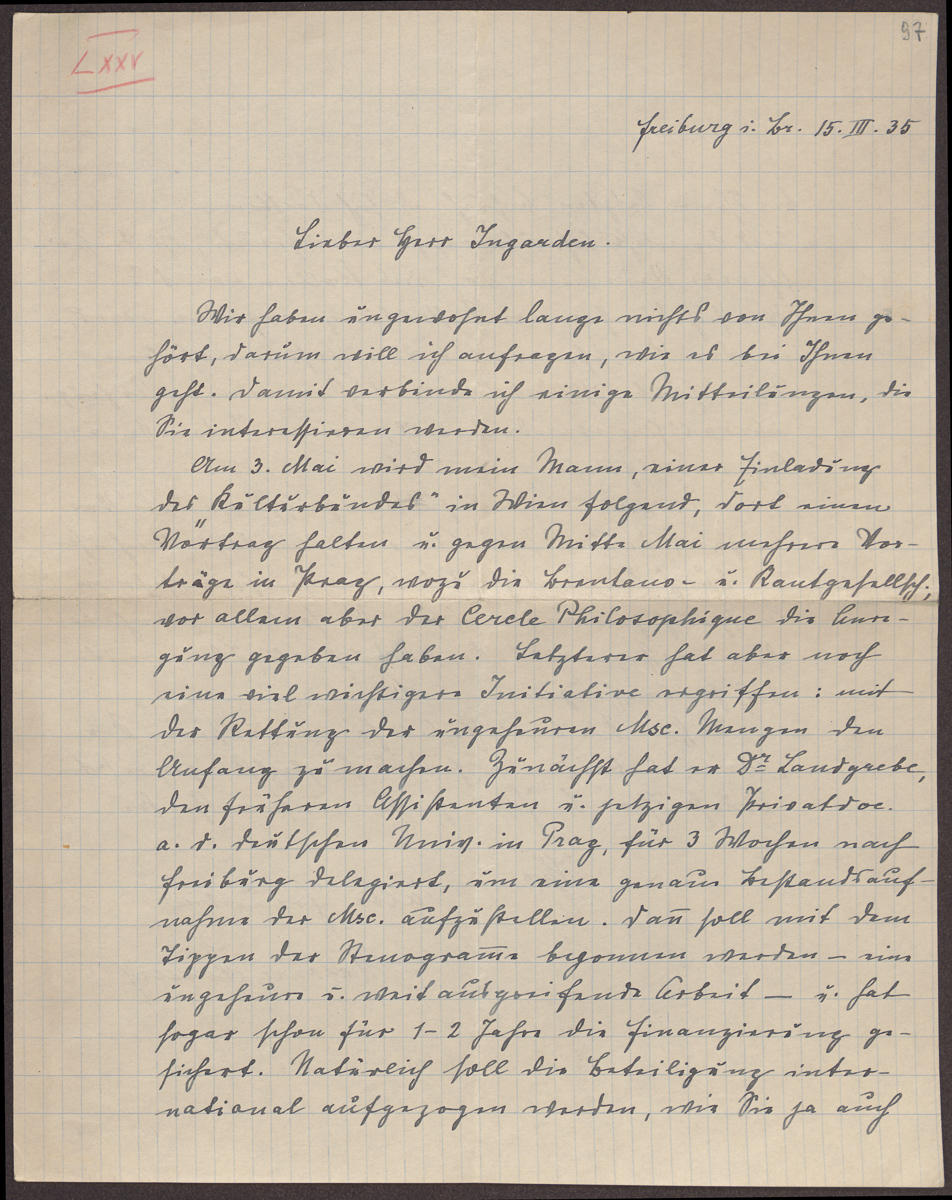 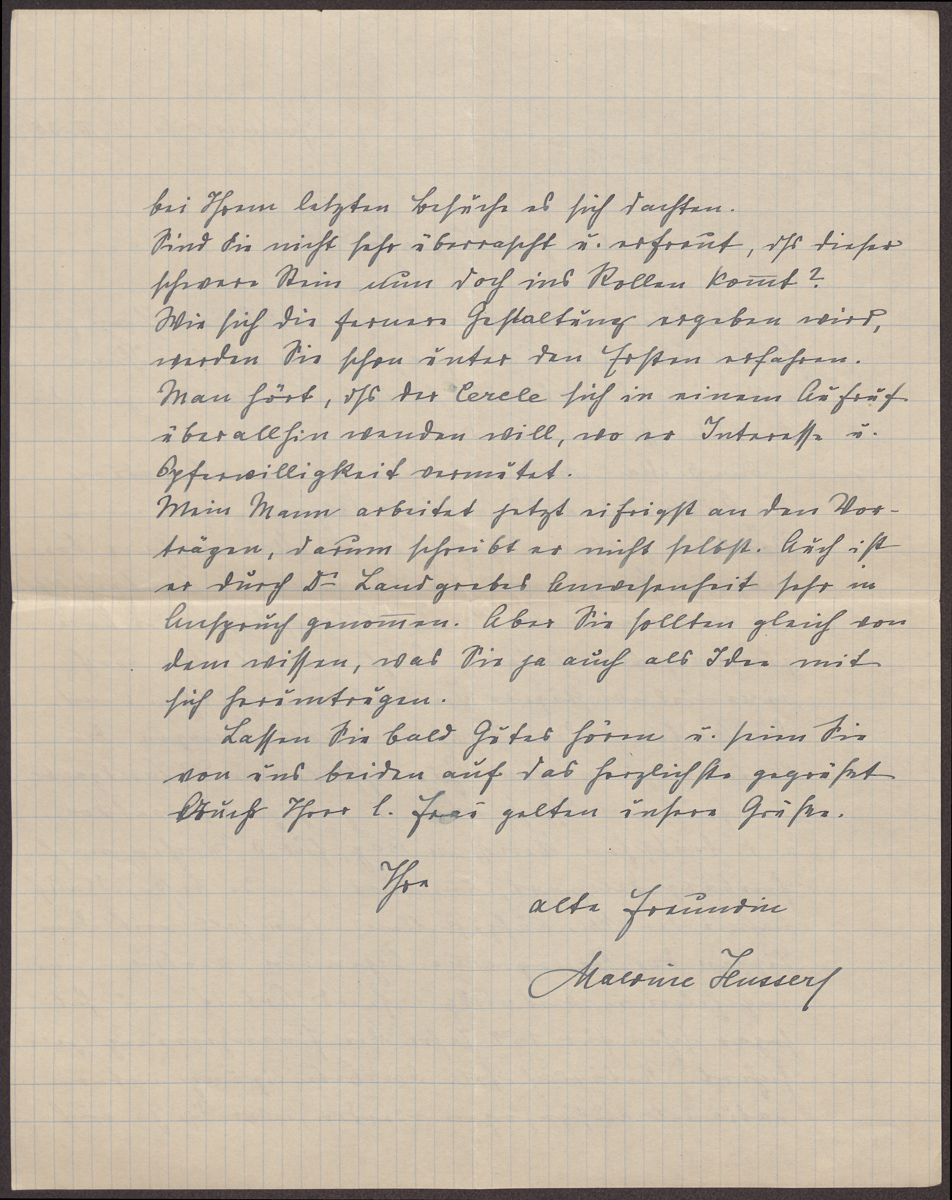 n      We have not heard from you for a long time, so I want to ask you how you are doing. At the same time, I would like to include some information that may be of interest to you.
n      On May 3rd, my husband, following an invitation by “Kulturbund” in Vienna, will give a lecture there and in mid-May, he will give several lectures in Prague at the suggestion of Brentano- und Kantgesellschaft, and especially the Cercle Philosophique. The latter, however, has taken a much more important initiative: To ensure the preservation of the plethora of manuscripts. First, Dr. Landgrebe, the former research assistant and current assistant professor at the German University in Prague, was delegated to Freiburg for three weeks to establish an exact inventory of the manuscripts. Next, the manuscripts written in shorthand are to be typed – an enormous and scopious work.  The organization even secured funding for the first 1-2 years. Of course, this is supposed to be an international project, as you had guessed during your last visit.
n      Aren’t you surprised and pleased that we finally got the ball rolling? As to the next steps, you will be among the first to find out the details. People say that the Cercle is going to issue a call to anyone suspected to have an interest and the willingness to participate.
n      My husband is now working zealously on the lectures; hence, he does not have any time to write you personally. Furthermore, he is quite occupied by Dr. Landgrebe’s presence. But we wanted you to immediately hear about the news which you had been carrying around as an idea.
n      We would love to hear from you. Warmest regards from both of us. Please send our regards to your d[ear] wife, too.