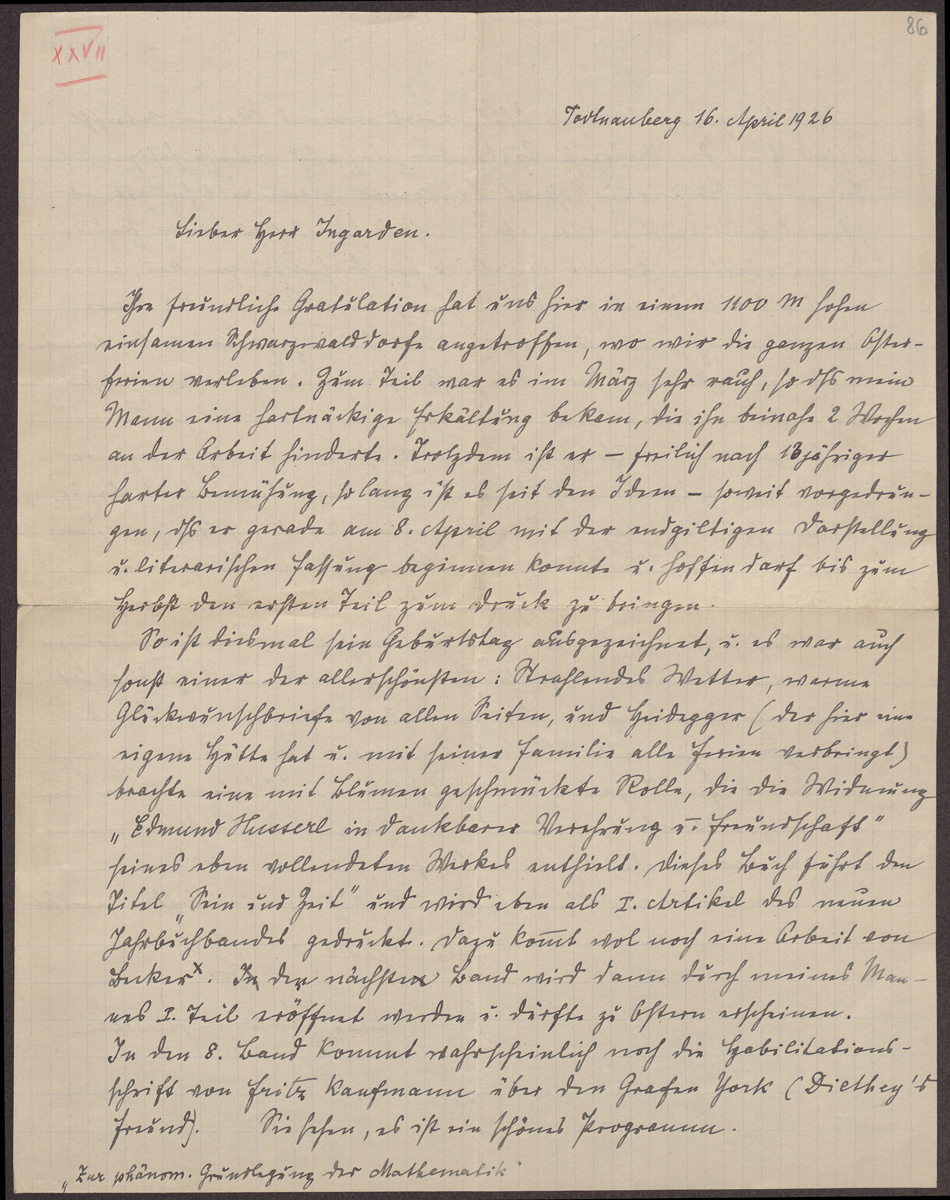 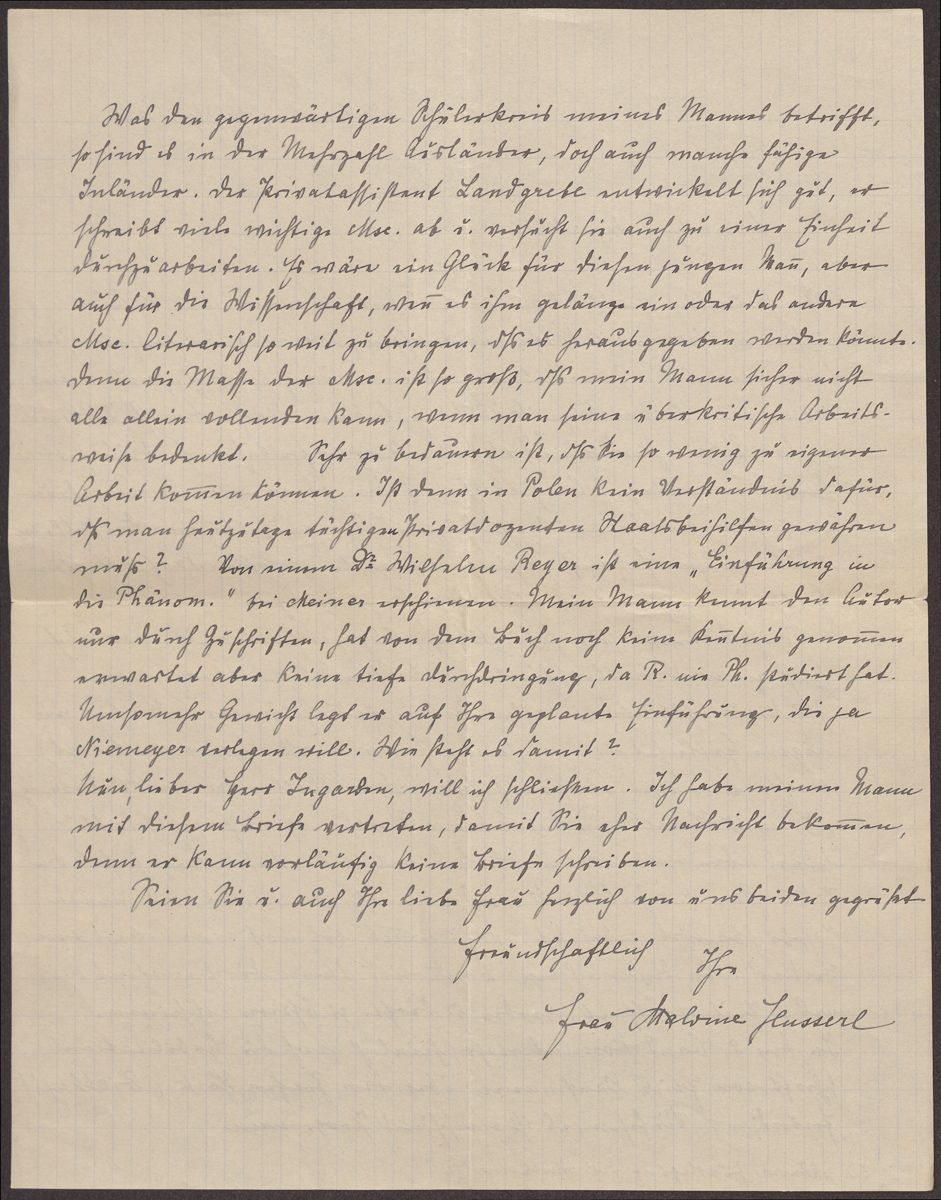 n   We received your cordial wishes here at 1100 m altitude in a lonely Black Forest village, where we are spending our entire Easter holidays. In part, the weather was very bad during the month of March, and my husband caught a stubborn cold that prevented him from working for almost two weeks. Nevertheless, after 13 years of hard work, this is how much time has passed since Ideas, he advanced so far that he was able to finally begin working on the final presentation and literary version on April 8.33 He hopes to be able to have the first part ready for printing by autumn.
n   Therefore, it has been a wonderful birthday for him and it was also one of the most beautiful ones of all: radiant weather, warm congratulatory letters from many, and Heidegger (who has his own cottage up here and spends all of his vacations here with his family) brought a scroll decorated with flowers and the inscription “To Edmund Husserl in grateful admiration and friendship” of his finished work. This book is entitled Sein und Zeit (Being and Time) and is currently being printed as the first article of the new Yearbook volume. Apparently, a work by Becker (on the phenom[enological] foundation of mathematics) is to be added. The next volume is then to be opened by my husband’s first part and should probably be published around Easter. The 8th volume will probably include the habilitation thesis of Fritz Kaufmann about Count York (Dilthey’s friend). You see, it’s a great program.
n   As far as my husband’s current group of students is concerned, they are mostly foreigners, but also some able-bodied residents. His personal assistant, Mr. Landgrebe, is doing a good job; he copies many important manuscripts and tries to consolidate them into one unit. It would be fortunate for this young man, but also for science, if he succeeded to prepare one or more manuscripts on a literary level to the point that they could be published. There are so many manuscripts that my husband would certainly be unable to complete the work on his own, considering that he is overly critical. It is much to be regretted that you cannot get a lot of your own work done. Is it not commonly accepted in Poland that efficient lecturers nowadays need state grants? A man by the name of Dr. Wilhelm Reyer wrote Einführung in die Phänom[enomenology] (“Introduction to Phenom[enology]”) published by Meiner. My husband knows the author only through letters he received, and has not taken note of the book, but does not expect any deep philosophical penetration because R[eyer ] never studied ph[enomenology]. He puts all the more importance on your planned introduction, which Niemeyer wants to publish. How is it coming along?34
n   Well, my dear Mr. Ingarden, let me pen-off. I wrote this letter on behalf of my husband, so that you would receive a reply sooner, since he will not be able to write any letters for the time being.
n   Best regards from both of us to you and your dear wife.