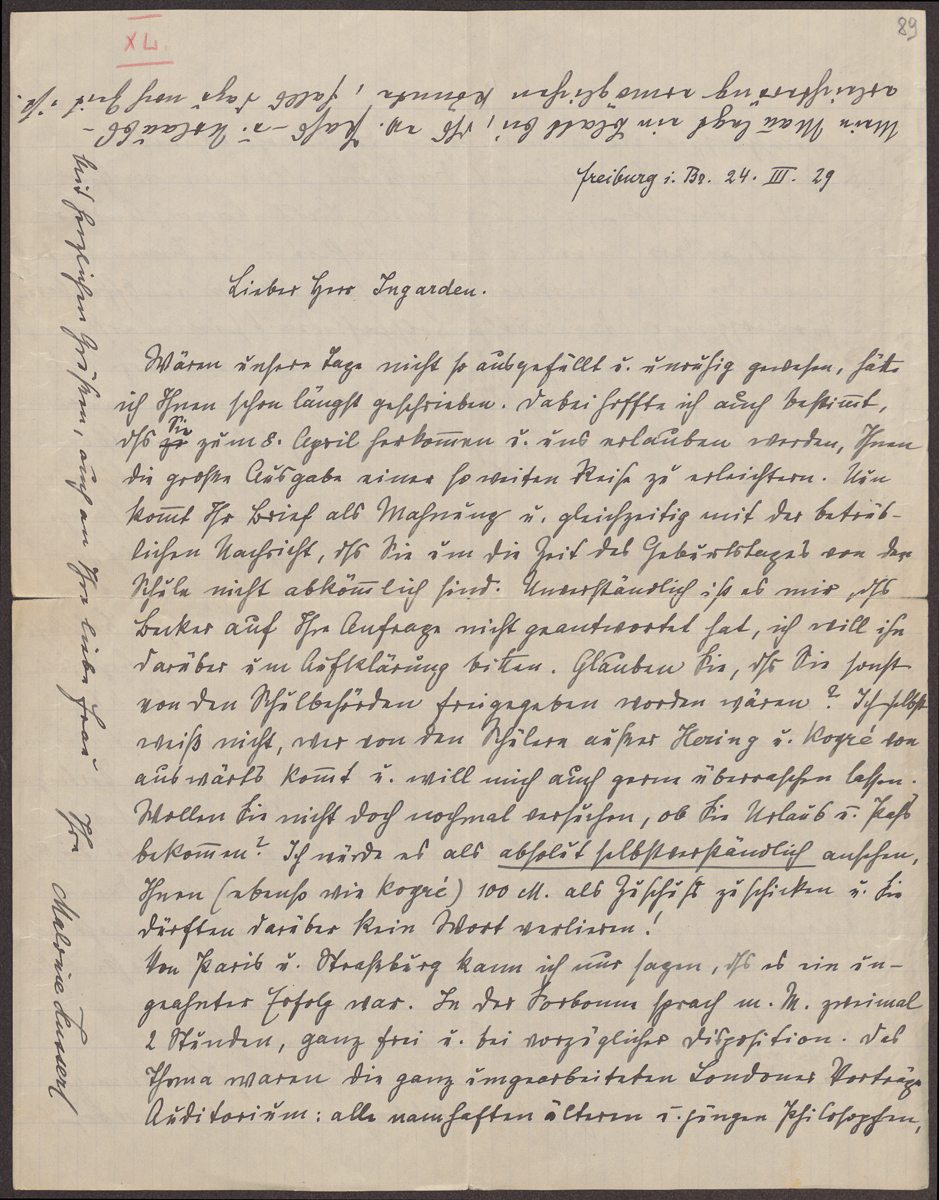 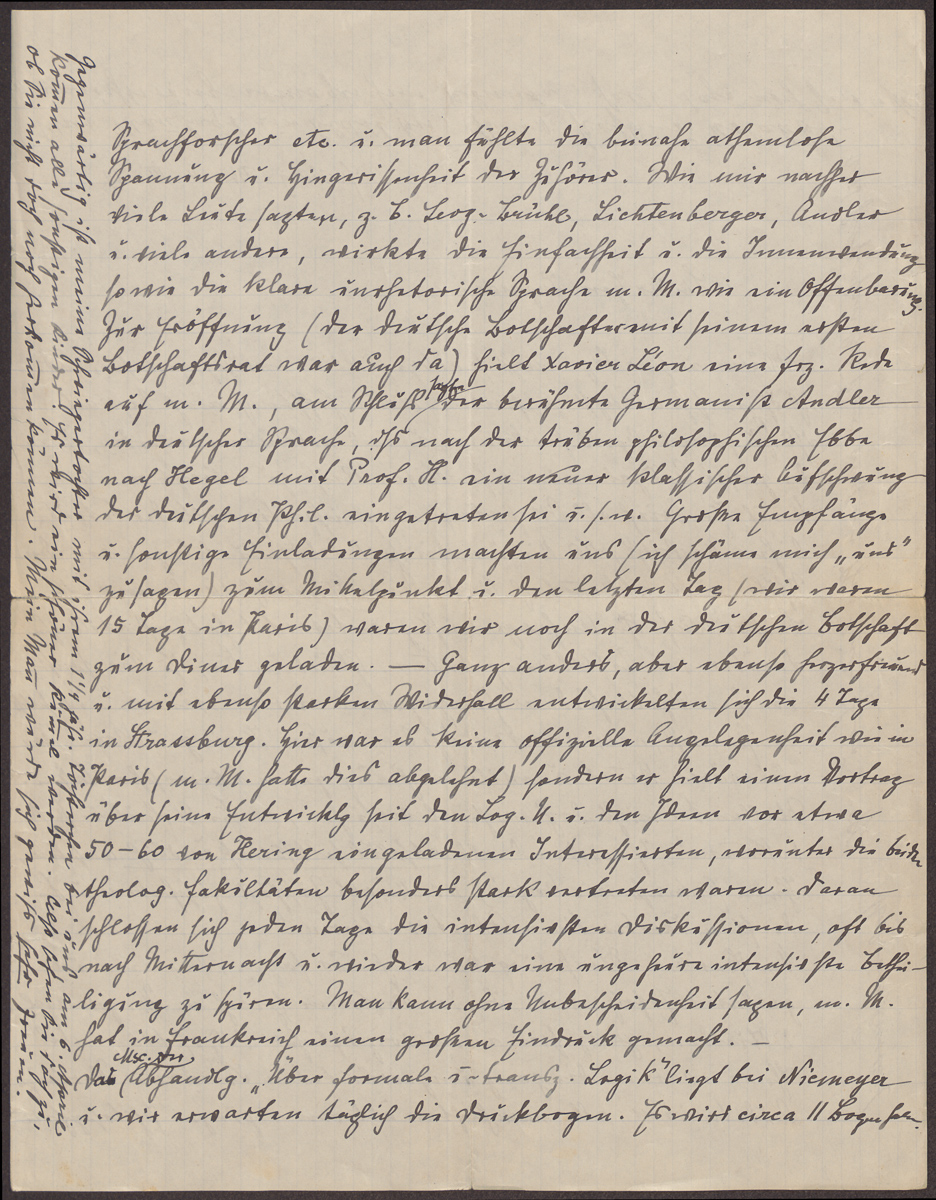 n   If our days had not been so busy and restless, I would have written to you long ago. At the same time, I certainly hoped that you would be able to visit us around April 8 and you would allow us to assist you with the large expenses resulting from such a long journey. And now we received your letter as a reminder a[nd] with the sad news that you will not be able to leave the school in time for the birthday. It is incomprehensible to me that Becker has not responded to your request. I am going to ask for clarification on why this happened. Do you think that you would otherwise have been granted leave by the school authorities? I do not know which students besides Hering and Koyré will be coming from abroad, and I would like it to remain a surprise. Perhaps you could make one more attempt to get some leave and a passport? I would be glad to send you 100 M[ark] (as I am sending Koyré) to help your cover your expenses, and I don’t want to hear anything about it!
n   Concerning Paris and Strasbourg, I can say that it was an unexpected success. At Sorbonne, my hus[band] spoke twice for two hours, completely unscripted and in excellent disposition. The topic was based on the completely revised London lectures. Auditorium: All well-known older as well as young philosophers, linguists, etc., and one could almost feel the breathless tension and euphoria of the audience. As many people later told me, i.e. Lévy-Brühl, Lichtenberger, Andler and many others, the simplicity and the internalization as well as the clear unrhetorical language of m[y] h[usband] felt like a revelation. At the opening (the German ambassador with his first counselor was there, too), Xavier Léon held a speech in Fr[ench] about m[y] h[usband]. At the end, the famous German scholar Andler said in German that a new classical upswing of German philosophy had been started with Professor Husserl after the gloomy philosophical ebb that followed after Hegel. Great receptions and other invitations made us (I am ashamed to say “us”) the center of attention, and on the last day (we stayed in Paris for 15 days), we were invited to attend a dinner party at the German embassy. Very different, but also heartwarming and with an equally great response, were the four days in Strasbourg. Here, it was not an official affair as in Paris (m[y] h[usband] had declined to do so), but instead he gave a lecture on his development since the Log[ical] Inv[estigations] and Ideas in front of about 50-60 interested individuals, among whom the theological faculties were especially strongly represented. The audience had been invited by Hering. The lectures were followed by the most intense discussions, often lasting until after midnight. Again, a tremendous, intense interest was felt. One can say without modesty that m[y] h[usband] made a great impression in France.
n   The manuscript of the paper “About formal and transc[endental] logic” has been submitted to Niemeyer and we are expecting the printed copy any day now. It will comprise about 11 pages. Currently, my daughter-in-law and her 1/4-year-old daughter is staying with us. The other children will arrive on April 6. It will be a nice crowd. So, you should see if you can work it out to come, too. My husband would certainly be very happy.
n   My husband is enclosing a sheet which mi[ght] help you get leave and a passport* – if there is still time. Best regards, also to your dear wife,