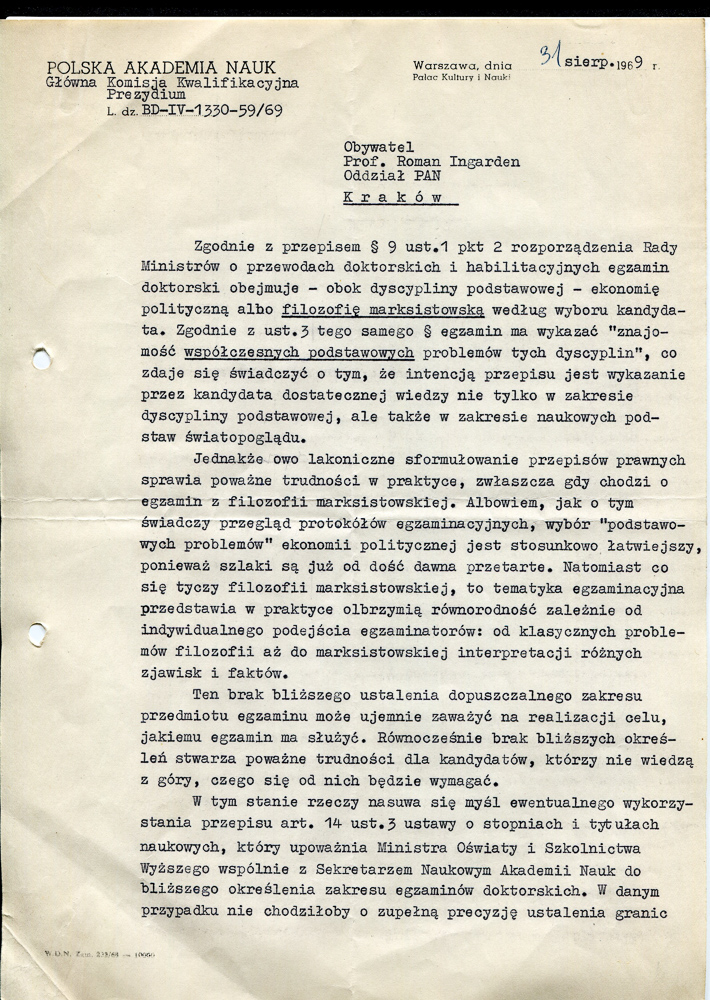 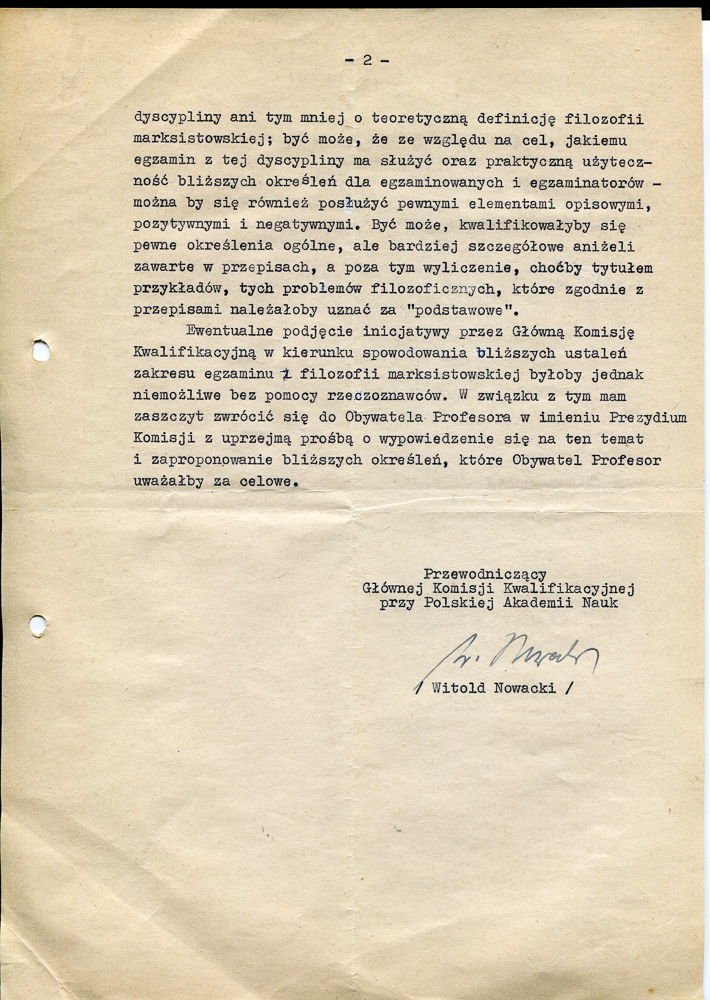 v      Pursuant to the provision of Art. 9, paragraph 1, point 2 of the Regulation of the Council of Ministers regarding the completion of the doctoral or habilitation assessment process, the doctoral examination covers – besides the basic discipline – political economy or Marxist philosophy, at the candidate’s discretion. Pursuant to paragraph 3 of the same Art., the examination is to evidence “knowledge of contemporary basic issues of these disciplines”, which seems to indicate that the intention of the provision is for the candidate to show sufficient knowledge not only in the field of the basic discipline, but also in the field of the scientific foundations of the ideology.
v      However, this laconic formulation of the legal regulations poses some serious difficulties in practice, especially when it comes to the exam in Marxist philosophy. For, as evidenced by the review of examination protocols, the selection of “basic issues” of political economy is relatively easier because the ways have been paved for quite some time. As far as Marxist philosophy is concerned, on the other hand, the subject matter of the exam encompasses in practice a huge variety of topics depending on the individual approach of the examiners: from the classical issues of philosophy to the Marxist interpretation of various phenomena and facts.
v      This lack of a closer specification of the adequate scope of the material required at the exam may negatively affect the achievement of the goal which the exam is to serve. At the same time, the lack of specific delineations creates major difficulties for the candidates, who have no knowledge in advance of what will be required of them.
v      This situation raises the thought of the possible use of the provision of Art. 14, paragraph 3 of the Academic Titles and Degrees Act, which authorizes the Minister of Learning and Higher Education together with the Scientific Secretary of the Academy of Sciences to create a more precise definition of the scope of doctoral examinations. In this case, it would not be aimed at the determination of the absolute limits of the discipline, nor the theoretical definition of Marxist philosophy; due to the purpose of the exam in this discipline and the practical utility of the more precisely defined terms for the examiners and examinees – some descriptive, positive and negative, elements could also be utilized. Perhaps some general definitions could be applied, though they would still have to be more detailed than those contained in the regulations, and the philosophical problems which, according to the regulations, should be considered “basic” should be listed, even if only as examples.
v      However, it would not be possible for the Main Qualification Commission to take any potential initiative aimed at a more specific definition of the scope of material for the examination in Marxist philosophy without the help of experts. In this regard, I have the honor to address Comrade Professor on behalf of the Presidium of the Commission with a kind request to comment on this subject and propose more specific delineations Comrade Professor would consider appropriate.

Letter to the Committee of the Library of Classics of Philosophy written 10.12.1953

Application for the appointment as a full professor written 04.01.1938