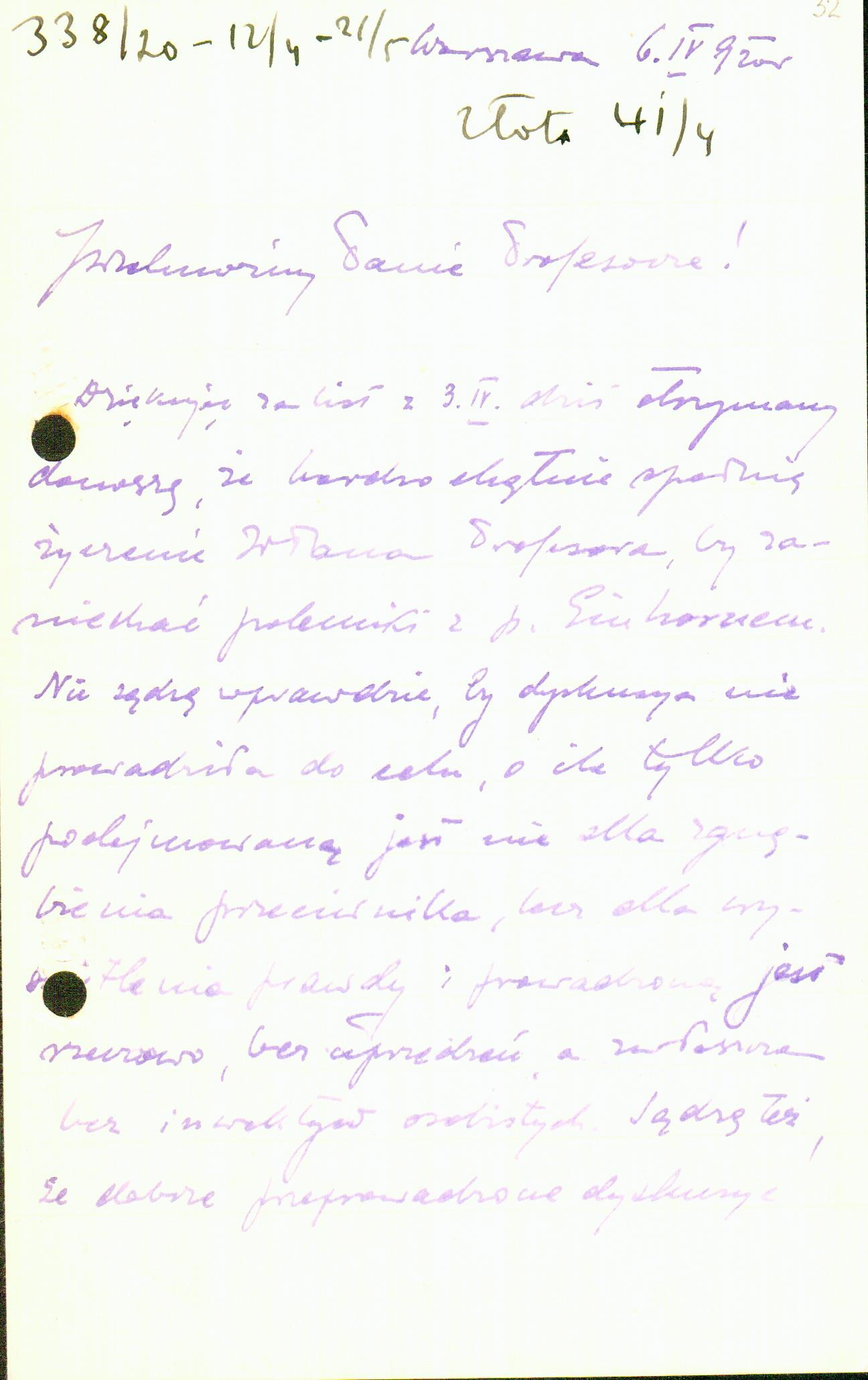 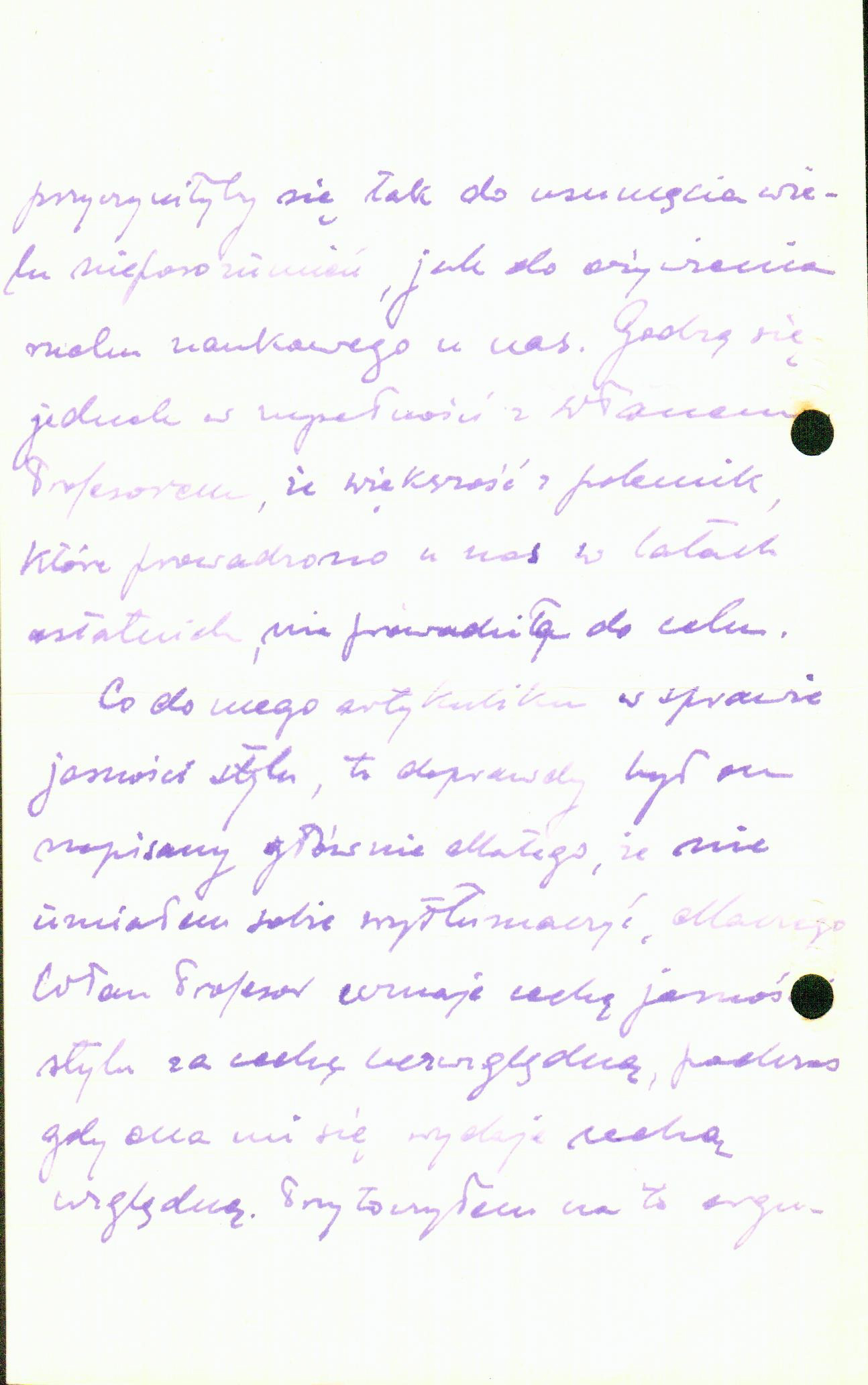 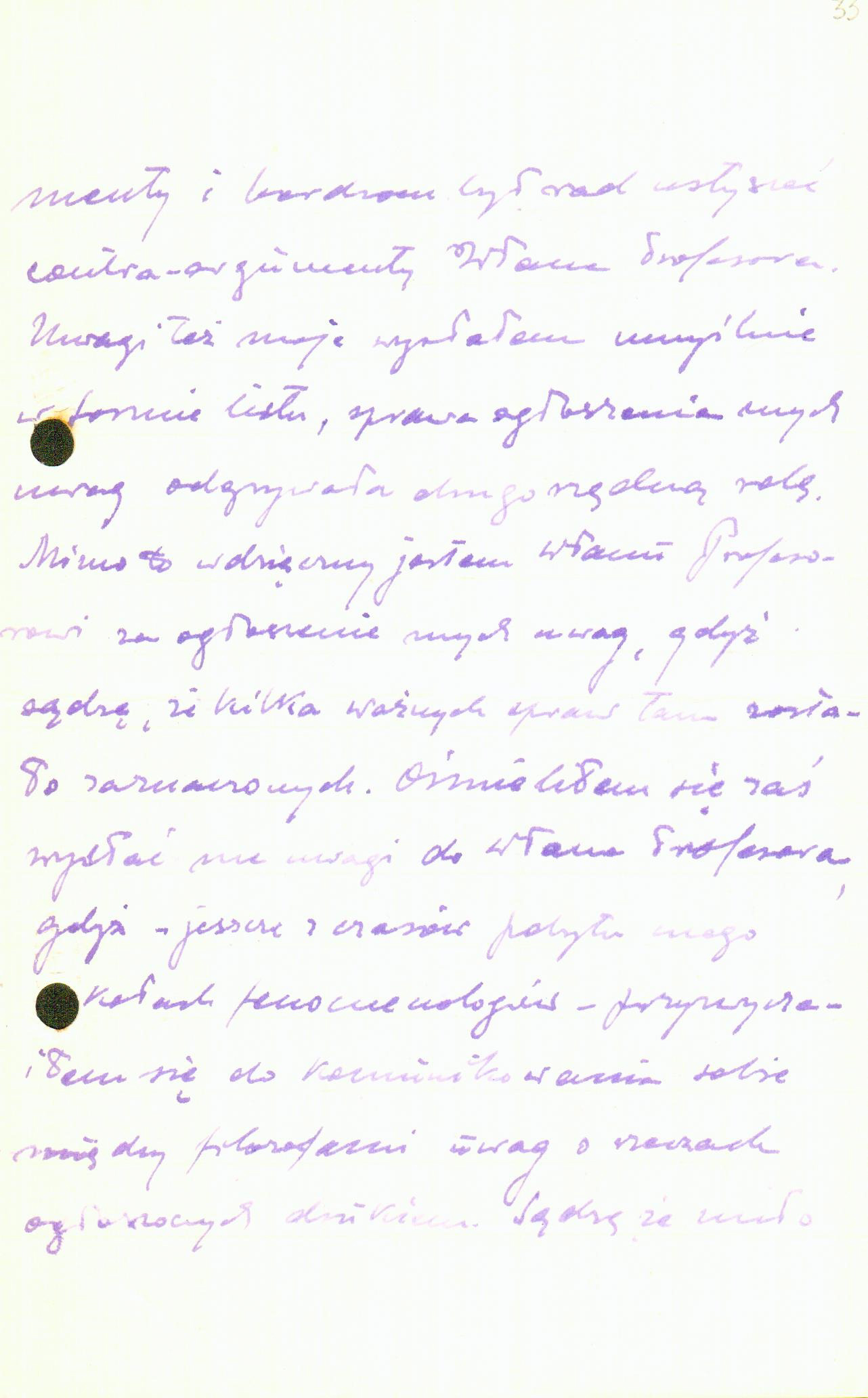 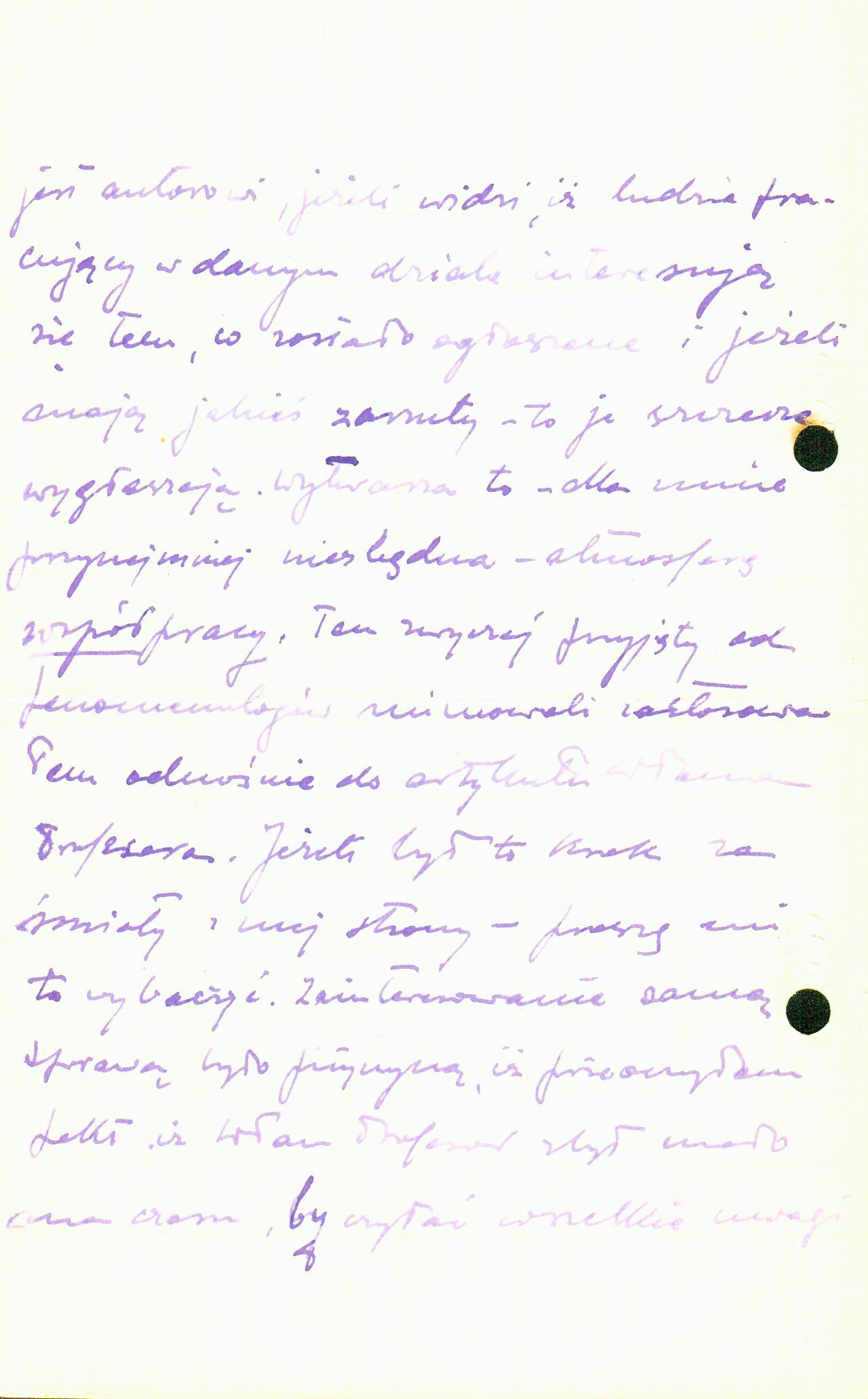 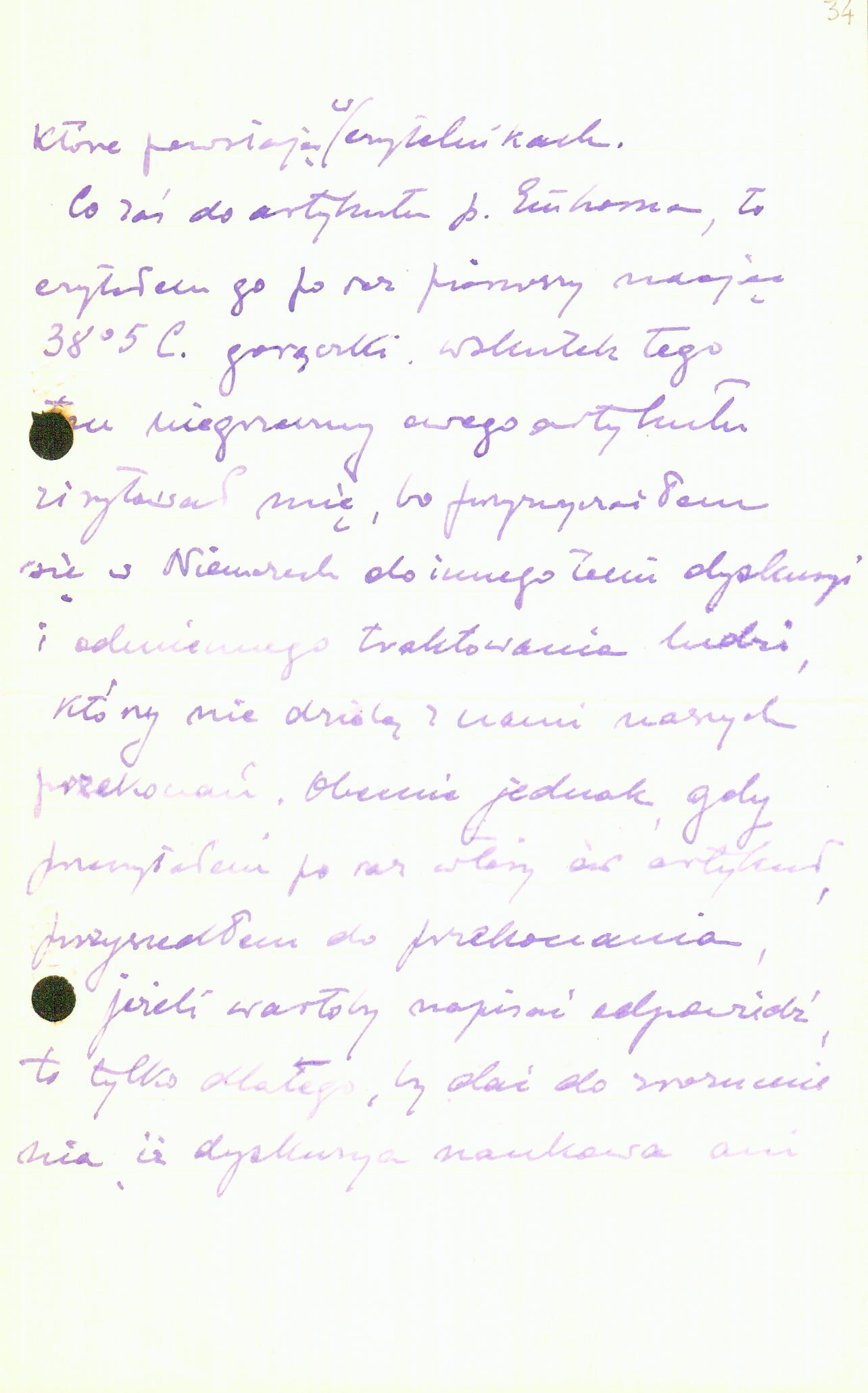 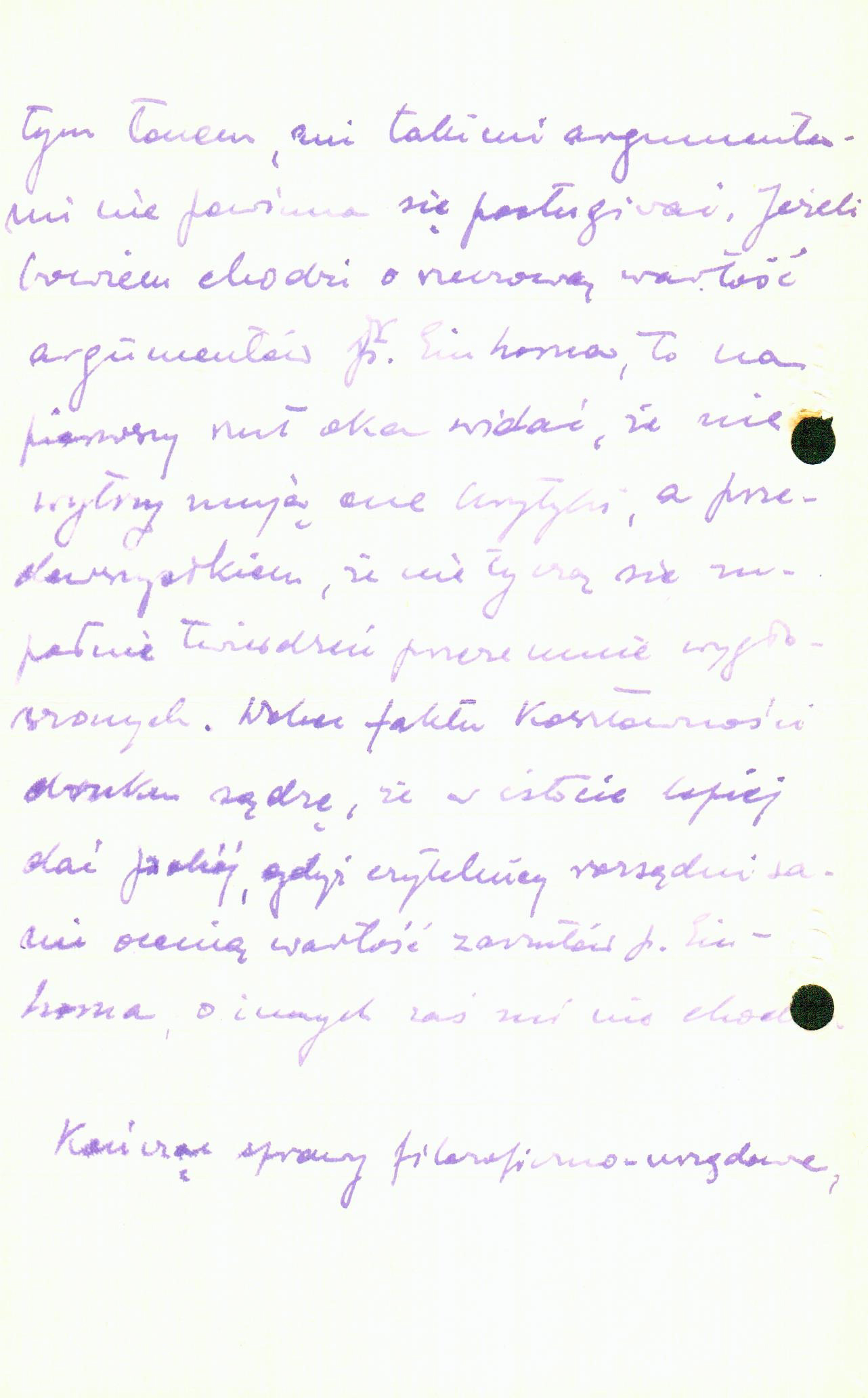 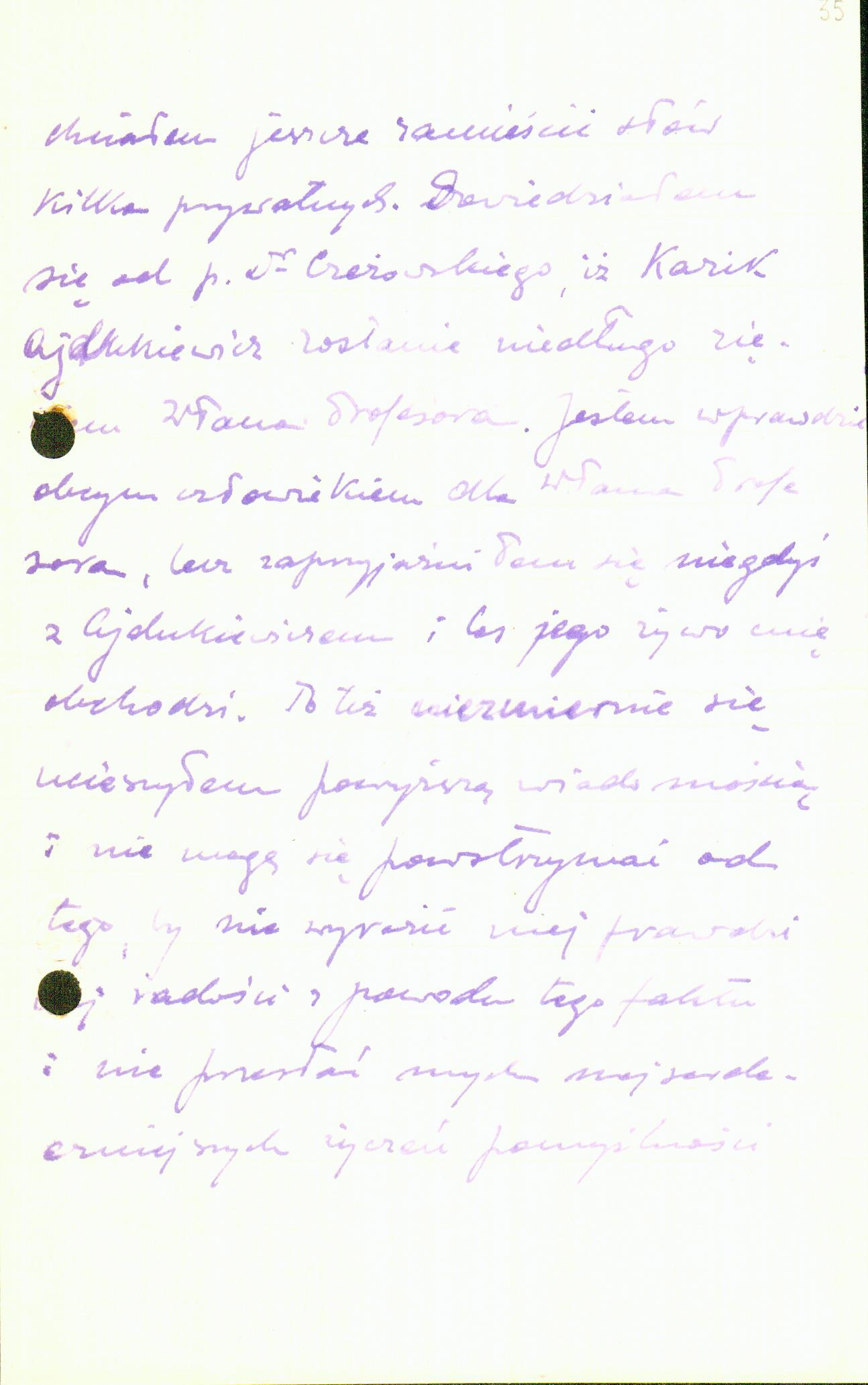 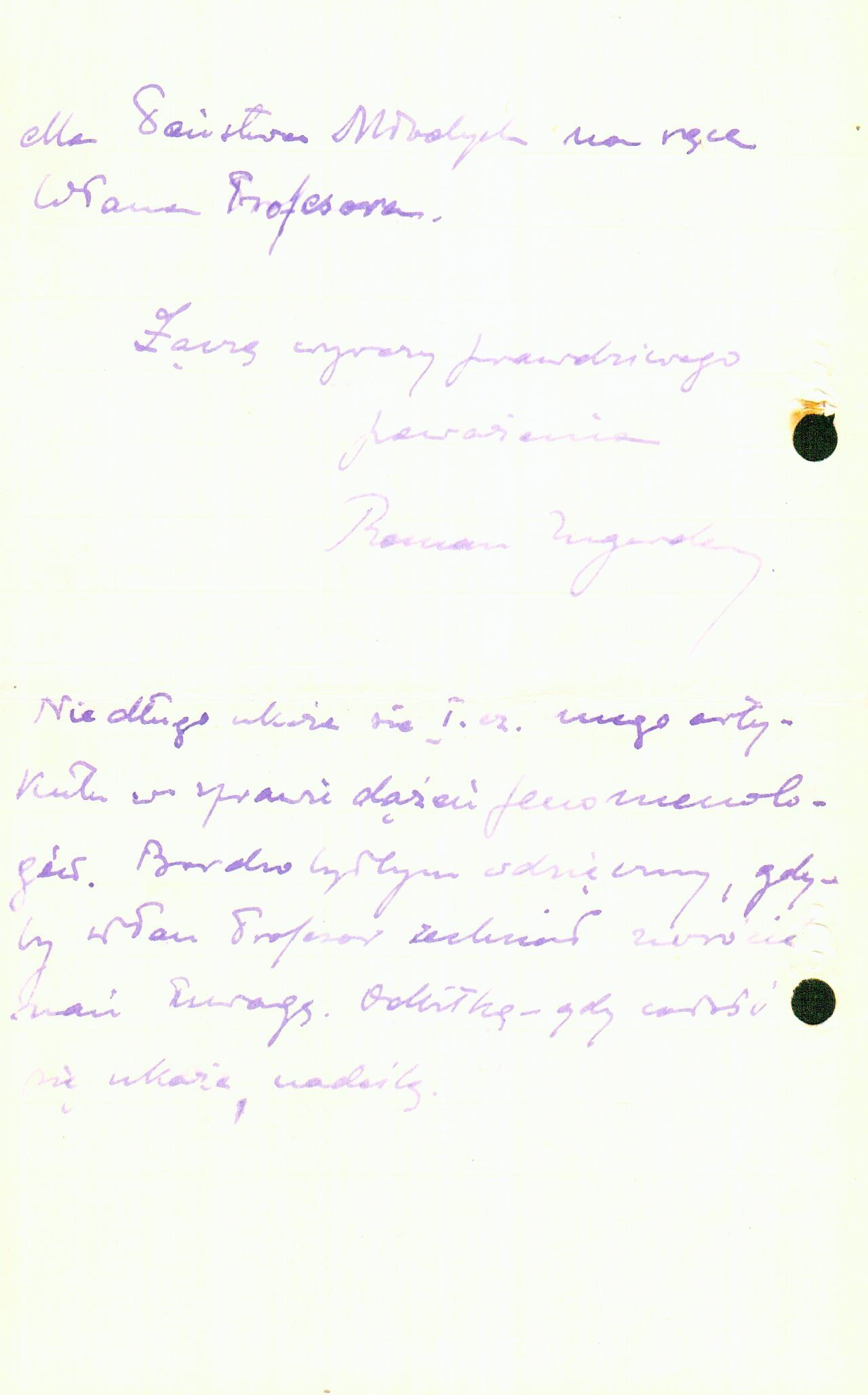 I thank you for your letter of 3/4, which I received today, and hereby inform you that I’ll be happy to honour your wish for me to refrain from polemicising with Mr Einhorn. Actually, I don’t believe that the discussion ‒ provided it was undertaken not to bully my opponent, but to reveal the truth, and was conducted rationally, without prejudice and especially without personal invective ‒ would fail to achieve its goal. I believe as well that properly conducted discussions would contribute equally to eliminating many misunderstandings and to enliven academic exchange among us. I completely agree with you, however, that most of the polemics conducted among us in recent years failed to achieve their goal.

As for my brief article on the clarity of style, it was really written mainly because I was unable to explain to myself why you acknowledge the feature of clarity of style as an absolute feature, while to me it seems to be a relative feature. I cited relevant arguments and was glad to hear your counterarguments. I also deliberately sent my remarks in the form of a letter; the question of publishing those remarks played a secondary role. Nevertheless, I’m grateful to you for publishing my remarks, because I think that several important issues were highlighted there. I took the liberty of sending you those remarks, since – dating back to the days of my involvement in phenomenological circles – I had become accustomed to an exchange among philosophers of remarks concerning published items. I believe that it’s gratifying to the author to see that people working in the relevant field are interested in what has been published and, if they find any grounds for complaint, to publicise them sincerely. This creates an atmosphere of co-operation, which, for me at least, is indispensable. I applied this custom, involuntarily adopted from the phenomenologists, in reference to your article. If this was too bold a step on my part, please forgive me. Interest in the matter itself was the reason I overlooked the fact that you don’t have sufficient time to read all of the readers’ remarks.

As for Mr Einhorn’s article, I read it for the first time while I was running a fever of 38.5°C [101.3°F]. As a result, the impolite tone of this article irritated me, since I had become accustomed in Germany to a different tone of discussion and a different approach towards those who did not share our convictions. However, now that I’ve read this article a second time, I’ve come to the conclusion that if it was worth writing a response, it was only in order to make it understood that neither such a tone nor such arguments ought to be employed in an academic discussion. If it’s a question of the rational value of Dr Einhorn’s arguments, it’s obvious at first glance that they cannot withstand criticism, and above all, that they do not completely apply to the statements I published. With respect to the costliness of printing, I believe that it’s essentially better to let the matter rest, since sensible readers will assess the value of Mr Einhorn’s allegations themselves, while the others are no concern of mine.

In concluding philosophical-official matters, I wanted to add a few words in private. I learned from Dr Czeżowski that Kazik Ajdukiewicz will soon become your son-in-law. Although I am indeed something of a stranger to you, I became friends with Ajdukiewicz at one point and I take a lively interest in his destiny. Thus I, too, was extremely delighted with this news, and I can’t resist expressing my authentic joy and sending you my most cordial wishes for the young couple’s prosperity.

I enclose expressions of true esteem

Soon Part I of my article on the aspirations of phenomenologists will appear. I’d be very grateful if you wouldn’t mind giving it your attention. As for an offprint, when the whole thing appears, I’ll send you one.