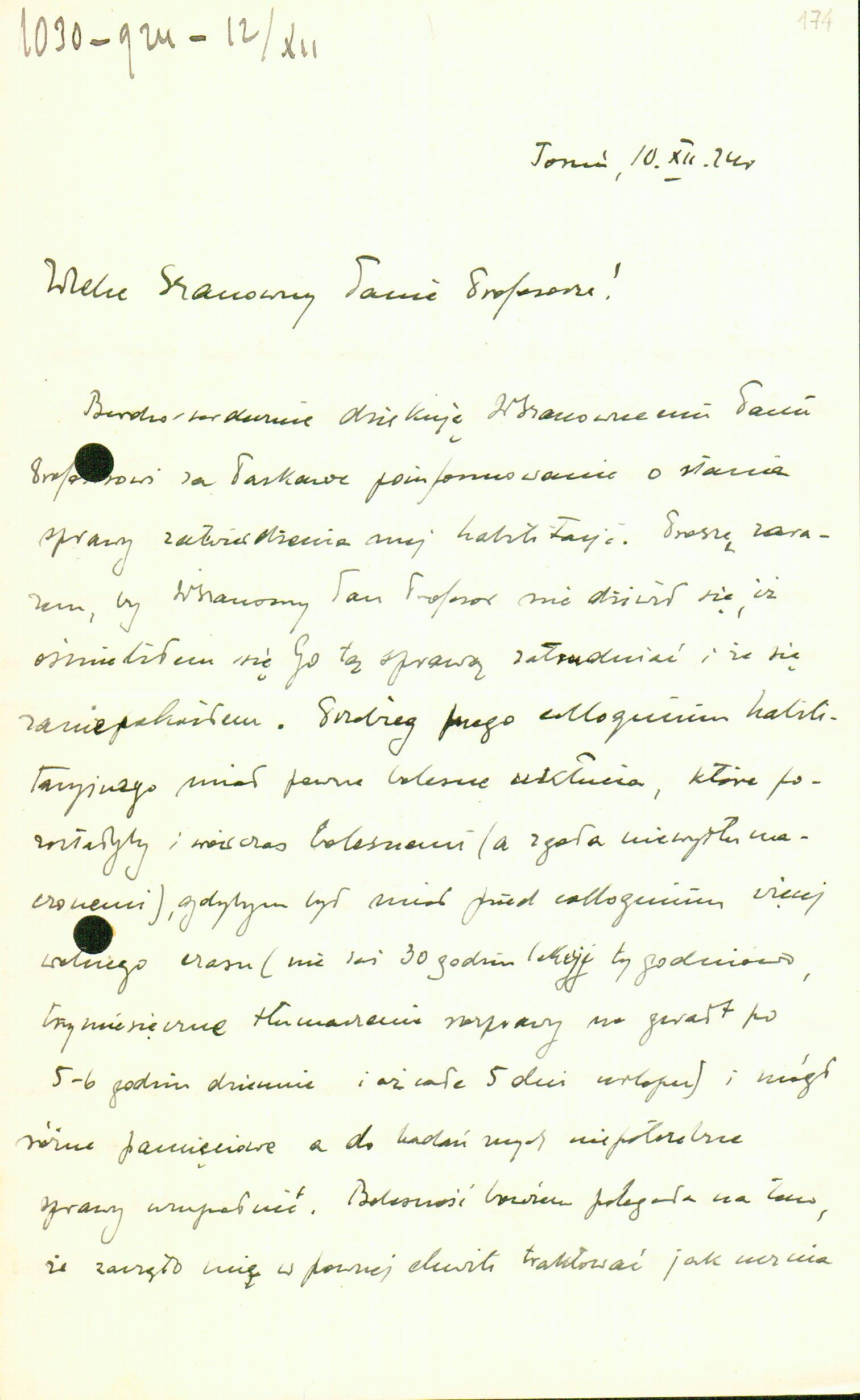 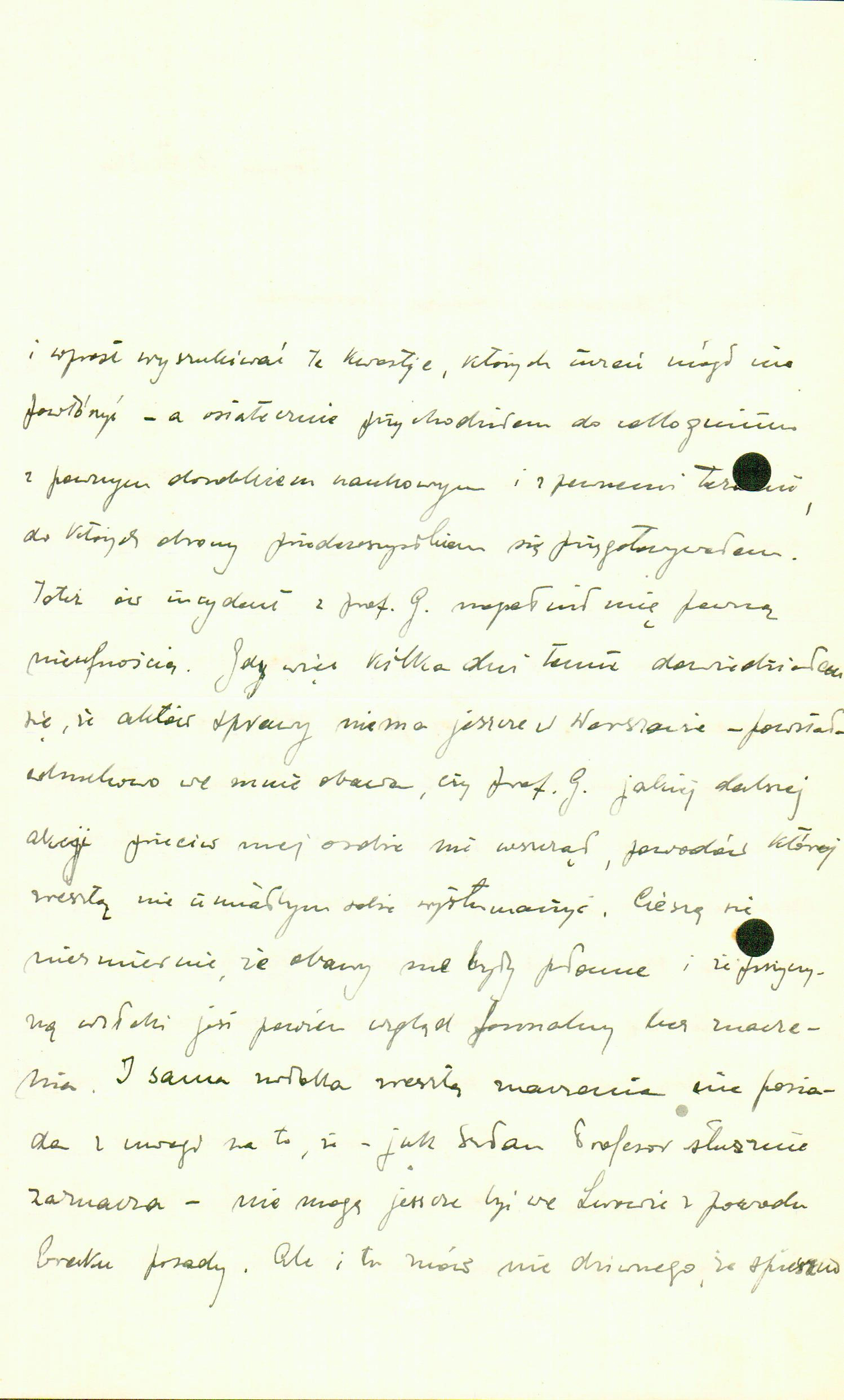 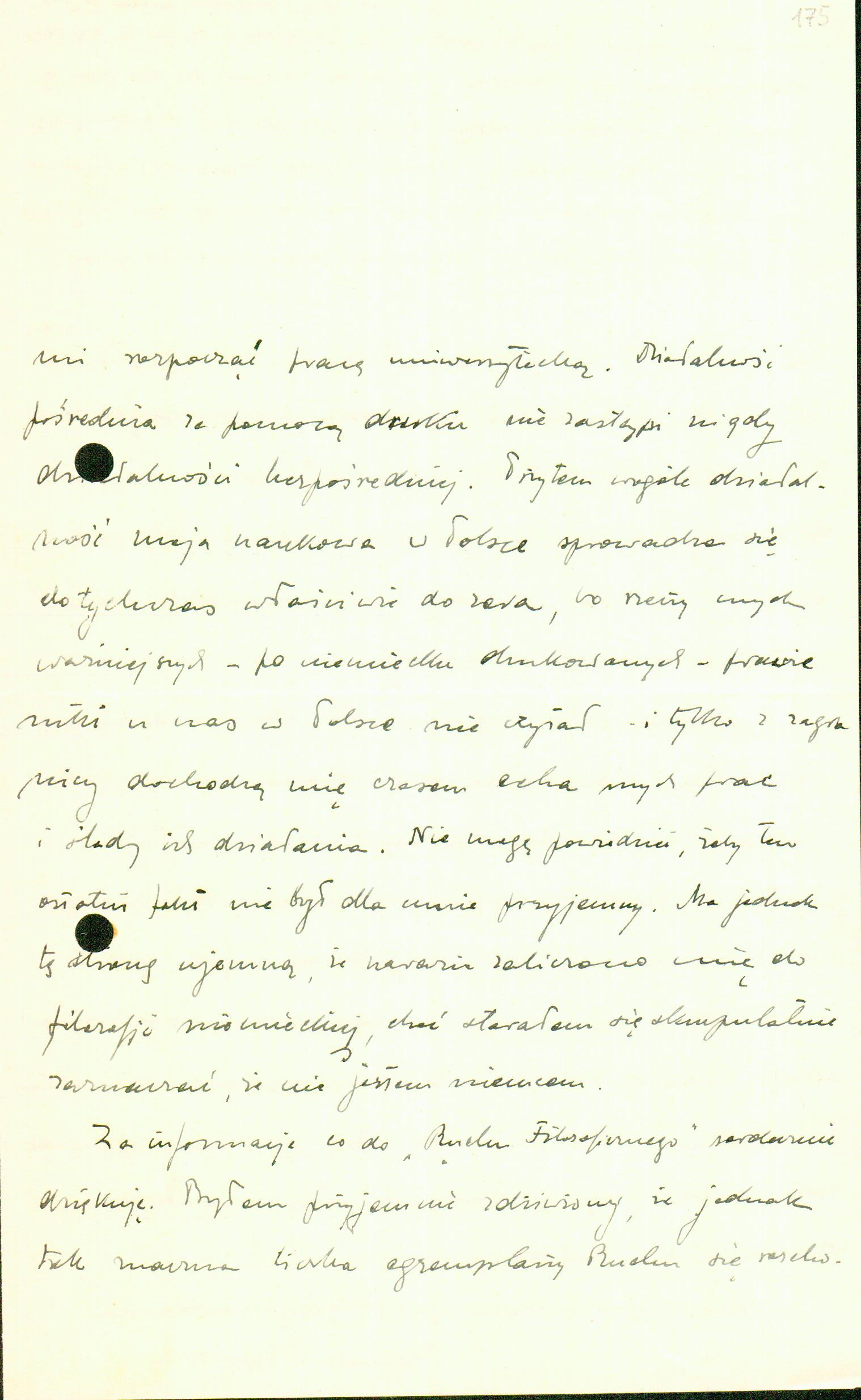 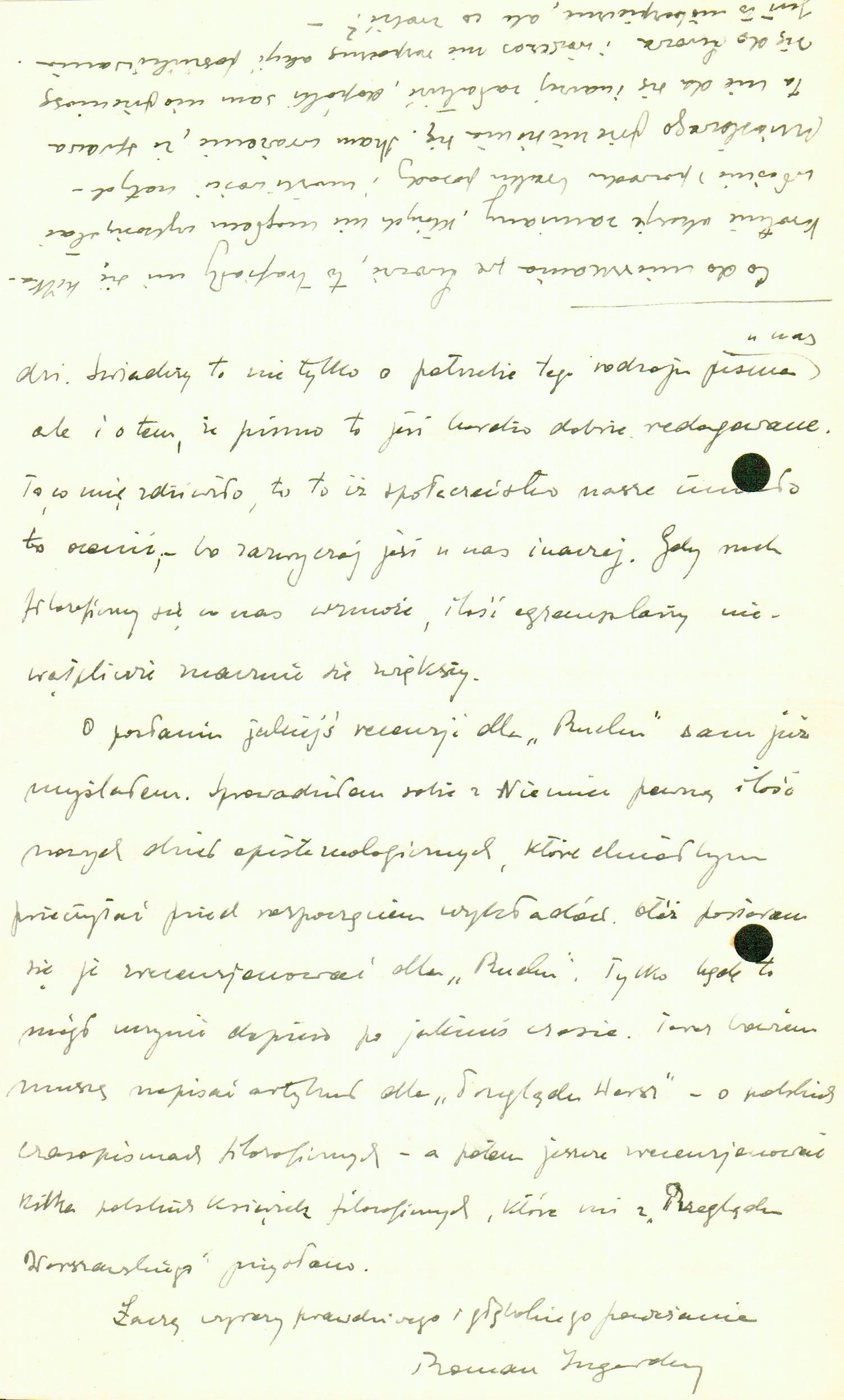 I cordially thank you for graciously informing me of the status of the confirmation of my habilitation. At the same time, please don’t be surprised at my taking the liberty of employing you in this matter or at my concern. The process of my habilitation colloquium included some painful thrusts, which would still have been painful (and inexplicable) even if I’d had more free time before the colloquium (rather than 30 hours of lessons per week, three months of forced translation of the dissertation at 5‒6 hours a day and through all 5 days of my leave) and if I’d been able to supplement it with various matters of rote memorisation not necessary to my research. The pain was dependent on the fact that at a certain point they began to treat me like a student, delving directly into issues regarding which a student might be unable to parrot ‒ whereas, after all, I came to the colloquium with certain academic achievements to my credit and with certain theses which I had been preparing, first and foremost, to defend. And so the incident with Prof. G [O1] filled me with a certain mistrust. Thus, when I learned several days ago that the files concerning the matter were not in Warsaw yet ‒ an instinctive fear arose in me as to whether Prof. G might have initiated some further action against me, the reasons for which I’d be unable to explain. I’m inordinately glad that my fears were in vain and that the reason for the delay is a meaningless formal consideration. And even the delay itself is insignificant given that ‒ as you rightly point out – I can’t be in Lviv yet due to the lack of a position. But here again, it’s not surprising that I’m eager to begin university work. Indirect activity by means of printing can never replace direct activity. Meanwhile, my academic activity in Poland up to the present has basically led nowhere, because my important things – printed in German – have been read by next to nobody here in Poland ‒ and it’s only from abroad that echoes of my work and traces of their effects sometimes reach me. I can’t say I’m displeased by this last fact. However, it has its negative side: at the moment I’m being counted among German philosophers, although I’ve tried to scrupulously indicate that I’m not German.

I cordially thank you for the information concerning Philosophical Movement. I was pleasantly surprised that such a significant number of copies of Movement are in circulation. This testifies not only to the need for this type of publication in Poland, but also to the fact that the journal is very well edited. What surprised me was that our society has been capable of appreciating it, because it’s usually different with us. When the philosophical movement intensifies here among us, the number of copies will undoubtedly grow significantly.

I’ve already thought myself about sending a review for Movement. From Germany, I brought a certain number of new epistemological works which I’d like to read before beginning the lectures. I’ll try to review them for Movement. It’s just that I can do it only after some time, because now I’ve got to write the article for Wars. Review – about Polish philosophical journals – and then to review several Polish philosophy books which Warsaw Review sent me.

I enclose expressions of true and profound esteem

As for an apartment in Lviv, I’ve had several opportunities to make an exchange which I couldn’t take advantage of, due to the lack of both a position and the ability to relocate immediately. I have the impression that this matter can’t be arranged any other way until I move to Lviv myself; meanwhile, I’m not going to initiate a search. It’s dangerous, but what can I do? ‒