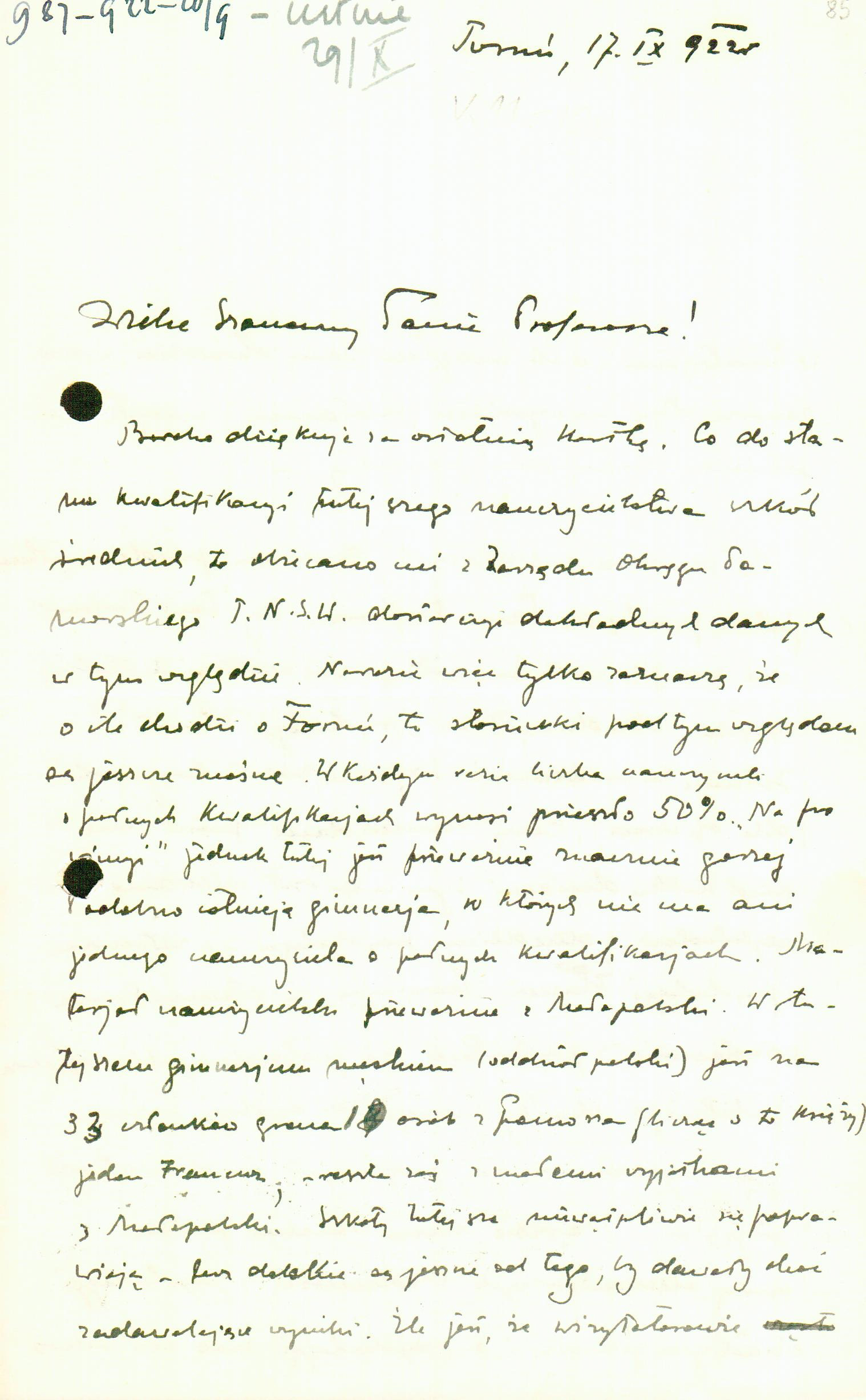 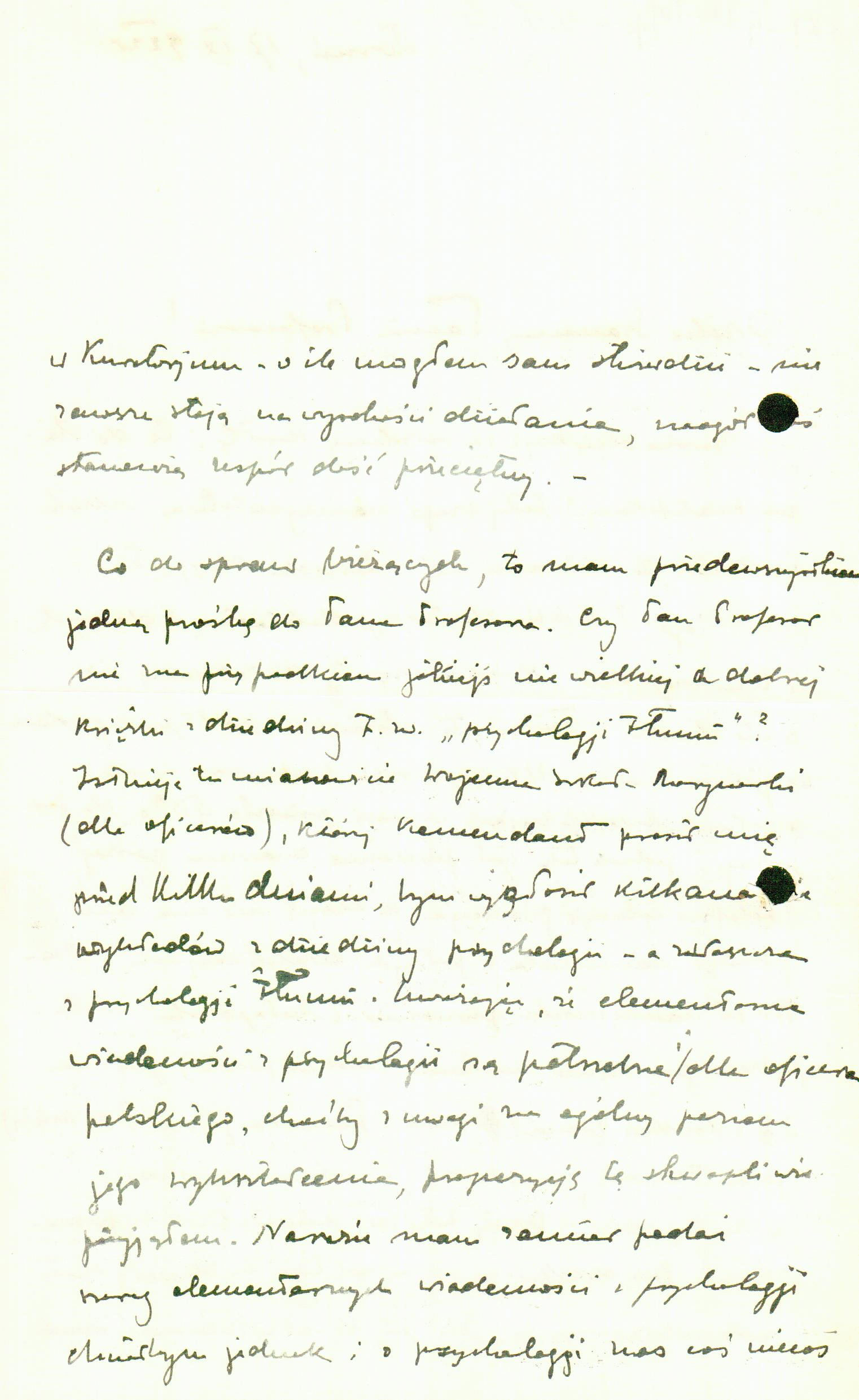 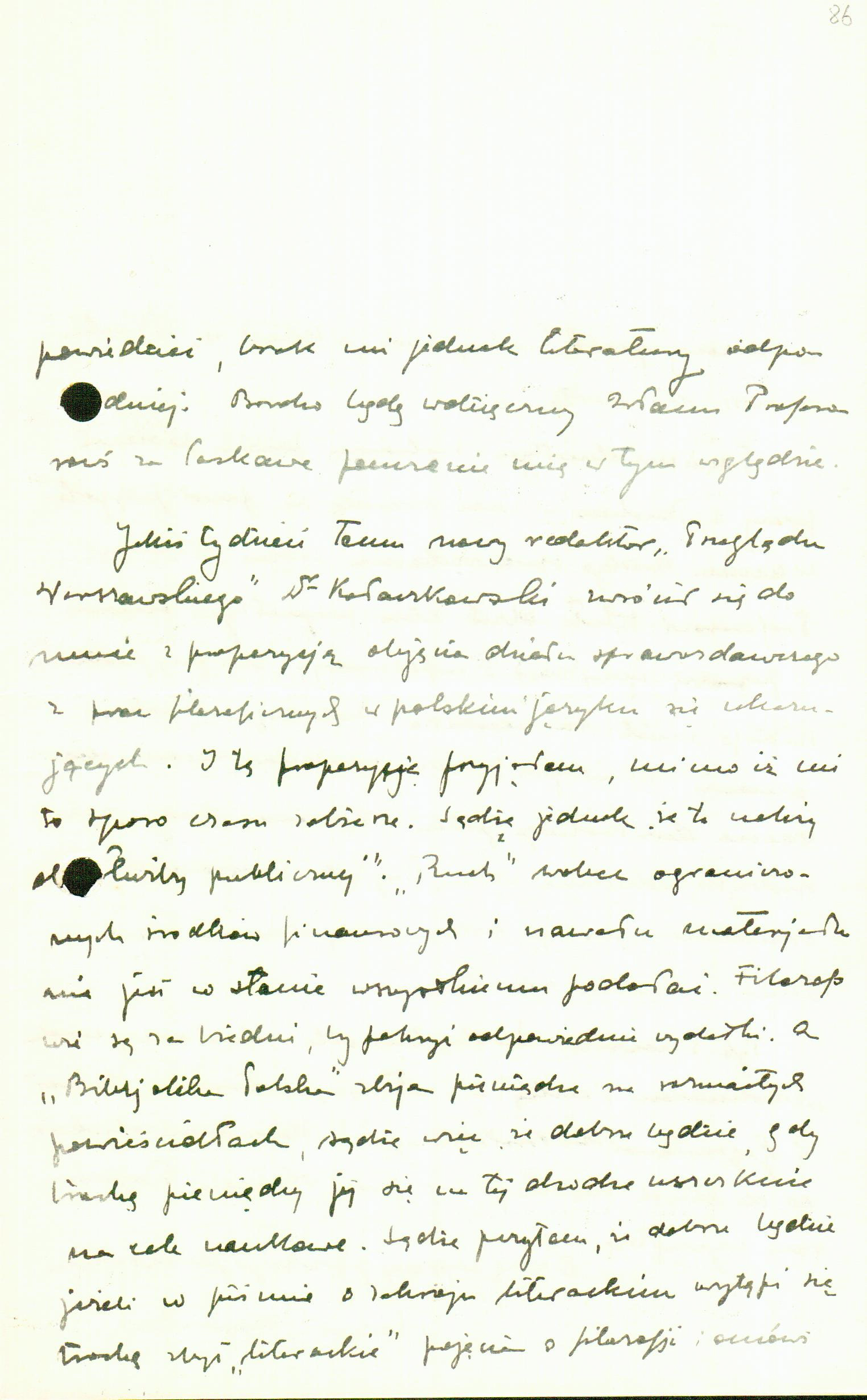 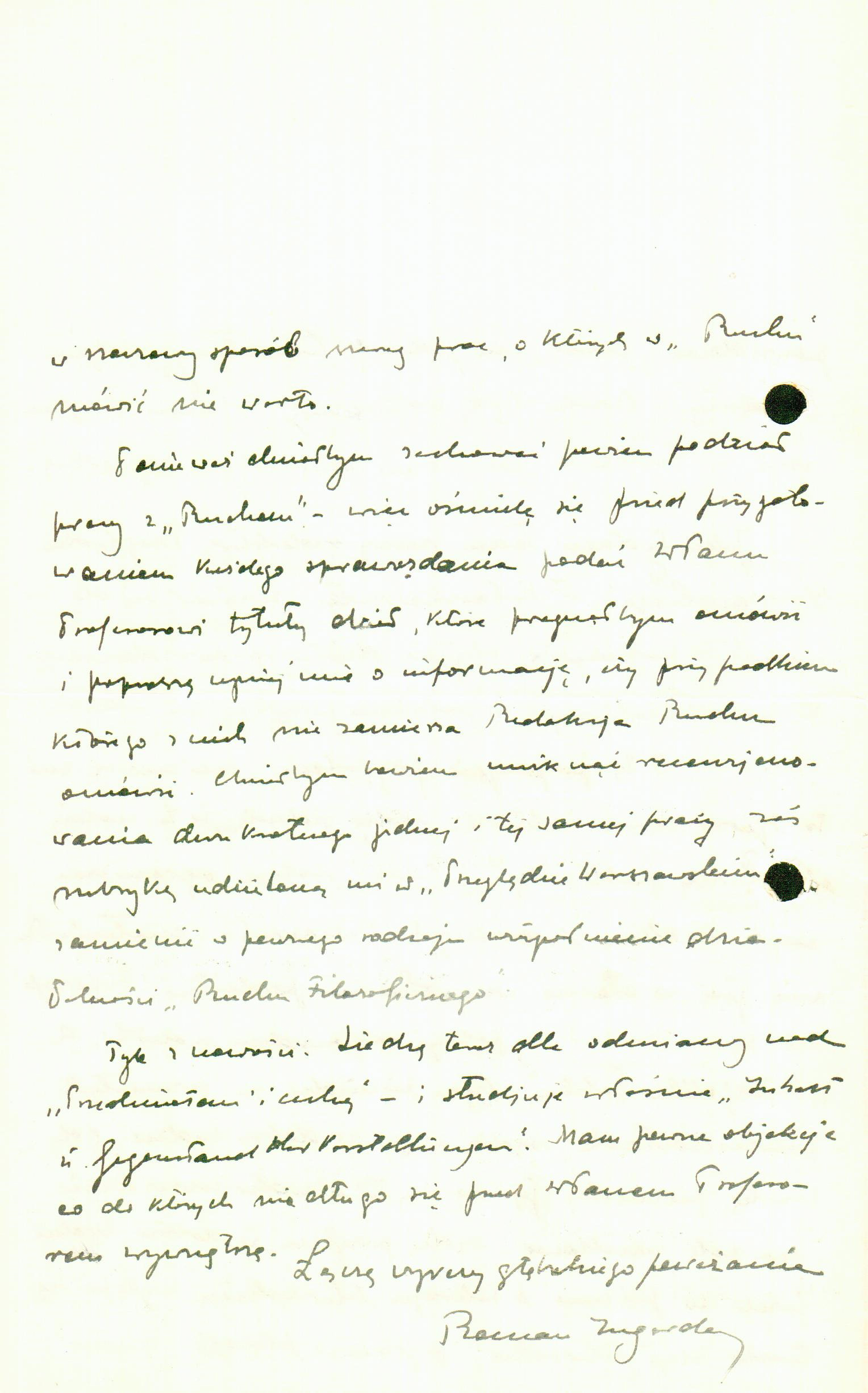 Thank you very much for your latest card. As for the status of qualifications for teachers at the middle school here, the Board of the Pomeranian District of TNSW [Towarzystwo Nauczycieli Szkół Wyższych; English: Society of Higher Education Teachers] promised me it would provide accurate information in this regard. For now, I’ll point out only that, as far as Toruń is concerned, the situation in this respect is still tolerable. In any case, the number of teachers with full qualifications is over 50%. In the ‘countryside’ here, however, it’s usually much worse. Apparently, there are middle schools in which there’s not a single teacher with full qualifications. Teachers are mostly from Małopolska [the province of Little Poland]. In the middle school for boys here (Polish section), of 33 staff members, there’s a group of 8 individuals from Pomerania (including priests), and one Frenchman; the rest, with a few exceptions, are from Małopolska. Schools here are undoubtedly improving, but they’re still far from yielding even satisfactory results. It’s bad that the inspectors on the Board ‒ as far as I myself can confirm ‒ don’t always make the grade; in general, the team is quite average. ‒

As for current matters, first of all I have a request for you. Might you by some chance have a good but not very long book in the field of so-called ‘crowd psychology’? There’s a school here, namely the Navy Officers School [currently the Polish Naval Academy], whose Commandant asked me a few days ago to give ten or so lectures in the field of psychology ‒ and especially on crowd psychology. Considering that elementary knowledge of psychology is required for Polish officers too, if only with regard to the general level of their education, I accepted this proposal eagerly. For now I intend to give them a bit of elementary knowledge concerning psychology; however, I’d like to say something about the psychology of the masses, but I’m missing the necessary literature. I’d be very grateful for your gracious instruction in this regard.

A week ago, the new editor of Warsaw Review, Dr Kołaczkowski[O1] , approached me with a proposal to take over the department reporting on philosophical papers appearing in Polish. I accepted this proposal, even though it’ll take up a great deal of my time. I believe, however, that this is part of ‘public service’. Given its limited financial means and the overload of material, [Philosophical] Movement is not able to cope with everything. Philosophers are too poor to pay the relevant expenses. Meanwhile Polish Library wastes money on assorted potboilers; I believe, therefore, that it’ll be a good thing if a little of its money is siphoned off along the way for purposes of learning. I believe as well in this regard that it’d be a good thing if, in a periodical of the literary type, some overly ‘literary’ ideas about philosophy were eradicated, and if a number of papers not worth talking about in Movement were discussed in a factual manner.

Since I’d like to hold on to a certain portion of work with Movement, I’m taking the liberty, prior to preparing each report, of giving you the titles of the works I’d like to discuss, and of asking politely whether by any chance the Editorial Board of Movement has no intention of discussing some of them, as I’d like to avoid reviewing the same work twice; meanwhile, I’ll transform the column given me in the Warsaw Review into a kind of supplement to the operations of Philosophical Movement.

So much for news. Right now I’m working, for a change, on ‘The subject [O2] and its attributes’ – and in fact I’m studying Inhalt u. [und] Gegenstand der Vorstellungen [On the Content and Object of Presentations (Twardowski)]. I’ve got certain objections, which I’ll confide to you before long.