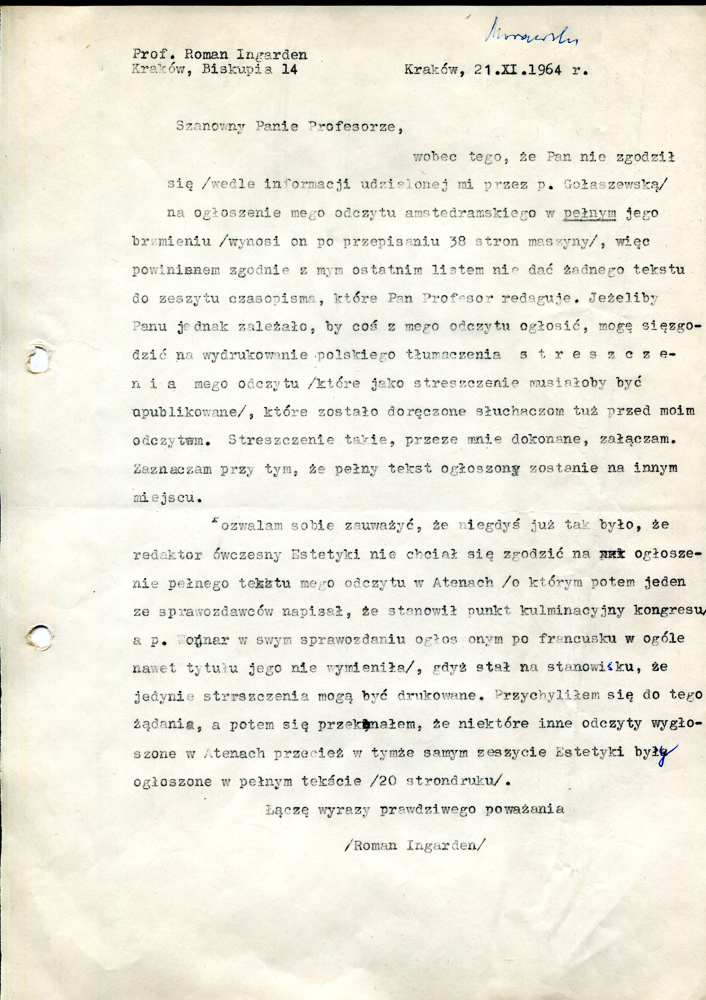 n           Let me note that a similar situation has occured before, where an editor of Aesthetics did not want to agree to the xxx publication of the full text of my paper presented in Athens /about which later one of the reporters wrote that it was the culmination of the congress, and Mr. Wojnar did not even mention its title in his report given in French /, because he was of the opinion that only summaries could be printed. I succumbed to this request, only to later find out that some of the other lectures given in Athens had been published in the same volume of Aesthetics in full /20 pages/.