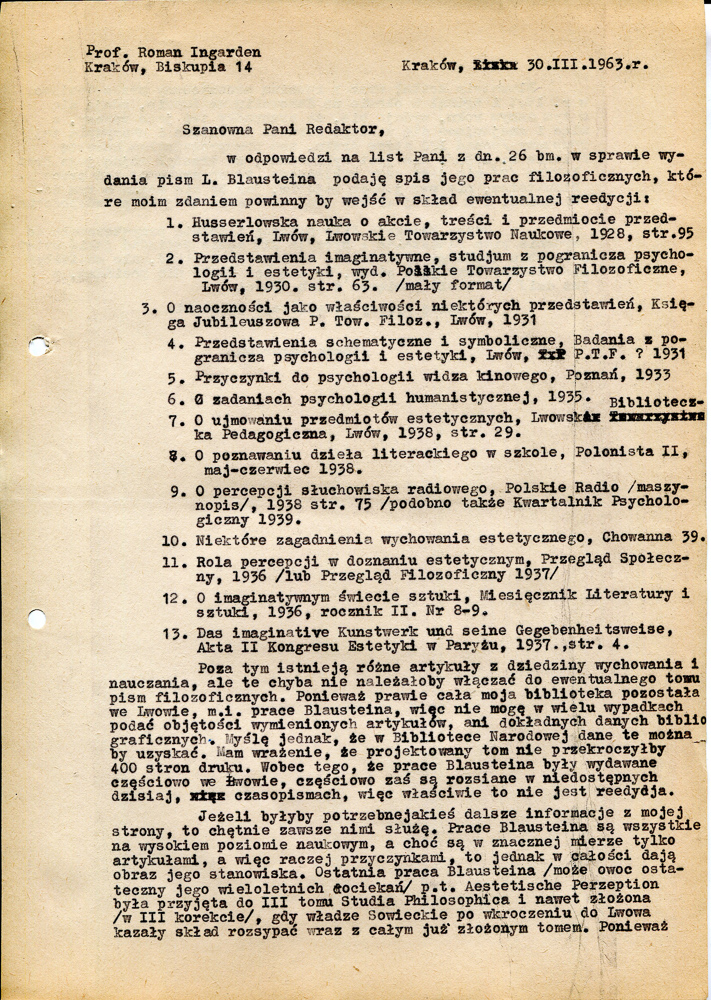 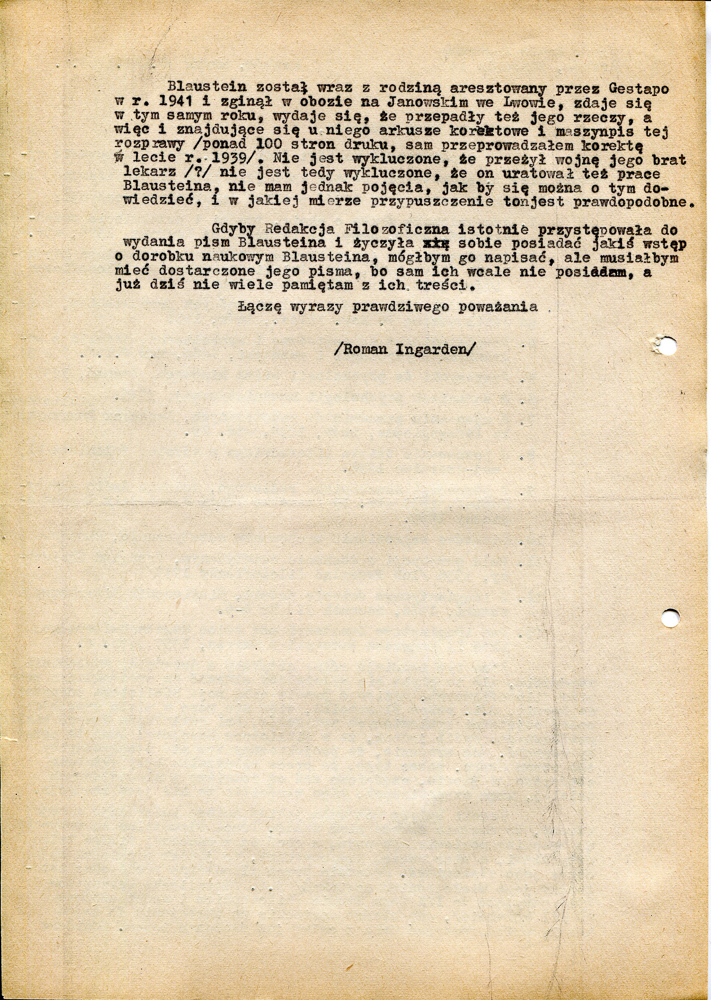 c            in response to your letter from 3/26 regarding the matter of L. Blaustein’s writings, I present a list of his philosophical works that I believe should be part of the possible re-edition:

c            In addition, there are various articles in the fields of child rearing and education, but these probably should not be included in the possible volume of philosophical writings. Because almost my entire library remained in Lviv, including Blaustein’s works, I cannot in most cases provide the volume of the aforementioned articles or exact bibliographic data. However, I believe that this data could be obtained in the National Library. My general estimation would lead me to believe that the designed volume should not exceed 400 pages of print. Due to the fact that Blaustein’s works were partly published in Lviv, and partly scattered in magazines unavailable today, it cannot really be considered a re-edition.

c             If any further information is needed from me, I am always happy to help. Blaustein’s works are all at a high scientific level, and although they are to a large extent only articles, and thus rather contributions, they provide a complete picture of his position. Blaustein’s last work /maybe the final fruit of his many years of research/ titled Aestetische Perzeption was accepted for the third volume of Studia Philosophica and even submitted /In the third correction/, when the Soviet authorities, upon entering Lviv, ordered to dismantle the whole composition along with the entire already submitted volume.

c            Since Blaustein and his family were arrested by the Gestapo in 1941, and died the same year, as it seems, in the Janowski concentration camp in Lviv, I think his things, including his correction sheets and the typescript of this dissertation /over 100 pages of print, I myself did the proofreading in the summer of 1939/ have all been lost. There is a possibility that his brother – the medical doctor /? / survived the war, it cannot also be ruled out that he salvaged Blaustein’s work, but I have no idea how one could verify that and to what extent it is likely.

c            If the Editorial Office of Philosophical Publications is, in fact, intent on publishing Blaustein’s writings and wishes to have some introduction to Blaustein’s scientific output, I could write it, but his writings would have to be delivered to me, as I do not own them and do not remember much of their contents today.

Letter to the Committee of the Library of Classics of Philosophy written 10.06.1952

Letter to the Committee of the Library of Classics of Philosophy written 25.03.1953