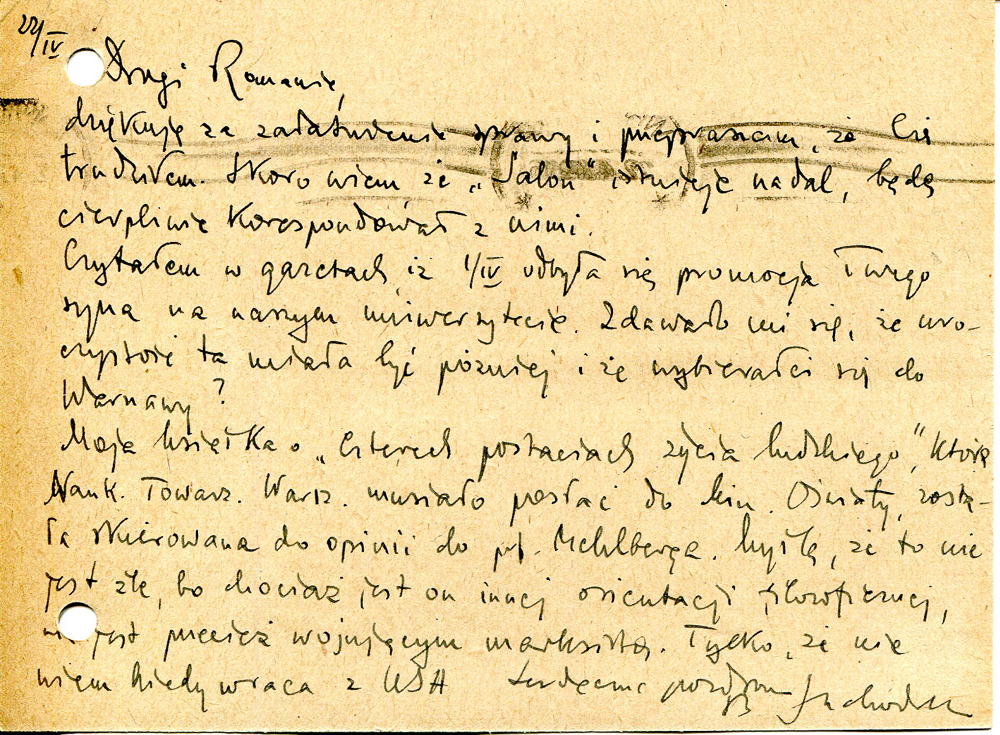 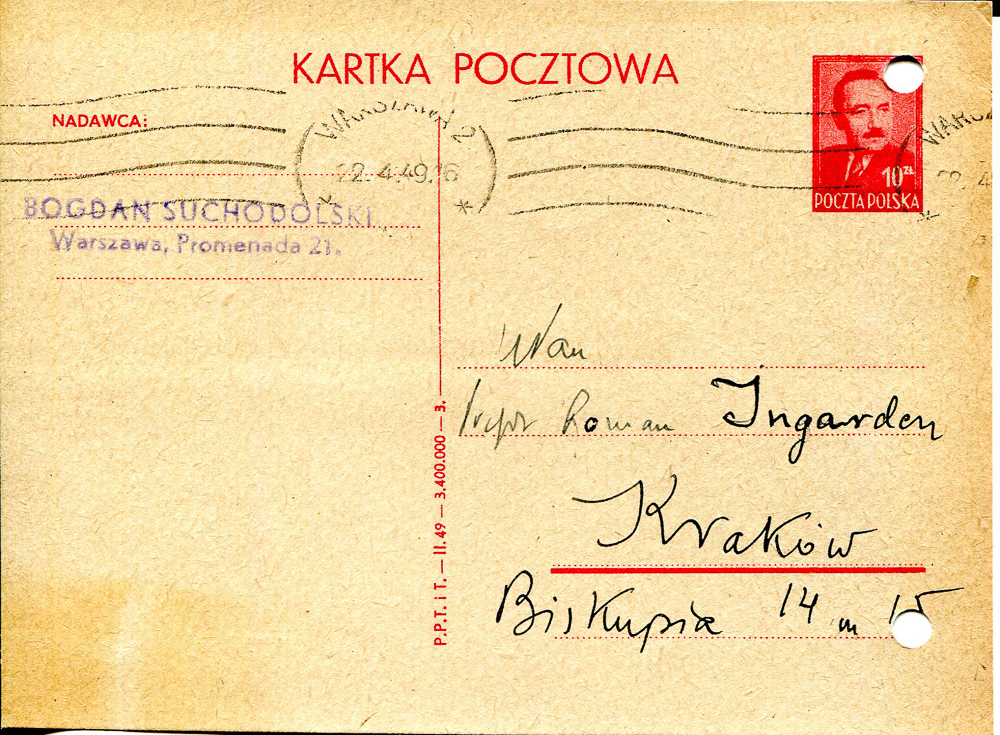 Thank you for settling the matter, and I apologise for bothering you. Since I know that Salon still exists, I’m going to correspond patiently with them.
I read in the newspapers that on 1/4 your son’s promotion was held at our university. It seemed to me that the celebration was to be held later and that you were going to Warsaw.
My book on ‘Four forms of human life’, which the Warsaw Scientific Society had to send to the Ministry of Education, was directed to Prof. Mehlberg for an opinion. I don’t think this is bad, since he, even though of a different philosophical orientation, isn’t a militant Marxist. It’s just that I don’t know when he’s returning from the USA  Cordial greetings