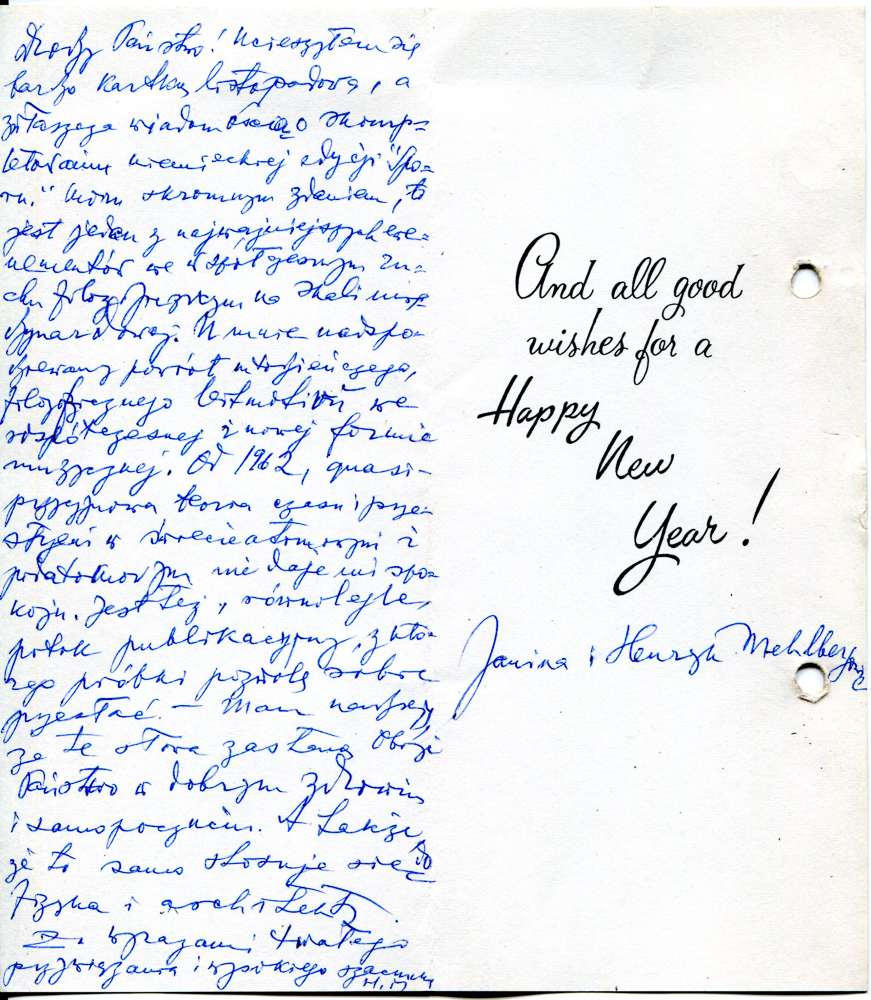 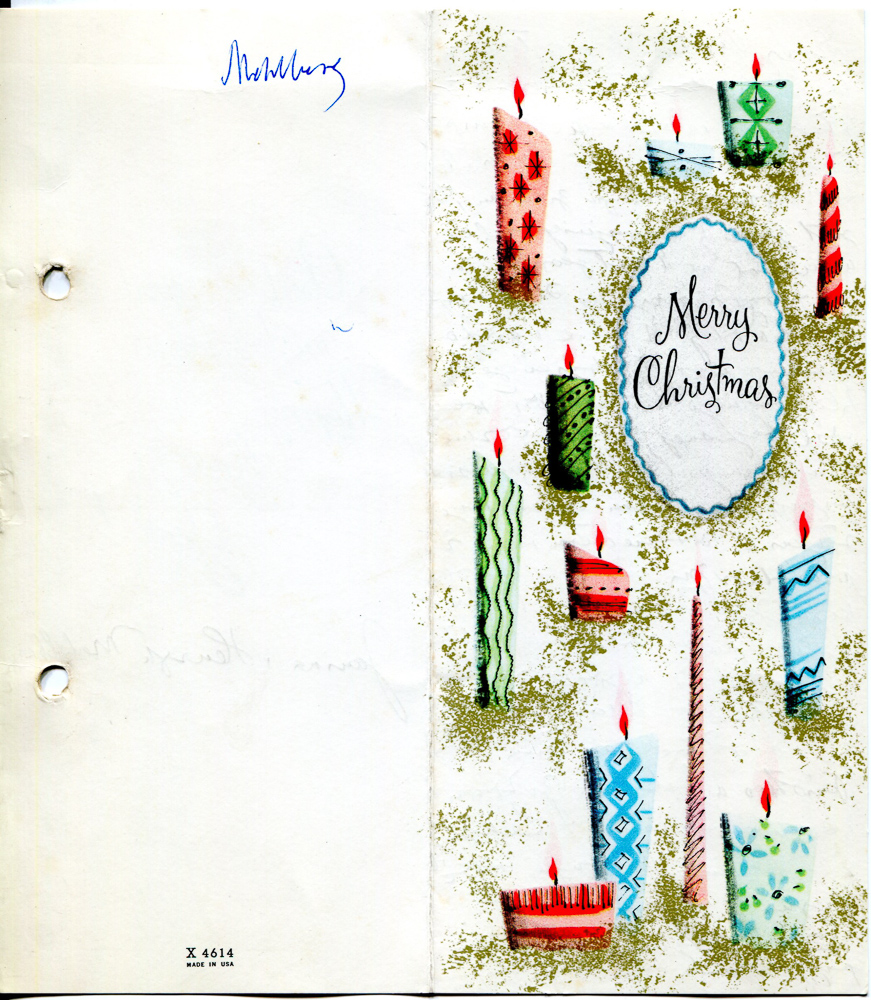 My dear people! I was very happy with your November card, especially the news about the completion of the German edition of Spór [o istnienie świata; Controversy over the Existence of the World]. In my humble opinion, this is one of the most important elements in the contemporary philosophical movement on an international scale. With me, the unexpected return of a philosophical leitmotiv from my youth in a contemporary and new musical form. Since 1962, a quasi-causal theory of time and space in the atomic and post-atomic world has given me no peace. There’s also, at the same time, a torrent of publications, from which I’ll take the liberty of sending samples. – I hope that these lines will find both of you in good health and well-being. And also that the same applies to the physicist and architect [i.e. Ingarden’s sons Roman Stanisław and Janusz].

With words of enduring attachment and high respect

And all good
wishes for a

Happy New Year! [in English in the original, no doubt pre-printed inside the card]