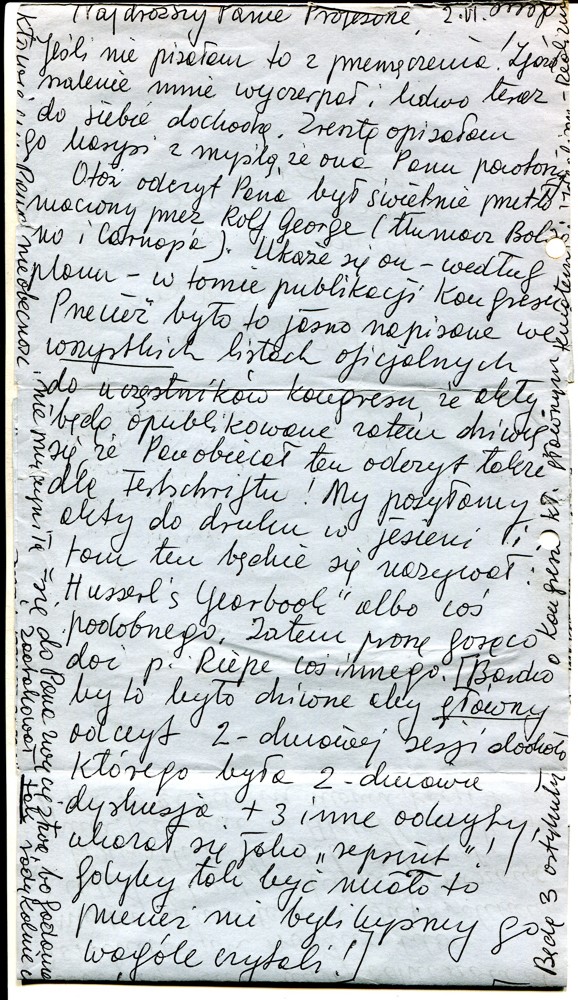 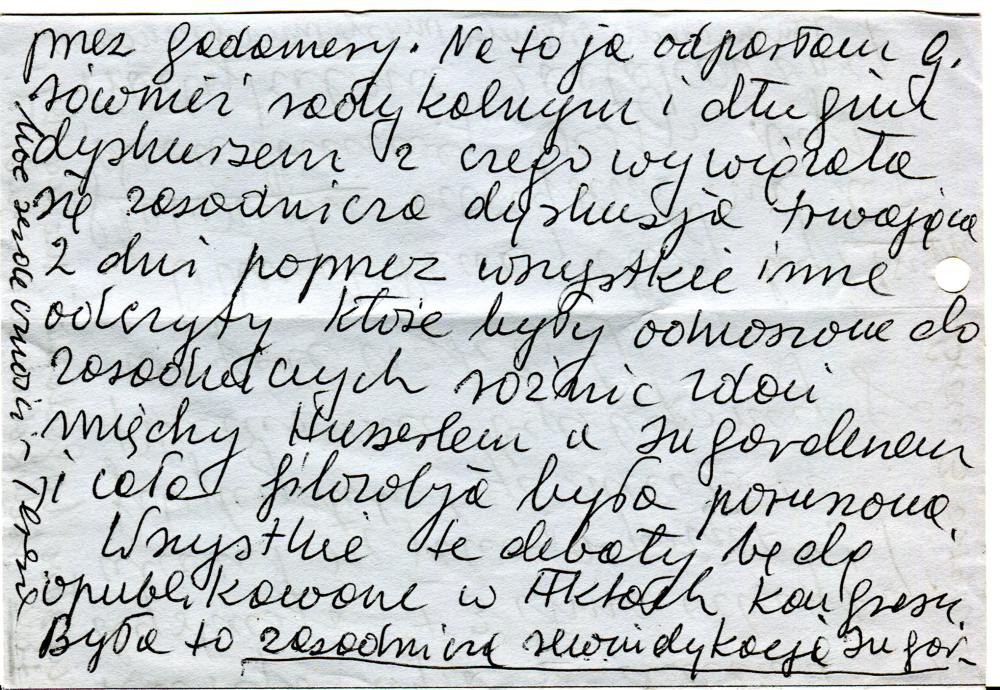 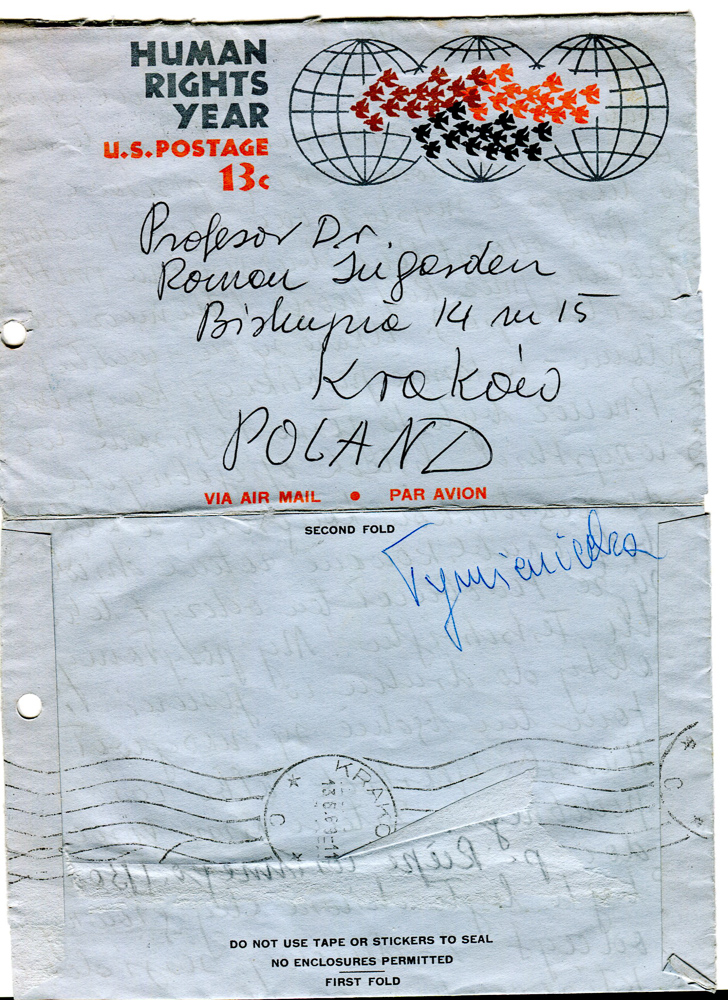 If I didn’t write it was only out of fatigue! The congress has thoroughly exhausted me and I am barely starting to recover now. Anyway, I described it to Marysia in the hopes that she would relay it to you.

v     Your reading was translated perfectly by Rolf George (Bol[za]no and Carnap’s translator). It will be released – according to the plan – in the form of a congress publications. After all, it was clearly written in all official letters to the participants of the congress that the files would be published, so I am surprised that you also promised this lecture also to Festschrift! We are sending the publication into print in the fall and it will be called: “Husserl’s Yearbook” or something similar. So please give Mr. Riepe something else. [It would be very strange if the main lecture of the 2-day session, around which a 2-day discussion + 3 other lectures were focused, appeared as a “reprint”! If that were to be the case, no one would read it at all!]

v     Your lecture, which was the first and main one in this two-day session, was radically attacked by gadamers. To this I replied to G., also with a long and radical speech which gave rise to a fundamental discussion lasting 2 days through all other presentations related to the fundamental differences of opinion between Husserl and Ingarden, and all of philosophy was astir. All these debates will be published in the Congress Files. It was a fundamental reclaiming of Ingar-

v     There will be 3 articles about the Congress focused on: [Idealism]-Realism. Who knows [if] your absence did not contribute to your victory, because Gadamer would not attack that radically if you were there, which was his demise! I will send you the translation of the article before printing. Heartfelt regards – Teresa