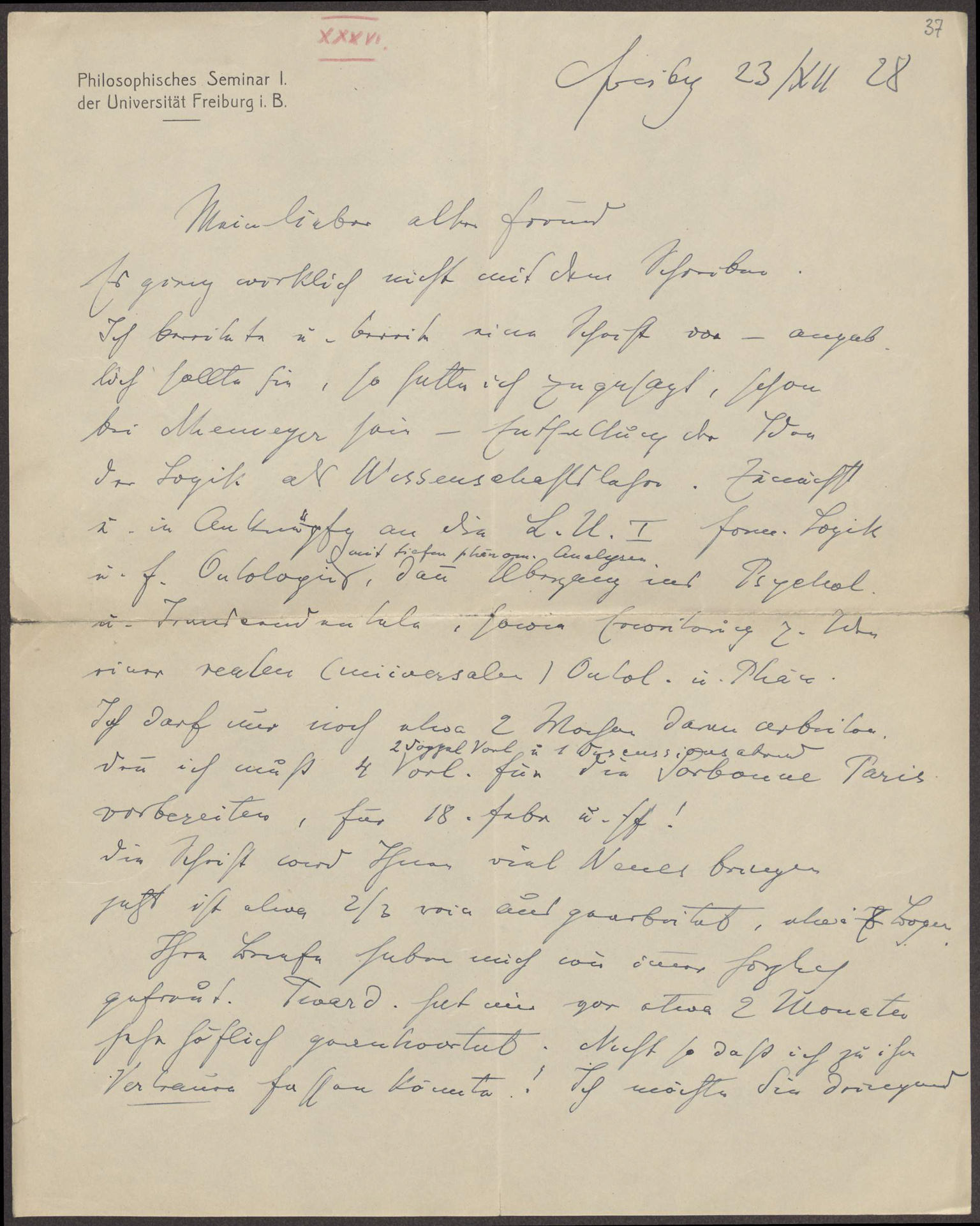 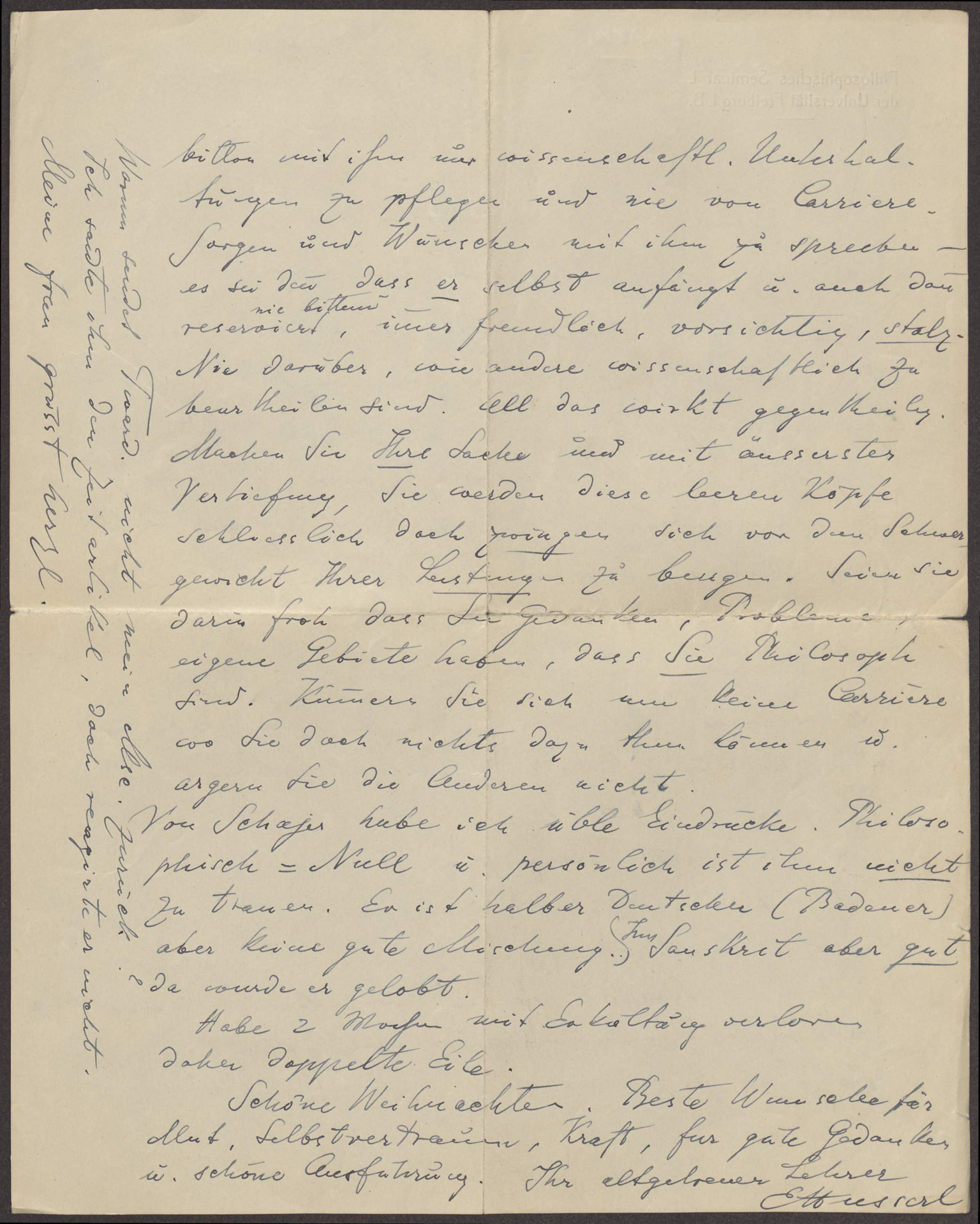 It really was not possible for me to write. I have been preparing and am still working on a manuscript (which should already be sent to Niemeyer as I had promised) on the development of the idea of ​​logic as a theory of science.40 Initially and in connection with the L[ogical] I[nvestigations] 1st form[al] logic and f[ormal] ontology, including deep phenom[enological] analyses, followed by a transition to the psychol[ogical] and transcendental, as well as an extension of the idea of ​​a real (universal) ontol[ogy] and phen[omenology]. I only have about two more weeks to work on it, because I have to prepare four lectures (two double lectures and one discussion evening) for Sorbonne in Paris which are scheduled for February 18. The paper will introduce you to many new things; about 2/3 of it has already been completed (there are about eight pages).

As always, I was delighted to receive your letters. Tward[owski] replied to me very politely about two months ago. Nevertheless, I do not trust him! I would urge you to only discuss scientific matters with him and to never to speak of any career-related issues or concerns you might have – unless he starts such a conversation and, in that case, stay reserved, never plead, always remain friendly, careful, and proud. Never talk about how others should be scientifically judged. All of this will cause the opposite effect. Do your work with extreme diligence. Ultimately, you will eventually force these empty heads to bow to the heavyweight of your accomplishments. Be glad that you have thoughts, problems, own domains, and that you are a philosopher. Do not worry about a career, since you no control over it, and try not to annoy others.

Schayer gave me a bad impression. Philosophically = zero, and personally he cannot be trusted. He is half German (from Baden), but not a good mix. However, he is pretty good in Sanskrit; he was praised for it.

I have lost two weeks due to a cold; therefore, I must work twice as fast. Merry Christmas. I wish you courage, self-confidence, energy, positive thoughts and success.

Why hasn’t Tward[owski] returned my manuscript to me? I sent him the Zeit article, but I did not receive any response. My wife sends her best regards.