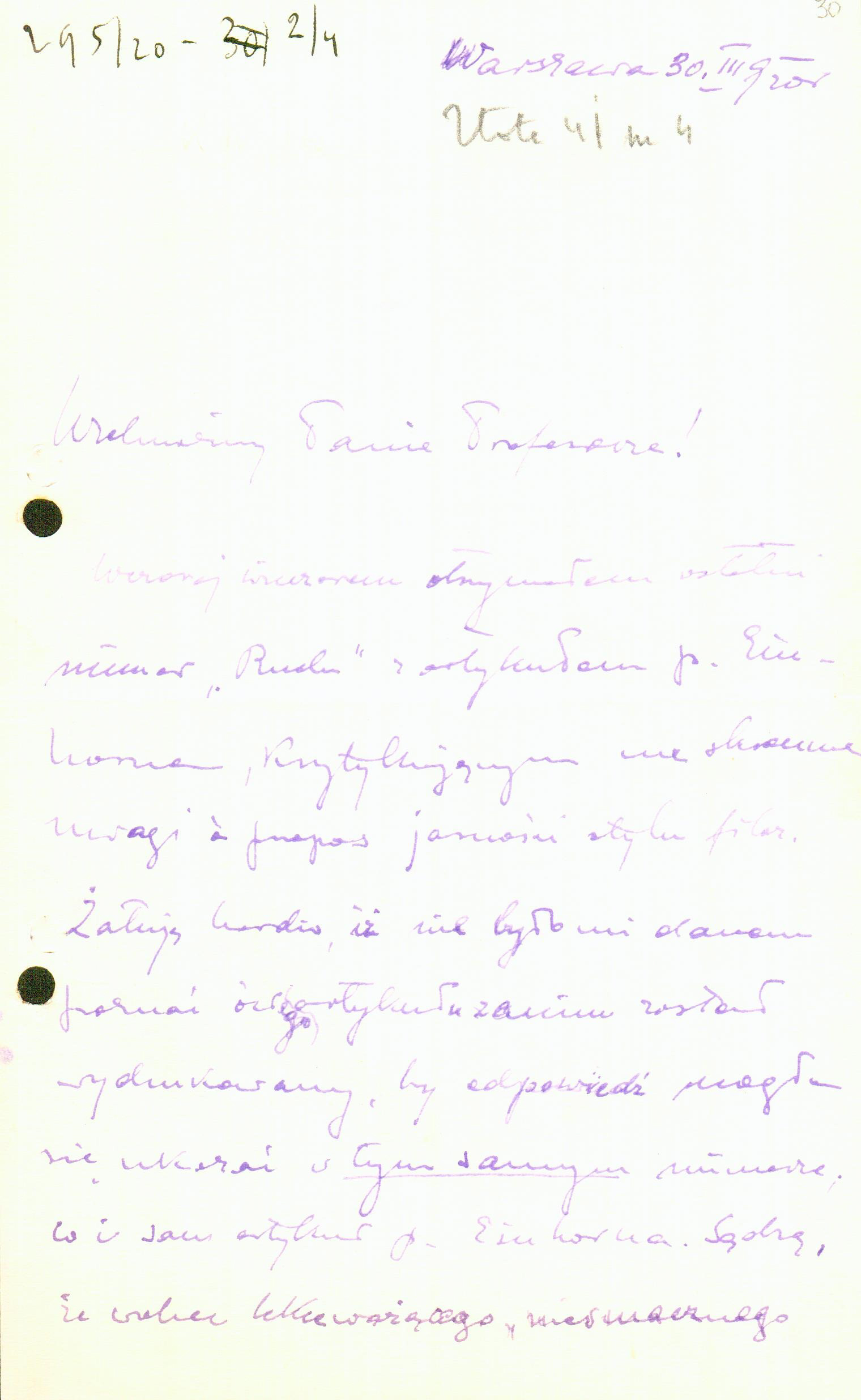 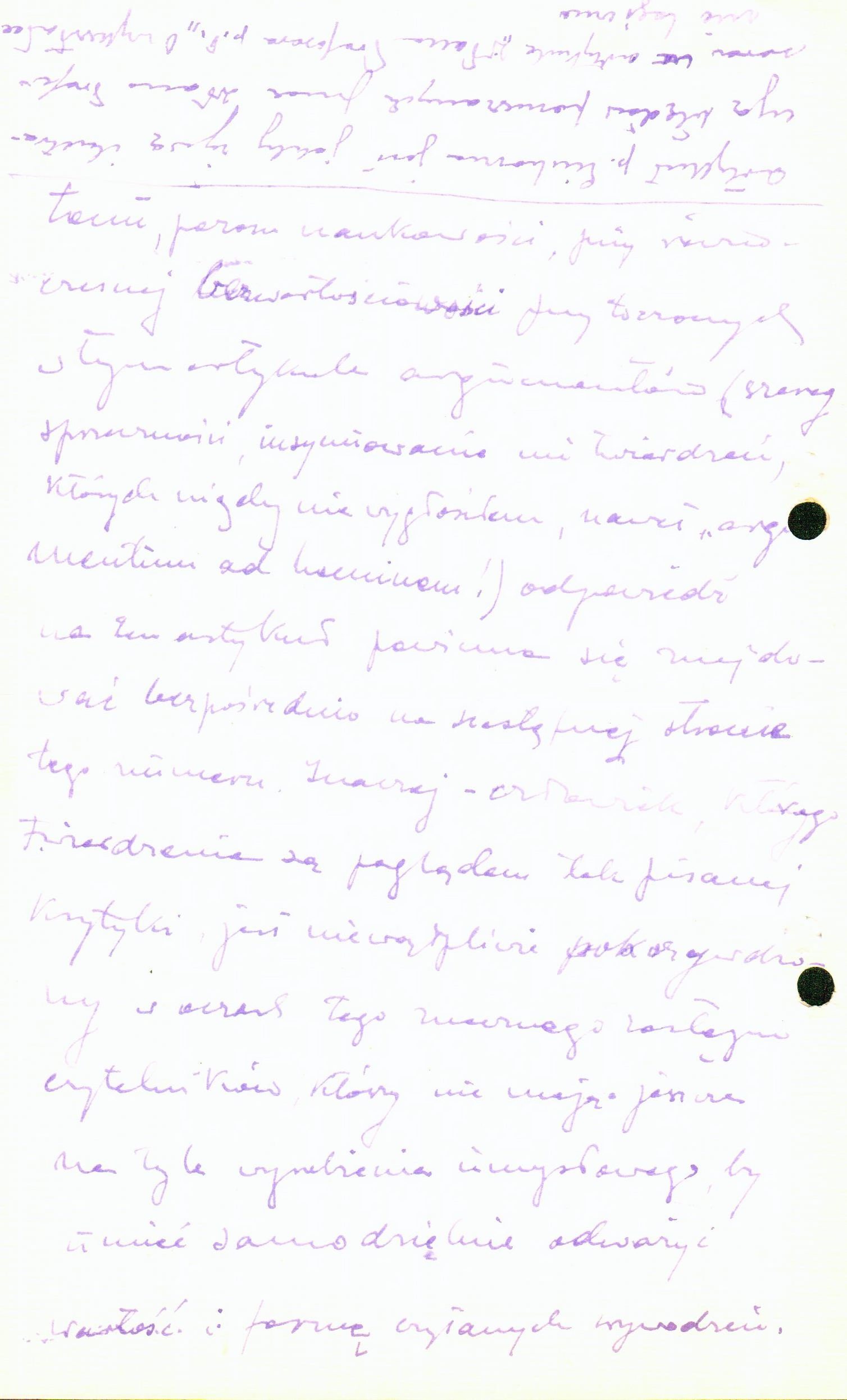 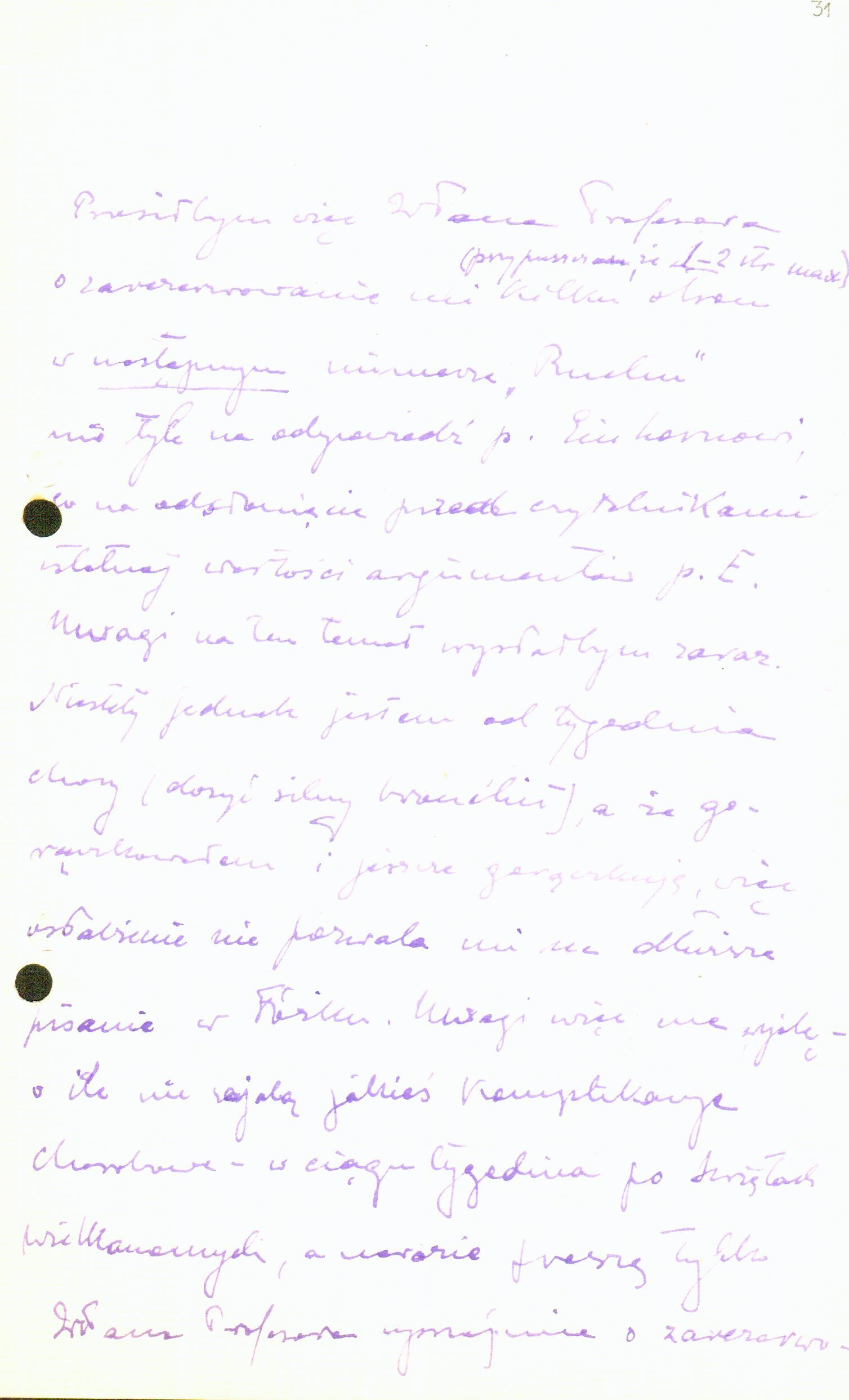 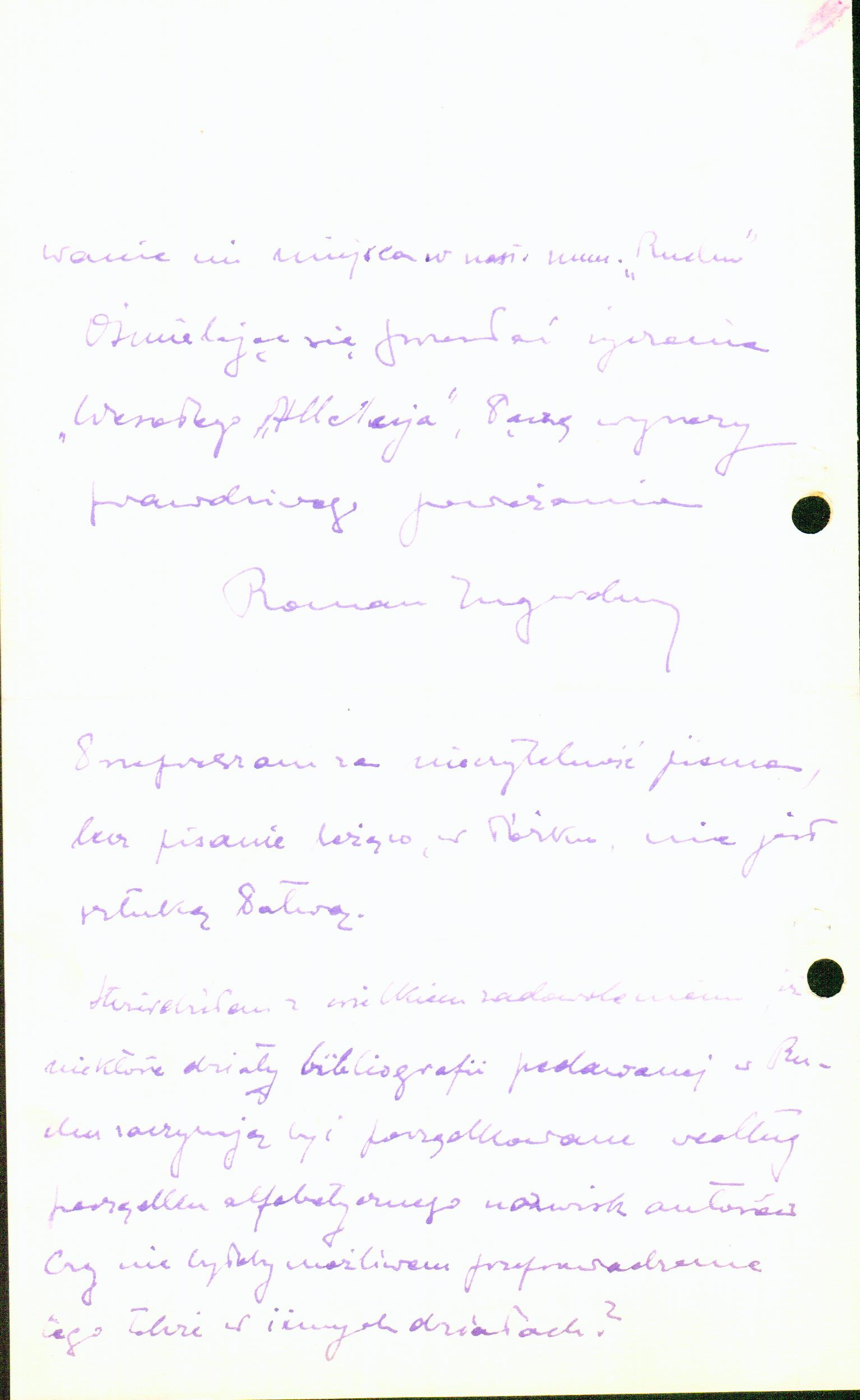 Yesterday evening I received the latest issue of Movement [Philosophical Movement] with Mr Einhorn[O1] ’s article criticising my modest remarks à propos the clarity of philos. style. I greatly regret that I was given no opportunity to become acquainted with this article prior to printing so that my response might appear in the same issue as Einhorn’s article itself. I believe that, given its disrespectful, distasteful tone and veneer of scholarship, in conjunction with the worthlessness of the arguments cited in this article (a series of contradictions, attributing statements to me which I never published, even ad hominen arguments!), my response should have been found directly on the following pages of this issue. Otherwise, an individual whose statements are subject to criticism written in such a manner is undoubtedly disadvantaged in the eyes of the significant group of readers who haven’t yet achieved the mental development to independently weigh the worth and form of the eductions they’ve read.

Mr Einhorn’s article is, as it were, a lively illustration of the errors you cited in your article entitled ‘On Logical Education’.

I’d ask you, then, to reserve several pages for me (I suppose that you have 1 or 2 pages available) in the next issue of Movement, not so much for the purpose of responding to Mr Einhorn as for that of exposing the essential worthlessness of his arguments to the readers. I would send remarks on this subject forthwith. Unfortunately, however, I’ve been ill for a week (rather severe bronchitis), and was and still am feverish; as a result, my weakness doesn’t permit me to write any longer in bed. Accordingly, I’ll send my remarks ‒ if not prevented by any related complications ‒ during the week after Easter ‒ whereas for now, I am asking only that you reserve a place for me in the next issue of Movement.

I take the liberty of sending ‘Happy Easter’ wishes, and enclose expressions of true respect

I apologise for the illegibility of this letter, but writing while lying in bed is no easy task.

I have found, to my great satisfaction, that some sections of the bibliography included in Movement have begun to be sorted in alphabetical order of the authors’ names. Wouldn’t it be possible to do this as well in other sections?