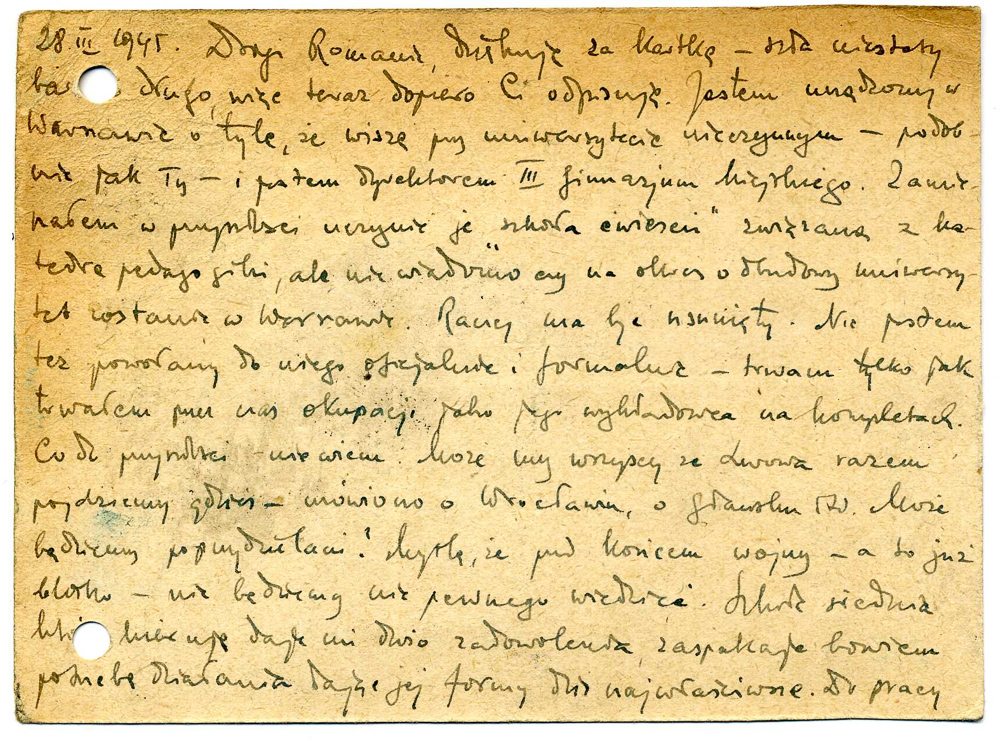 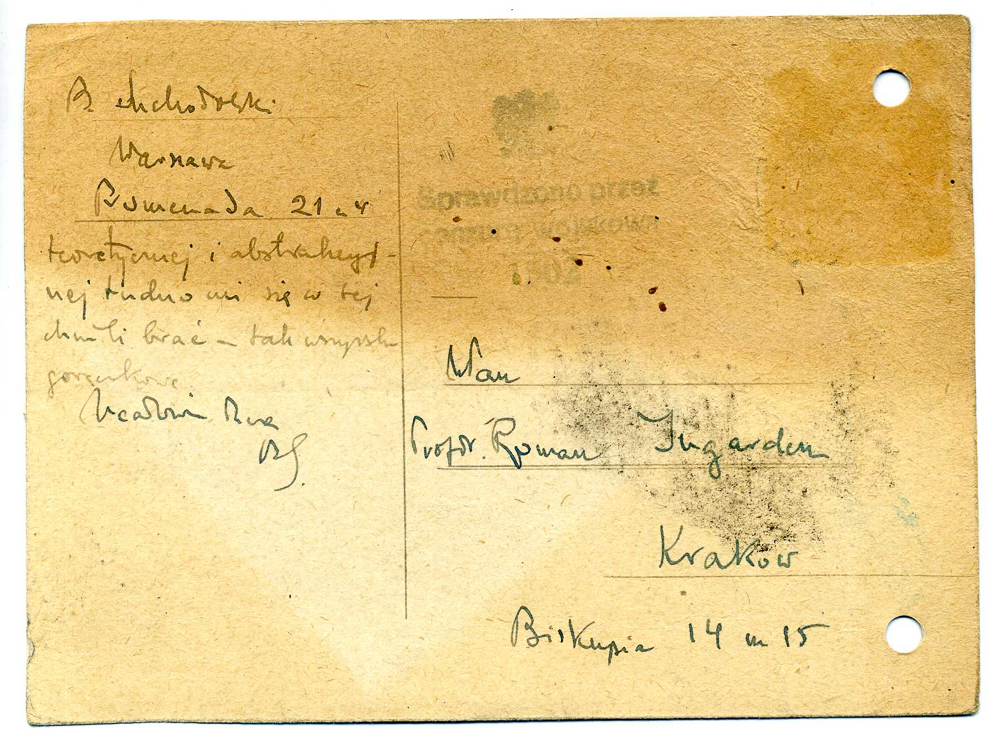 28/3/1945   v     Dear Roman, thank you for the card – unfortunately, it was in transit for a long time, so I’m writing back to you only now. I’m settled in Warsaw to the extent possible given that, like you, I’m dependent on the inactive university, and I’m the director of municipal middle school no. 3. I’d intended, in the future, to make it ‘XXX school’, associated with the chair of pedagogy, but nobody knows whether the university is going to remain in Warsaw during the period of reconstruction. More likely it’s supposed to be eliminated. I haven’t been officially and formally appointed there – I’m remaining only as long as I did during the occupation as the university’s lecturer on XXX. As for shipments – I don’t know. Perhaps all of us from Lviv will go somewhere together – there’s been talk about Wrocław, about Gdańsk, etc. Perhaps we’ll be assigned? I think that as of the end of the war – which is already very near – we won’t know anything for certain. The middle school I’m directing gives me a great deal of satisfaction; it fulfils the need for action by affording it the most suitable forms. At the moment, it’s difficult to get involved in theoretical and abstract work – everything is so feverish.