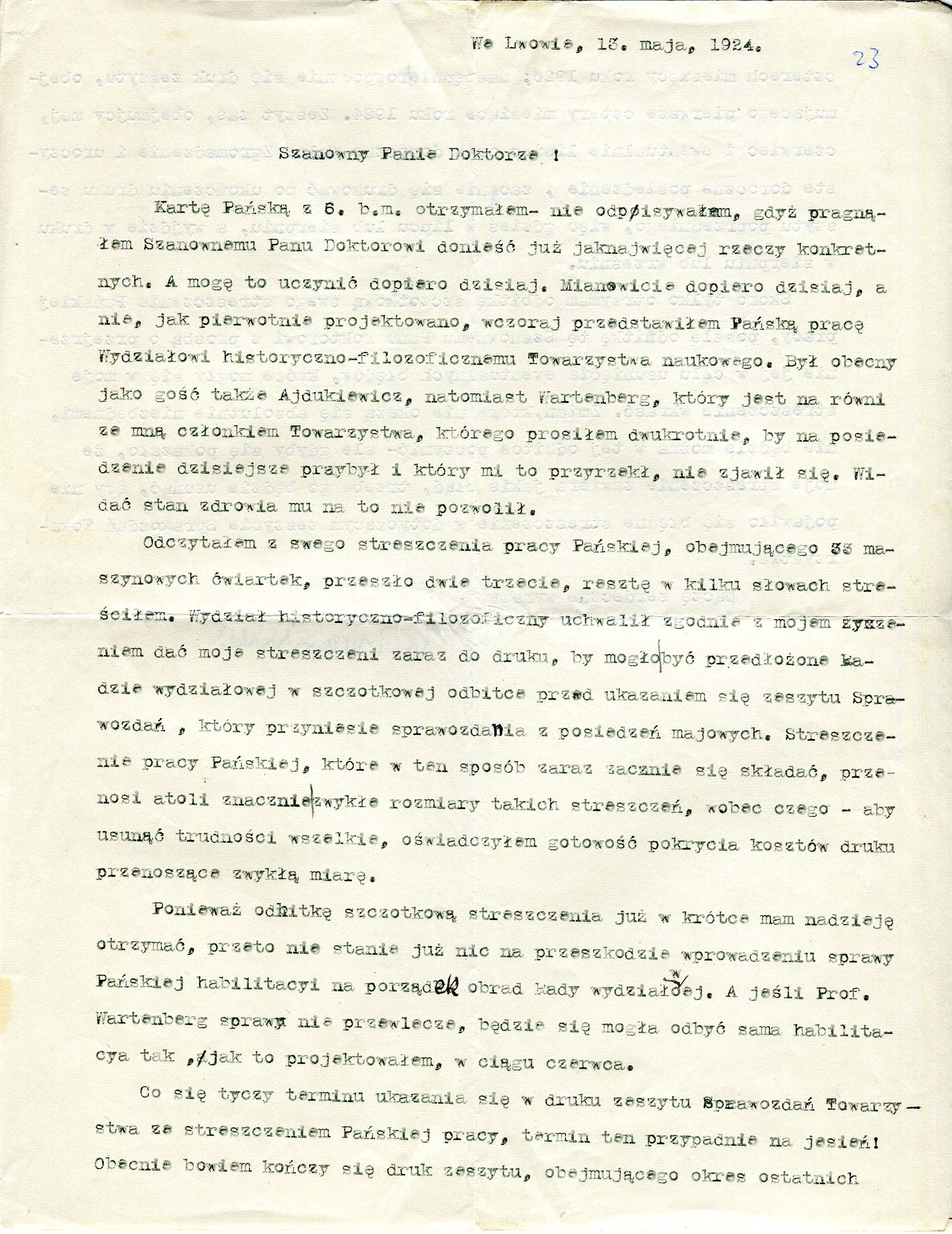 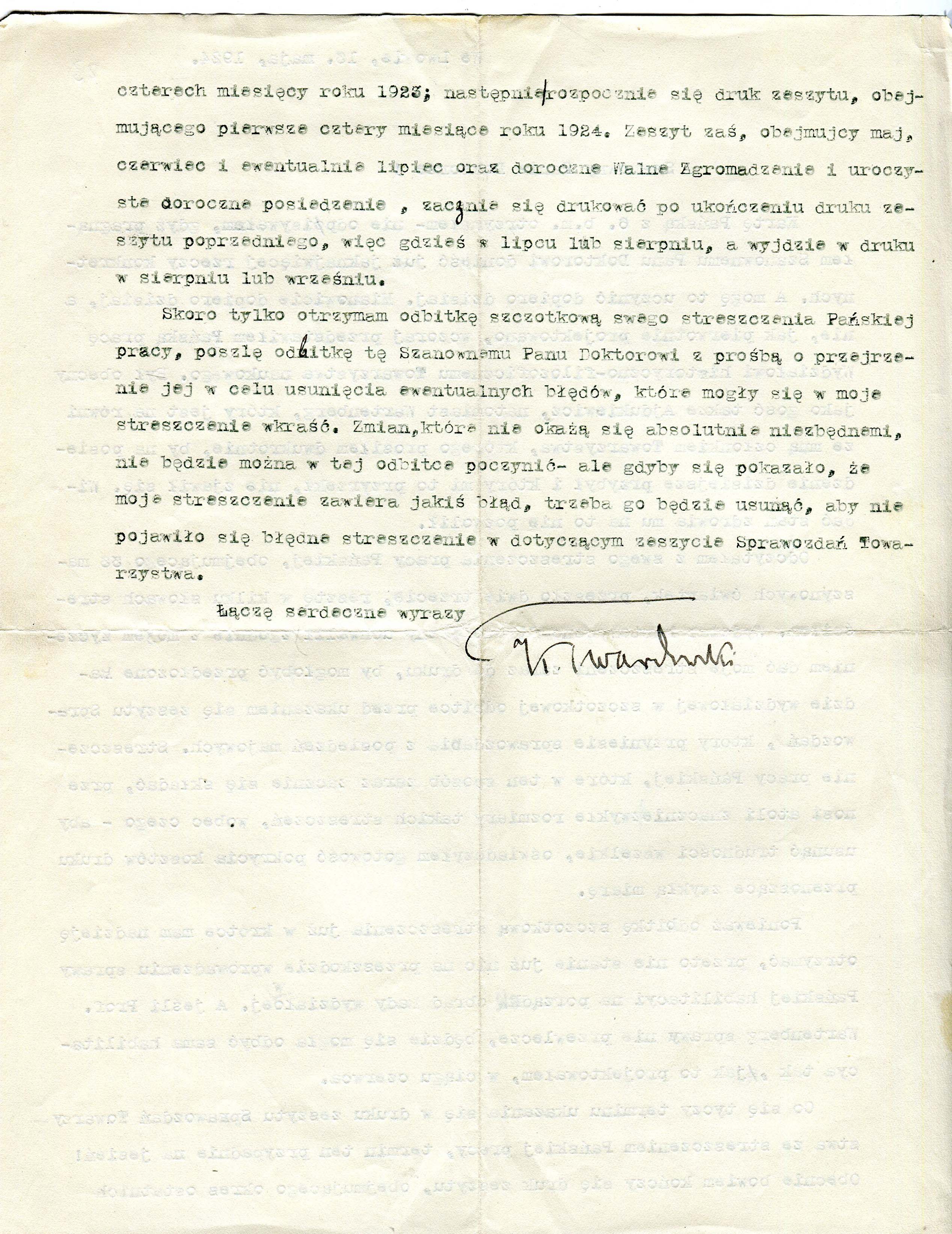 I received your card of the 6th of this month – I didn’t reply, because I wanted to inform you about as many specific items as possible. And it’s only today that I’m able to do that. Specifically, it was only today, and not, as originally projected, yesterday that I presented your paper to the historical-philosophical Department of the scientific Society. Ajdukiewicz was also present as a guest; however, Wartenberg, who is a member of the Society, just as I am, and whom I asked twice to attend today’s meeting and who promised to do so, did not appear. Evidently the state of his health didn’t allow him to.

I read from my summary of your work, which occupies 33 typed quarto pages; I got through two-thirds of it and summarised the rest in a few words. The historical-philosophical Department agreed, in accordance with my wishes, to immediately send my summary to be printed, so that it can be submitted to the department Council in a rough proof before the issue of Reports including reports from the May meetings appears. However, the summary of your paper, which they’ll thus begin typesetting immediately, involves a significant deviation from the usual length of such summaries; therefore, to eliminate any difficulties, I stated my readiness to cover the costs associated with deviating from the usual length.

As I hope to obtain the rough proof very soon now, nothing stands in the way of introducing the matter of your habilitation into the agenda of the faculty Council. And, provided Prof. Wartenberg doesn’t drag the matter out, the habilitation itself can take place as I projected, in June.

As soon as I receive the rough proof of my summary of your paper, I’ll send it to you with a request to look it over in order to remove any errors that may have crept into it. No changes, unless they prove absolutely necessary, will be made in this proof – but if it turns out that my summary contains an error of some kind, it will have to be removed, to prevent an incorrect summary from appearing in the relevant Reports of the Society.