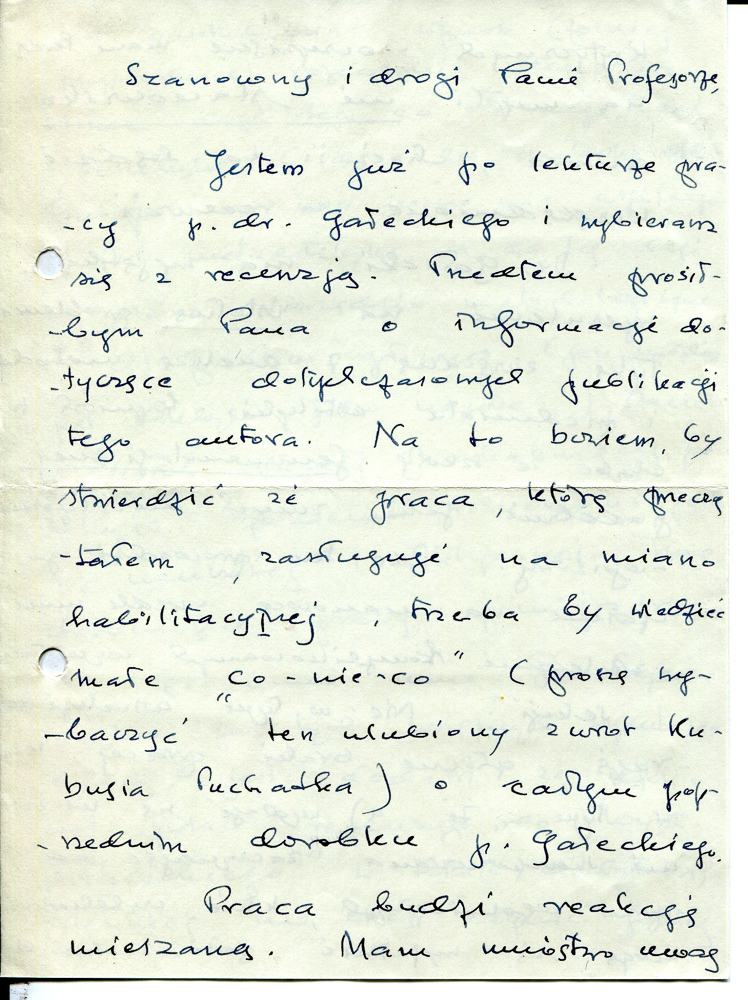 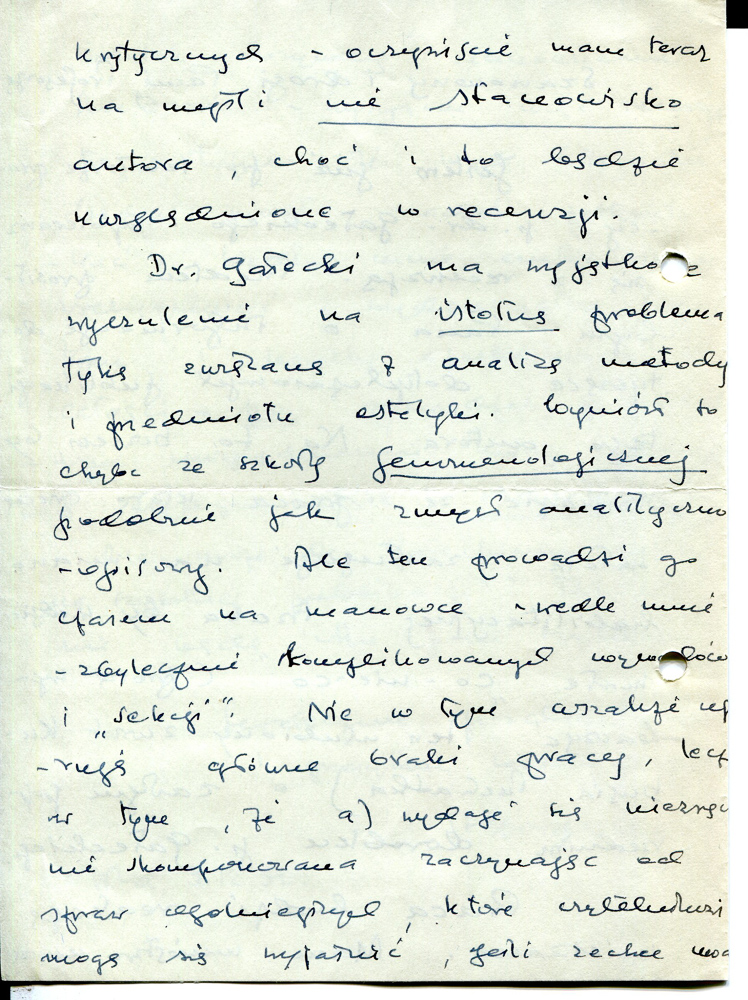 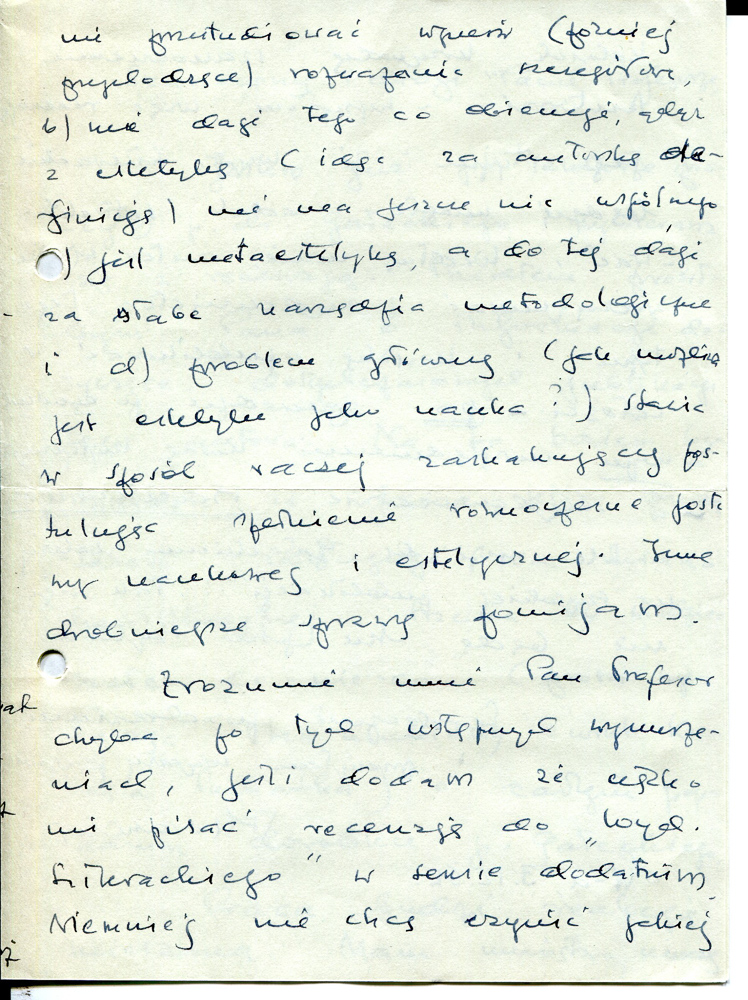 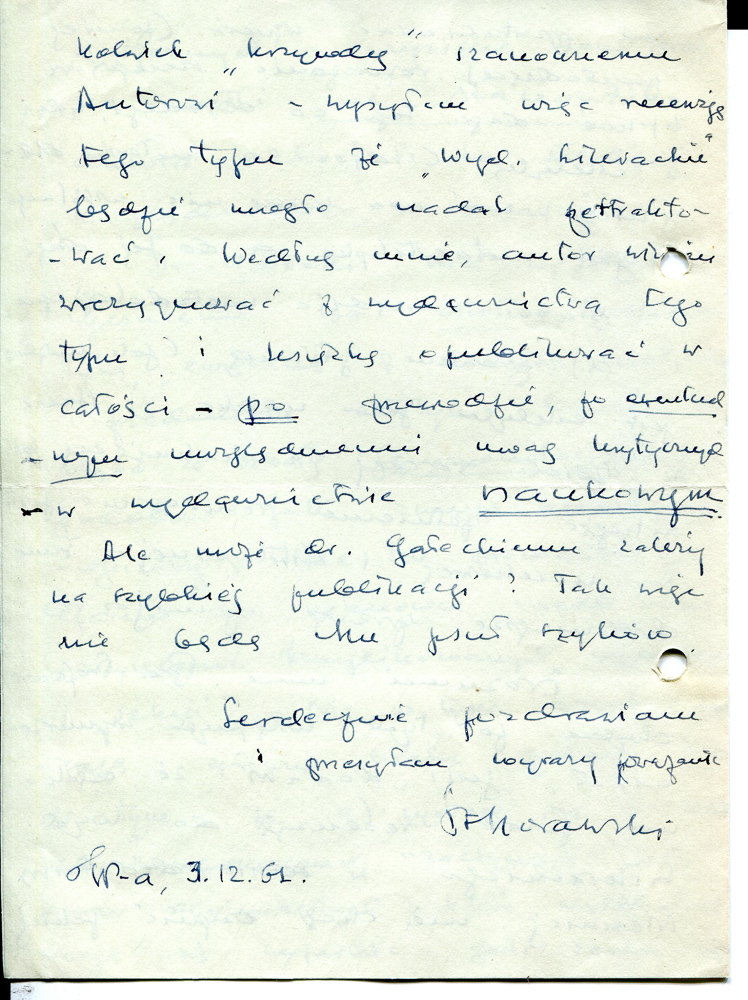 n       I have already read the work written by Gałecki, PhD, so I will be coming around with the review. Before that, however, I would like to ask you for information on the author’s previous publications. For to state if the work I read deserves to be called a habilitation, one would have to know “a little something” (please forgive this favorite phrase from Winnie the Pooh) about Gałecki’s entire previous work.
n       The work evokes a mixed reaction. I have a lot of critical remarks – of course, I do not mean the author’s position, though this too will be included in the review.
n       Gałecki, PhD, possesses exceptional sensitivity to significant issues related to the analysis of the method and object of aesthetics. He probably got it from the phenomenological school, just like his analytical and descriptive sense. But this sometimes leads him astray – in my opinion – to unnecessarily complicated conclusions and “sections”. It is not that wherein I see the major flaws of work, but rather that a) it seems awkwardly complicated, starting with more general matters, which could be easily explained, if one were to carefully study detailed considerations first (which only come later), b) what he promises is not enough, as it has yet little to do with aesthetics (following the author’s definition) c) it is meta-aesthetics, and yet the methodological tools it provides are too weak for it and d) the main problem (how is aesthetics possible as a science?) is posed in a rather surprising way, postulating the simultaneous fulfillment of scientific and aesthetic attitudes. I shall forego the discussion of other minor matters.
n       You will surely also understand me, Professor, if I add at this point that it is hard for me, in a sense, to write a positive review for “Wyd. Literackie” Publishing. However, I do not mean any harm to the Respectable Author – so I am sending such a review which will make it possible for “Wyd. Literackie” to continue negotiations. In my opinion, the author should resign from this type of publication and publish the book in its entirety – after the defense, after possibly considering critical remarks – in a scientific publishing house.
n       But maybe Gałecki, PhD, wants to publish it quickly? So I will not do anything to spoil it for him.