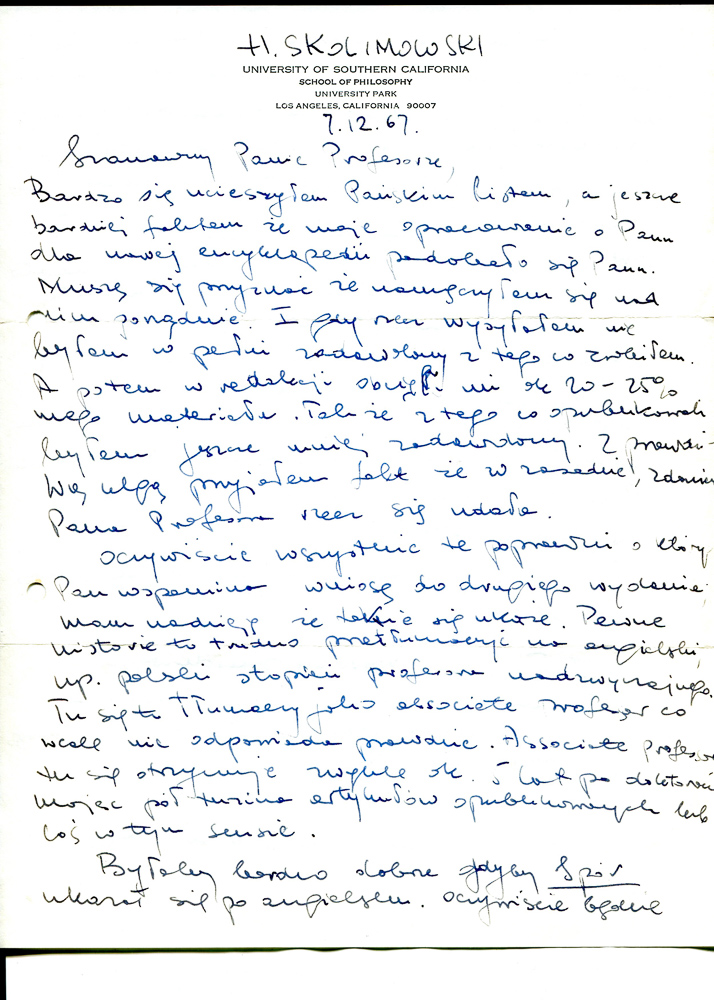 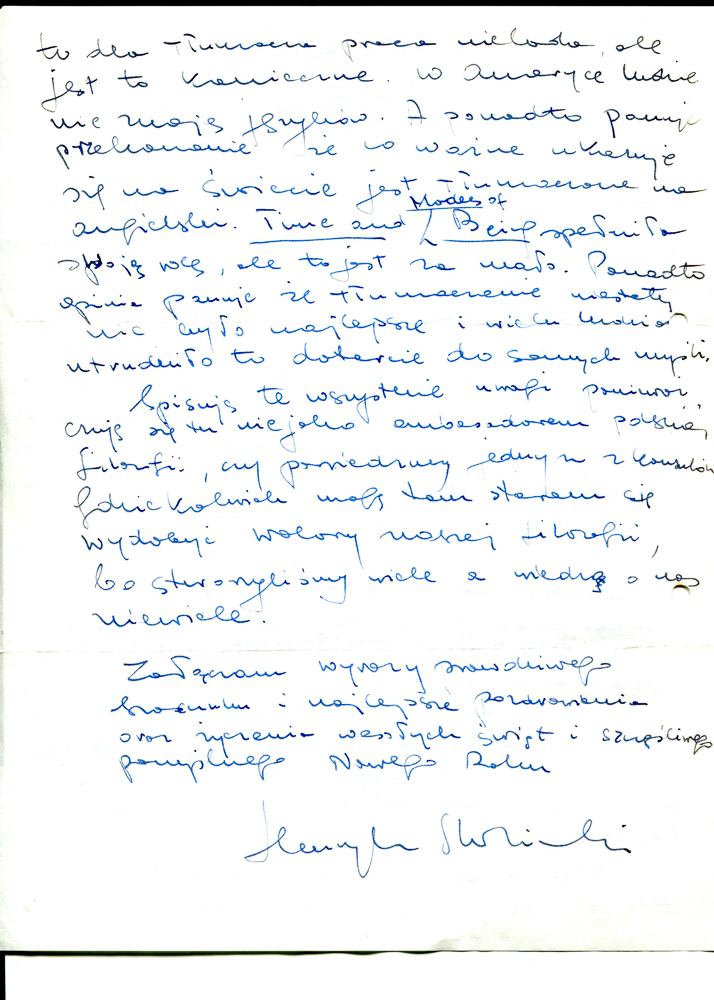 Honoured Professor,
I was very happy with your letter, and even more with the fact that you were pleased by my study concerning you for the new encyclopaedia. I must confess that I truly exhausted myself over it. And when I sent the thing out, I wasn’t completely satisfied with what I’d done. And then, in editing, about 20–25% of my material was cut, so that I was even less satisfied with what they published. It was with genuine relief that I accepted the fact that, in your opinion, the thing had basically come off.
n      Of course, all of these corrections that you mention will be included in the second edition; I hope that one will appear. Some things are difficult to translate into English, e.g. the Polish title profesor nadzwyczajny [literally, extraordinary professor; generally translated as associate professor]. Here it is translated as associate professor, which doesn’t correspond at all to the truth. One obtains the title associate professor here about 5 years after receiving a doctorate and having half a dozen articles published, or something along these lines.
n      It would be a very good thing if Spór [o istnienie świata; Controversy over the Existence of the World] were to appear in English. Of course, this would be devilish work for the translator, but it’s necessary. In America people don’t know languages. Moreover, the prevailing perception is that everything important that appears around the world is translated into English. Time and Models of Being [sic; probably Being and Time, by Heidegger] plays its role, but this is not enough. In addition, the prevailing opinion is that the translation was, unfortunately, not the best and it made it difficult for many people to penetrate to the thoughts themselves.
n      I’m writing down all these remarks because I feel here as if I’m a kind of ambassador of Polish philosophy, or, let’s say, one of its consuls. Wherever I can, I attempt to bring out the values of our philosophy, as we’ve created it, yet very few know about us.
n      I enclose expressions of genuine respect and best greetings and wishes for a Merry Christmas and a happy and successful New Year