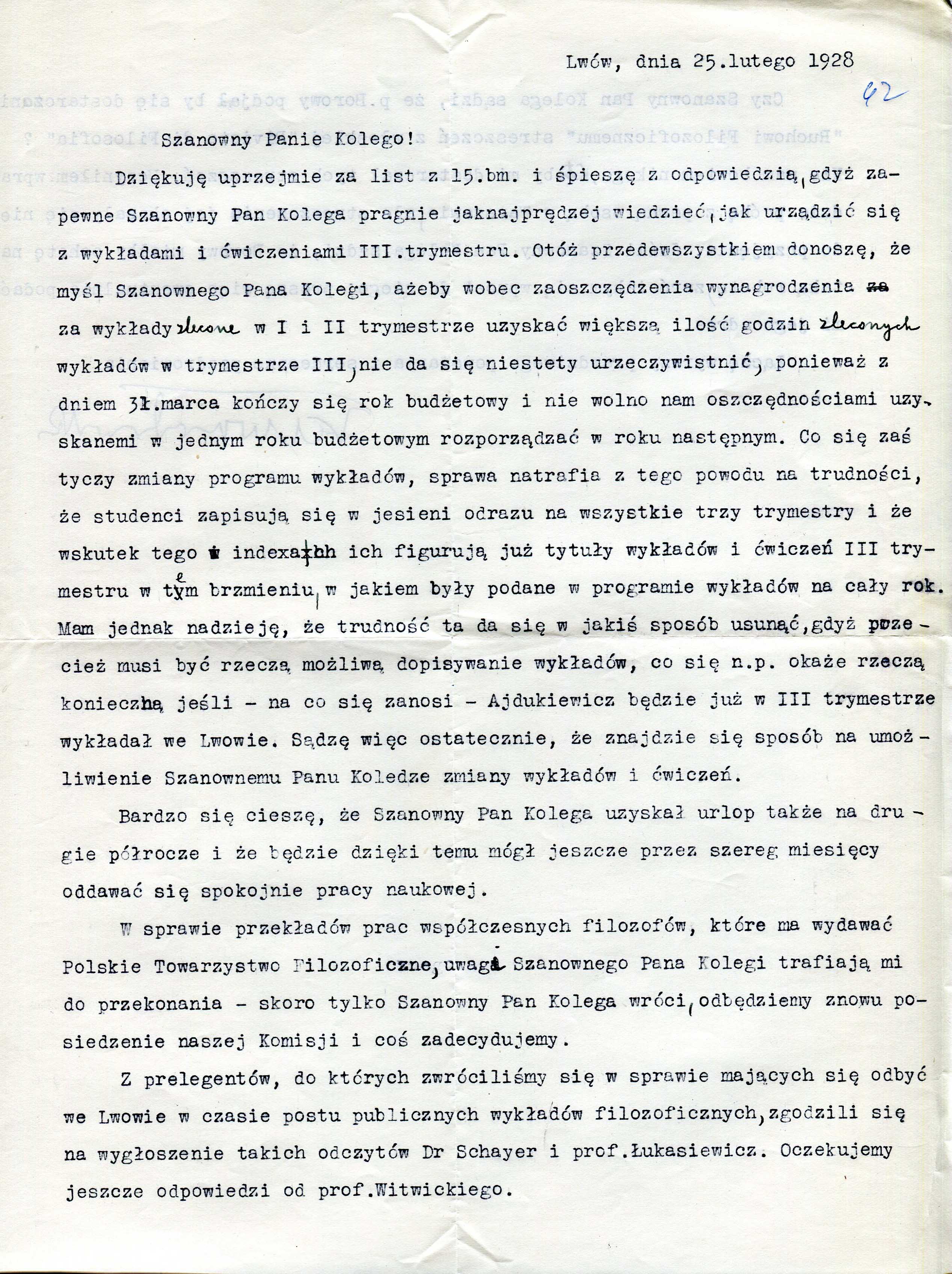 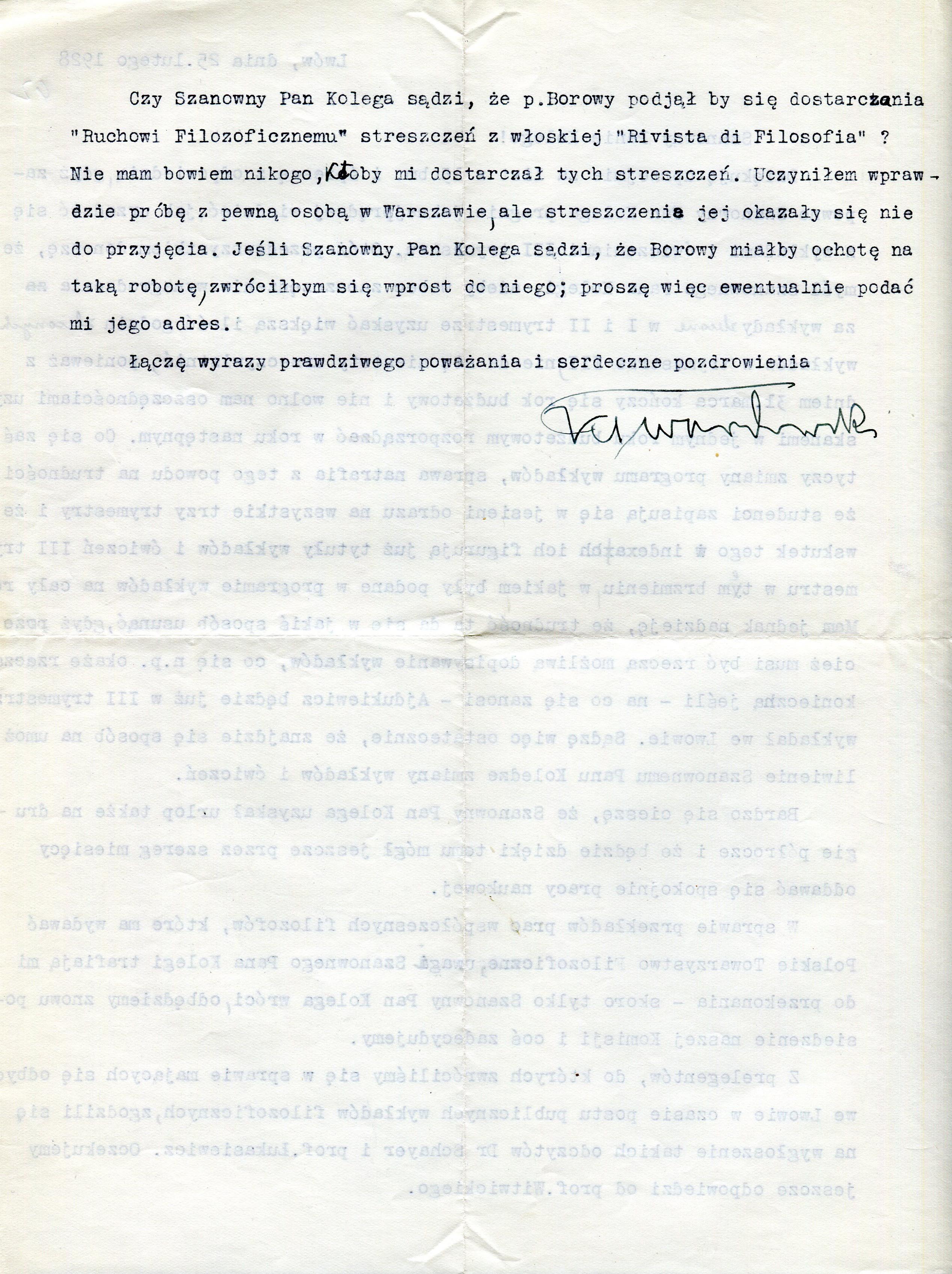 I thank you kindly for your letter of the 15th of this month and am hastening to reply, since you probably wish to know as soon as possible how to arrange your lectures and exercises for the third trimester. Well, first of all, let me inform you that your idea to carry over the remuneration for the lectures commissioned in the first and second trimesters in order to obtain a greater number of hours of commissioned lectures in the third trimester unfortunately can’t be implemented, because the budget year ends on 31 March and we’re not allowed to dispose of savings gained in one budget year in the following year. As for the changes in the lecture programme, the matter runs into difficulties, because in the autumn students enrol at once for all three trimesters and, as a result, their schedules already include the titles of their lectures and exercises for the third trimester in the version in which they were given in the lecture programme for the entire year. However, I hope that this difficulty can be eliminated somehow, since, after all, it has to be possible to add the lectures which e.g. will prove necessary if – as it seems – Ajdukiewicz will already be lecturing in Lviv in the third trimester. Thus I think that ultimately a way will be found to enable you to change your lectures and exercises.

I’m very glad that you’ve obtained leave for the second half of the year as well and that, thanks to this, you’ll be able to do original philosophical work in peace for several months.

Regarding the matter of translations of the works of contemporary philosophers to be published by the Polish Philosophical Society, your comments have convinced me – as soon as you return, we’ll hold another meeting of our committee and decide something.

Among the lecturers we’ve turned to in the matter of the public philosophical lectures scheduled to take place in Lviv during Lent, Dr Schayer [O1] and Prof. Łukasiewicz [O2] have agreed to deliver such lectures. We’re still waiting for an answer from Prof. Witwicki[O3] .

Do you think that Mr Borowy [O4] would undertake to supply Philosophical Movement with summaries from the Italian Rivista di Filosofia [Philosophical review]? I don’t have anyone to supply me with these summaries. I did indeed make an attempt with a certain individual in Warsaw, but her summaries turned out to be unacceptable. If you think that Borowy would fancy such work, I’d ask him directly; accordingly, please give me his address, just in case.