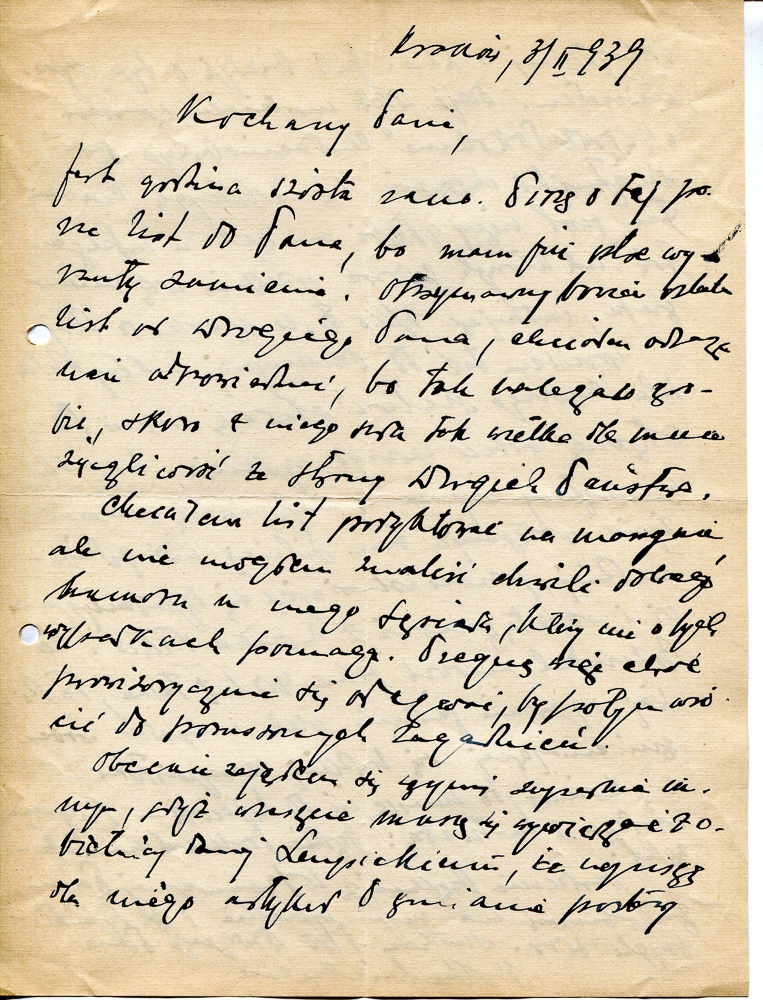 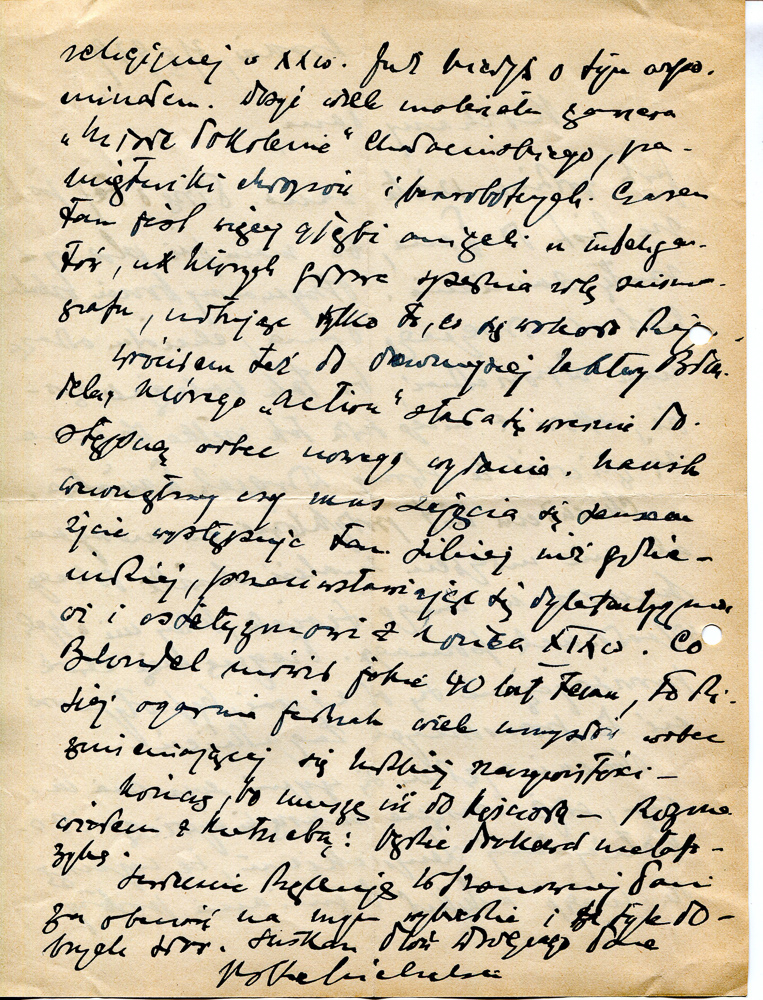 n         Dear Sir,
It is six o’clock in the morning. I am writing a letter to you at this time, because I am feeling great remorse. Having received your last letter, I was intending to answer it immediately, as I should have, since it was so full of kindness towards me from the both of you.
n   I wanted to dictate the letter, but I could not find a moment of good mood from my neighbor, who helps me in typing it out. Hence I would like to at least get in touch briefly, so that I can discuss the issues raised here in detail at a later point.
n   I have currently taken up something completely different, because I have to finally live up to the promise I gave to Łempicki that I will write an article for him about changes in religious attitude in the 20th century. I have already mentioned it once. Quite a lot of material can be found in Chałasiński’s “Young Generation”, diaries of peasants and the unemployed. Sometimes there is more depth there compared to the writings of intelligentsia, where faith has the role of XXX, pretending only to be what faith XXX.
n   I have also returned to an older work of Blondel, whose “action” finally became accessible thanks to the new edition. The internal pressure or obligation to address the meaning of life is stronger there than elsewhere, opposing the didacticism and aestheticism of the late nineteenth century. What Blondel said some 40 years ago has later been embraced by many in light of the changing human reality.
n   I shall end here, because I have to go to church – I spoke with Kutrzeba: he will be printing the metaphysics.
n   I would like to thank Madam for her attendance at my lecture and her many kind words. A heartfelt handshake for you