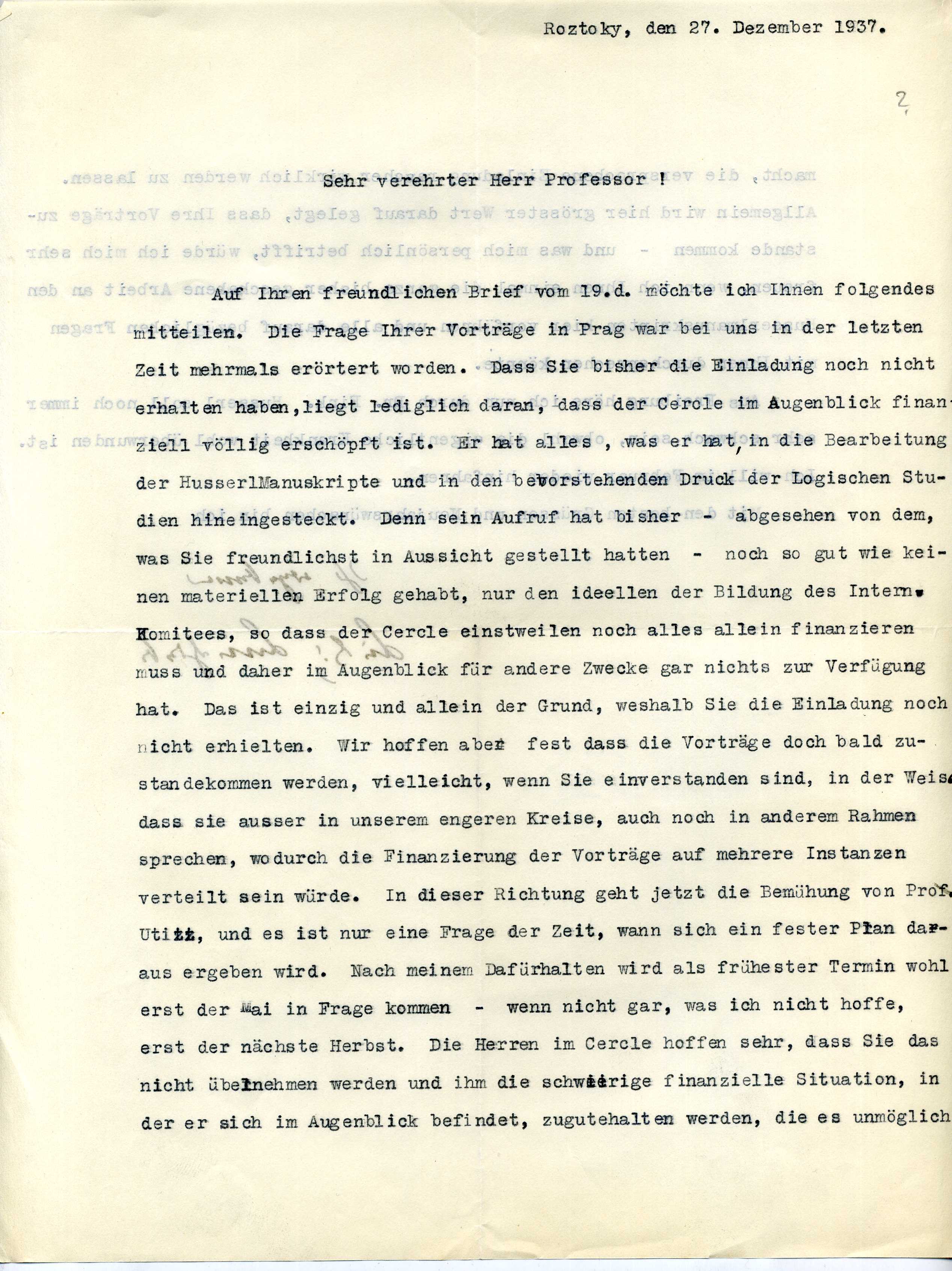 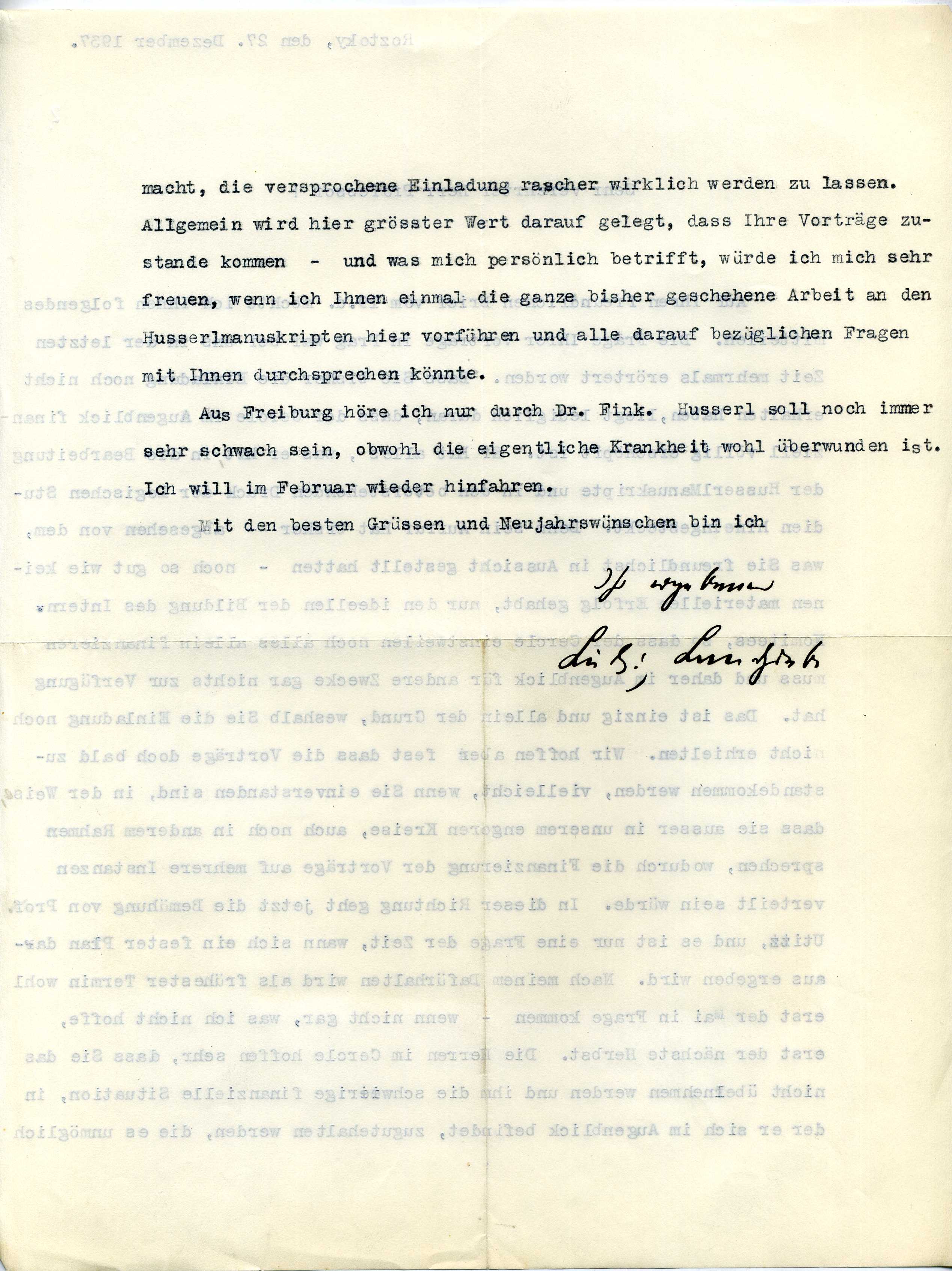 I am writing in response to your kind letter dated December 19. The possibility of your giving lectures in Prague has been discussed several times around here recently. The only reason you have not yet received a formal invitation is that the Cercle is currently financially exhausted. The organization has invested all of its funds into the editing of Husserl’s manuscripts and the printing of the Logical Investigations. Their fundraising campaign has been rather unsuccessful so far – apart from the commitment that you kindly offered to make – the only success was non-material in the form of the establishment of an internal committee. Hence, the Cercle will be the sole funding source in the meantime, and therefore, there is nothing left for other purposes. That is the only reason you have not yet been invited. Nevertheless, we hope that the lectures can soon take place. Perhaps you could speak somewhere else in addition to giving a lecture in a small circle, if you would agree to this, since this would allow us to spread out the costs across a wider area. Professor Utitz has been working on this idea, and it is only a matter of time before he develops a solid plan. In my view, the earliest date would probably be sometime in May and if not then, although I sincerely hope this will not be the case, then in the coming fall. The gentlemen of the Cercle are hoping very much that you will not resent them and that you will consider the difficult financial situation they are currently in which makes it impossible to realize the promised invitation sooner than this. Generally speaking, it is of the utmost importance to everyone around me that your lectures ultimately take place. And as far as I am concerned, I would be delighted to show you the work that has already been completed regarding Husserl’s manuscripts and discuss with you all relevant questions.
n          The only news I hear on Freiburg is from Mr. Fink. I heard that Husserl is still somewhat weak although he has apparently overcome the actual illness.
n          I am planning to travel to Freiburg in February.
n          Best regards and a happy New Year from your devoted friend,