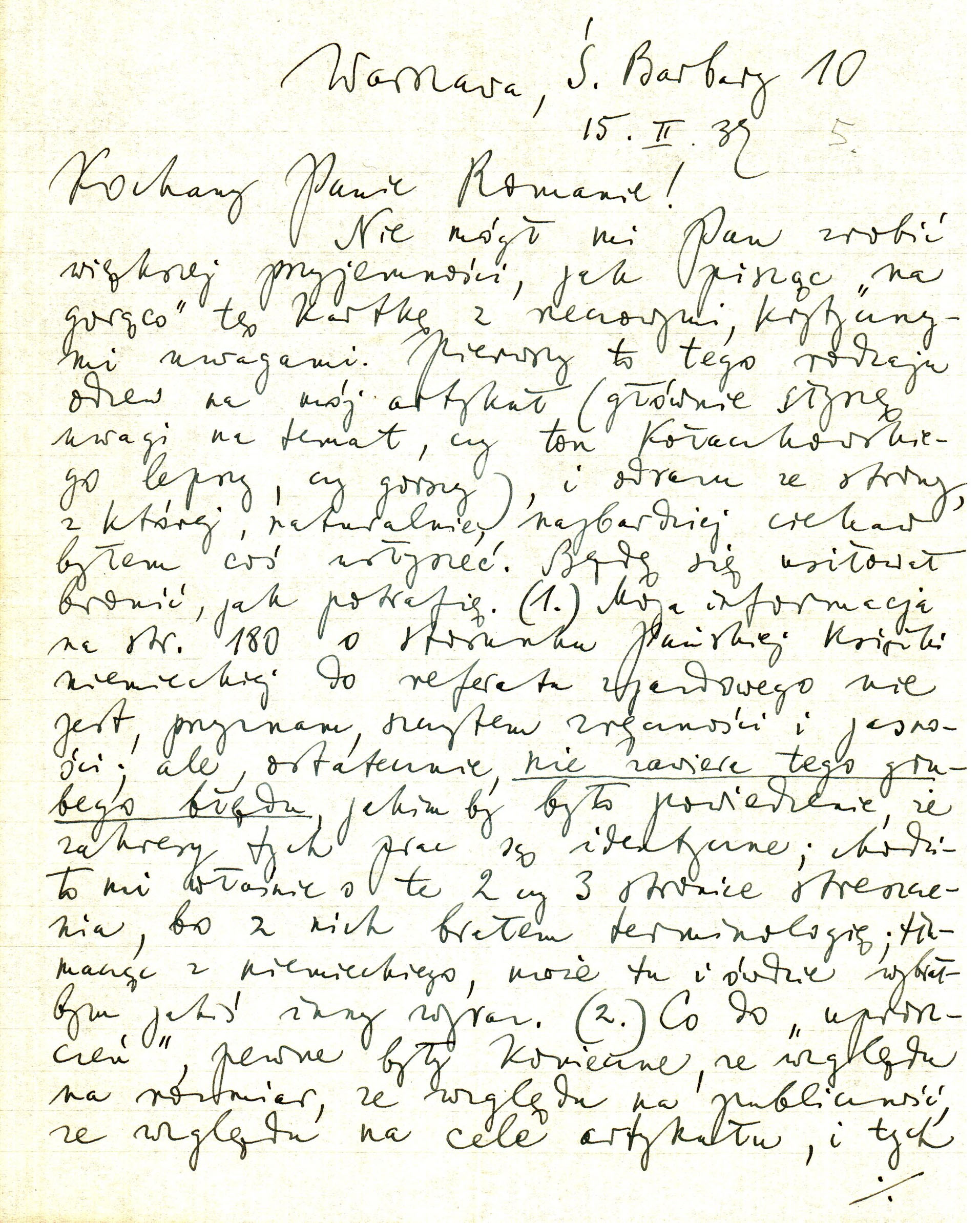 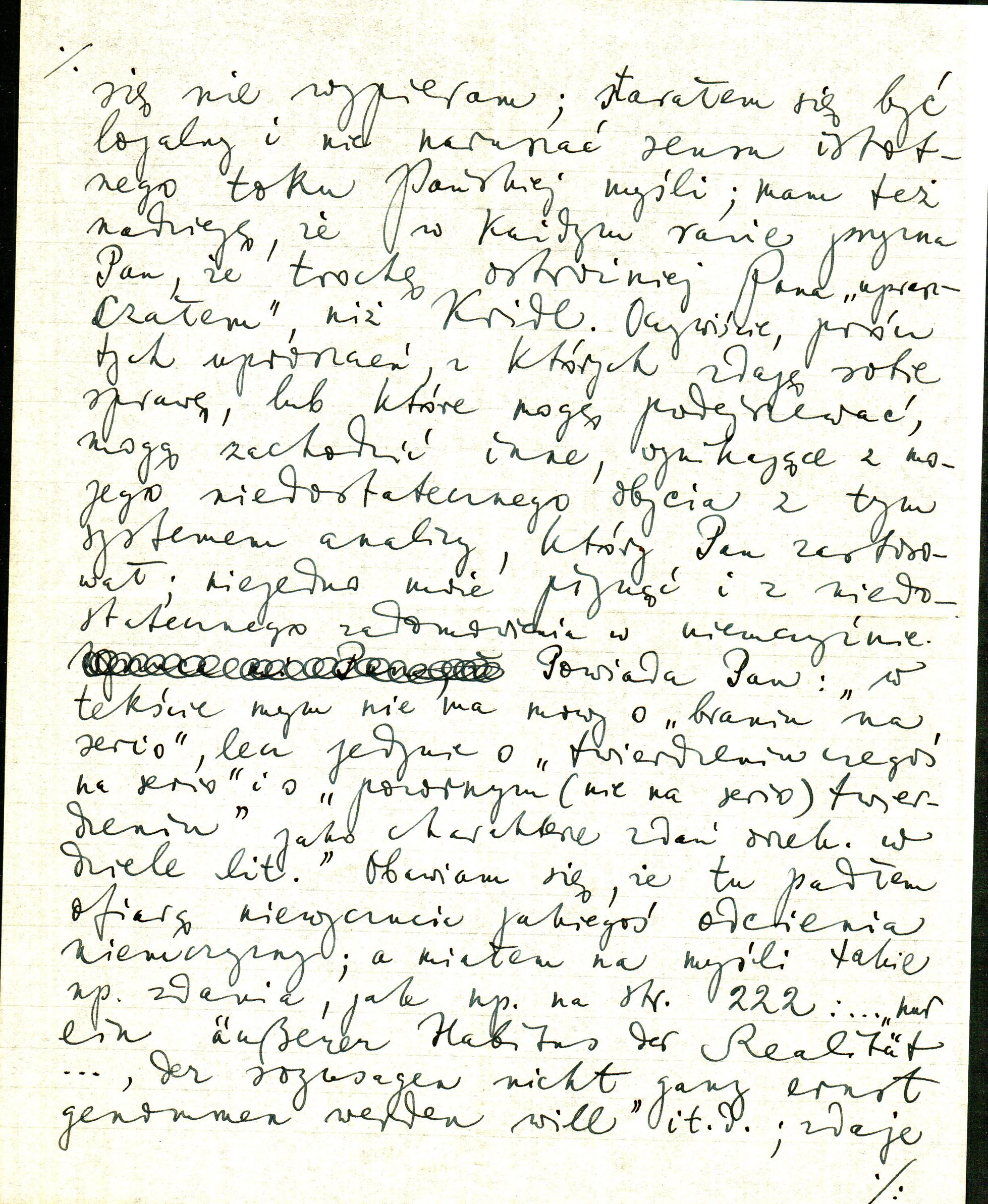 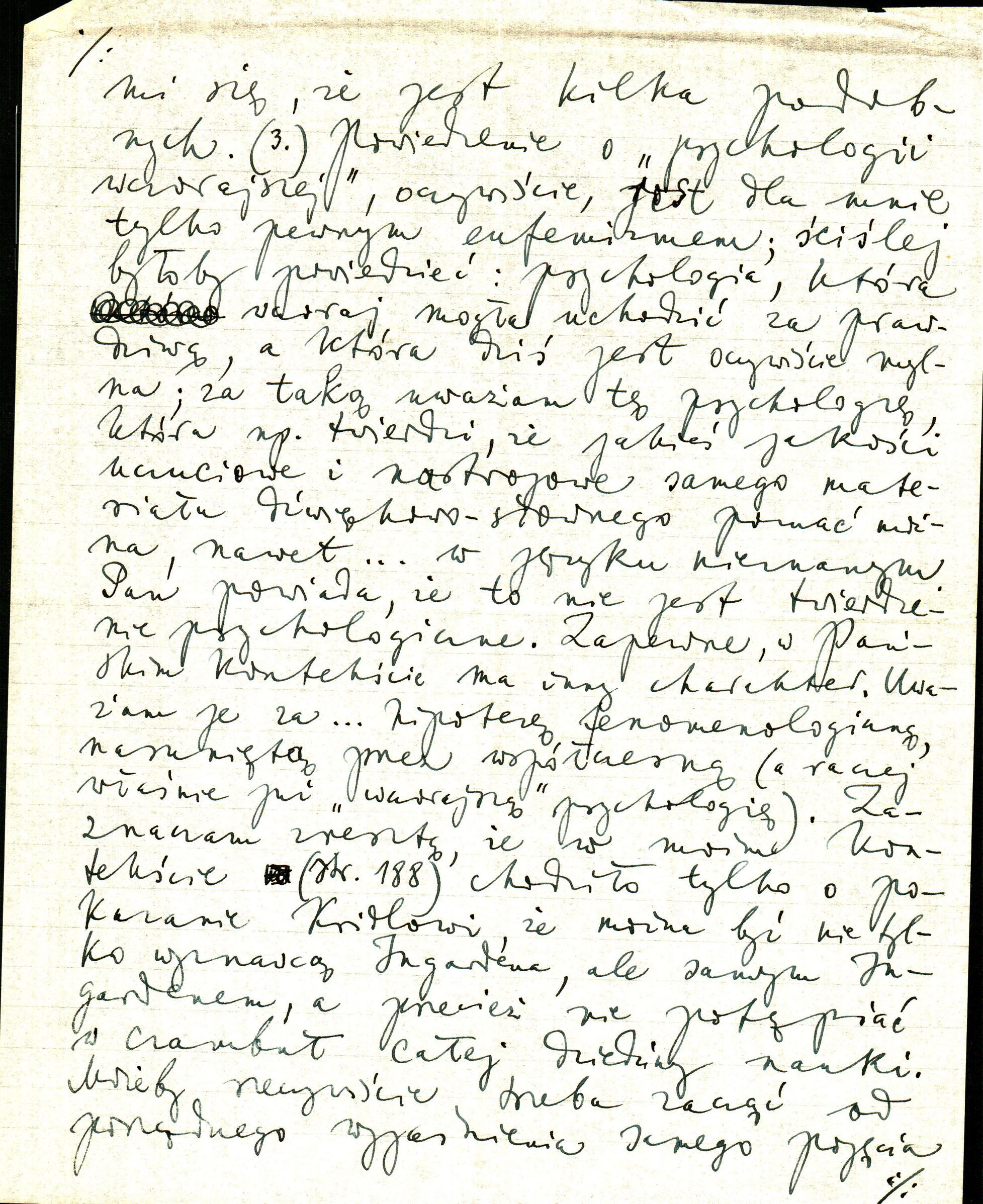 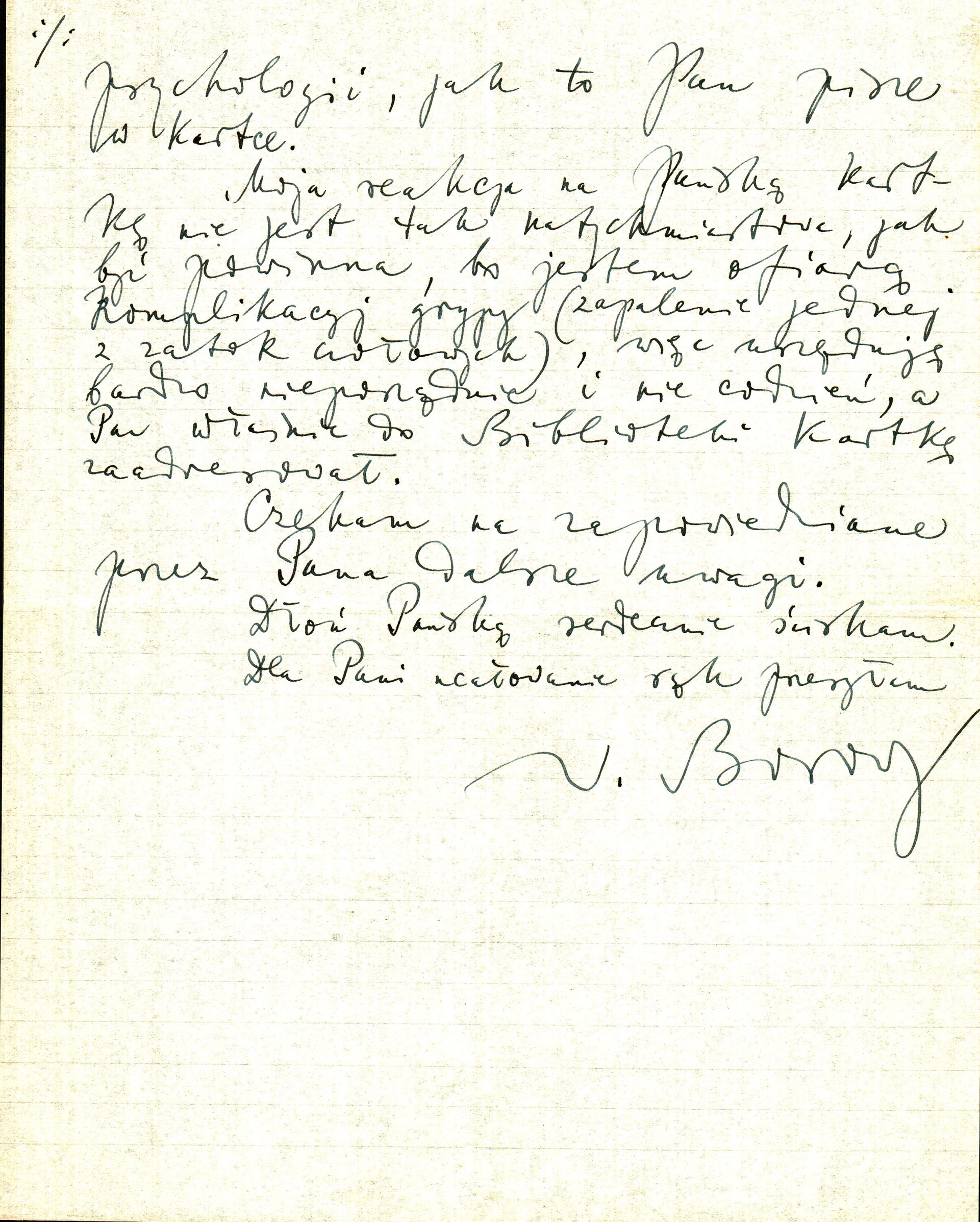 Dear Mr. Roman!
n         You could not have given me a nicer gift than writing this piece of paper with your immediate, tangible, critical remarks. This is the first time my article got this kind of response from you (I usually hear remarks about whether Kołaczkowski’s tone is better or worse), and right of the bat it is from one whose opinion I am most curious about. I will try to defend myself he best I can. (1.) My information on page 180 about the relation of your German chronicle to the conference paper was not, I must say, one of peak dexterity and clarity; but ultimately, it does not contain the gross mistake of saying that the ranges of these works are identical; I was just refering to these 2 or 3 pages of the abstract, because that was where I took the terminology from; maybe here and there, translating from German, I adapted a few some other terms. (2.) As for the “simplifications”, certain were necessary, due to the size, because of the audience, due to the purposes of the article, and I do not deny them; I tried to be loyal and not to violate the sense of your essential train of thought; I also hope that, in any case, you will admit that I have “simplified” you a bit more than cautiously than Kridl.
Of course, besides these simplifications, which I am aware of or suspect, there may be other ones resulting from my inadequate familiarity with the system of analysis you have applied; many could have occured as an effect of my insufficient competence in the German language. You say: “in my text there is nothing about “taking something seriously”, but instead I only speak of “stating something seriously” and “seeming (not serious) assertion” as the nature of declarative sentences in a literary work.” I am afraid that I fell victim to the lack of a certain affinity for nuance in German; and I meant such sentences as, for example, on p. 222: … “nur ein äußeren Habitus der Realität …, der rozusagen nicht” ganz ernst genommen wellen will” etc.; I think there are a few similar ones. (3.) The saying about “yesterday’s psychology”, of course, is just a certain euphemism for me; it would be more accurate to say: psychology which could be regarded as true yesterday, and which today is obviously wrong; I consider such psychology, for example, claims that some emotional and mood qualities of the sound-verbal material itself can be recognized, even … in an unknown language.
You say that this is not a psychological assertion. Certainly, in your context it has a different character. I consider it to be … a phenomenological hypothesis, put forward by contemporary (or rather, already “yesterday’s”) psychology. Moreover, I have to note that in my context (p. 188) its objective was solely to show Kridl that one could not only be a follower of Ingarden’s, but even Ingarden himself and not have to condemn the entire scientific domain. Maybe I really should have started with a decent explanation of the very concept of psychology, as you point out in your commentary.
My reaction to your card is not as immediate as it should be, because I am a victim of influenza complications (inflammation of one of the frontal sinuses), so my schedule is very erratic and I cannot work every day, and you have addressed the card to the Library.
n          I awaiting your further comments.
n         A heartfelt handshake
n         Kisses for Madam’s hands