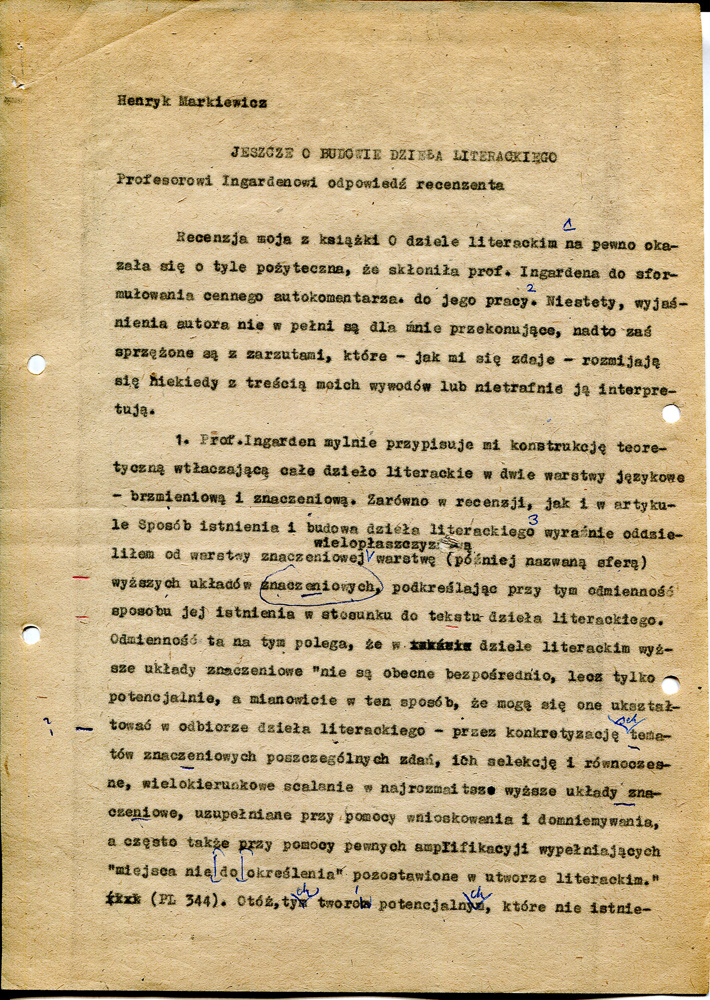 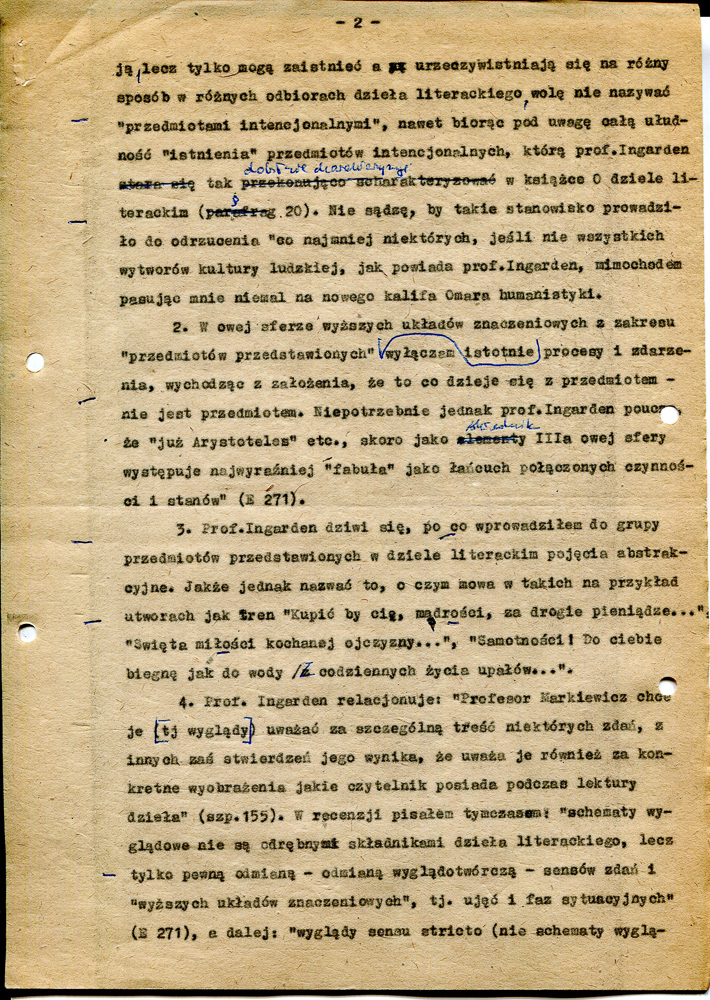 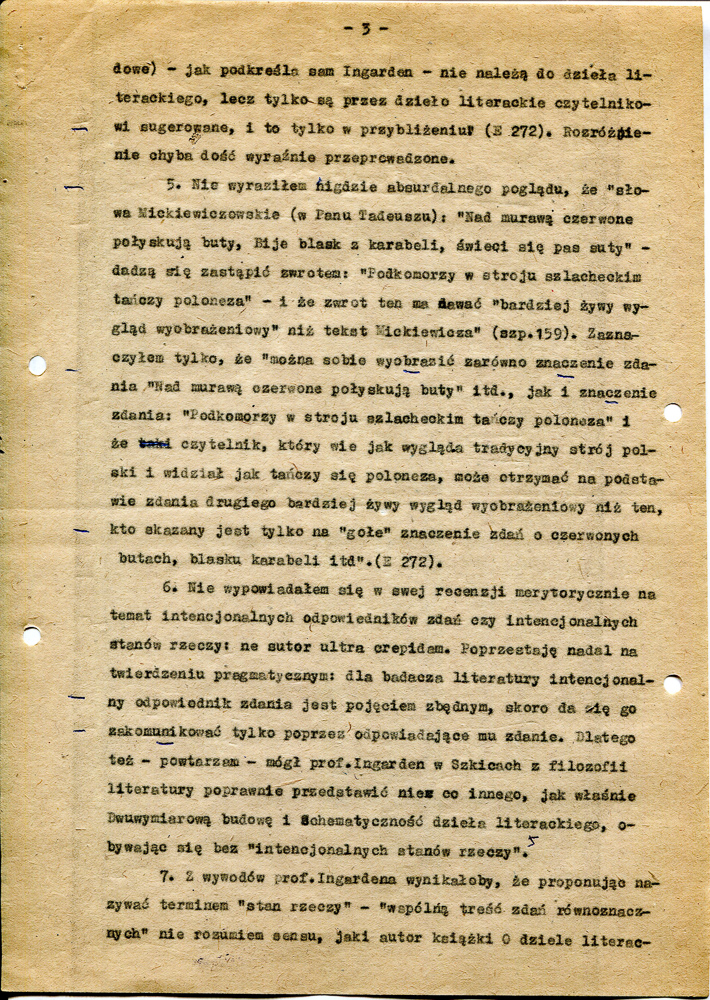 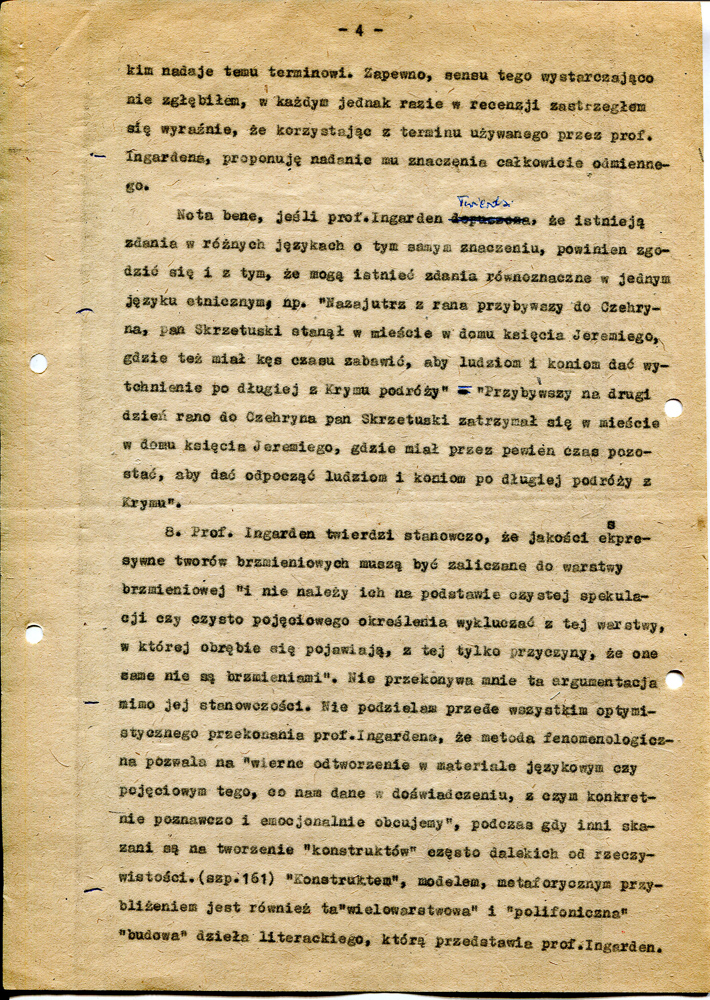 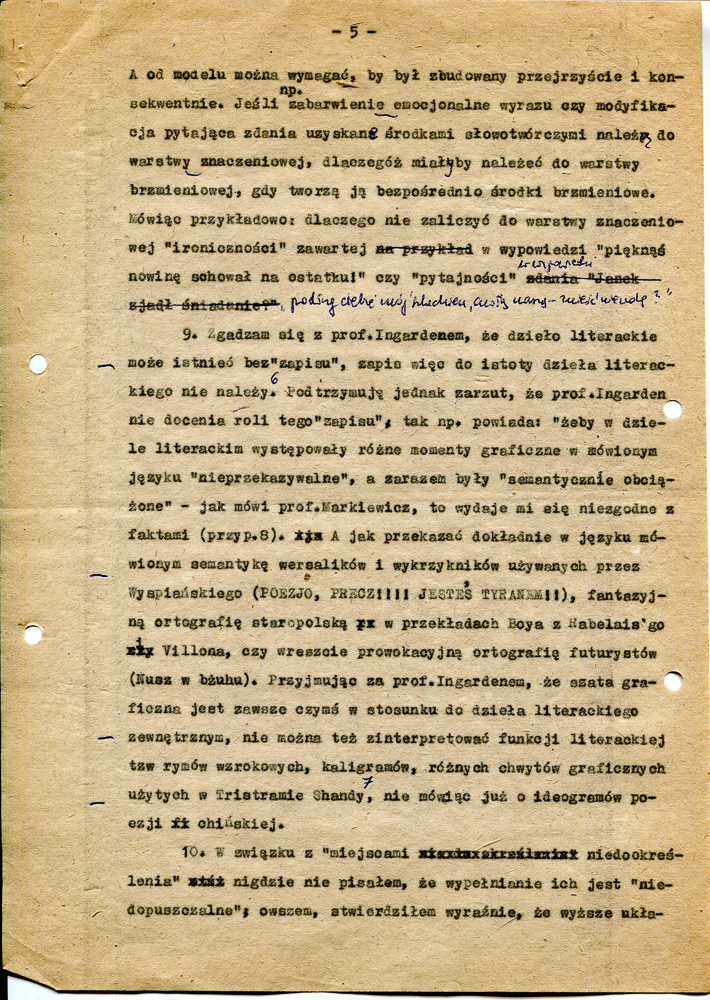 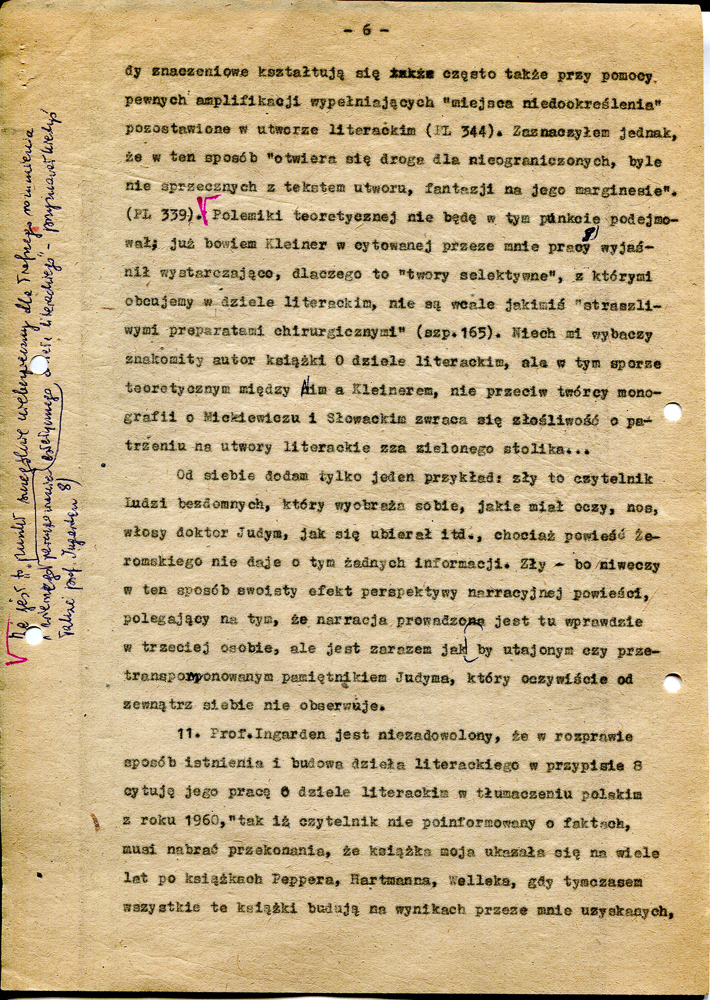 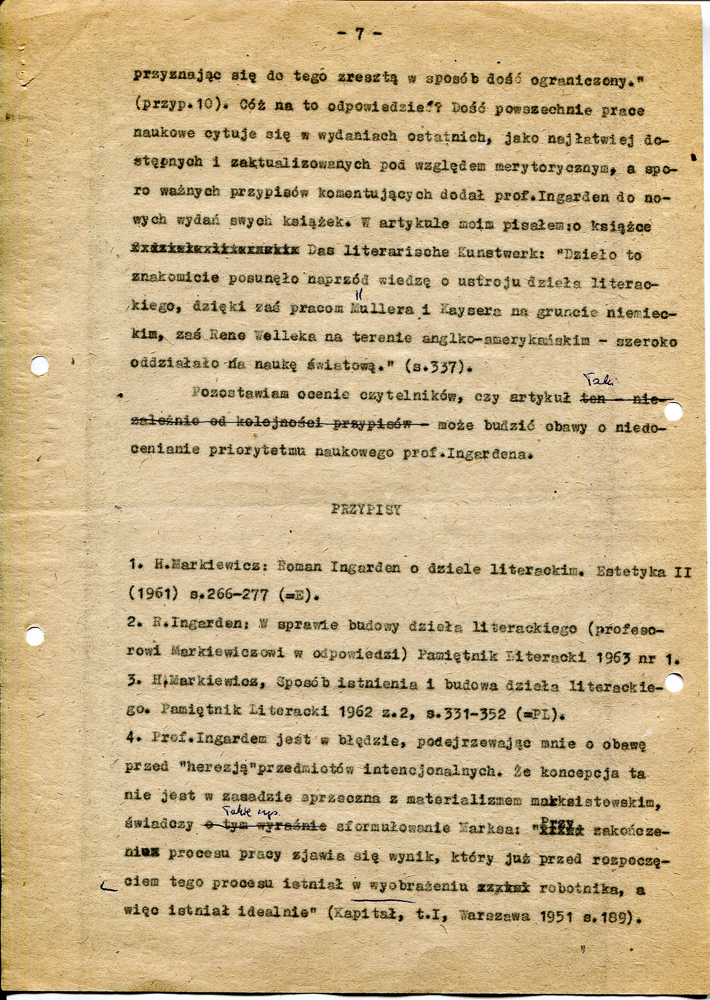 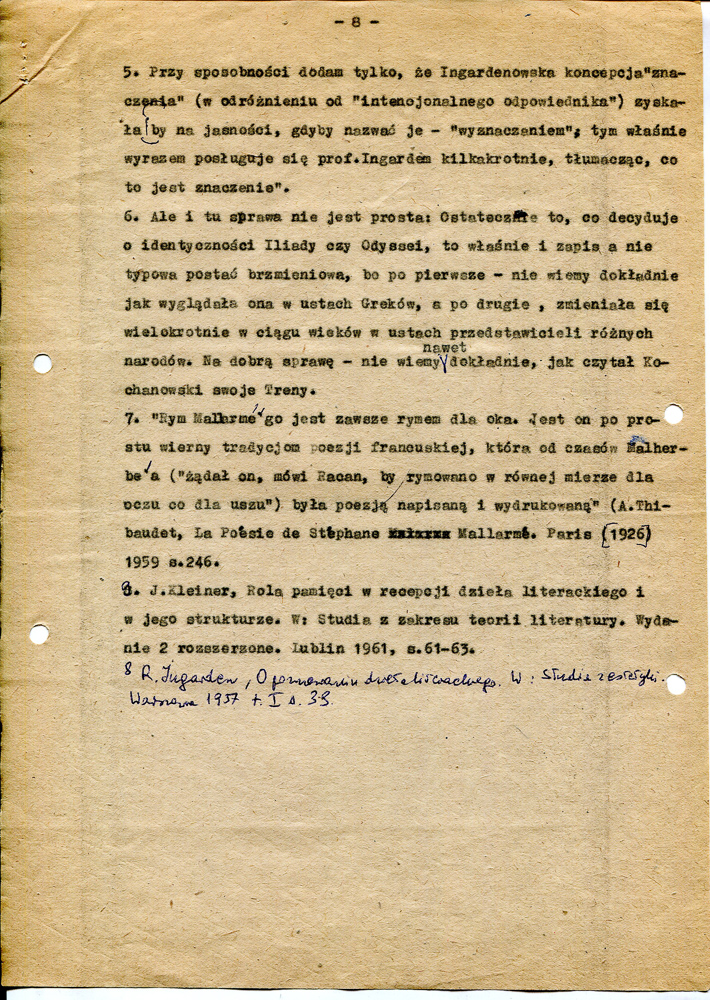 v          v     My review of the book The Literary Work of Art has certainly turned out to be sufficiently useful to incline Prof. Ingarden to formulate a valuable self-commentary on his work. Unfortunately, the author’s explanations do not entirely convince me, and, moreover, are linked with allegations which – as it seems to me – sometimes miss or misinterpret the content of my arguments.

Letter to the Committee of the Library of Classics of Philosophy written 03.09.1951