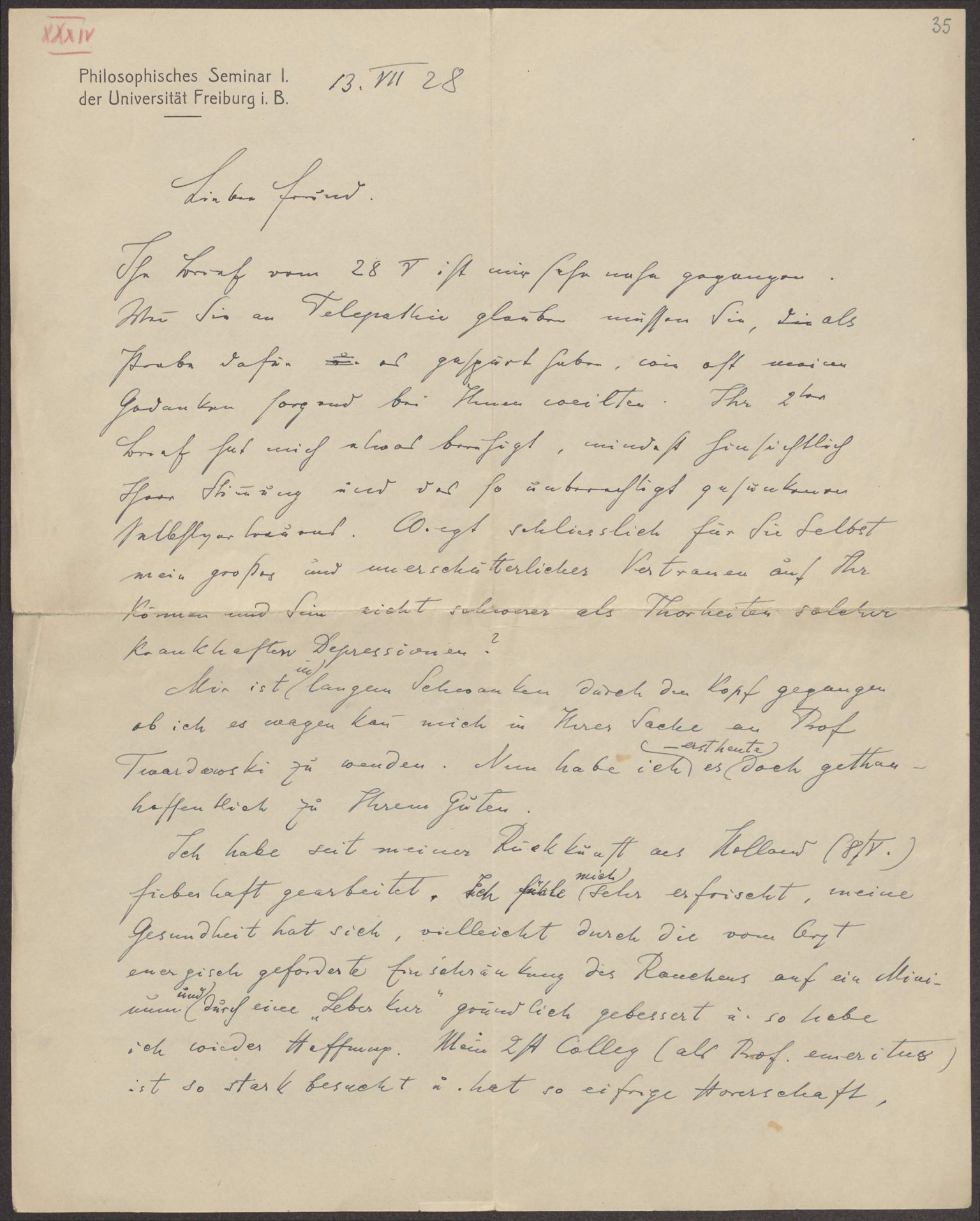 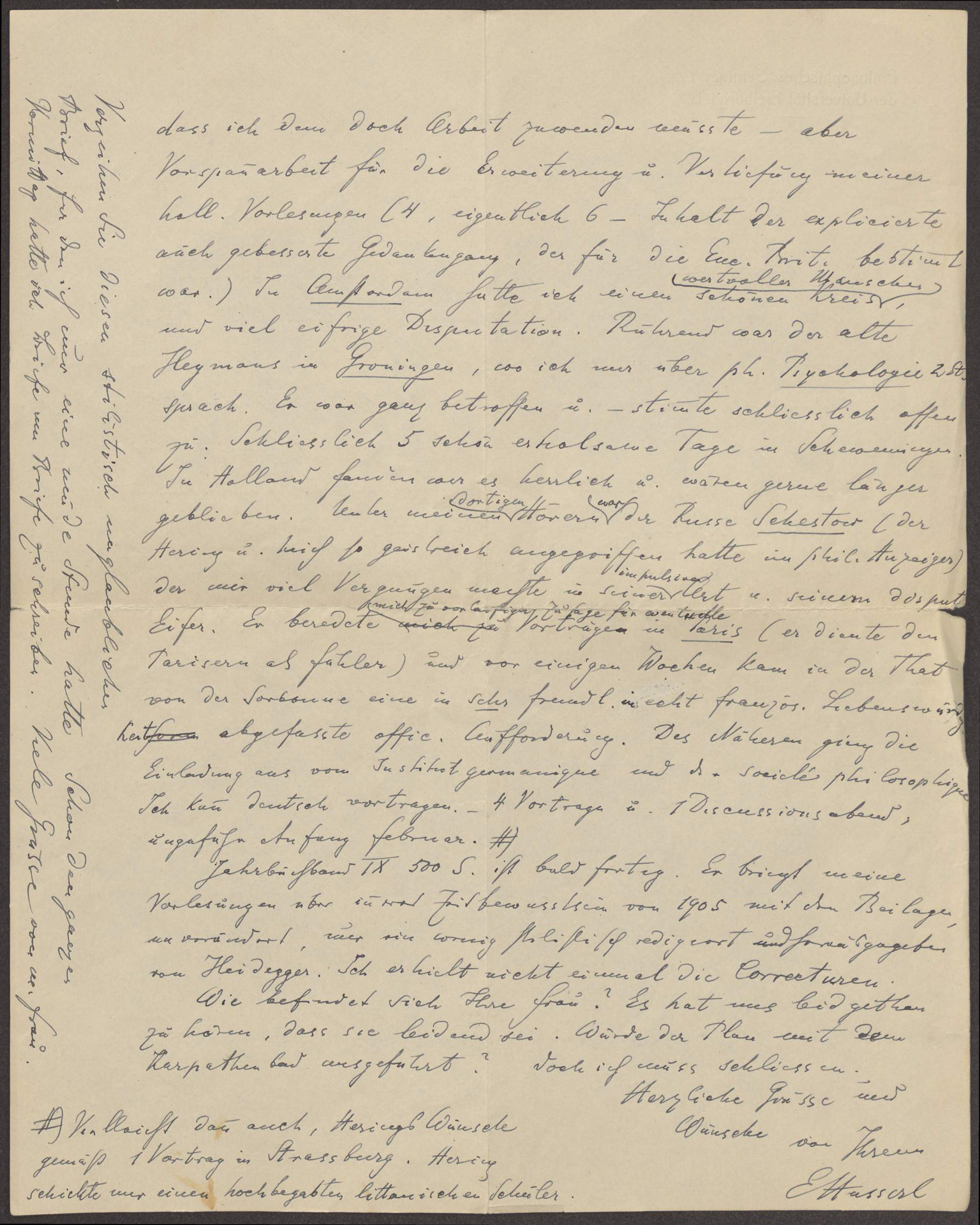 Your letter dated 28.V. affected me deeply. If you believe in telepathy, you must have felt how often my thoughts were with you. Your second letter gave me some reassurance, at least with regard to your mood and the unjustified decreased self-confidence.38 Does my great and unwavering trust in your ability and your being not weigh more than the follies of such pathological depressions?

I have been wondering for a long time whether I should dare to seek Professor Twardowski’s support regarding your case. Well, today I finally did it – but hopefully for your benefit.

I have been working feverishly since my return from Holland (8.V.). I feel very refreshed, and my health has improved significantly, perhaps because I have been on a “liver diet” and perhaps due to my doctor’s strict demand for me reducing my smoking to a minimum. This gives me renewed hope. My two-hour course (as Professor Emeritus) is so strongly attended and has such an eager audience that I had to engage in some additional work – but it was the introduction for the expansion and deepening of my Du[tch] lectures (4, but actually 6 – Content: the explicit and improved train of thought which was intended for the Enc[yclopedia] Brit[annica]). In Amsterdam, I found myself among a nice circle of valuable individuals and engaged in zealous disputations. The old Heymans touched my heart in Groningen, where I spoke only about ph[enomenological] psychology for two hours. He was completely taken back and finally concurred publicly. Finally, five nice relaxing days in Scheveningen. We truly enjoyed Holland and would have liked to stay longer. Among my Dutch listeners was the Russian Shestov (who had so cleverly attacked Hering and myself in the magazine Philosophischer Anzeiger), who gave me much pleasure due to his impulsive manner and his argumentative eagerness. He persuaded me to tentatively agree to giving lectures in Paris (he worked for the Parisians by doing some outreach), and indeed, I received a cordial and typically graciously written French invitation from Sorbonne a few weeks ago. More specifically, the invitation came from the Institut Germanique and Société Philosophique. I can present in German, four lectures and one discussion evening, probably around the beginning of February. Perhaps I might be able to give one lecture in Strasbourg, too, according to Hering’s request. Hering sent me a gifted Lithuanian student.39

Yearbook IX, 500 pages, will soon be finished. It includes my lectures on internal consciousness of time from 1905, including supplements, unchanged but just a little stylistically revised and edited by Heidegger. I did not even receive a list of the edits.

How is your wife? We were very sorry to hear that she has been ill. Did you execute the plan regarding the Carpathian health resort? Well, I have to go now.

Warm regards and best wishes. Yours,

Please forgive me for the stylistically poor letter for which I had only one tired hour. I have been writing letters all morning long. My wife sends her regards.