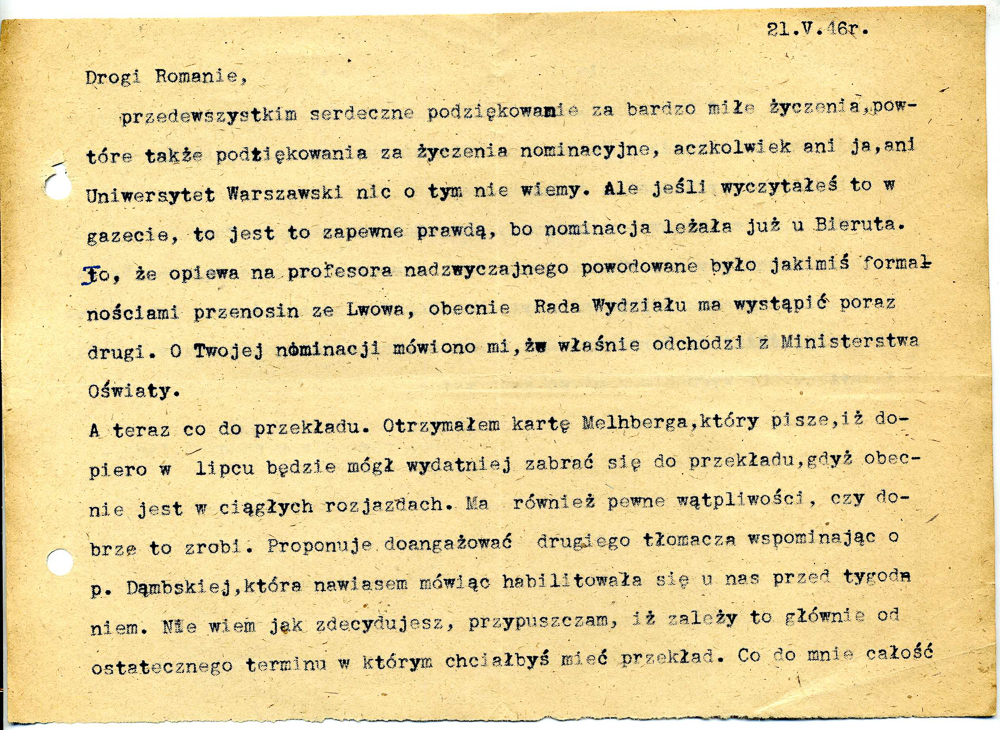 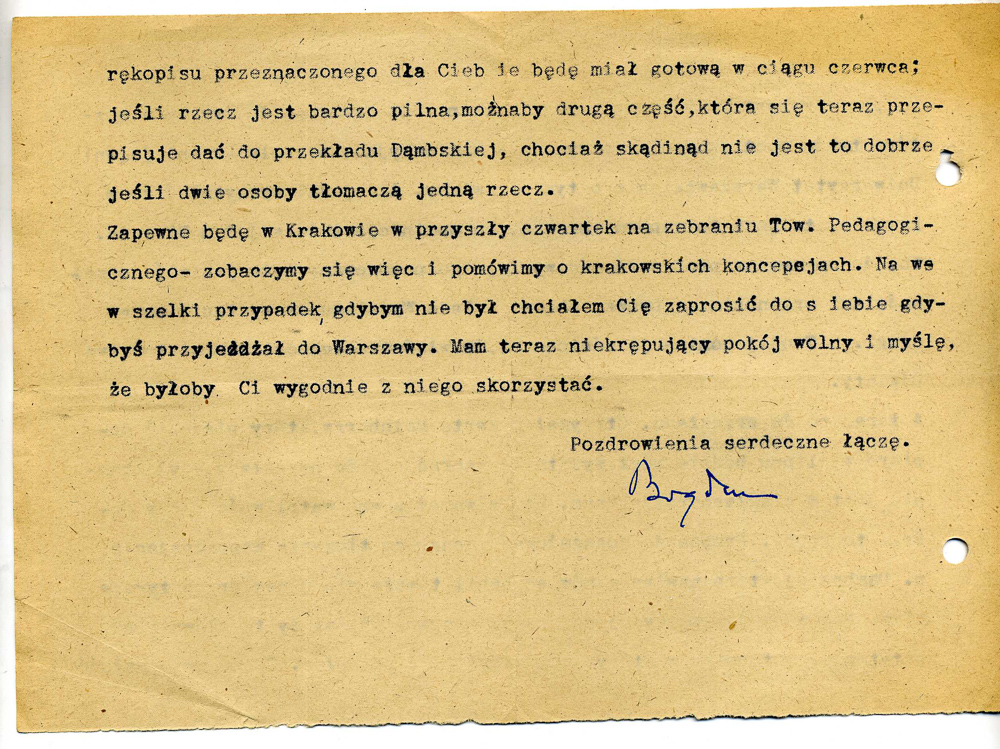 b     first of all, cordial thanks for your very kind wishes; second, thanks as well for the nomination wishes, although neither I nor the University of Warsaw know anything about it. But if you read it in the newspaper, it’s probably true, since the nomination was already in the hands of Bierut. The fact that this nomination concerns the position of associate professor was caused by the formalities of moving from Lviv; the present Faculty Council is supposed to appear for a second time. Concerning your nomination, I was told that it’s just now coming from the Ministry of Education.
And now for the translation. I received Mehlberg’s card, in which he writes that he’ll be able to apply himself completely to the translation only in July, since at present he’s constantly on the move. He also has some doubts as to whether he’ll do it well. He proposes involving a second interpreter, mentioning Ms Dąmbska, who, parenthetically, was habilitated with us a week ago. I don’t know what you’ll decide; I suppose it depends mainly on the final deadline by which you’d like to have the translation. As for me, I’ll have the entire manuscript ready for you in June; if the thing is very urgent, the second part, which is now being transcribed, could be given to Dąmbska for translation, even though in other respects it’s no good when two people translate one thing.
I’m probably going to be in Cracow next Thursday at the meeting of the Pedagogical Soc. – thus we’ll see each other and talk about Cracovian conceptions. In any case, if I don’t make it, I’d like to invite you to come see me if you come to Warsaw. I now have a private room available, and I think it’d be convenient for you to make use of.