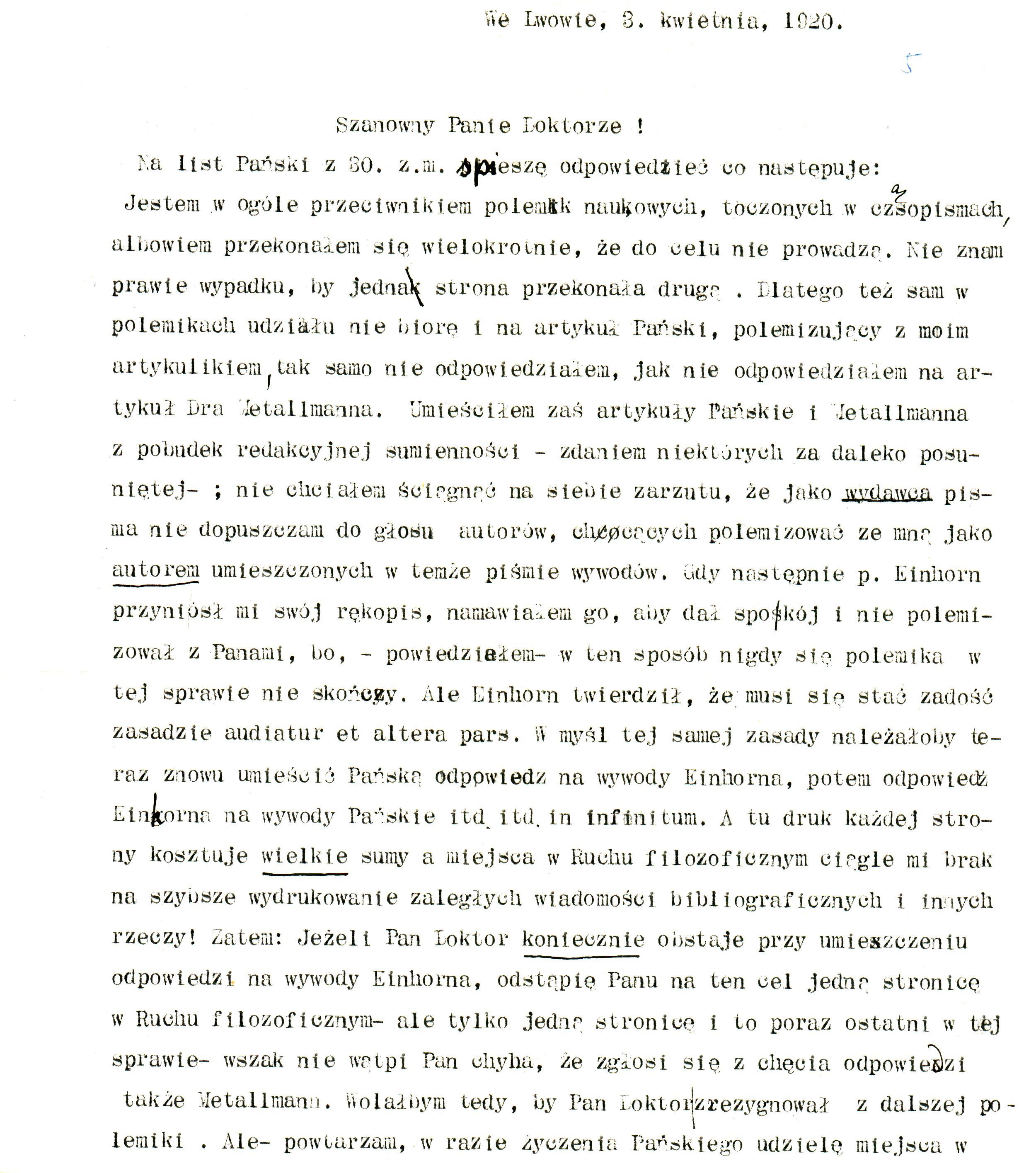 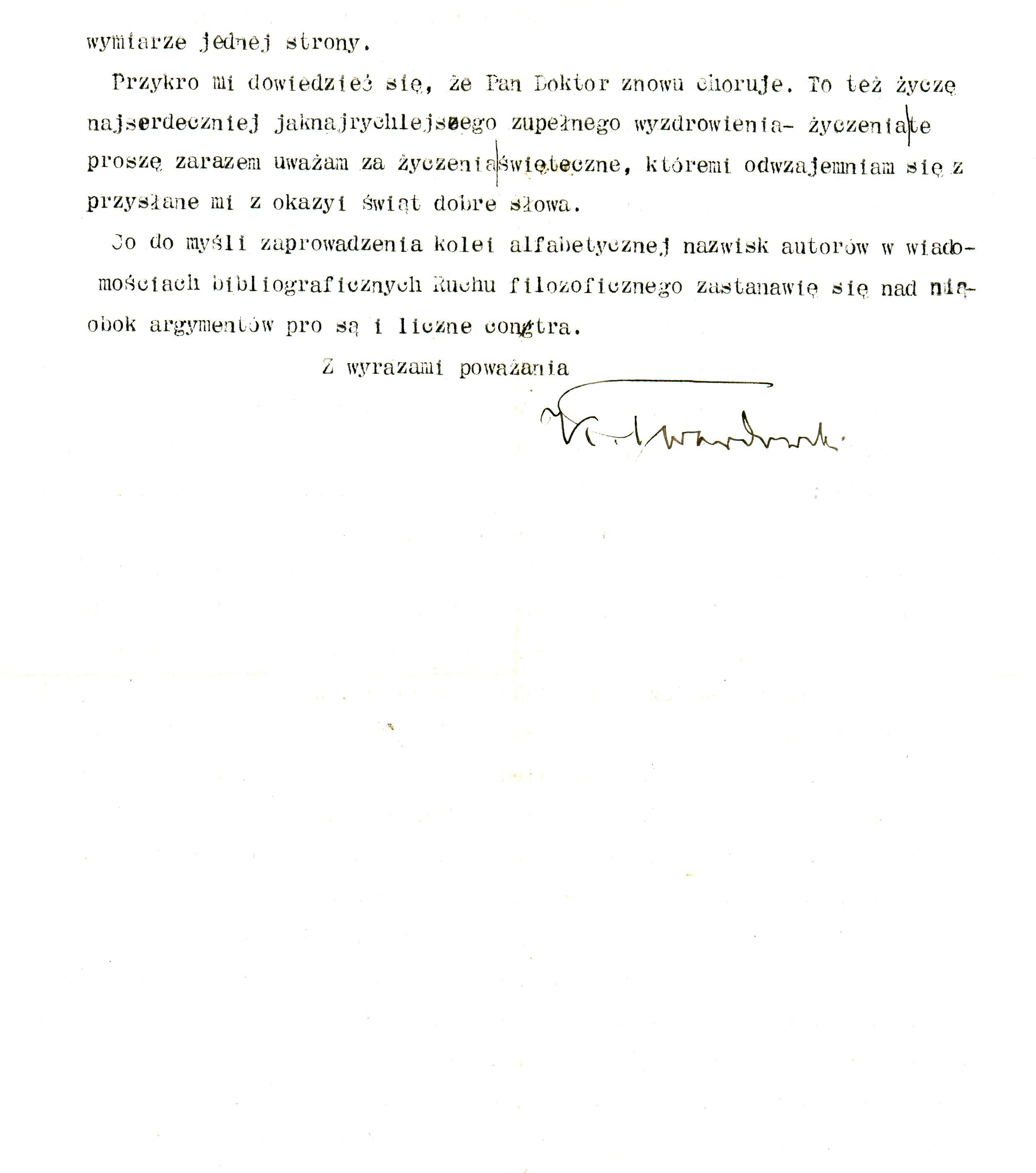 I hasten to reply to your letter of the 30th of last month as follows: I’m generally an opponent of academic polemics conducted in periodicals, as I have convinced myself many times that they fail to achieve their objectives. I know of hardly any case in which one party convinced the other. For this reason as well, I don’t take part in polemics; I didn’t respond to your article, which polemicised with mine, just as I did not respond to Dr Metallmann[O1] ’s article. However, I placed your article and that of Metallmann for reasons of editorial diligence ‒ which, in the opinion of some, I have taken too far ‒ not caring to subject myself to the accusation that I as the publisher of the journal had failed to provide a forum for authors who wished to polemicise with me as the author of the arguments put forward therein. When Mr Einhorn brought me his manuscript, I advised him to leave the matter alone and not to polemicise with you, because (I said) that way the polemics on this question would never end. But Einhorn declared that the principle of audiatur et altera pars [let the other party be heard] must be satisfied. In accordance with the same principle, it’s now necessary to find a place for your response to Einhorn’s arguments, followed by Einhorn’s response to yours, etc., etc., ad infinitum. Meanwhile, the printing of each page costs a fortune here, and I constantly lack space for the prompt publication of a backlog of bibliographical information and other things! Therefore: if you necessarily insist on placing a response to Einhorn’s arguments, I’ll give you one page of Philosophical Movement for this purpose ‒ but only one, and for the last time in this matter. After all, you probably have no doubt that Metallmann will also be eager to respond. I’d prefer you to give up any further polemics. However, I repeat: if you wish, I’ll give you one page of space.

I am sorry to learn that you’re once again ill. I cordially wish you the speediest full recovery, along with Easter wishes to reciprocate the kind words you sent me on the occasion of this holiday.

As for the idea of placing the names of the authors in alphabetical order in the bibliographical news in Philosophical Movement, I’ll consider it ‒ along with the arguments pro, there are numerous contra.

With expressions of esteem,