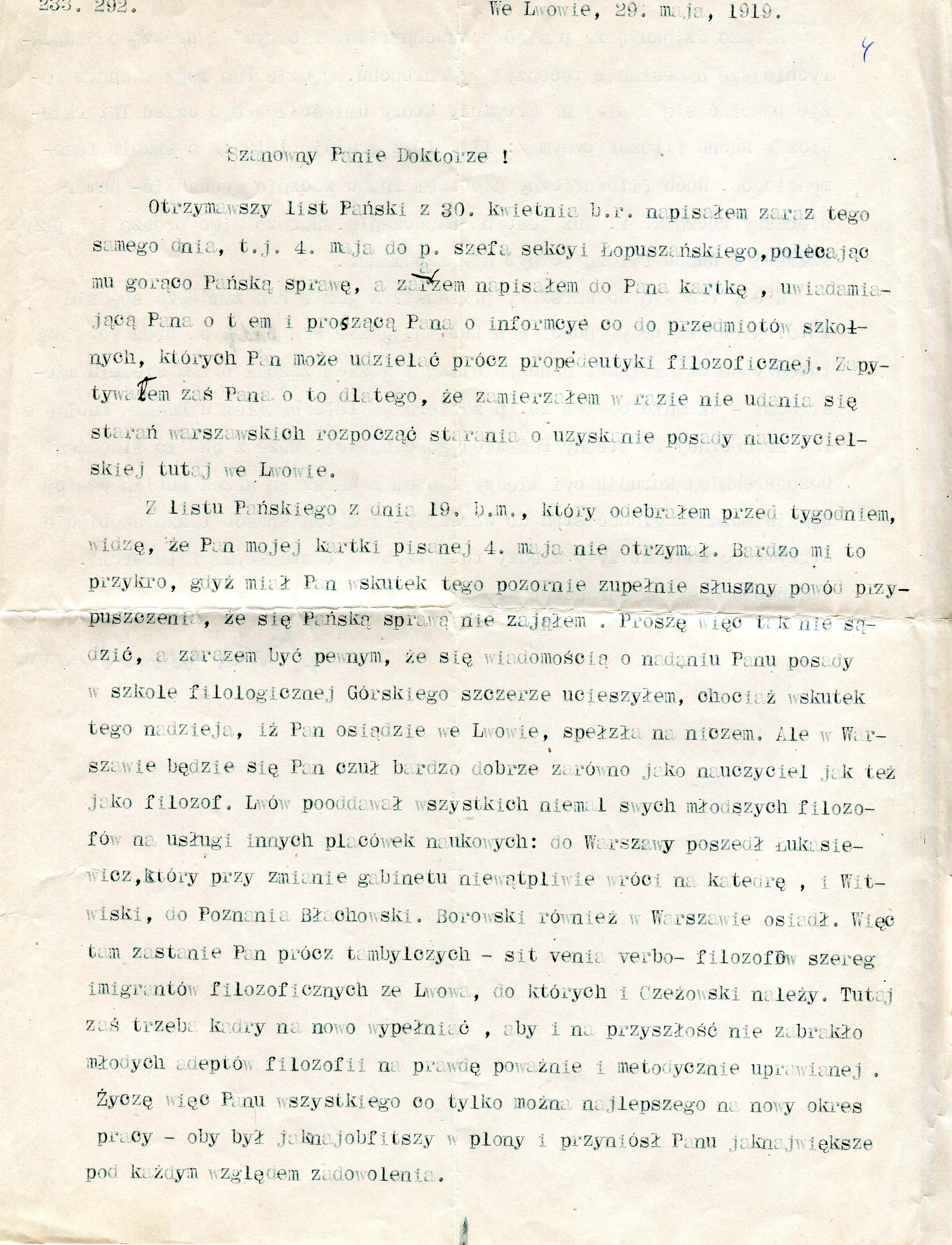 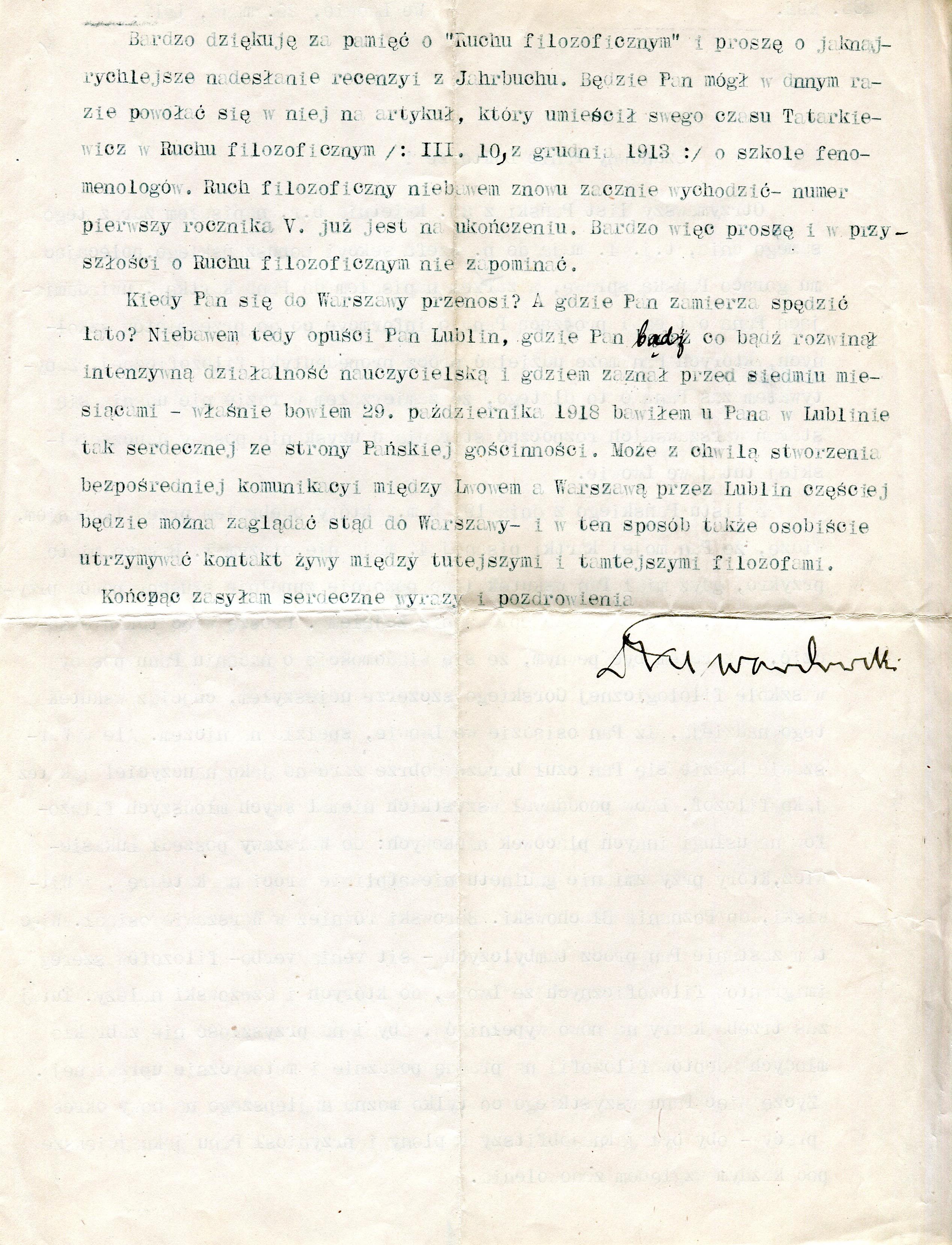 Having received your letter of 30 April of this year, I wrote the same day, i.e. 4 May, to the head of the section, Mr Łopuszański[O1] , urgently calling his attention to your situation; at the same time I wrote you a note to make you aware of this and to ask you for information on school subjects which you might impart in addition to philosophical propaedeutics. I asked you about this because I intended, in the event of unsuccessful efforts in regard to Warsaw, to initiate efforts to obtain a teaching post here in Lviv.

From your list of the 19th of this month, which I received a week ago, I see that you did not receive my note, written on 4 May. I’m very sorry, since, as a result, you had, seemingly, a fully legitimate reason to suppose that I didn’t concern myself with this matter of yours. I therefore ask you not to believe that, and at the same time to be sure that I was sincerely pleased about the news about the post in Górski’s philosophical school being given to you, even if, as a result of this, the hope that you would settle in Lviv has come to nothing. However, in Warsaw you’ll feel very comfortable, both as a teacher and as a philosopher. Lviv has surrendered nearly all its young philosophers to serve other academic institutions: Łukasiewicz[O2]  (who, through a change in the cabinet, will undoubtedly return to the faculty) and Witwicki [O3] to Warsaw, Błachowski[O4]  to Poznań. Borowski[O5]  has also settled in Warsaw. So there you’ll find, in addition to the native – sit venia verbo [Latin: if you’ll forgive the expression] – philosophers, a number of philosophical migrants from Lviv, among whom Czeżowski also belongs. Here, though, the staff must be filled out again, so that in the future there will be no lack of seriously and methodically trained young adepts of philosophy. Thus I wish you all the best for your new phase of work – may it be as fruitful as possible, and bring you the greatest satisfaction in every respect.

When are you going to make the move to Warsaw? And where do you intend to spend the summer? Soon, then, you’ll leave Lublin, where, after all, you’ve developed intense teaching activity, and where I experienced, seven months ago – 29 October 1918, to be exact – I enjoyed[O6] , at your home in Lublin, such cordial hospitality on your part. Perhaps, as of the moment of the creation of direct transport between Lviv and Warsaw via Lublin, it will be possible to visit Warsaw from here more often ‒ and, in this way, also to personally maintain lively contact between the philosophers here and there.

In closing, I send cordial regards and greetings