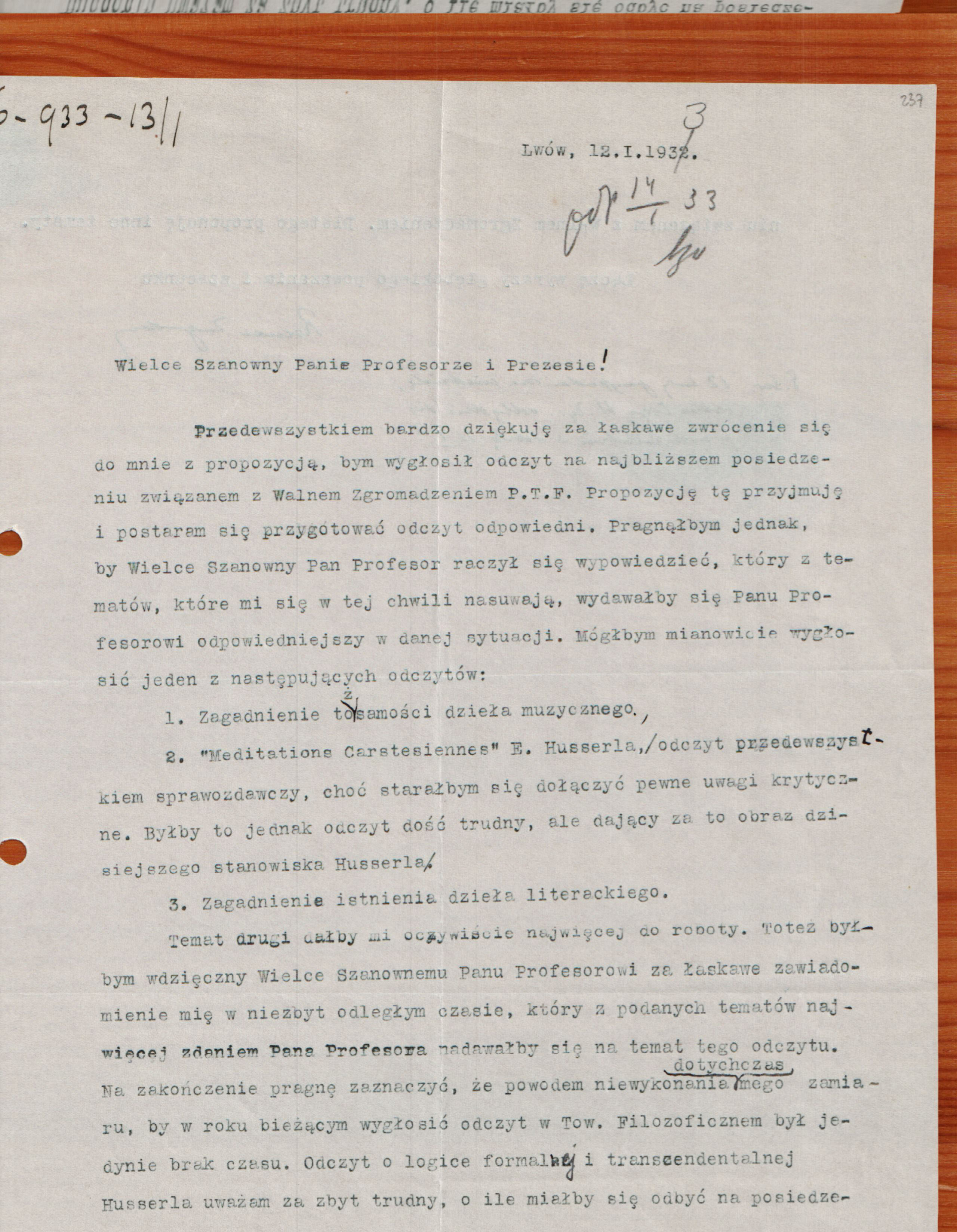 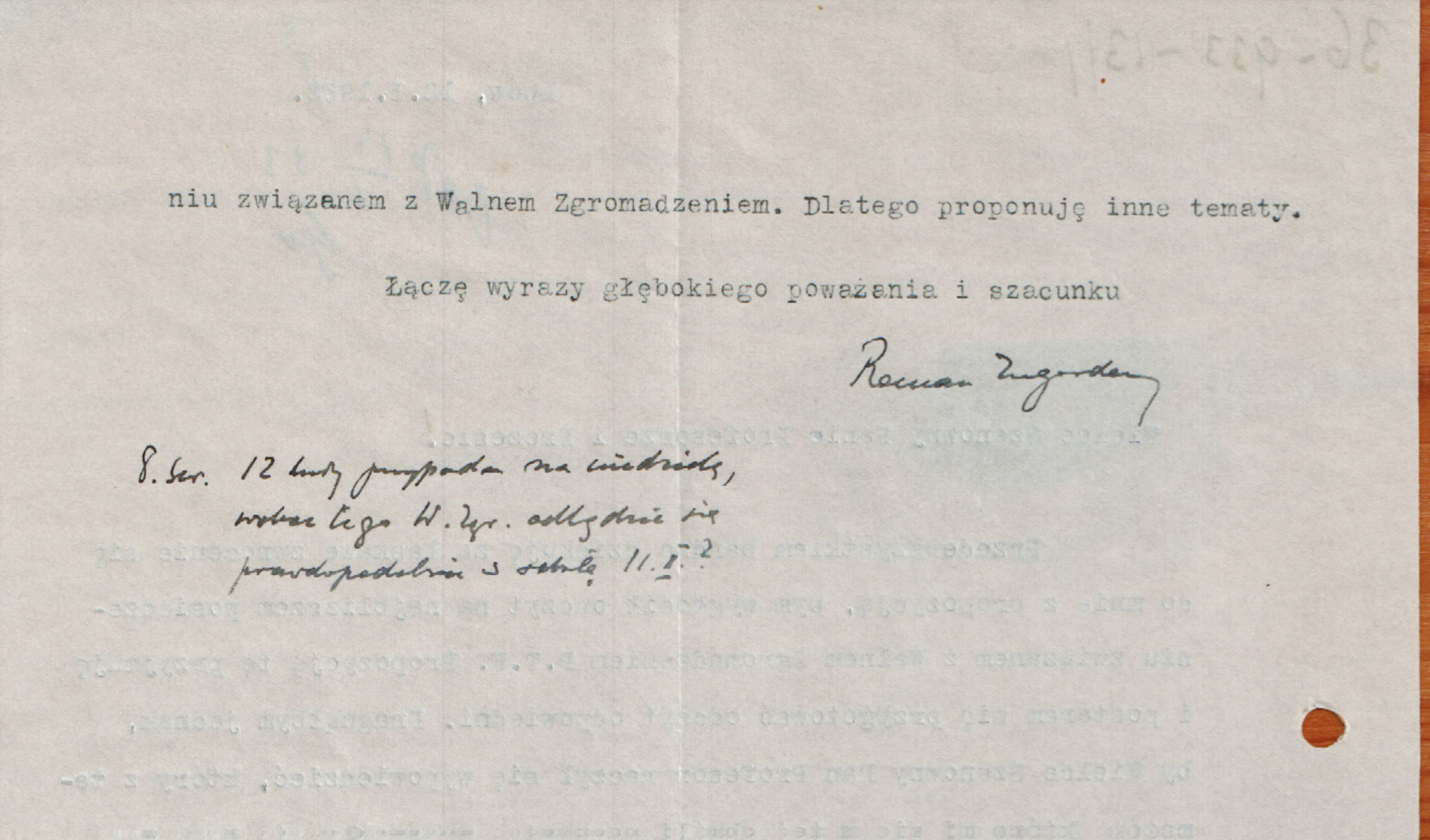 Most Honourable Professor and President!

First of all, thank you very much for graciously turning to me with the proposal to deliver a lecture at the next meeting related to the General Assembly of the PPS [Polish Philosophical Society]. I accept this proposal and will try to prepare a suitable lecture. I’d like you to tell me, however, which of the topics that come to mind at this time seems most suitable for this situation. Specifically, I could deliver one of the following lectures:

1. the question of the identity of a musical work;

2. Edmund Husserl[O1] ’s Méditations Cartésiennes [Cartesian meditations] (a lecture which above all has the character of a report, although I’d try to include certain critical remarks; however, it’d be a rather difficult lecture, albeit one offering a picture of Husserl’s current position);

3. the issue of the existence of a literary work.

Of course, the second topic would involve the most work for me. Thus I’d be grateful to you for graciously informing me in the not-too-distant future which of the topics you think would be most suitable for this lecture. In conclusion, I’d like to point out that the reason I haven’t carried out my intention, i.e. to deliver a lecture at the Philosophical Soc. this year, previously was only a lack of time. I think the lecture on Husserl’s formal and transcendental logic is too difficult if it’s supposed to take place at a meeting associated with the General Assembly. Therefore I’m proposing the other topics.

P.S. Given that 12 February falls on Sunday, the G. Assy. will probably take place on Saturday, 11/2, correct?