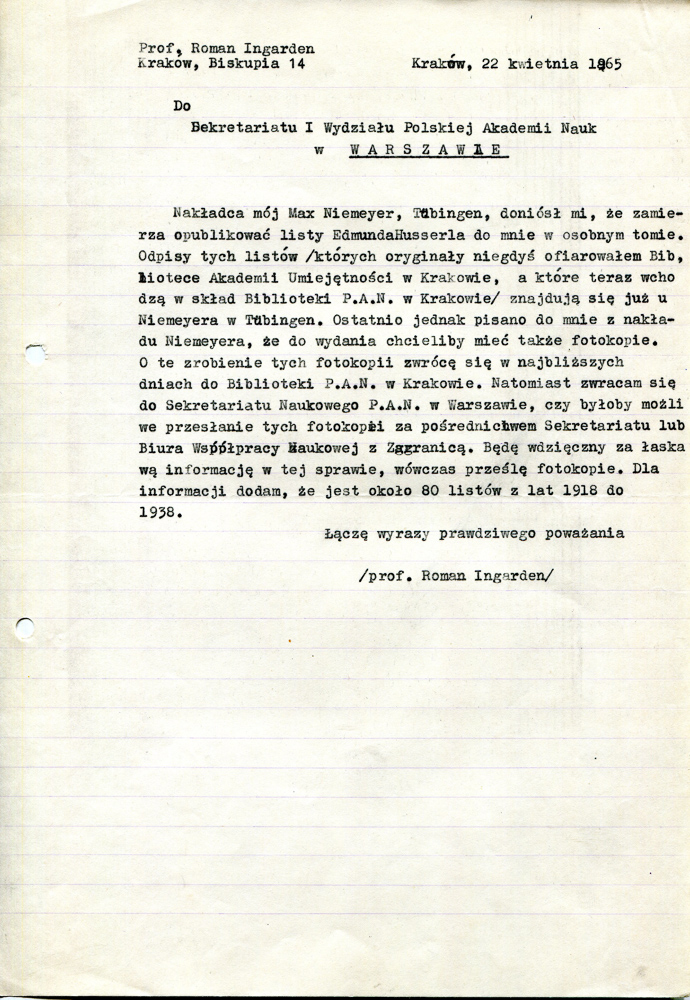 c      My publisher Max Niemeyer, Tübingen, has reported to me that they intend to publish Edmund Husserl’s letters to me in a separate volume. Copies of these letters /the originals of which I had once gifted to the library of the Academy of Arts and Sciences in Krakow, and which are now part of the P.A.S. Library in Krakow/ are already with Niemeyer in Tübingen. Recently, however, Niemeyer wrote to me that they would also like to have photocopies for publication. I will be asking the P.A.S. Library in Krakow to make these photocopies for me in the upcoming days. However, I am writing to ask the Scientific Office of the P.A.S. in Warsaw whether it would be possible to send these photocopies via the International Scientific Cooperation Office. I would be grateful for information on this matter, and upon your reply I shall send the photocopies. For information, I will add that there are about 80 letters from the years 1918-1938.

Letter to the Committee of the Library of Classics of Philosophy written 03.09.1951