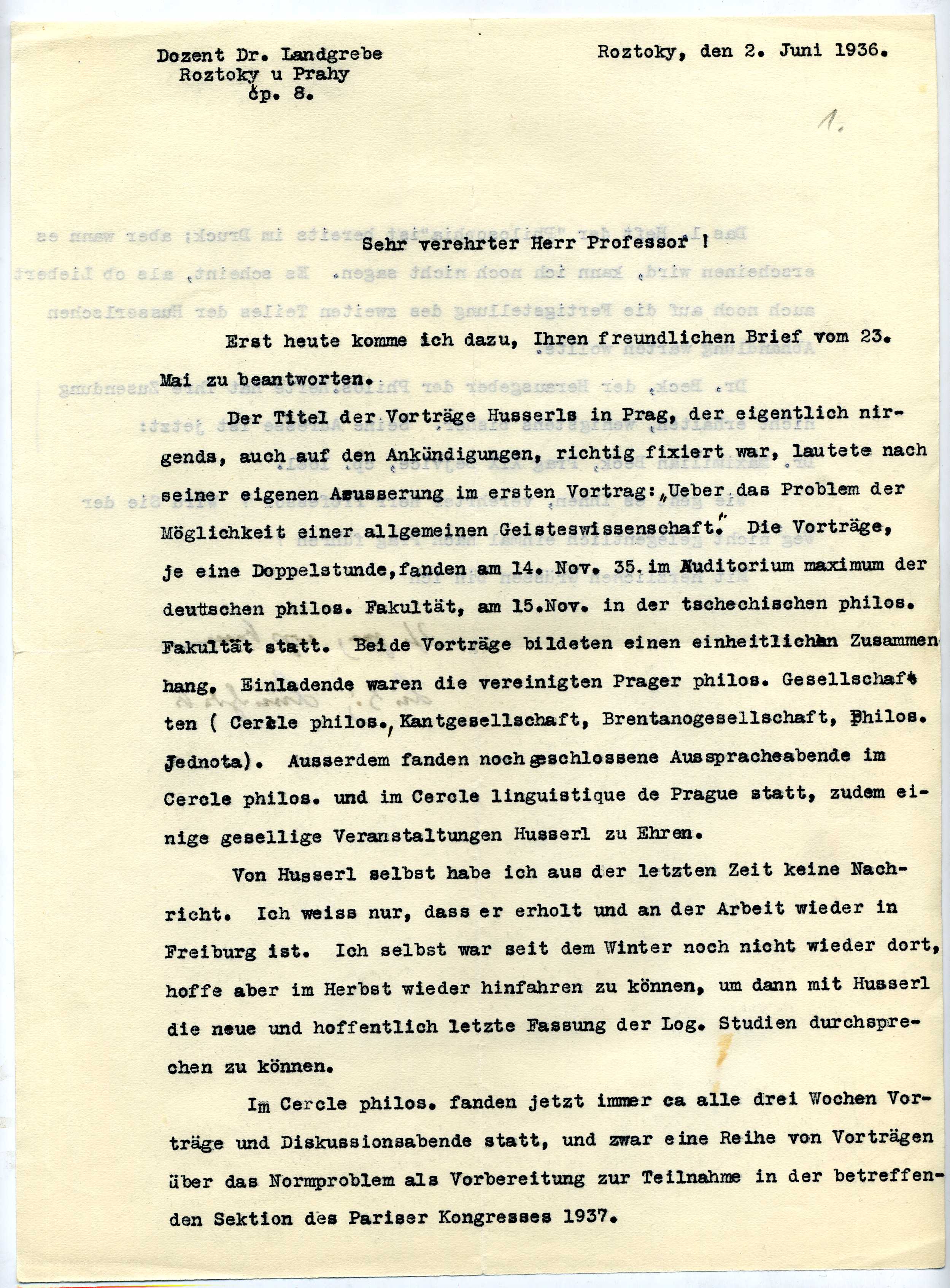 n    I am only now finding time to reply to your kind letter dated May 23.
n     The title of Husserl’s lectures in Prague, which wasn’t formally included in any of the announcements, was according to a statement made by him in his first lecture “On the Problem of the Possibility of General Humanities”. The lectures, each lasting two periods, took place on November 14, 1935 in the auditorium maximum of the German Philosophical Faculty and on November 15 at the Czech Philosophical Faculty. Both lectures were closely interlinked. The United Philosophical Society of Prague (Cercle Philos., Kantgesellschaft, Brentanogesellschaft, Philos. Jednota) sent out invitations. In addition, closed talks took place in the evenings at Cercle Philos. and at Cercle Linguistique de Prague as well as a couple of social events to honor Husserl.
n    I haven’t heard from Husserl recently. All I know is that he has been working in Freiburg after a period of rest. I haven’t been there since last winter, but I am hoping that I will be able to return this fall to discuss the new and hopefully final version of the “Logical Investigations” with Husserl.
n    The Cercle Philos. has been hosting lectures and discussion panels every three weeks, including a series of lectures on the problem of norms as a prerequisite for participation in the applicable section of the Parisian Convention 1937.
n    The first magazine of the “Philosophica” is currently being printed. However, I don’t know the exact date when it will be released. It appears as if Liebert wants to wait for the completion of the second part of the Husserl paper.
n    Dr. Beck, the publisher of the philosophical magazine, has not yet received the materials you sent him. His current address is Dr. Maximilian Beck, Prague XIX Dejvice, čp. 1681.
n    How are you doing, dear Professor? When will your path lead you back to Prague?

Lecture of Roman Ingarden on the meeting of Lviv Scientific Society 15.06.1939