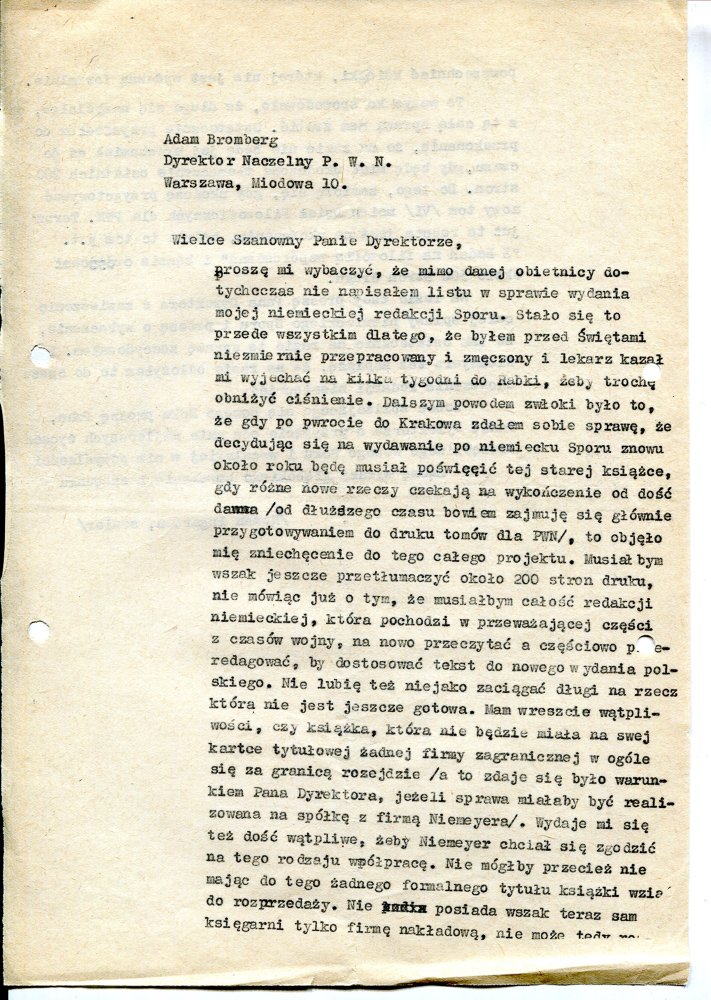 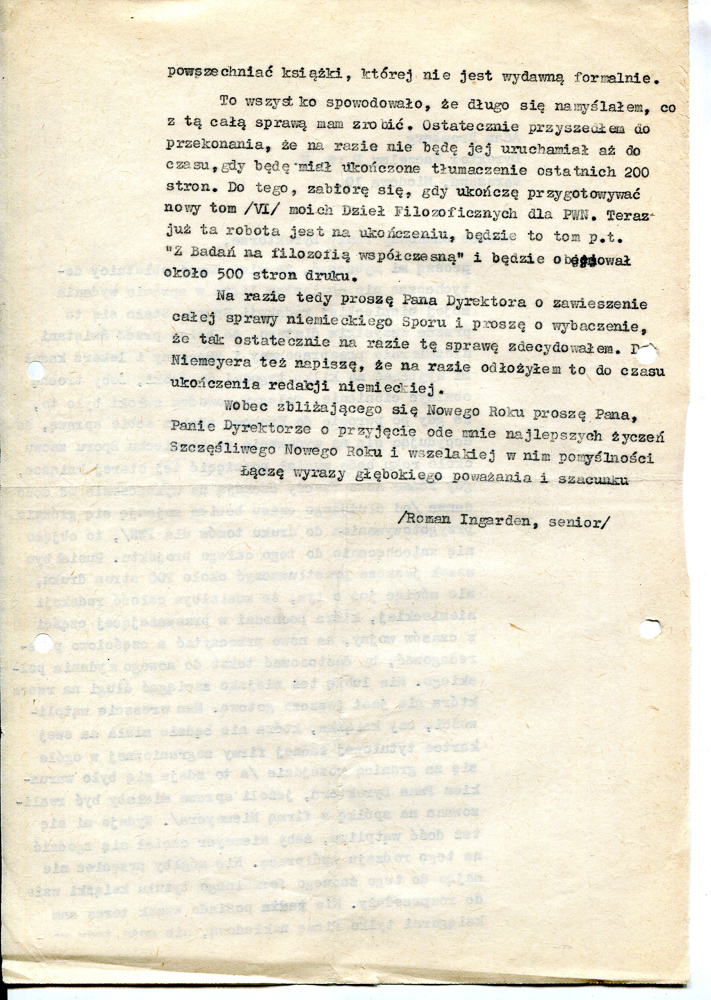 Please forgive me that, despite my promise, up until this point I have not written a letter regarding the publishing of the German Edition of my Controversy. This happened mainly because I was overworked and tired before Christmas and my doctor directed me to go to Rabka for a few weeks to lower the pressure a little. Another reason for the delay was that when, after returning to Krakow, I realized that the decision to publish the Controversy in German would mean having to devote another year to this old work, when various new ones have been waiting to be finished for quite a while /as for a longer time now I have mainly been focused on preparing volumes for printing for PWN/, I felt dejected about this entire project. After all, I would have to translate about 200 pages of print, not to mention the fact that I would have to re-read the whole German edition, which is mostly from the war period, and re-edit it to adapt the text for the new Polish edition. I also do not like to enter into debts for something that is not ready yet. Finally, I have doubts whether the book which will not have any foreign company on its title page will sell abroad at all /and this seems to have been Director’s condition, if the project were to be carried out in cooperation with Niemeyer’s company/. It also seems quite doubtful to me that Niemeyer would agree to this kind of cooperation. After all, they could not sell the book without any formal entitlement to it. After all, Niemeyer xxxx currently owns no bookstore, only a printing company, so they cannot distribute a book that is not formally published.
v      All this made me wonder for a long time what to do about the whole issue. Finally, I came to the conclusion that I will not be making any decisions with regards to it until I have translated the last 200 pages. This I will get to after I finish preparing the new volume /VI/ of my Philosophical Works for PWN. That is almost done, it will be a volume entitled “From Research on Contemporary Philosophy” and it will span about 500 pages of print.
v      For now, then, I would like to ask Director to suspend the entire matter of the German Controversy and please forgive me that this is what I have finally decided regarding this matter. I will also write to Niemeyer to inform them that for now I have put it off until the German edition is finished.
v      In connection with the New Year approaching, please accept my best wishes for a Happy New Year.
v      My deepest respect,