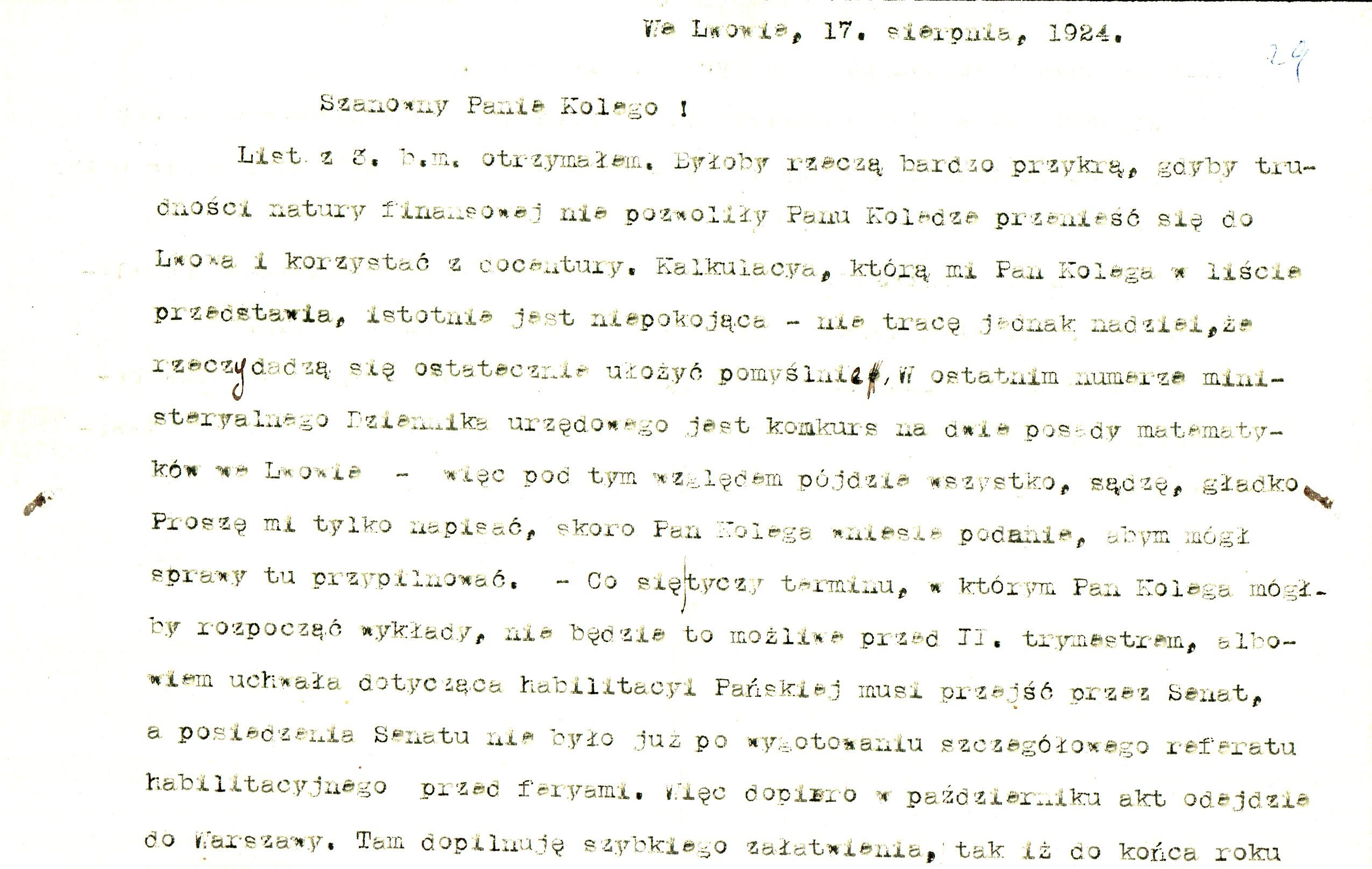 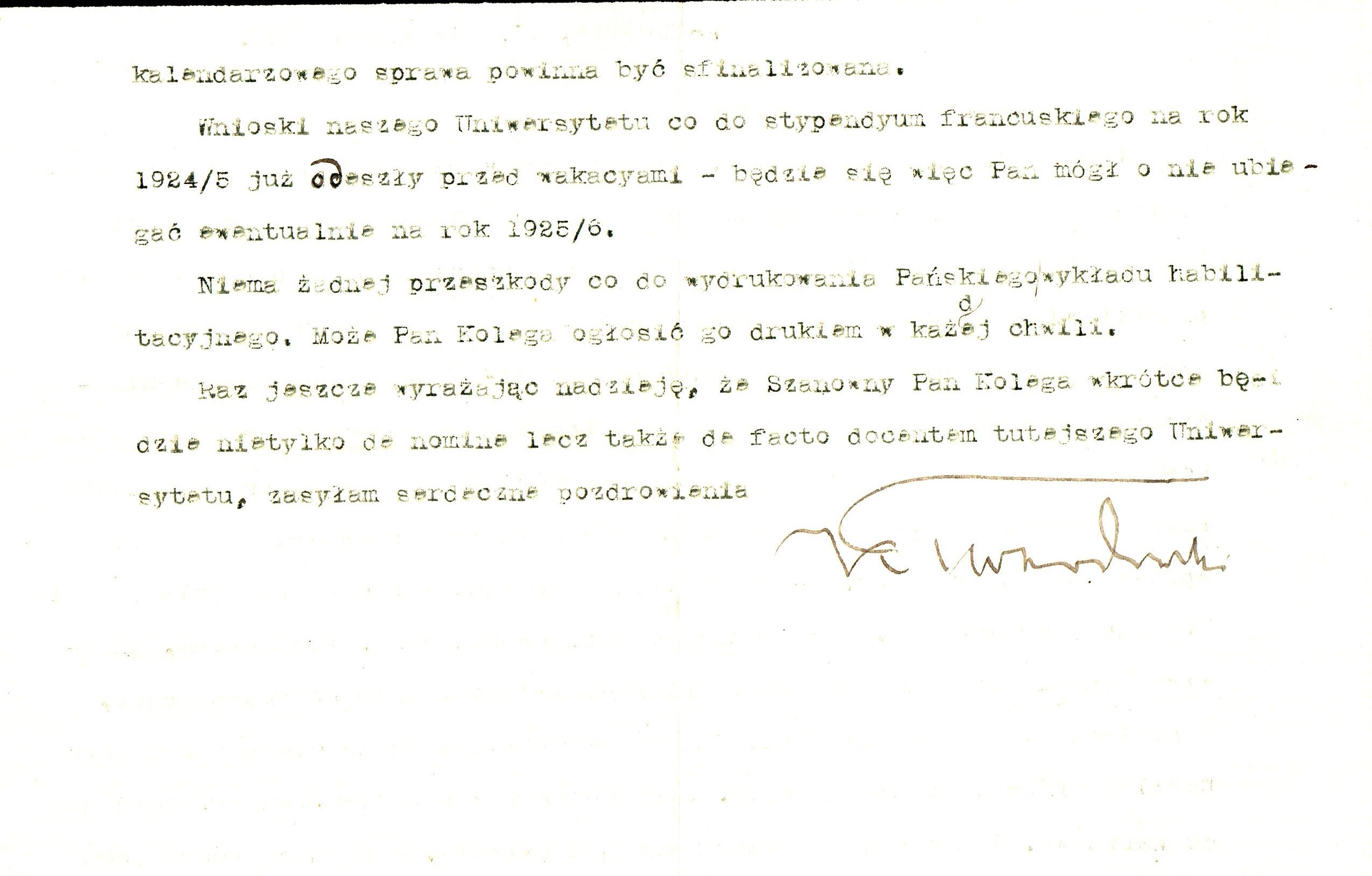 I’ve received your letter of the 3rd of this month. It would be extremely regrettable if difficulties of a financial nature prevented you from relocating to Lviv and taking advantage of the docenture. The calculations you present to me in the letter are indeed disturbing – I haven’t lost hope, however, that things can eventually be worked out successfully. In the last issue of the official ministerial Journal, there’s a competition for two positions for mathematicians in Lviv – therefore, in this respect I think everything will proceed smoothly. Please just write to me, if you submit an application, so that I can keep an eye on the matter here. ‒ As for the date you could start the lectures, it won’t be possible before the second trimester, as the resolution concerning your habilitation must go through the Senate, which hasn’t yet reconvened following the preparation of the detailed habilitation report prior to the holidays. Thus the document won’t go to Warsaw until October. I’ll take care of it quickly there, so that the matter should be finalised by the end of the calendar year.

Our University’s applications for the French scholarship for the year 1924/5 had already been sent prior to the holidays – accordingly, you can potentially apply for one for the year 1925/6.

Nothing stands in the way of your habilitation lecture being printed. You can publish it at any time.

Once again expressing the hope that you’ll soon be not only a de nomine [Latin: in name] but also a de facto [Latin: in fact] docent at the university here, I send cordial greetings