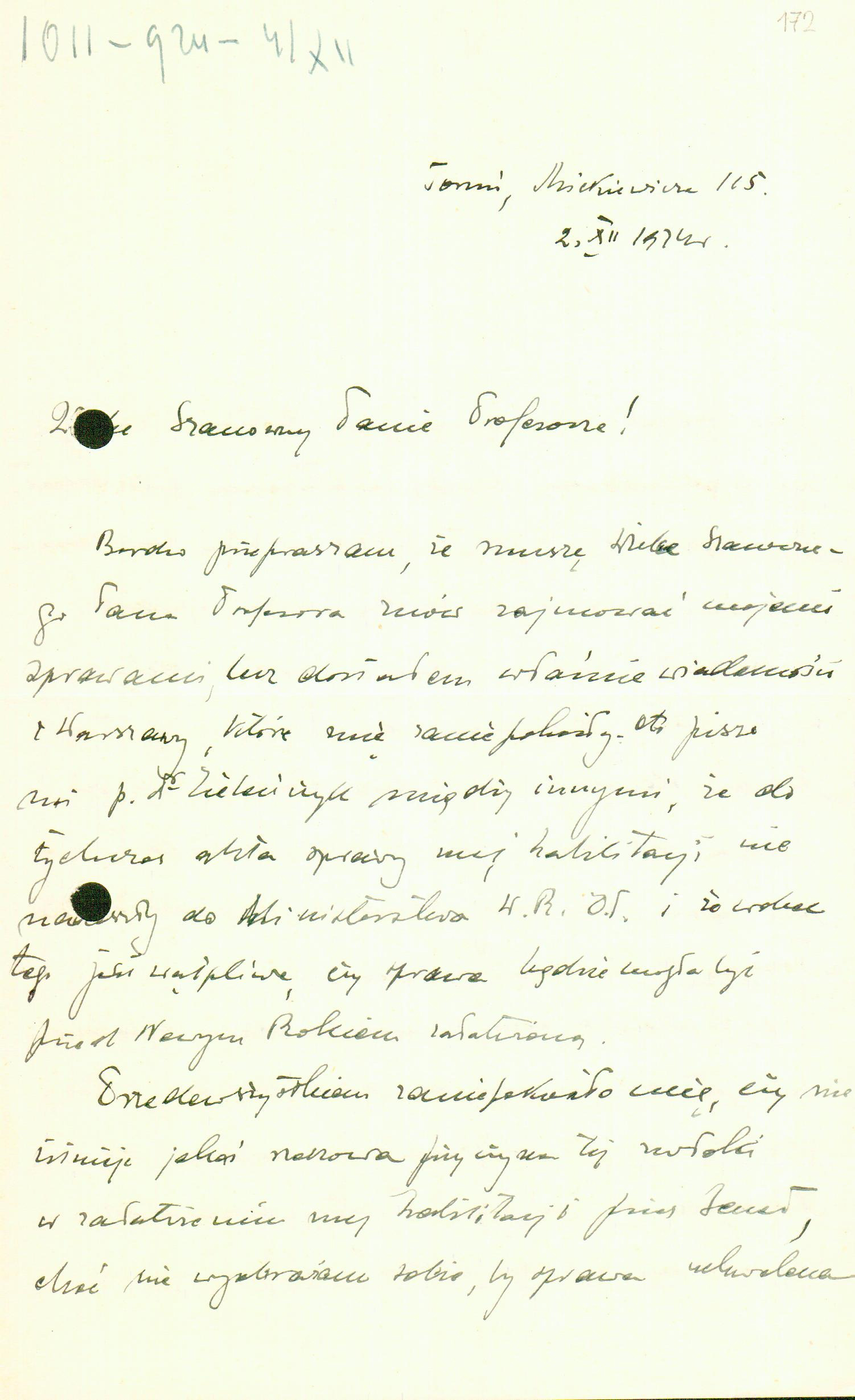 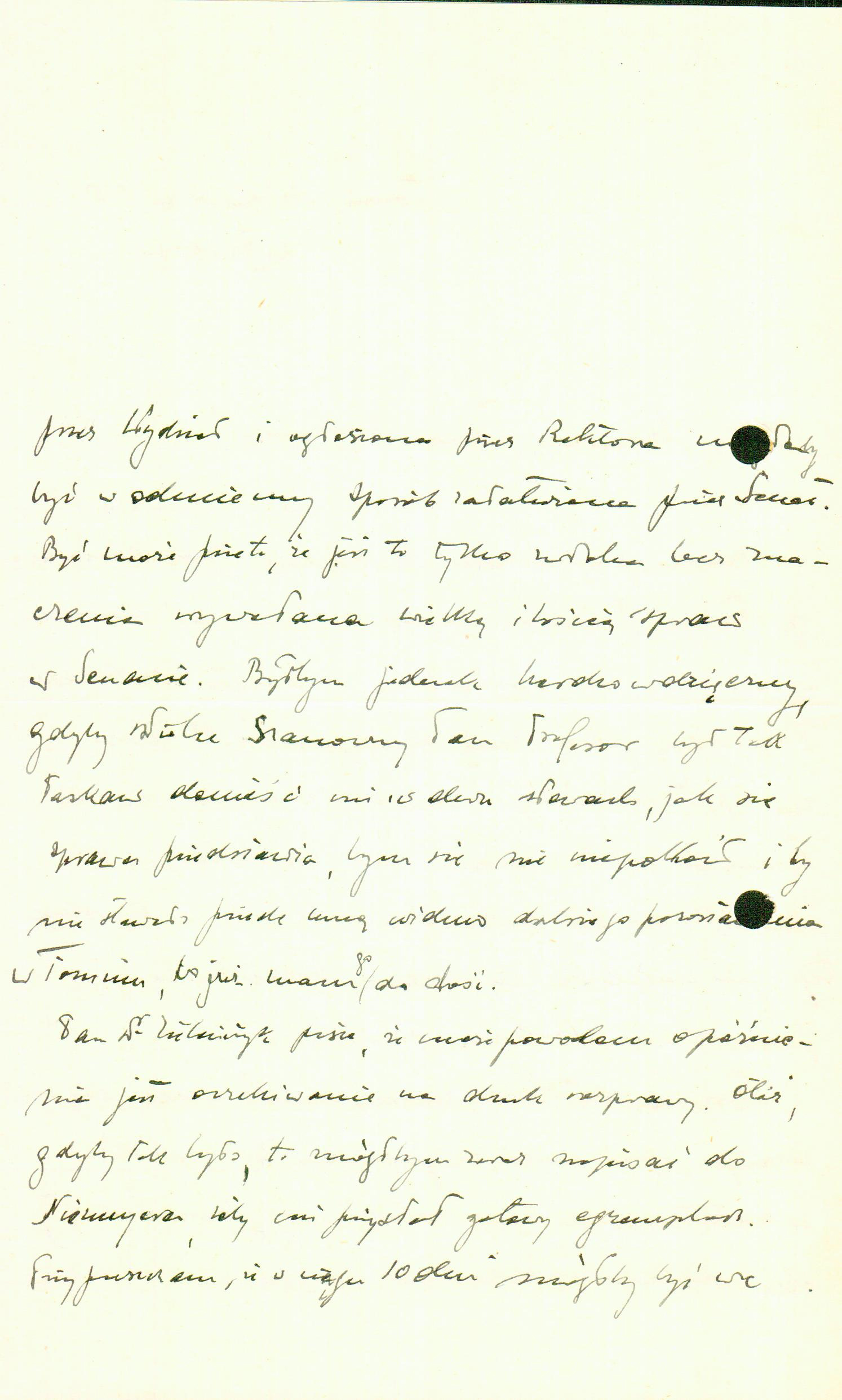 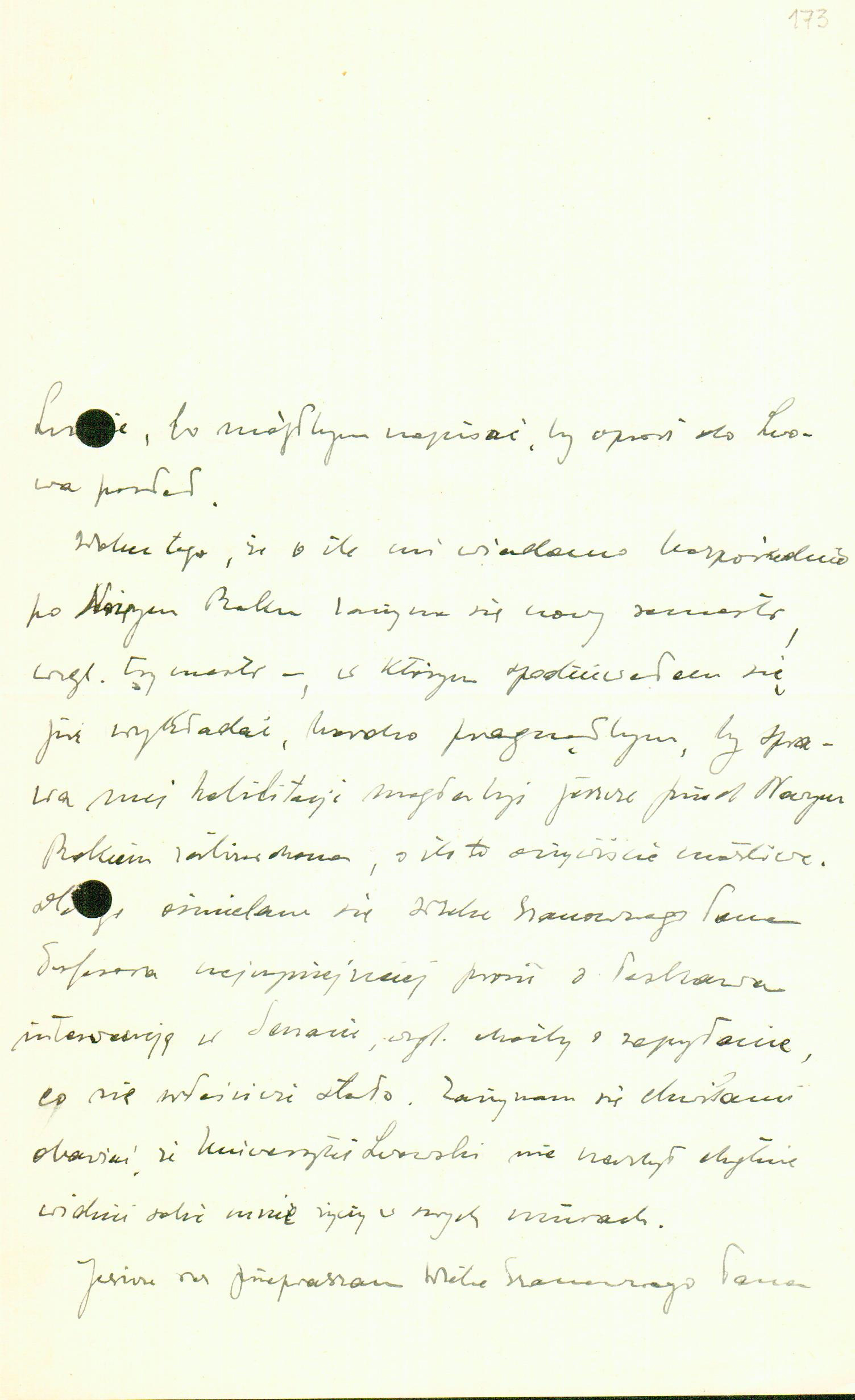 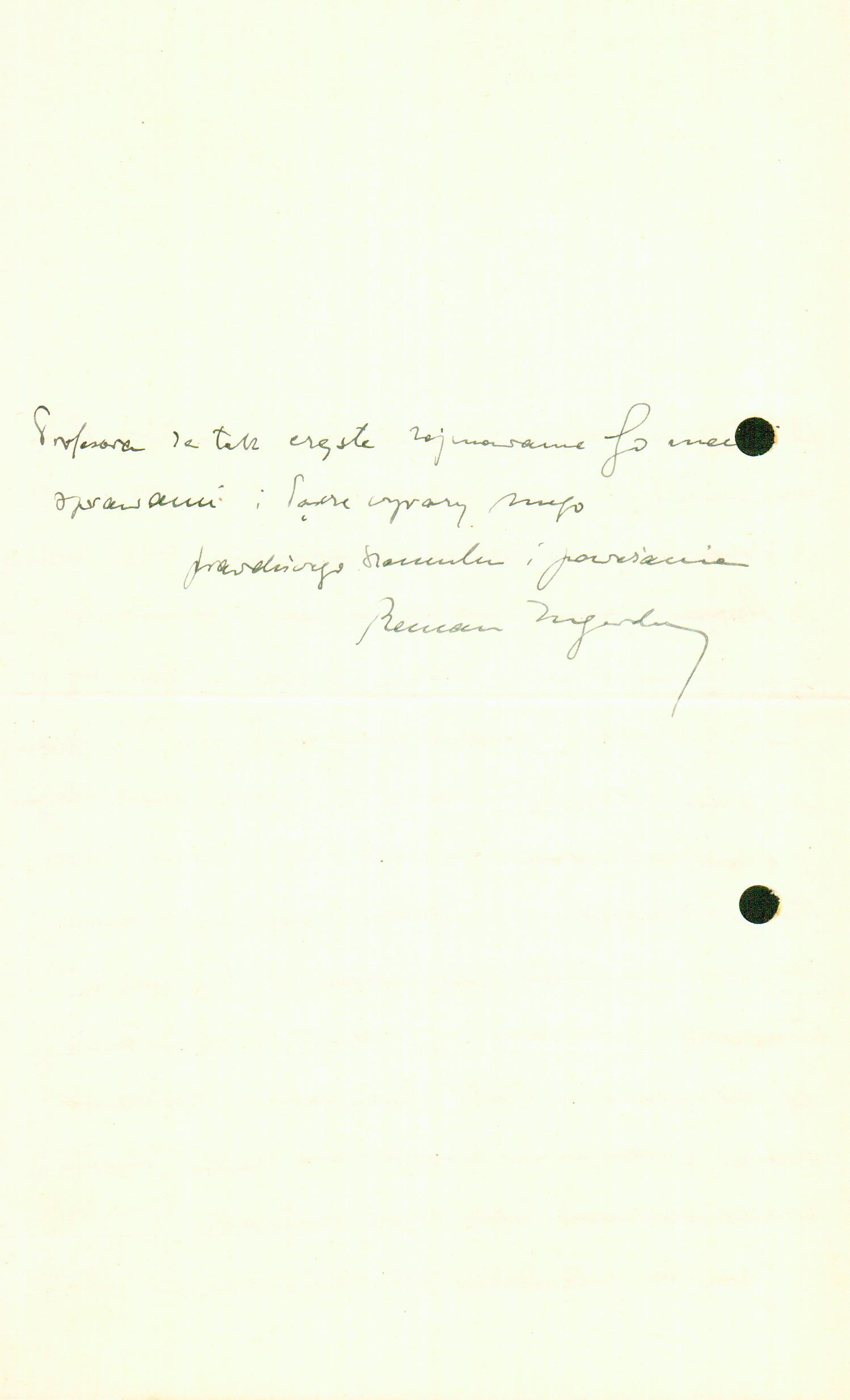 I apologise for having to burden you once again with my affairs, but I’ve just received news from Warsaw that has disturbed me. Dr Zieleńczyk [O1] writes, among other things, that the files relating to my habilitation have not yet reached the Ministry of Religious Denominations and Public Education, and that therefore it is doubtful whether the matter will be settled before the new year.

First of all, I’m disturbed concerning whether there is any material reason for this delay in the settlement of my habilitation by the Senate, though I can’t imagine that a matter approved by the Department and announced by the Rector could be settled otherwise. It’s possible, therefore, that this is only an insignificant delay caused by the great number of issues in the Senate. Nevertheless I’d be very grateful if you’d be so gracious as to let me know in a couple of lines how the matter stands, so that I won’t worry and won’t be confronted by the spectre of a continued stay in Toruń, because I’ve already had my fill of it.

Dr Zieleńczyk writes that perhaps the reason for the delay is the wait for the printing of the dissertation. Well, if that were the case, I could write to Niemeyer at once so that he’d send me a copy. I suppose it could be in Lviv within 10 days, because I could write him to send it directly there.

Since, as far as I know, the new semester begins immediately after the New Year, i.e. the Trimester, in which I already expected to be lecturing, I’d very much like the matter of my habilitation to be settled before the New Year, insofar, of course, as that is possible. Thus I’m taking the liberty of asking you most politely to graciously intervene with the Senate, or even just to inquire as to what has actually happened. At this point I’m beginning to fear that the University of Lviv is not very willing to see me within its walls.

Once again, I apologise for so frequently burdening you with my affairs, and enclose expressions of my true respect and esteem