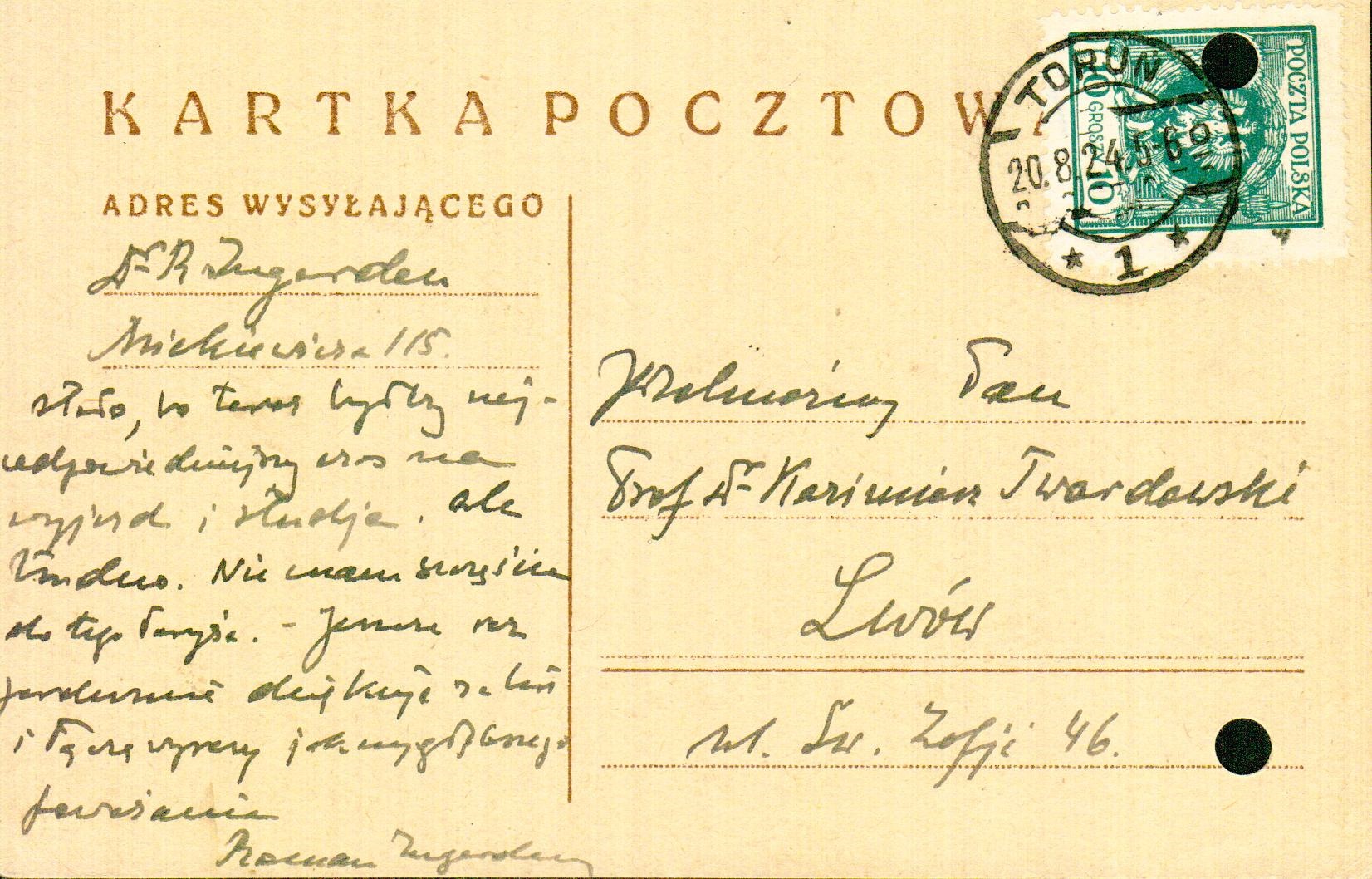 I thank you very cordially for the letter I received today and the news it contained. Since this news also constitutes a response to the issues raised in my second letter, sent a few days ago, I’m asking you not to waste your valuable time responding to that letter. Since I can’t begin to lecture until the second trimester, I think it’ll be best if, according to the agreement with Dr Janelli, I wait for the competition which is supposed to be announced for the position in the state middle school no. 5. As for the French scholarship, I assumed that I acted belatedly – incidentally, though, I regret that it happened this way, because now would be the most appropriate time to go abroad and study. But too bad. I’m out of luck when it comes to Paris. – Once again, I cordially thank you for your letter and enclose expressions of the most profound esteem

Letter to the Committee of the Library of Classics of Philosophy written 28.02.1953