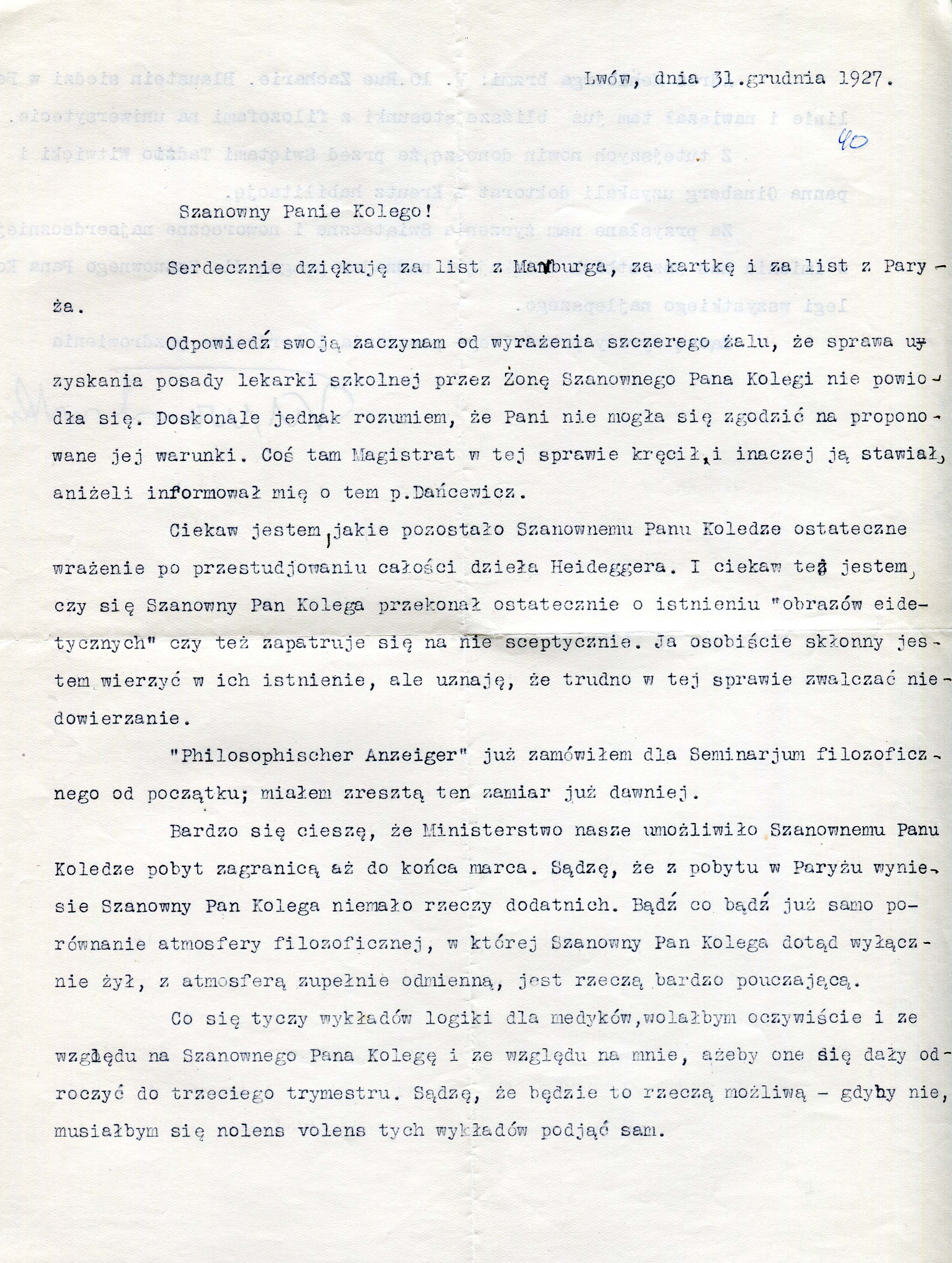 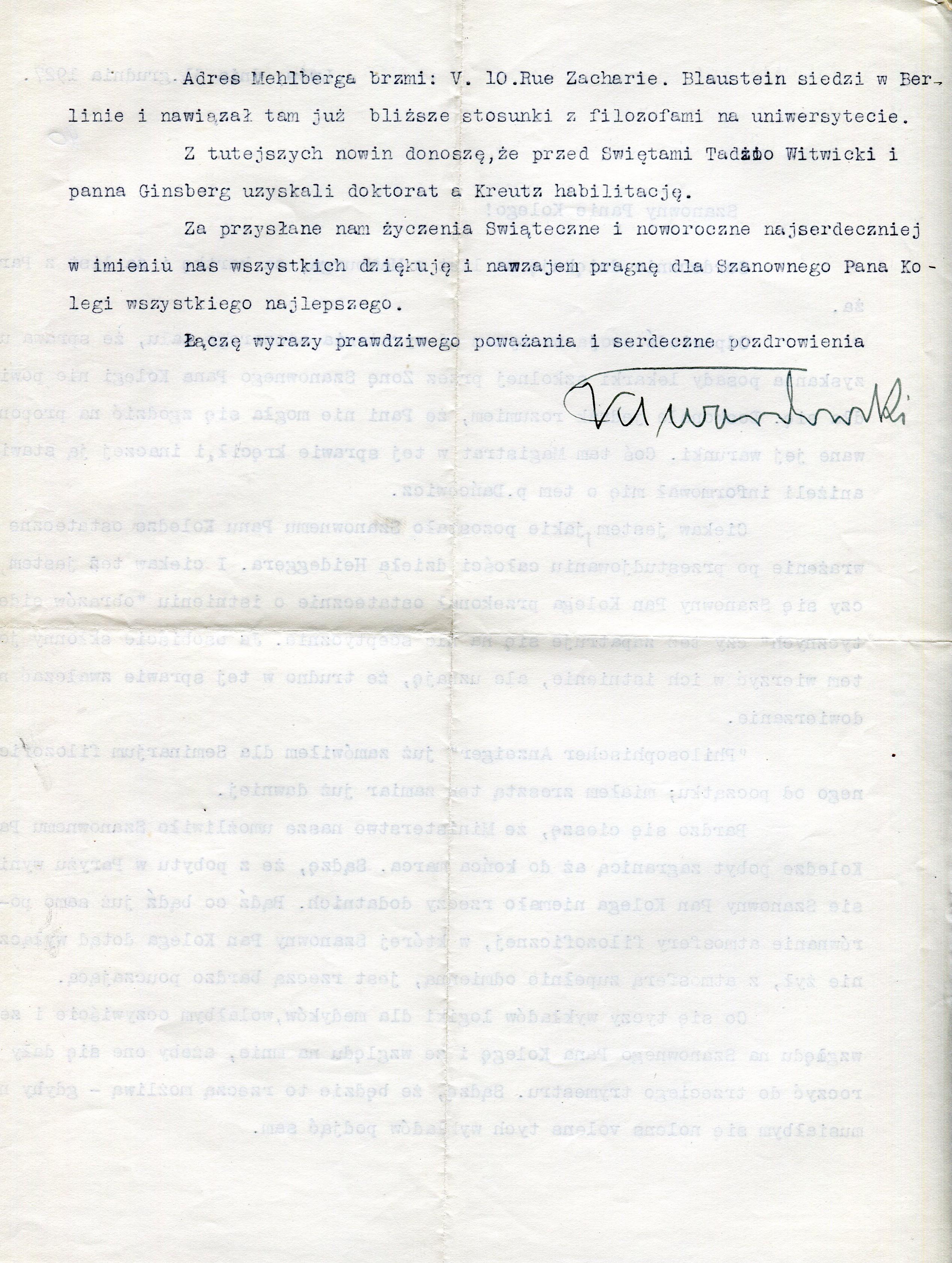 I’ll begin my reply with an expression of sincere regret that the matter of your wife’s obtaining the position of school doctor was unsuccessful. However, I perfectly understand that she was unable to agree to the conditions proposed to her. The municipality have got something up their sleeves, and put the matter differently to what Mr Dańcewicz had told me.

I’m curious as to what kind of final impression you were left with after studying Heidegger’s work in its entirety. And I’m also curious as to whether you were ultimately convinced of the existence of ‘eidetic images’ or whether you look at them sceptically. Personally, I’m inclined to believe in their existence, but acknowledge that it’s difficult to combat disbelief in this matter.

I’ve already ordered Philosophischer Anzeiger [Philosophical gazette] from the beginning for the Philolosophical Seminar; in any case, I’ve wanted to do so for a long time now.

I’m very glad that our Ministry has enabled you to stay abroad until the end of March. I think you’ll take away many positive things from your stay in Paris. Be that as it may, just the comparison of the philosophical atmosphere in which you’ve lived exclusively heretofore with a completely different one is a very instructive thing.

As for the lectures on logic for physicians, I would prefer, of course, both for your sake and my own, that they might be postponed to the third trimester. I think it’ll be possible; if not, I’ll have to undertake these lectures myself nolens volens [Latin: willingly or not].

Mehlberg’s address is: V. 10. Rue Zacharie. Blaustein is in Berlin and has already established closer relations with philosophers at the university.

In terms of local news, I can tell you that before the holidays, Tadzio Witwicki and Ms Ginsberg obtained their doctorates and Kreutz[O1]  achieved habilitation.

I’d like to thank you most cordially on behalf of all of us for the Christmas and New Year greetings you sent, and in return I wish all the best for you.

I enclose expressions of genuine esteem and cordial greetings