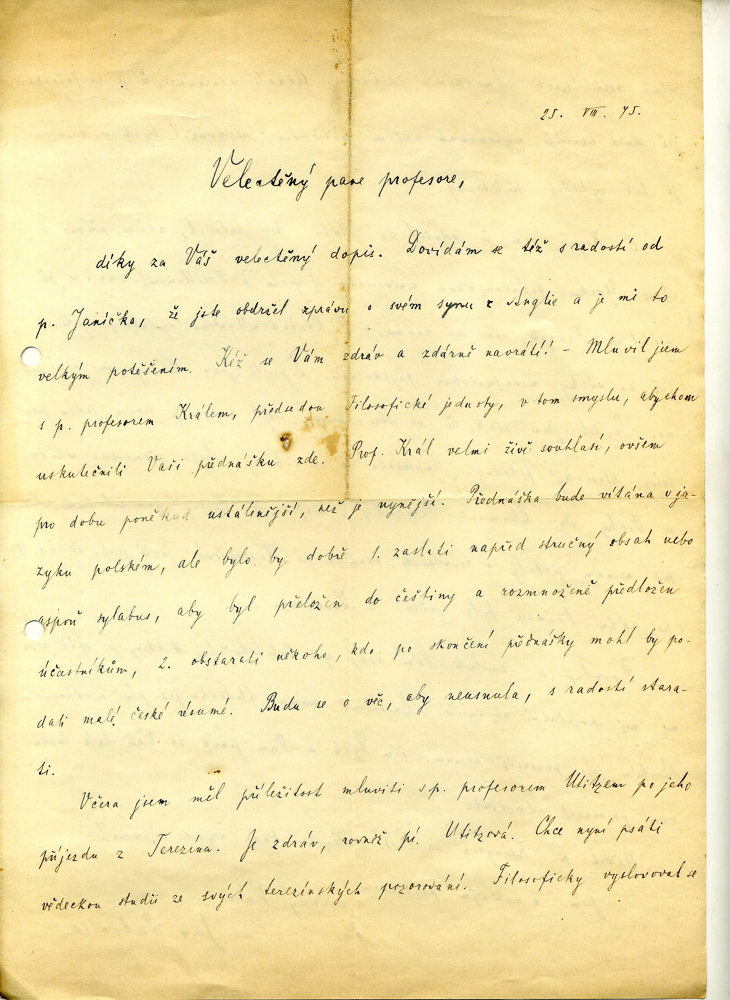 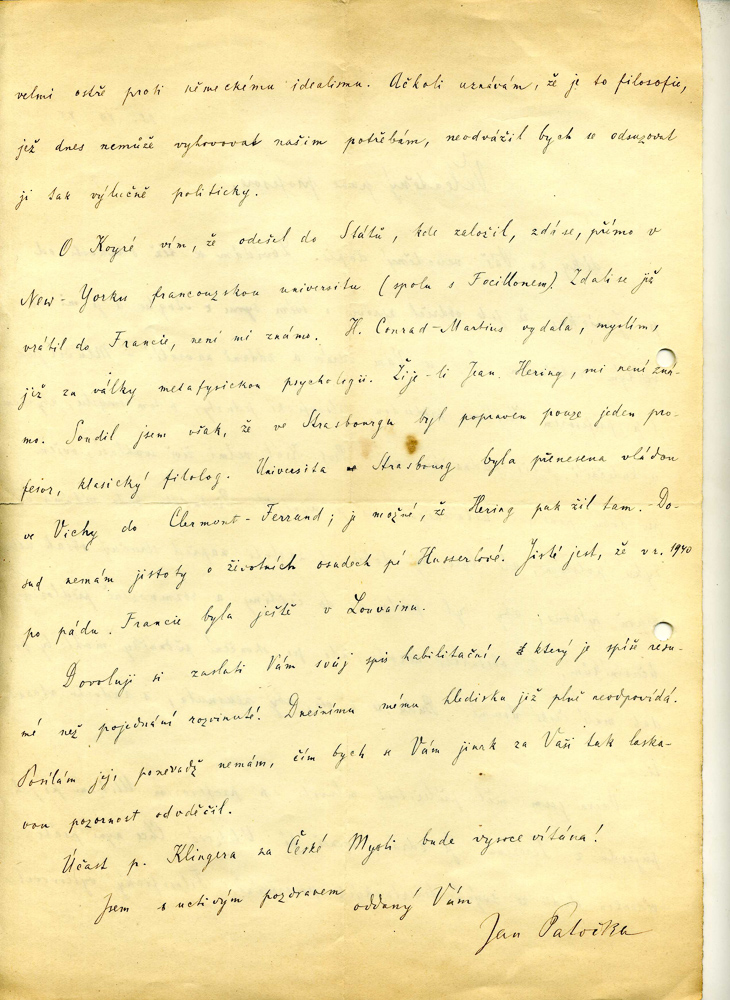 n    Thank you for your delightful letter. Mr Janíček also told me that you have received news about your son from Britain and I am delighted to hear that. I hope that he returns to you safe and sound! I have spoken to Professor Král, Chairman of the Filozofická Jednota [Philosophical Association], about holding your lecture here. Professor Král wholeheartedly agrees, but feels that it should wait until things are rather more stable than they are at present. It will be fine for the lecture to be in Polish, but it would be good: 1. to send a brief description of the content in advance, or at least a breakdown of how it will be structured, so that it can be translated into Czech and distributed to the participants; 2. to find someone who could sum things up briefly in Czech at the end of the lecture. I will be delighted to attend to the matter, to ensure that it goes ahead.
n    Yesterday I had an opportunity to talk to Professor [Emil] Utitz following his return from Terezín[1]. He and his wife are both healthy. He is now planning to write a specialist study based on what he observed there. He had some very sharp criticism for German idealism. Although I recognise that it is a philosophy which does not satisfy our needs today, I would not dare condemn it in that way solely from a political perspective.
n    As regards [Alexandre] Koyré, I know that he went to America, where he appears to have set up a French university (together with [Henri] Focillon) in New York. I do not know whether he has now returned to France. Hedwig Conrad-Martius published metaphysical psychology during the war I think. I do not know whether Jean Hering is alive. From what I have heard though there was only one professor executed in Strasbourg, a classical philologist. The University of Strasbourg was moved by the Vichy regime to Clermont-Ferrand; it is possible that Hering then went and lived there. For the time being I am unsure about what has become of Mrs Husserl[2]. She was definitely still in Leuven in 1940, after the fall of France.
n    I am taking the liberty of sending you my habilitation file, which is more an abstract than a developed treatise. It no longer completely tallies with my point of view today. I am sending it because I have nothing else that I can send you in return for your kindness.
n    A contribution from Mr Klinger to Česká Mysl[3] will be very welcome!

[3] Translator’s note: literally “Czech Mind” – a publication issued by the Philosophical Association in Prague from 1900 to 1947