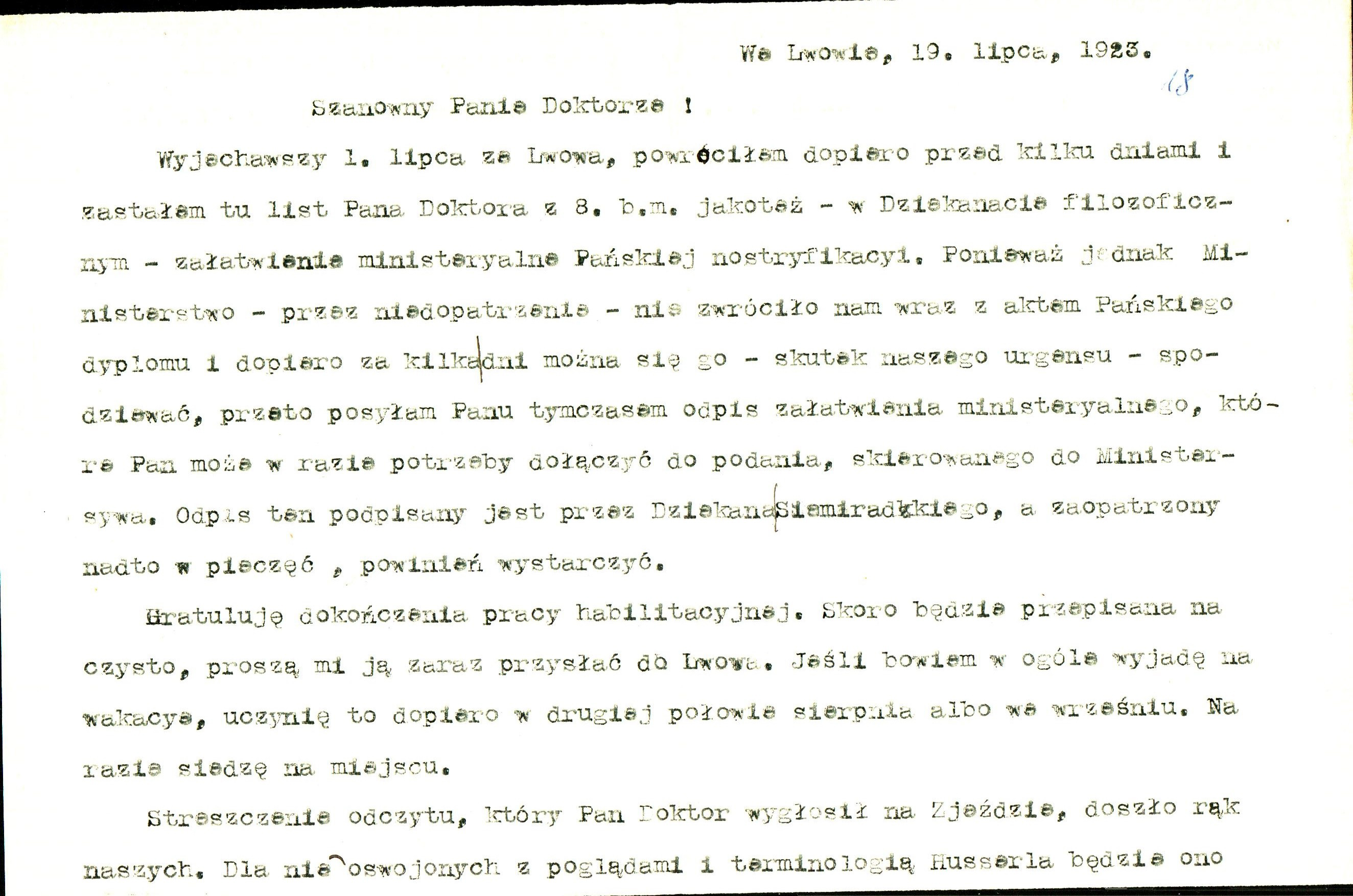 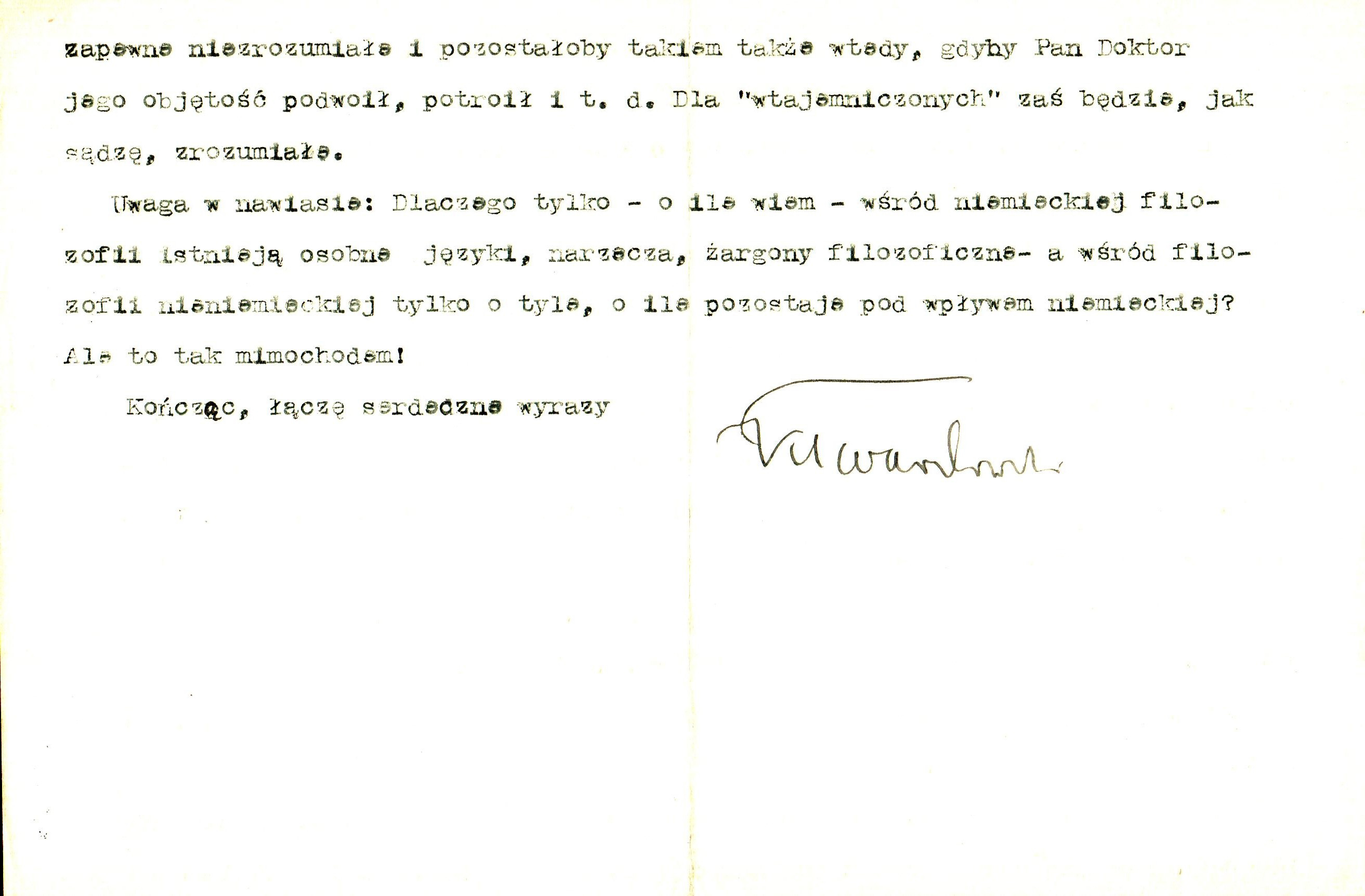 Having left Lviv on 1 July, I returned only a few days ago and found your letter from the 8th of this month as well as (at the office of the Dean of Philosophy) the ministerial settlement of your nostrification. However, because the Ministry, through an oversight, didn’t return your diploma to us along with the document, and since (the result of our urgency) we can’t expect it for several days, I’m sending you in the meantime a copy of the ministerial settlement, which you can, if necessary, attach to the application directed to the Ministry. The copy, signed by Dean Siemiradzki[O1] , and additionally furnished with an official stamp, should suffice.

Congratulations on completing the habilitation thesis. Since the manuscript is going to be retyped, please send it to me immediately in Lviv. If I go away for the summer holiday at all, I’ll do so only in the second half of August or in September. At the moment I’m staying here.

The summary of the lecture you delivered at the Congress has reached us. For those who are unaccustomed to Husserl’s views and terminology, it’ll probably be incomprehensible and would remain so even if you made it twice or three times as long. For the ‘initiated’, however, I think it’ll be comprehensible.

A parenthetical remark: Why is it only (as far as I know) in German philosophy that there are distinct languages, dialects, and philosophical jargons ‒ and in non-German philosophy, only inasmuch as it is subject to German influence? But I mention this only in passing!

In closing, I enclose cordial regards

Letter to the Committee of the Library of Classics of Philosophy written 12.03.1956