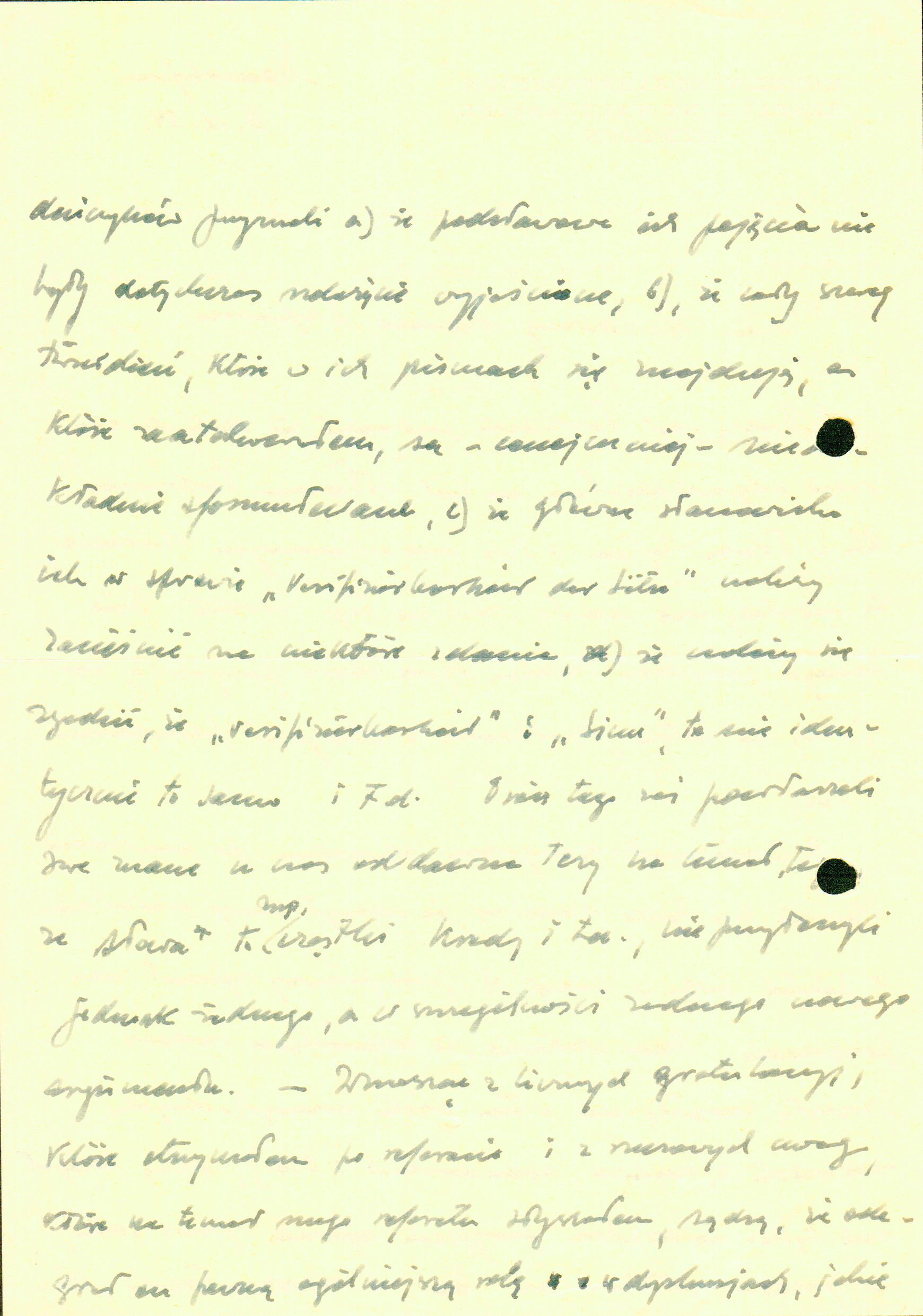 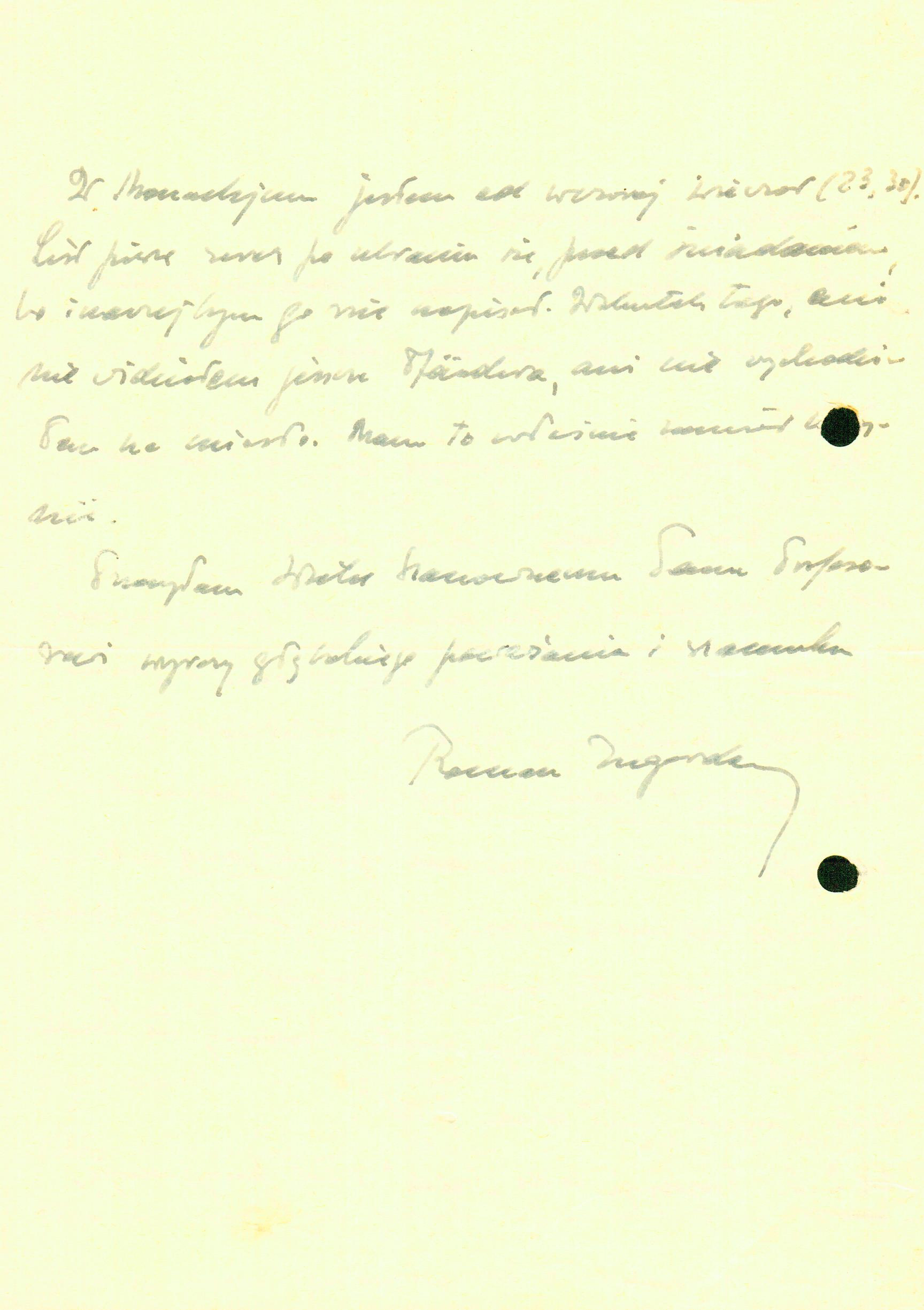 Please graciously forgive me for not having replied to your letter before this. But in Prague, I was on such a constant treadmill that unfortunately I couldn’t manage it. In addition to the meetings themselves, it took me a great deal of time to get to the hotel, meet with foreign philosophers, etc.

I’ll tell you about my impressions of the Congress after I return. For now I’ll just tell you that my lecture was on Friday afternoon in Section A as the first paper at the meeting. I have the impression that I was a success (anyway, so I was told by many scholars – foreign – German, Czech, Dutch, etc.), as shown not only by the warm reception to the lecture by the audience in the hall, but also, above all, by the admission of the ‘Viennese’ representatives that a) their basic concepts have not been adequately explained heretofore; b) that the whole series of assertions found in their writings and which I attacked are – to say the least – imprecisely formulated; c) that their main position in the case of ‘Verifizierbarkeit der Sätze’ [Verifiability of sentences] should be reinforced for some sentences; d) that it ought to be agreed that ‘Verifizierbarkeit’ [verifiability] and ‘Sinn’ [sense, meaning] are not identical, and so on. Apart from that, they repeated their thesis, well known for a long time in Poland, that words are e.g. particles […] etc., but offered no – and particularly no new – arguments. – Judging from the numerous congratulations I received after the lecture and from substantive remarks I heard concerning my paper, I think that it played a more general role in the discussions at the Congress. –

I’d also like to respond to the matter of the proofs of my dissertation and of your questions. Thus:

ad [Latin: concerning] 1. I agree to the suggestion that the word ‘auf’ [German: on, in] should be added to the words ‘einer klasse’ [German: a class].

ad 2. Replacing the words ‘auf ein mal’ [German: at once] with ‘zugleich’ [German: at the same time] weakens the statement, since it concerns not so much the ‘simultaneity’ of the intuitive approach as the fact that it ‘at once’ [illegible][O1]  both the attribute and the subject. If ‘auf ein mal’ is incorrect, of course it can’t stay. But if it’s merely unlovely in stylistic terms, then perhaps you’ll agree to leave this phrase as is. It might also read ‘zugleich, mit einem Griff’ [German: (literally) at the same time, with a handle[O2] ].

I’ve been in Munich since yesterday evening (11.30 pm). I’m writing this letter immediately after getting dressed, before breakfast, otherwise I wouldn’t be able to write it. As a result, I’ve neither seen Pfänder [O3] yet, nor gone into the city, which is just what I intend to do.

I send you expressions of profound esteem and respect