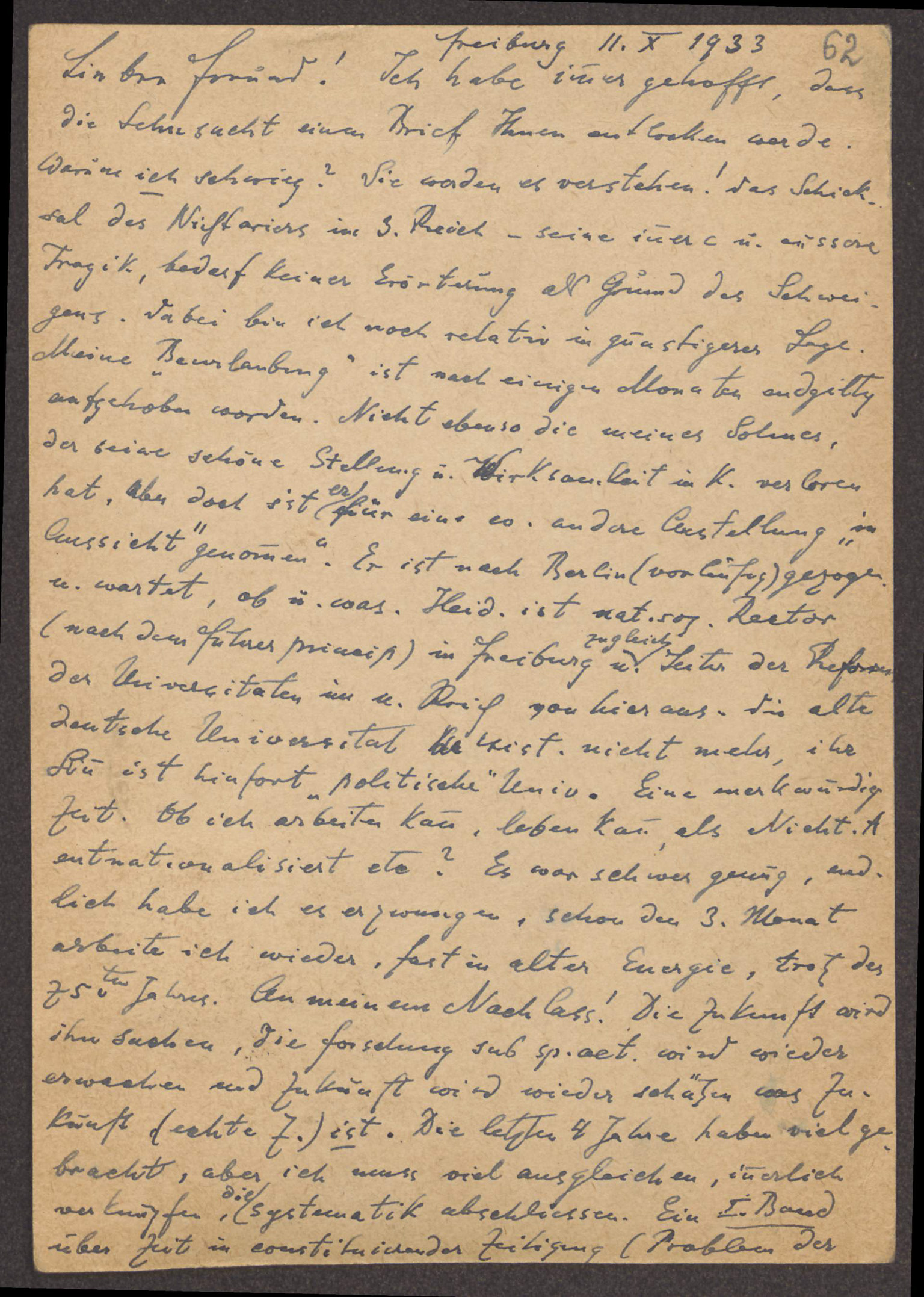 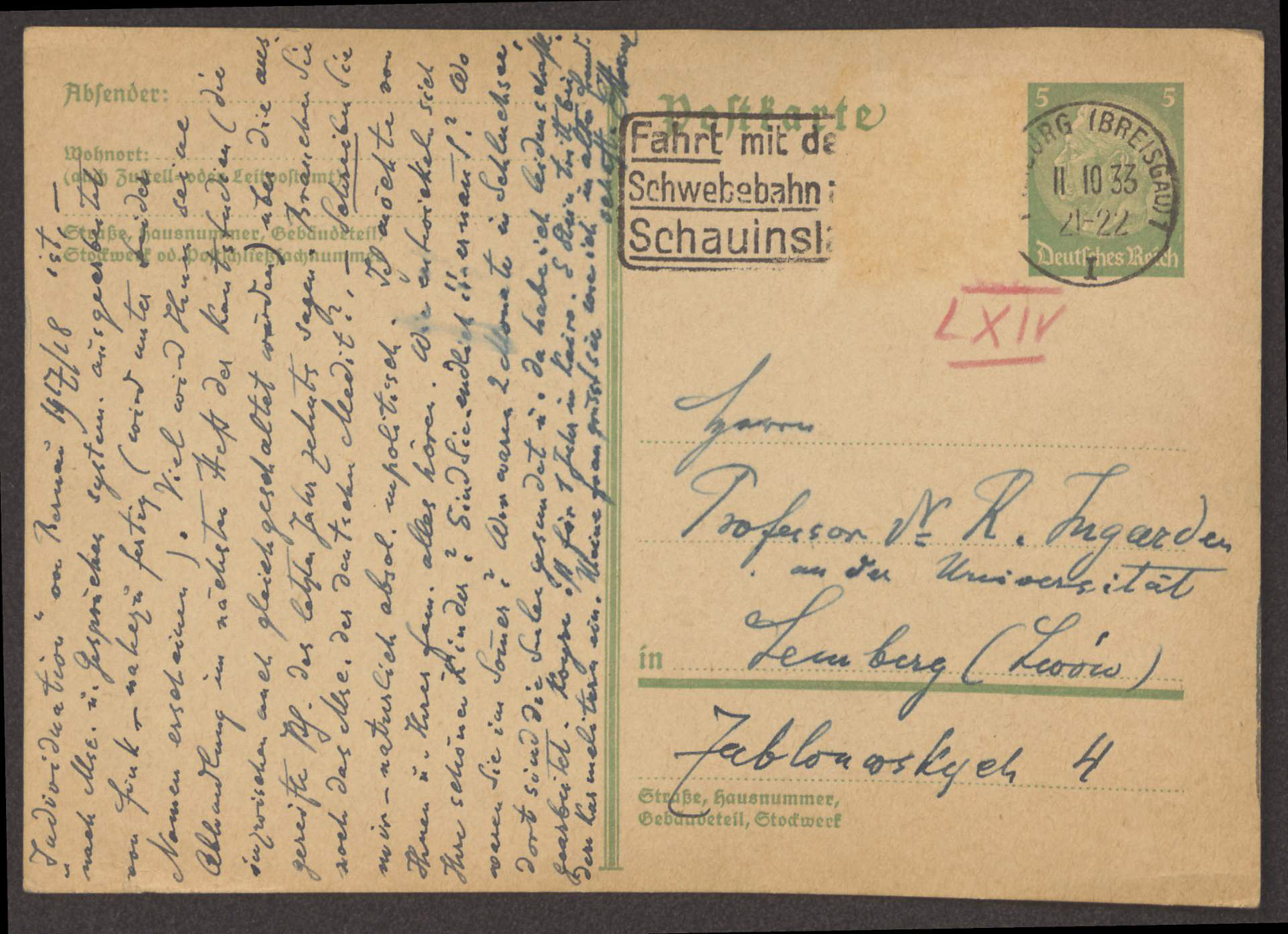 I have always hoped that your longing for me would elicit a letter from you. Why have I been silent? I hope you will understand the reason for my silence. The fate of a non-Aryan in the Third Reich – its internal and external tragedy – needs no further explanation as a reason for silence. At the same time, I find myself still in a relatively favorable situation. My “leave of absence” was cancelled after a few months, but not so for my son, who lost his wonderful position and sphere of influence in K[iel]. Nevertheless, he was “promised” another position, possibly. In the meantime, he (preliminarily) moved to Berlin to wait and see. Heid[egger] has been appointed nat[ional]-soc[ialist] rector (according to the “Führer” principle) in Freiburg and, at the same time, he is head of the Reform of the Universities of the N[ew] Reich from here. The old German University no longer exist[s] and has become the “political” univ[ersity] so to speak. A strange time. Will I be able to work, live, etc., denationalized as a non-Aryan? It was hard enough, but I finally forced myself to get back to work, and I have been working for three months now almost at the old level of energy, despite the fact that I am 75 years old… I have been working on my bequest! Future generations will be looking for it, research sub sp[ecie ] aet[ernitatis] will awaken again, and the future will appreciate the meaning of future (the real future). I have come far in the last four years, but there is so much I still have to adjust and connect internally to complete the system. A first volume on constitution of time (problem of Bernau’s “Individuation” of 1917/18) is, based on manuscripts and discussions which Fink systematically prepared, almost finished and will be published under both names. His work in the next issue of Kantstudien (which have since been brought into line) on the ph[enomenology] developed during the last decade. Do you still need the manuscript of the German Medit[ations]? – Please write to me – of course absolutely apolitical. I would like to know everything about you and your family. How are your wonderful children developing? Have you finally been appointed? Where did you spend the summer? We were in Schluchsee for two months to refresh our minds, and I was able to work a lot. Koyré is in Cairo for one year. E[dith ] Stein is joining the Carmelites. My wife says hello and sends her regards, like me, in old friendship.