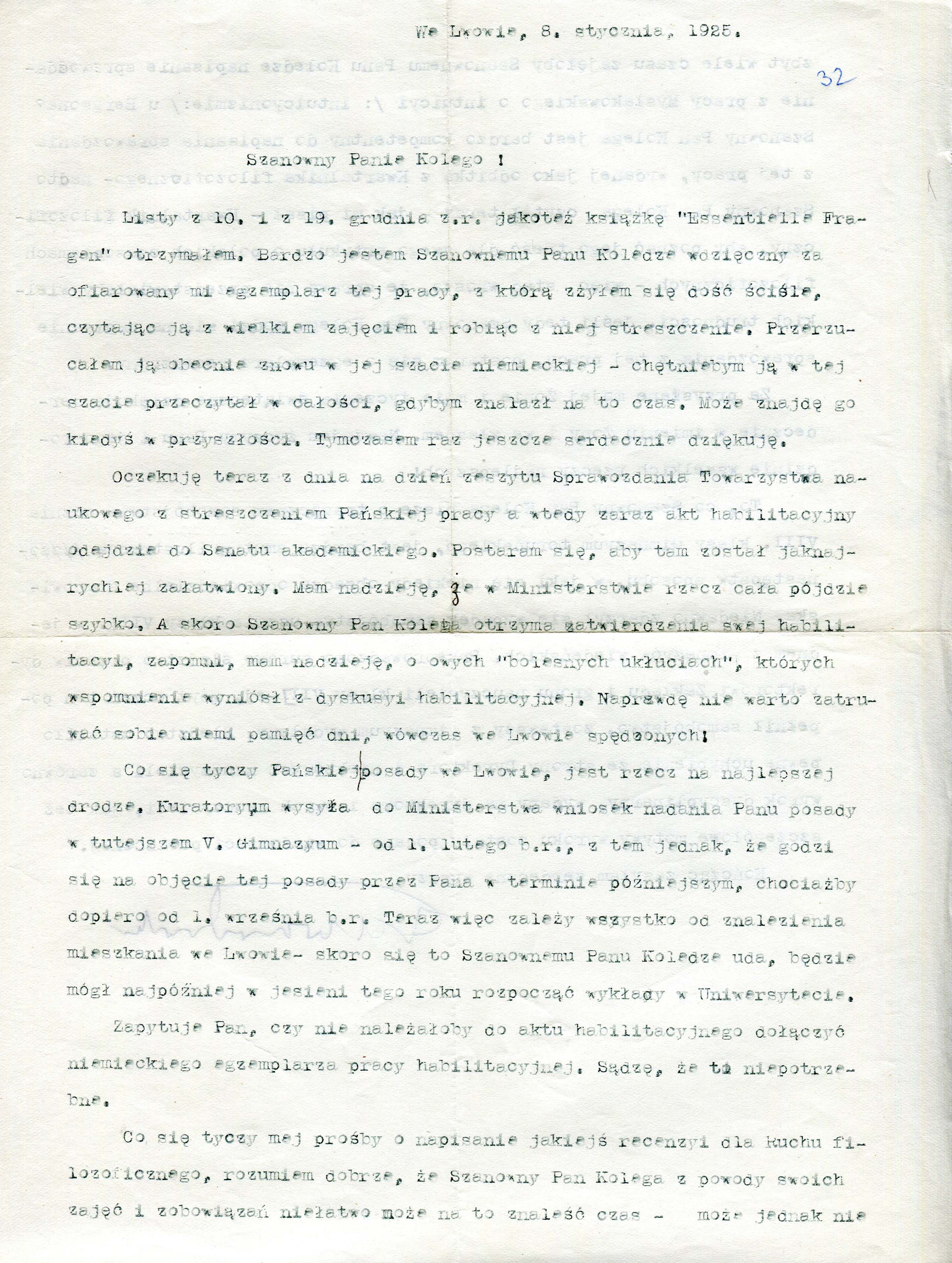 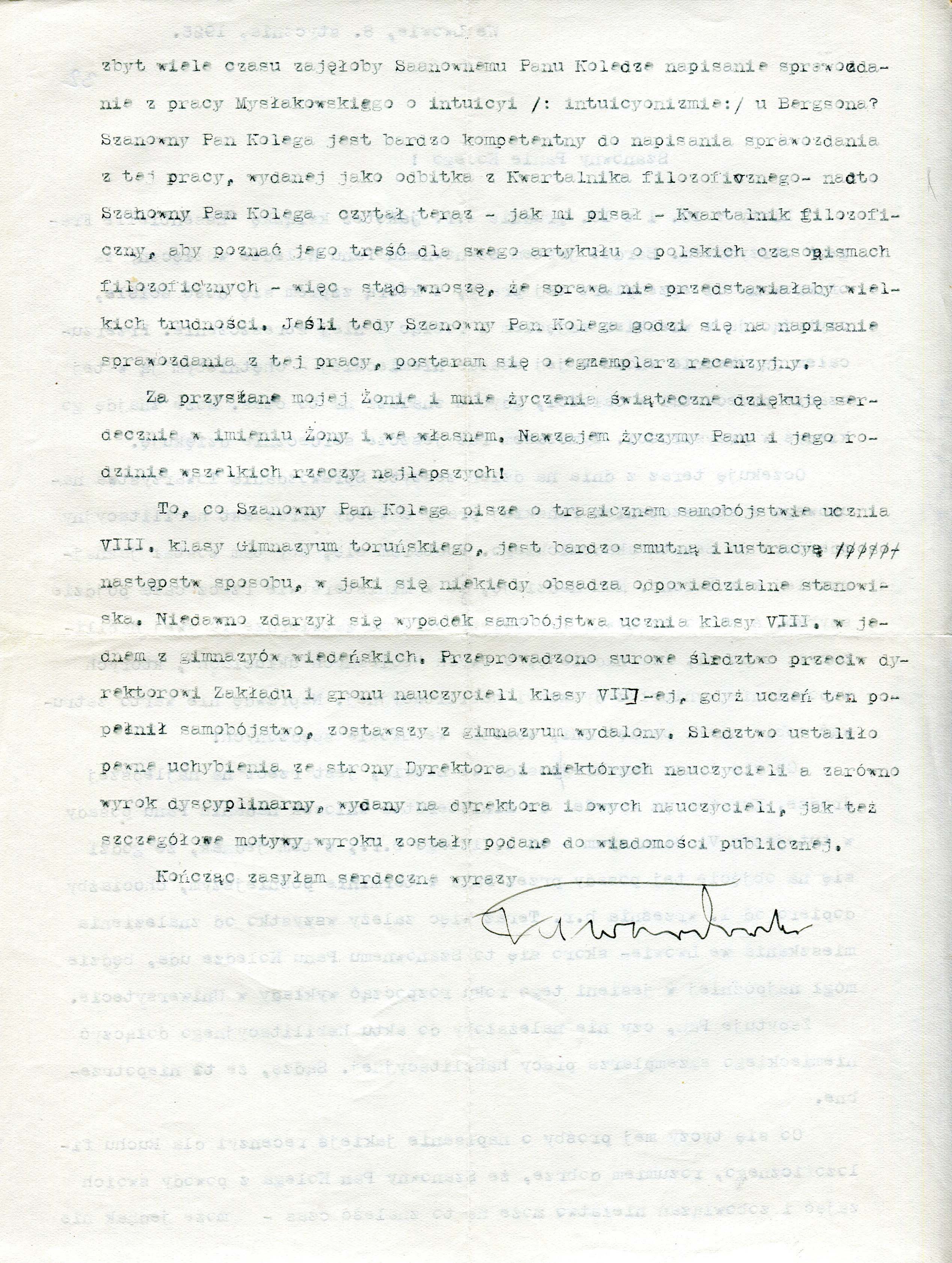 I’ve received your letters of 10 and 19 December of last year, as well as the book Essentielle Fragen. I’m very grateful to you for the copy given me of this paper, with which I’ve formed a rather close bond through reading it with great attention and summarising it. Now I’ve skimmed through it again in its German garb ‒ in which I’d gladly read it in its entirety, if I could find the time to do so. Maybe I’ll find it at some point in the future. Meanwhile, I cordially thank you once again.

Any day now, I’m expecting the issue of the Reports of the scientific Society with the summary of your paper, at which point the act of habilitation will go to the academic Senate. I’ll try to make sure that it’s taken care of as soon as possible there. I hope that the whole thing will go quickly at the Ministry. And when you receive the confirmation of your habilitation, I hope you’ll forget about those ‘painful thrusts’ you remember from the habilitation discussion. Truly, it’s not worth letting them poison the memory of the days you spent in Lviv!

As for your position in Lviv, the matter’s progressing very well. The School Board has sent a request to the Ministry to give you a post at the local middle school no. 5 – as of 1 February this year, with the stipulation, however, that it agrees to your assumption of this position at a later date, even as late as 1 September of this year. Thus, everything depends now on finding a flat in Lviv – if you succeed, you’ll be able to start lecturing at the University in the autumn of this year.

I cordially thank you on behalf of my wife and myself for the Christmas wishes you sent us, and in return we wish you and your family all the best!

What you write about the tragic suicide of the student at secondary school no. 8 in Toruń is a very sad illustration of the consequences of the way in which responsible positions are sometimes filled. Recently, there was an incident of suicide in the eighth class of one of the Viennese middle schools. A strict investigation of the headmaster of the institution and the teachers of the eighth class was carried out, since the student had committed suicide after being expelled from the school. The investigation identified certain shortcomings on the part of the headmaster and some teachers, and both the disciplinary judgment issued against the headmaster and those teachers and detailed grounds for the judgment were made public.

In closing, I send cordial regards