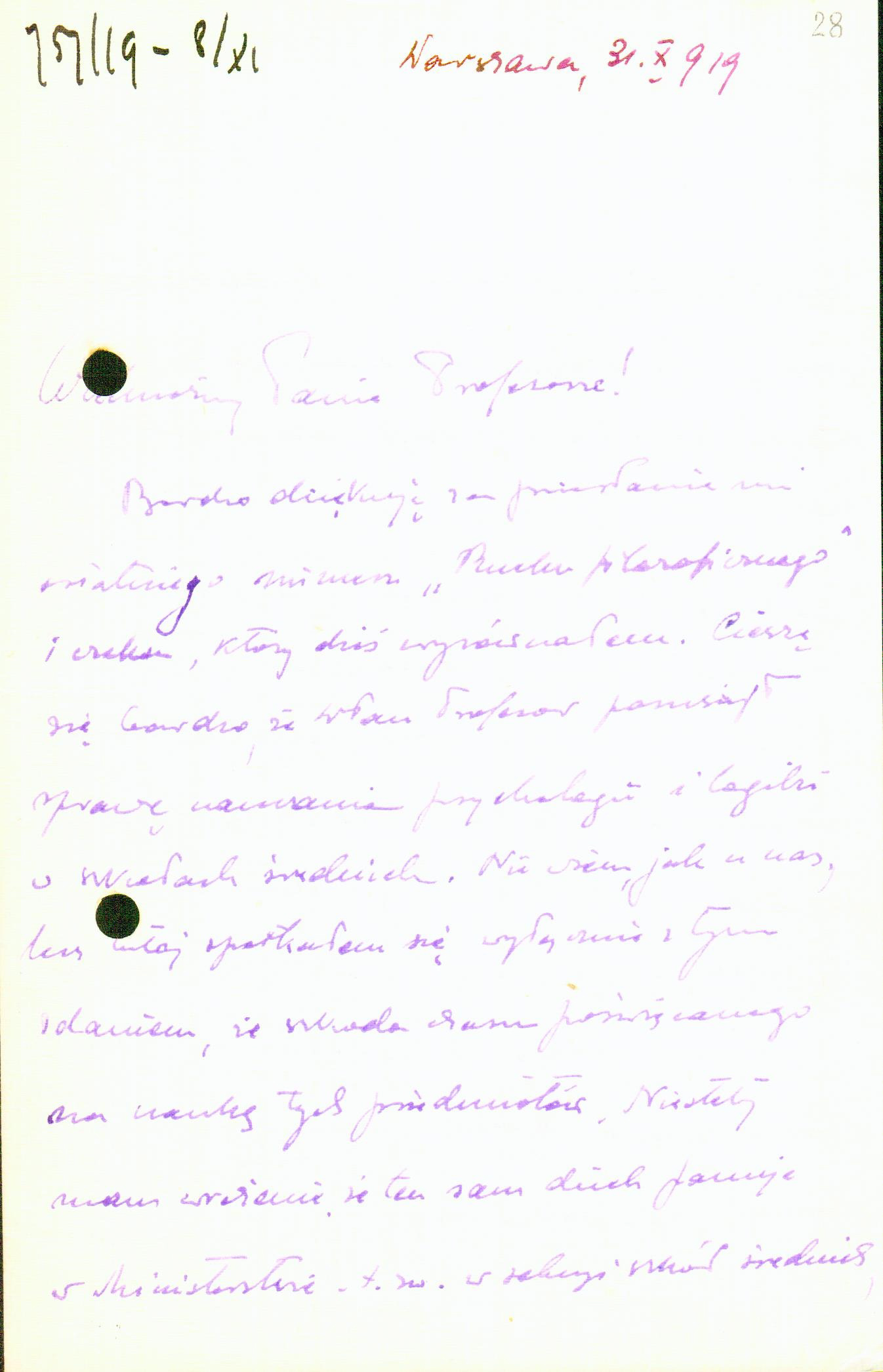 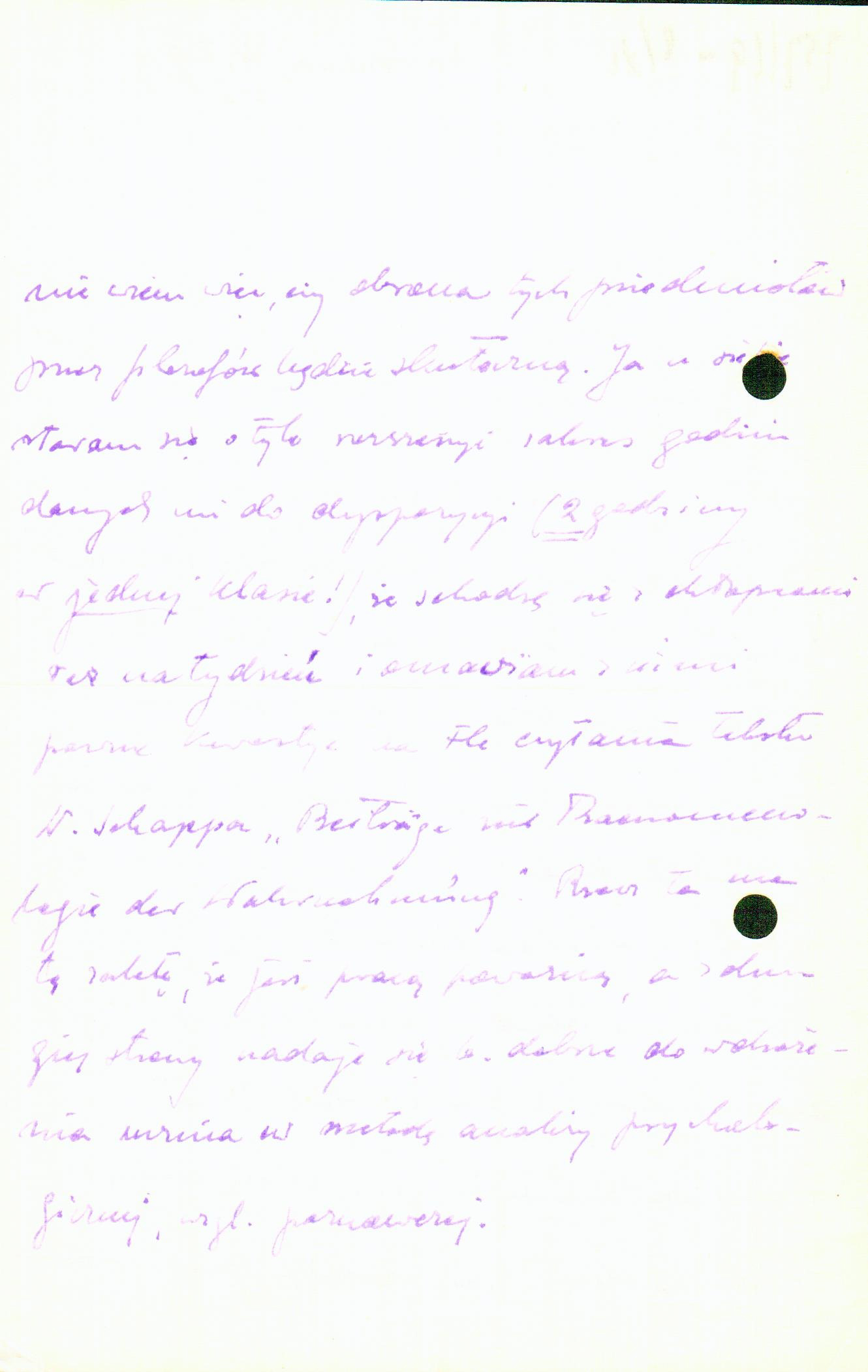 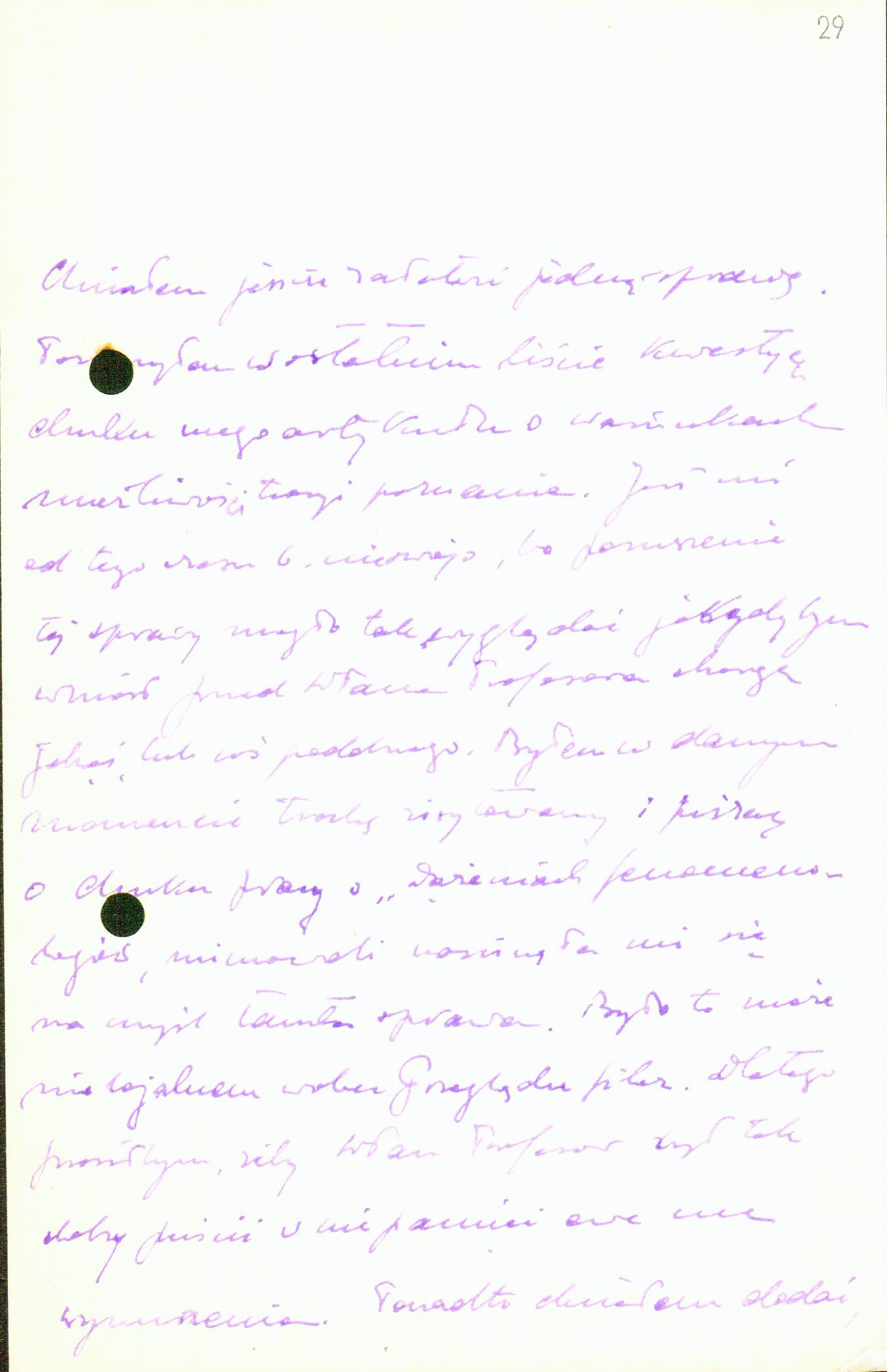 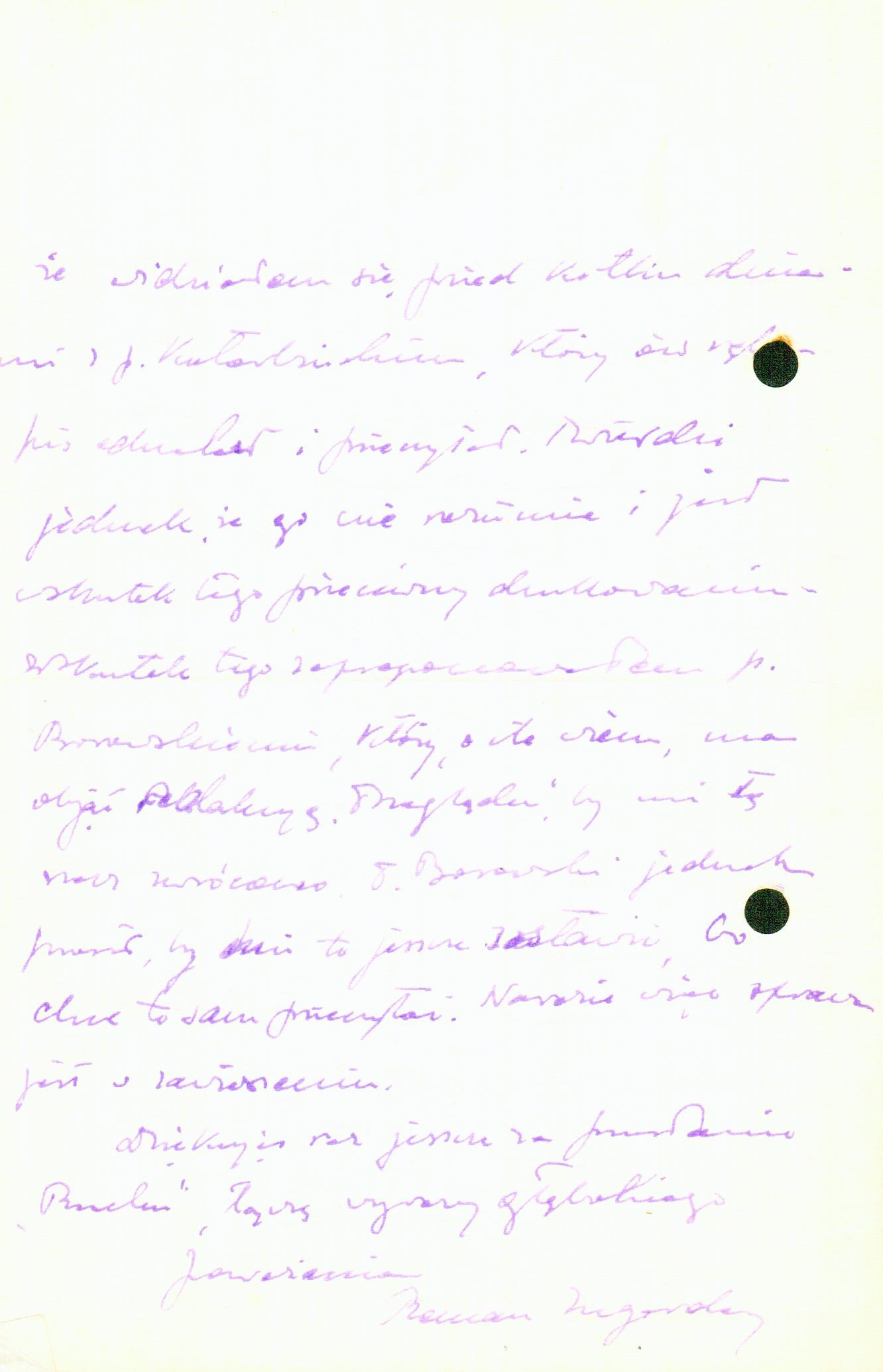 Thank you very much for sending me the latest issue of Philosophical Movement and the cheque, which I cashed today. I’m very glad you brought up the matter of teaching psychology and logic in secondary schools. I do not know how it is with us[O1] , but here without exception I’ve encountered the opinion that time devoted to learning these subjects is wasted. Unfortunately, I have the impression that the same spirit prevails in the Ministry, i.e. in the secondary school section; therefore, I don’t know whether the defence of these subjects by philosophers would be effective. For my part, I’m trying to expand the time placed at my disposition (2 hours for one class!) to the point that I can go down once a week with the boys and discuss certain issues with them on the basis of reading W. Schapp[O2] ’s article ‘Beiträge zur Phaenomenologie der Wahrnehmung’ [German: Contributions to the Phenomenology of Perception]. This item has the advantage of being a serious paper, while on the other hand it’s very good for introducing the student to the method of psychological, i.e. cognitive, analysis.

I wanted to settle one more thing. In my last letter I raised the issue of printing my article about conditions governing the potential for a theory of cognition. I’ve been very uncomfortable since then, because raising this matter may have made it appear as if I’d complained to you or something along those lines. I was a bit irritated at that moment, and, in writing about printing the paper on ‘The Aims of Phenomenologists’, that issue involuntarily came to mind. That was perhaps disloyal to Philos. Review. Accordingly, I’d ask you to be so good as to forget those effusions of mine. Moreover, I wanted to add that a few days ago I saw Mr Kotarbiński, who found the manuscript in question and read it through. He declares, however, that he doesn’t understand it and as a result is opposed to printing it ‒ As a result of that, I suggested to Mr Borowski, who, as I understand it, is supposed to take over as editor of Review, that the thing should be returned to me. However, Mr Borowski asked me to leave it with him for a while longer, because he wants to read it himself. So as of now, the matter is up in the air.

Thanks again for sending Movement. I attach expressions of profound esteem

Letter to the Committee of the Library of Classics of Philosophy written 10.06.1952