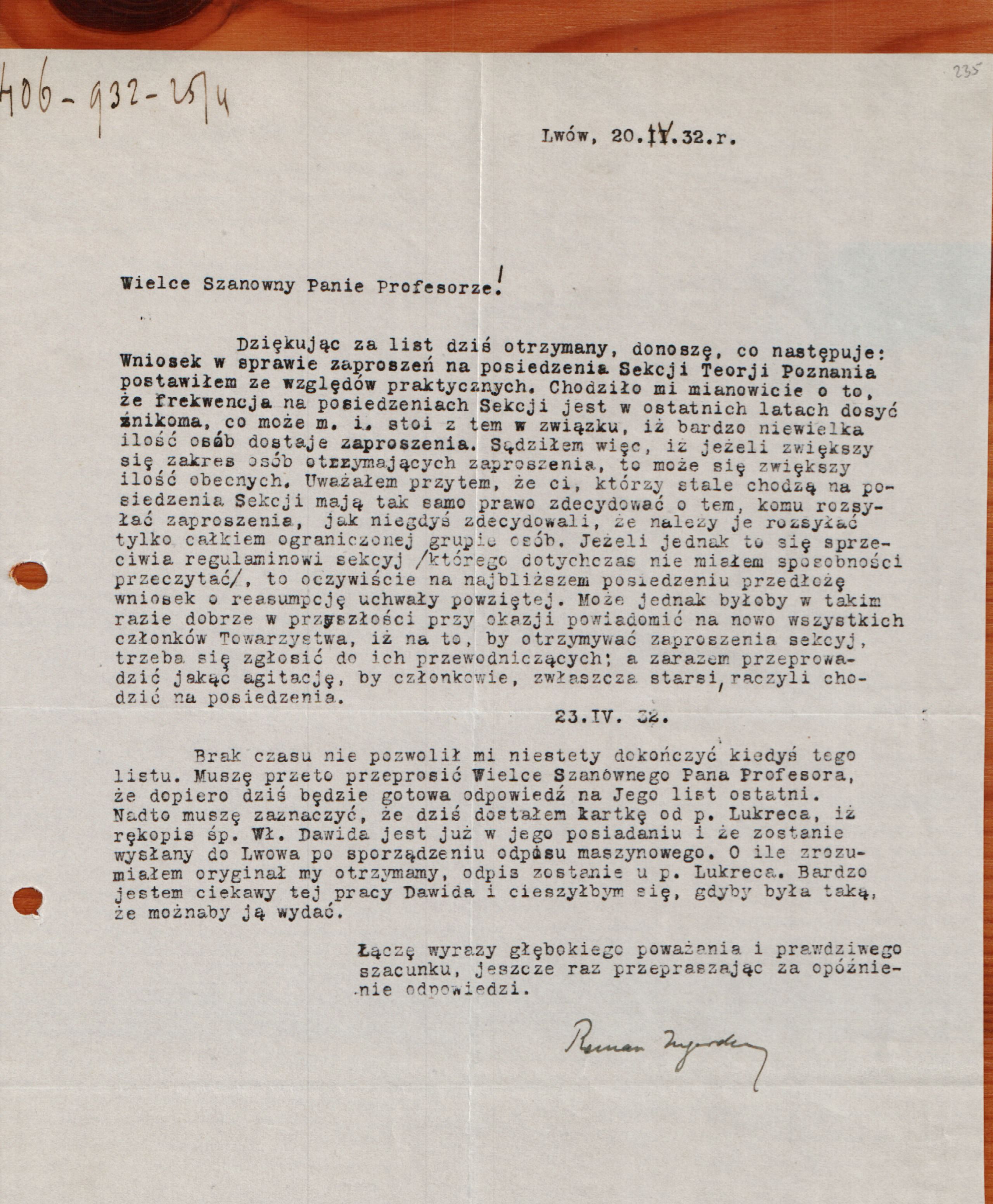 In thanking you for your letter, which I received today, I wish to inform you of the following: I made the motion in the matter of invitations for the meeting of the Section of the Theory of Cognition for practical reasons. Specifically, I was concerned that attendance at meetings of the Section has, in recent years, been rather negligible, which might be because, inter alia, a very small number of people receive invitations. I thought, accordingly, that expanding the range of individuals receiving invitations might increase the number of those present. In this regard I believed that those who regularly attend meetings of the Section have the same right to decide to whom invitations should be sent as when they once decided that they should only be sent to a very limited group of people. However, if this is against the regulations of the section (which I’ve never had the opportunity to read), I will, of course, submit a motion for a second vote on the adopted resolution at the next meeting. Perhaps, however, it would be a good thing in the future, given the occasion, to notify all members of the Society once again that in order to receive section invitations it is necessary to report to their chairmen, and at the same time to carry out some kind of propaganda, so that members, especially the elderly, might deign to attend meetings.

Lack of time unfortunately prevented me from finishing this letter. Accordingly, I have to apologise to you for the fact that this reply to your last letter will be ready only today. In addition, I must point out that today I received a card from Mr Lukrec, to the effect that the late W. Dawid’s manuscript is already in his possession and that it’ll be sent to Lviv once a copy has been typed. As I understood it, we’ll get the original; the copy will remain with Mr Lukrec. I’m very curious about Dawid’s paper and will be happy if it proves publishable.

I enclose expressions of profound esteem and true respect, while apologising once again for my delay in replying.

Letter to the Committee of the Library of Classics of Philosophy written 06.11.1951

Letter to the Committee of the Library of Classics of Philosophy written 04.11.1952