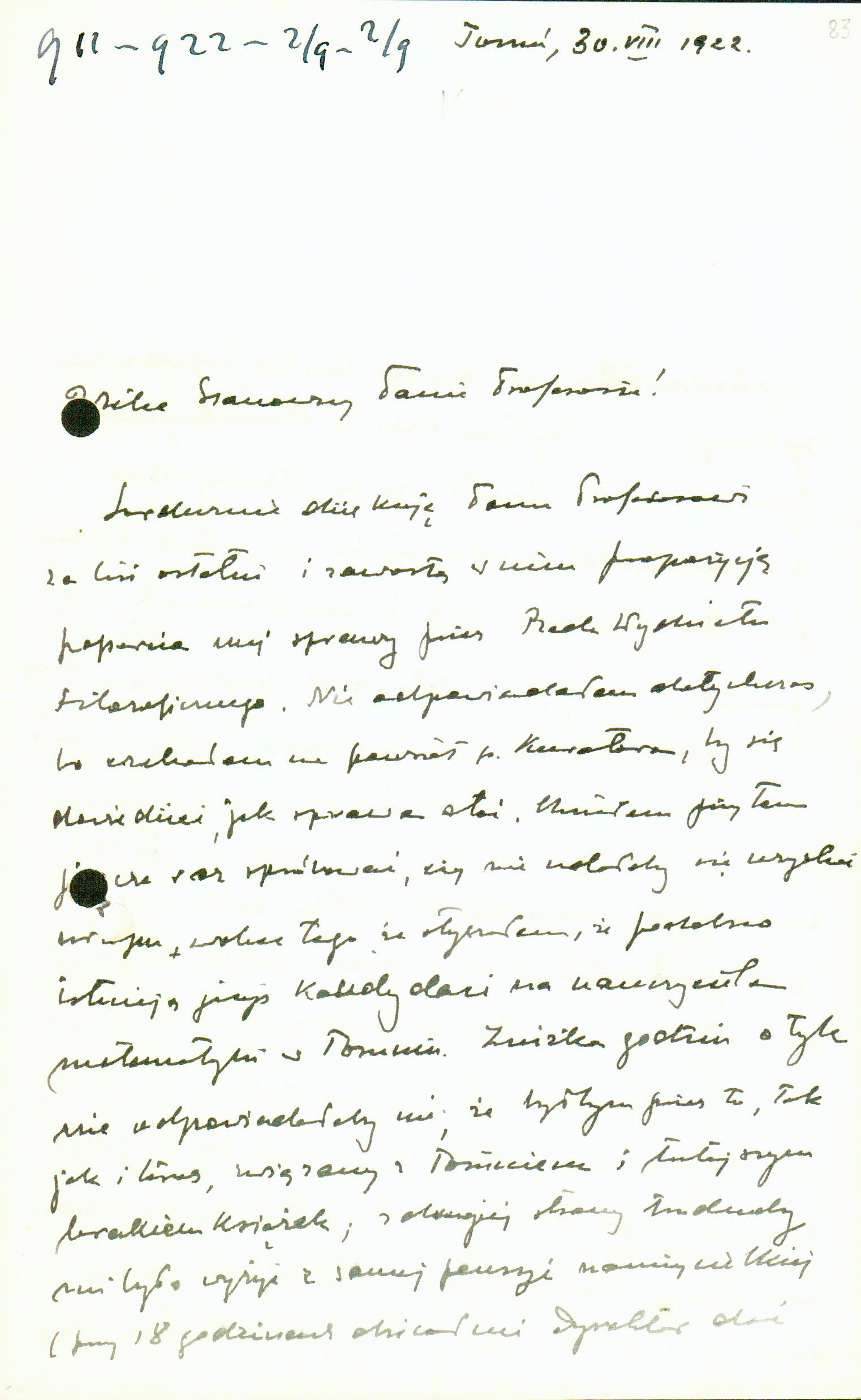 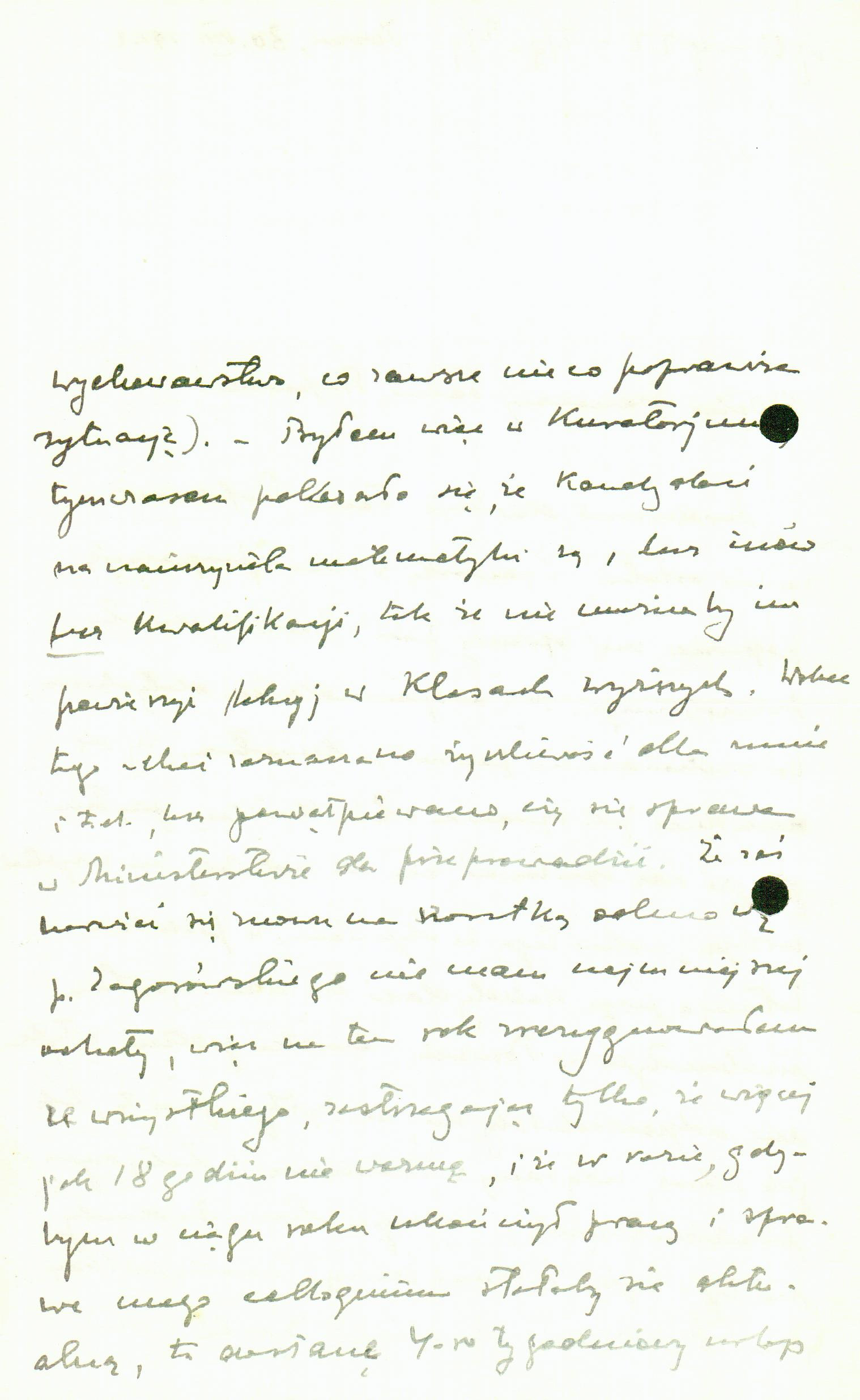 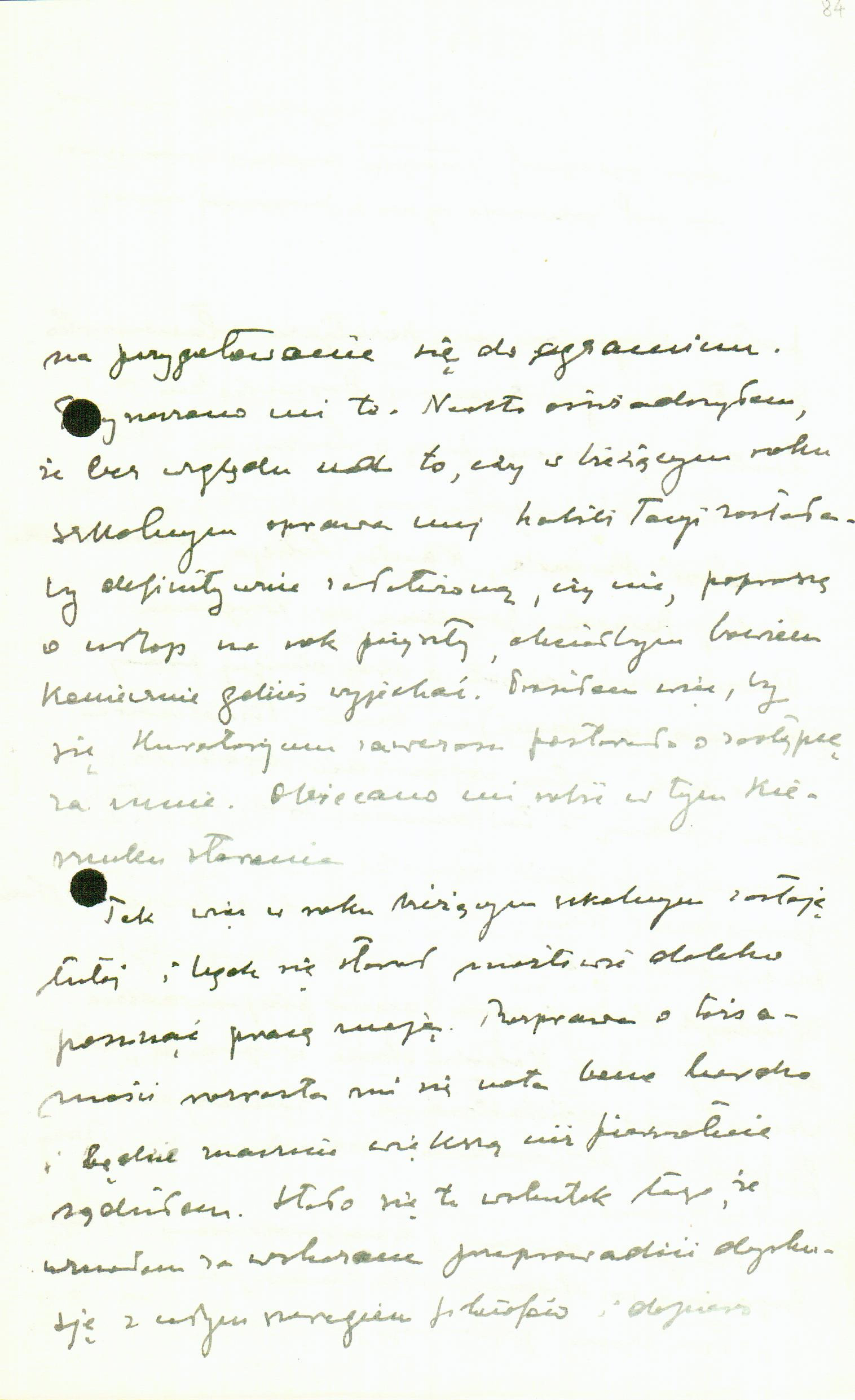 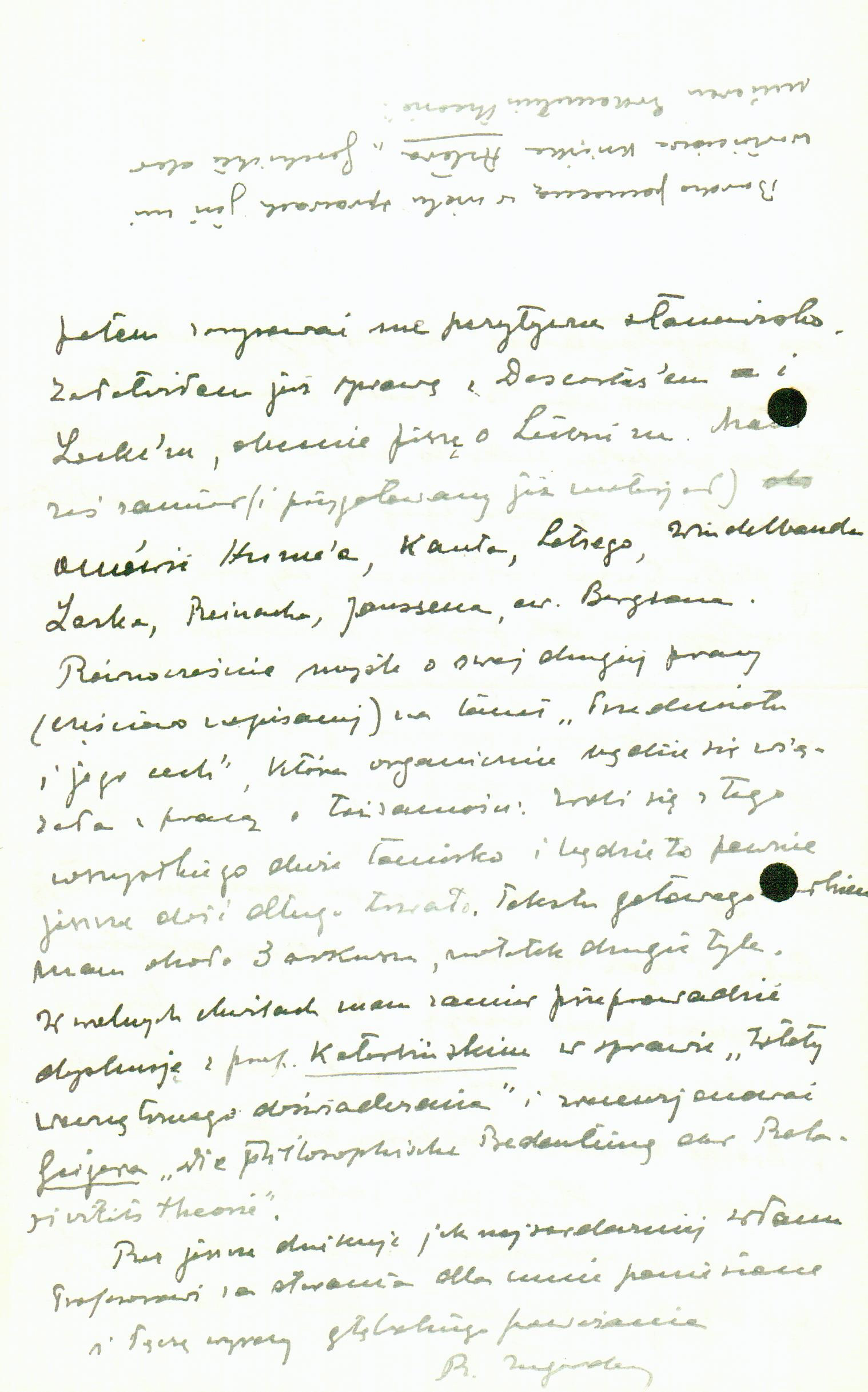 I cordially thank you for your last letter and the offer to support my cause in the Council of the Philosophy Department included therein. I haven’t replied until now, because I’ve been waiting for the Superintendent to return to find out how the matter stands. I wanted in this way to check again whether it might not be possible to obtain a leave of absence, given that I’ve heard that there are reportedly some candidates for the position of mathematics teacher in Toruń. I wouldn’t be satisfied with a reduction in the number of hours, in the sense that I would thus be, as I am now, tied to Toruń and the lack of books here; meanwhile, it would be difficult for me to live on my teacher’s salary alone (along with the 18 hours, the headmaster promised to give me work as a class advisor, which always improves the situation a bit). ‒ So I went to the Board; meanwhile, it’s turned out that there are candidates for the position of mathematics teacher, but again without qualifications, so that they couldn’t be entrusted with lessons for the higher grades. In view of this ‒ even though they were very nice to me and so on, it was doubtful whether the thing could get through the Ministry. Since I don’t have the slightest desire to expose myself once again to a harsh refusal from Mr Zagórowski, I’ve given up everything for this year, stipulating only that I won’t take more than 18 hours, and that if, within the year, I finish my work and the matter of my colloquium comes into effect, I’ll get a 4-week leave to prepare for the exam. I’ve been promised that much. Moreover, I stated that, regardless of whether the matter of my habilitation is definitively settled within the current school year or not, I’m going to request a leave of absence for the next year, because I’d definitely like to travel somewhere. I asked the Board, therefore, to arrange a substitute for me in advance. I was promised that efforts would be made in this direction.

Accordingly, then, I’m going to stay here for the current school year and will try to move my work as far forward as possible. The dissertation on identity has grown, nota bene, and is going to be much longer than I originally thought. This happened because I thought it advisable to conduct a discussion with a whole series of philosophers, and only then to outline my positive position. I’ve already settled things with Descartes and Locke; at present, I’m writing about Leibniz. I intend (and have already prepared the material) to discuss Hume, Kant, Lotze, Windelband, Locke, Reinach, Janssen[O1] , and possibly Bergson. At the same time I’m thinking about my other paper (partly written) on the topic ‘the subject[O2]  and its attributes’, which will be organically linked with the paper on identity. All of this will amount to a large volume, and will certainly take a fairly long time yet. I have approximately 3 arkuszy[O3]  of completely prepared text, and twice as much in the form of notes. In my free time, I intend to conduct a discussion with Prof. Kotarbiński on the issue of ‘The essence of internal experience’ and to review Geiger’s Die philosophische Bedeutung der Relativitäts theorie [The philosophical meaning of the theory of relativity].

Once again, I most cordially thank you for the efforts you’ve exerted for me and enclose expressions of profound esteem

Aster[O4] ’s valuable book Geschichte der neueren Erkenntnistheorie [History of modern epistemology] has been very helpful to me on many issues.